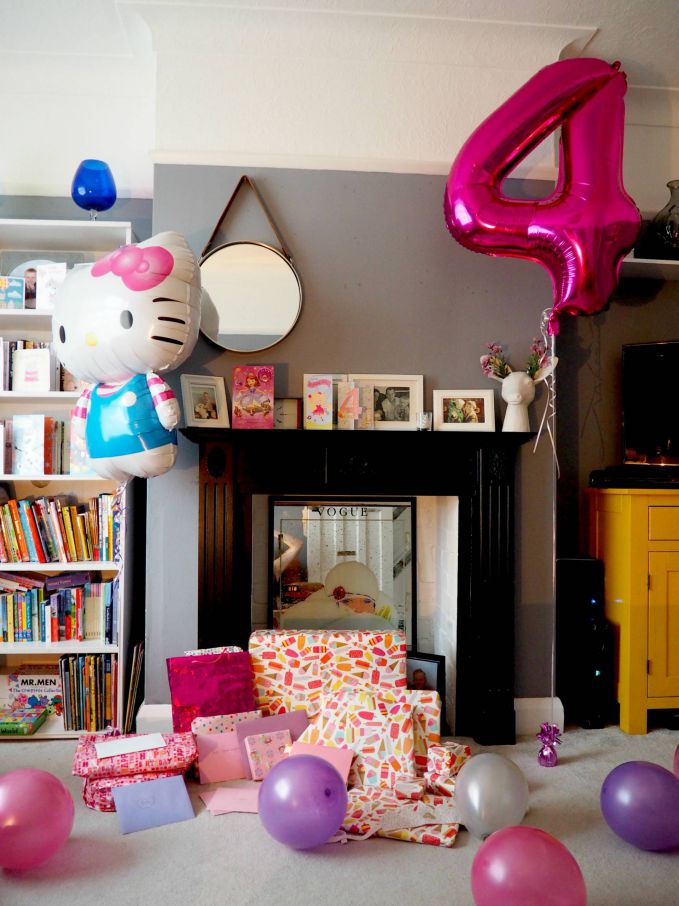 I am well aware that I am a week behind in writing this, but like I mentioned in our previous post about our (hopefully) impending house-move, I’ve been so busy these past two weeks or so, and with my other job too, that this poor little blog of mine has fallen by the wayside a bit, but fingers crossed this won’t be the case anymore! My head is back together and I’m looking forward to catching up on writing some posts and enjoying my favourite blogs too.

Sasha’s actual birthday was last Tuesday, but the weekend before was party-central as far as she was concerned: A soft play party for pre-school friends on the Saturday (best place to go-ish during nice weather, literally NO ONE was there apart from our party, unheard of on a weekend!), and then our usual, big family party on the Sunday. We’ve been so lucky with the weather since she’s been born and have managed to hold a big BBQ and have the bouncy castle out every year- the joys of a summer birthday, and as someone with a November one I am very envious of her!

Here are a few snaps from that Sunday… 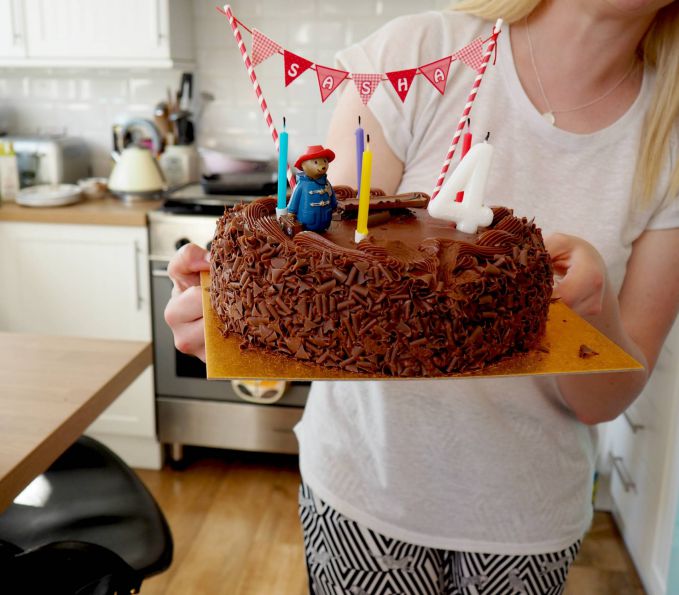 ^^^S requested a Paddington Bear-themed party, so we loosely went with this (and a good choice if I do say so myself!). I usually make both of their cakes myself, but this year for her I was really time-pressed and decided to just buy one and decorate it. It sounds ridiculous but I felt really bad doing this, but obviously no one else cared- we are hard on ourselves sometimes aren’t we?! She adored the cake (Sainsbos, I love you), and I bought the Paddington cake topper from an Ebay Store, and the cake bunting from an Ebay too. 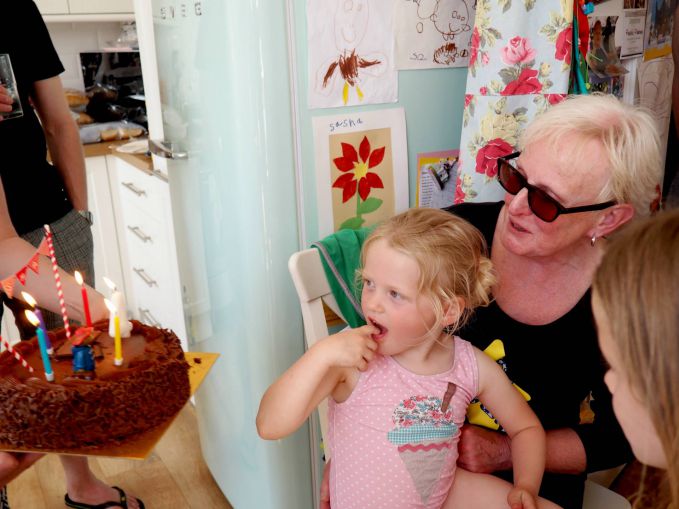 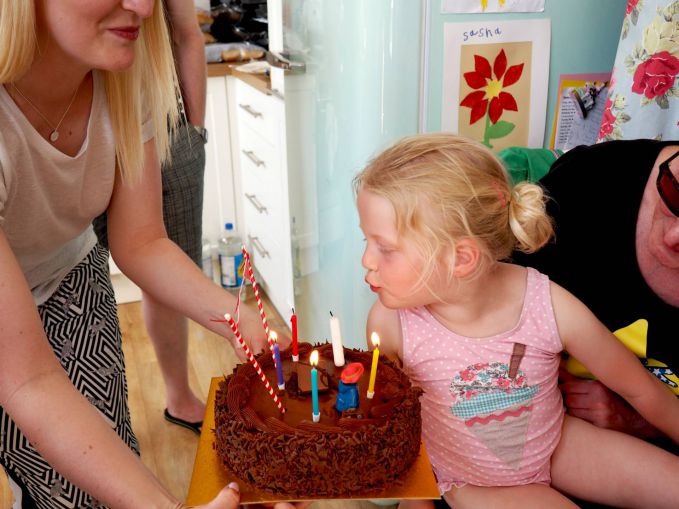 ^^^Blowing out the candles! The weather was scorching, almost too much, so we got the paddling pool out and the little ones were in and out of it all afternoon in their swimming costumes- perfect! 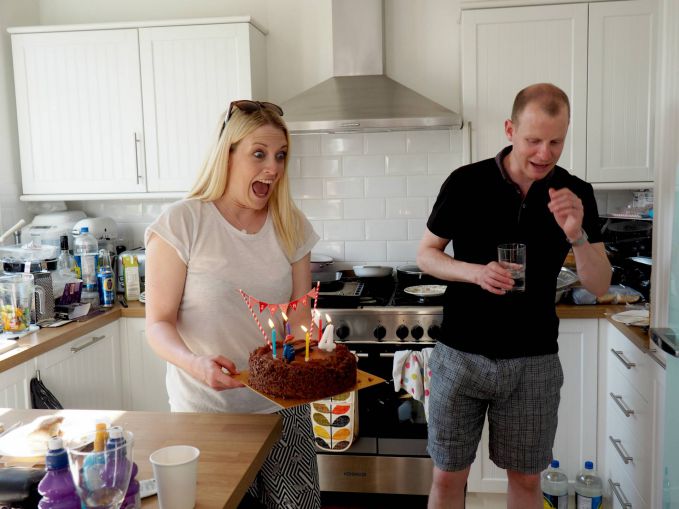 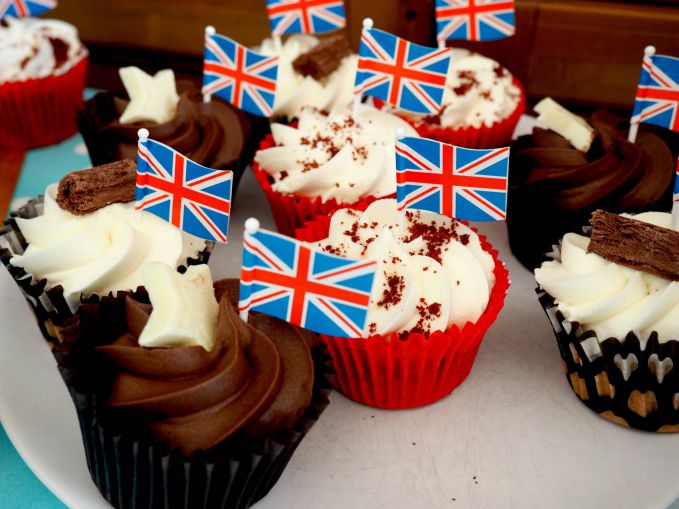 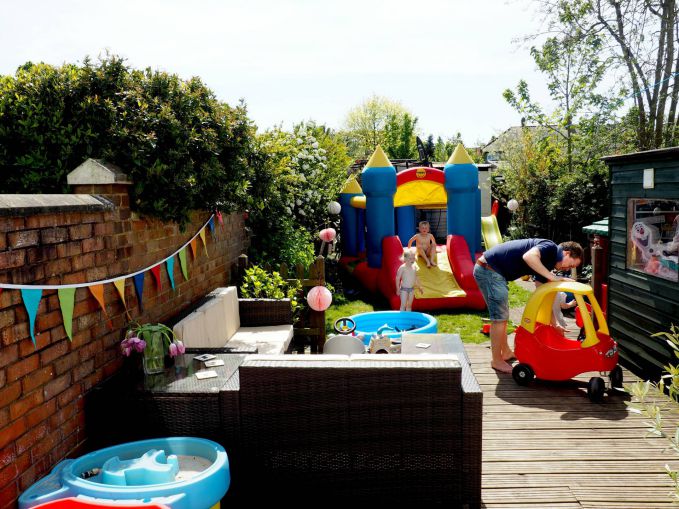 ^^^The garden before most people arrived- the bouncy castle was inherited from one of Adam’s cousins and takes up most of the space, not that the children minded at all! Note to self: Tulips do not like to be outside in the heat even when in a big vase of water, see left hand part of the photo… 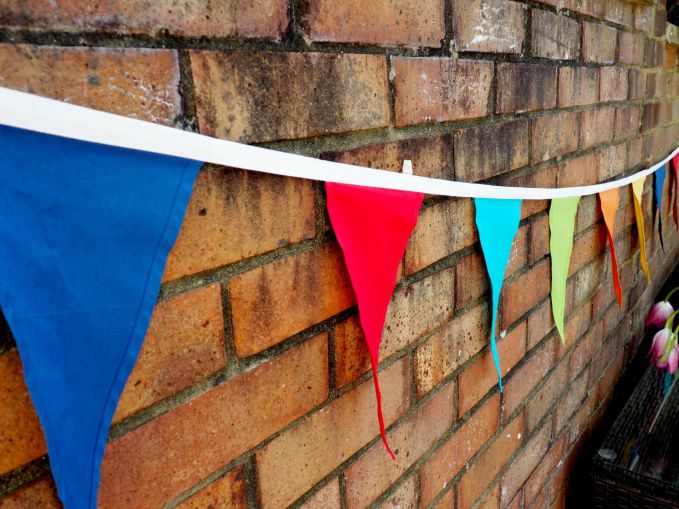 ^^^Gorgeous, colourful bunting courtesy of The Great Little Trading Co- we love being part of their testing team, and this bunting was lovely and long for hanging outside. 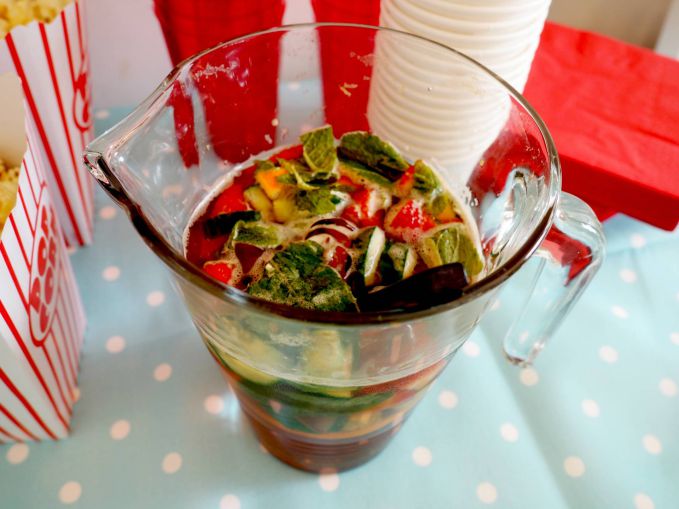 ^^^Pimms for the grown ups! I never used to be a fan, but now a favourite summer drink. 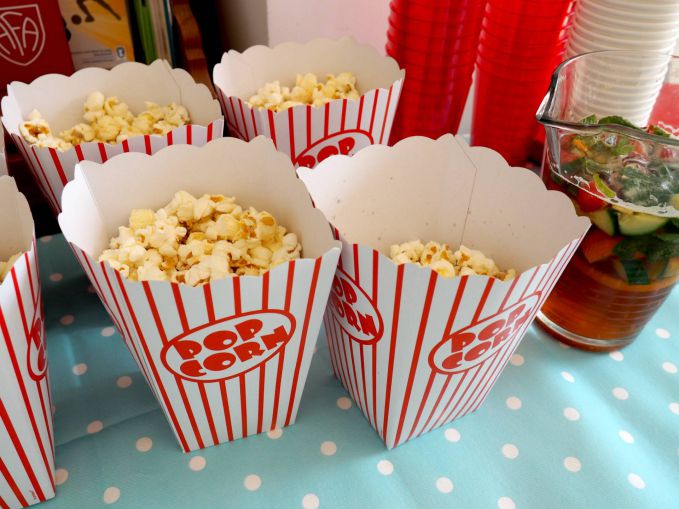 ^^^Slowly depleting popcorn buckets, thanks to Freddie’s light hands! I love these cartons from Tiger- that shop is just brilliant for party accessories. 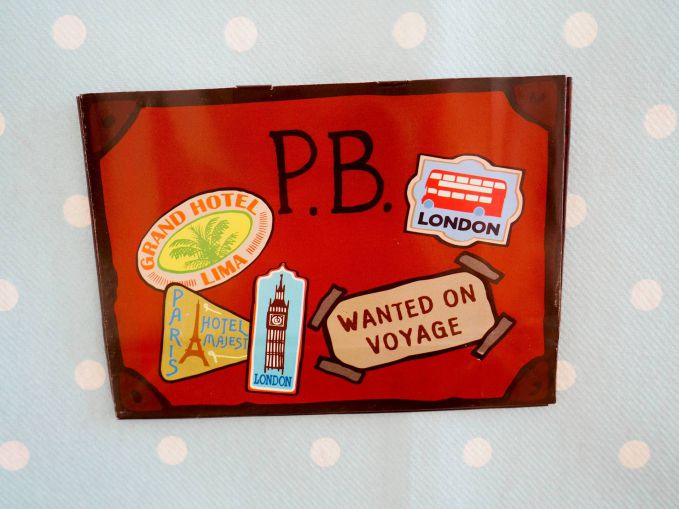 ^^^We stuck Paddington Bear decorations around the kitchen as a nod to everyone’s favourite Peruvian bear. The above is actually little party bags, and we had some left over so decided to bluetack them to the party tablecloth. 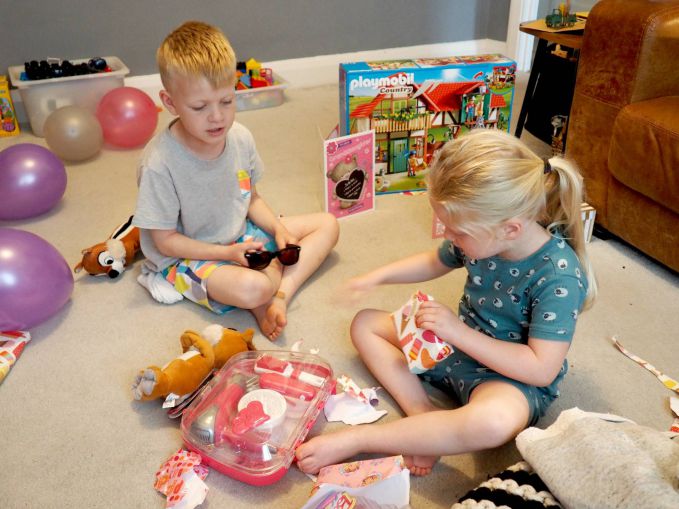 ^^^Opening presents on her actual birthday on the Tuesday. She was very spoilt by friends and family, but had actually only asked for one thing, a Playmobil Farm, so was chuffed to bits with all her surprises 🙂

So that’s that, only a few snaps, and we had a lot of people over (although it might not seem like it!), but thought I would just show a few of the Sunday- I didn’t actually pick my camera up that much which is sometimes quite nice.

In some ways I still can’t believe we have a 4 year old, and in others it feels like she’s been waiting to turn 4 for months now! This is a big year for her, what with starting school, and I can’t wait to see how she takes to that.