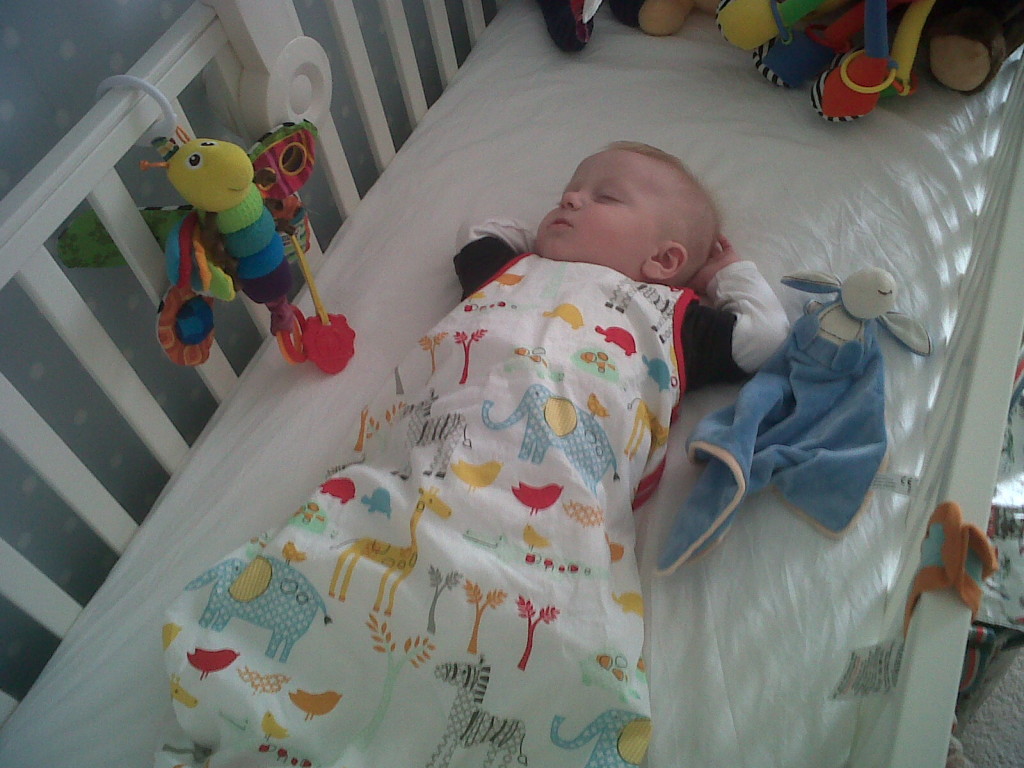 As a mum to a 3 and 4 year old, I have always been a big believer that sleep, or lack of it, has a HUGE impact on their mood, behaviour, and general well being. Freddie and Sasha generally go to bed about 7pm, the main reason being that they are children that no matter what time they go to bed, they will be up between 6am-6.30am. We have had times on holiday, for example, where they would be going to bed as late as 10pm, and they would STILL wake super-early, and therefore be really grumpy for the rest of the day. Props to the parents out there who keep their children up late to spend as much time as possible with them- I love the bones of my two, but by the evening I’m spent and like to enjoy some peace and quiet!

With their lark tendancies, I know mine definitely are happiest and most alert after a lengthy sleep. Of course, all children are different, but it’s interesting to know how much sleep is appropriate for your little (or not so little) one. So I found myself nodding along (and making a few mental notes) when Double Which? award-winning mattress company, Sealy, got in touch to talk to me about the importance of sleep for a growing child.

As members of both the BCA (British Chiropractic Association) and the Orthopedic Advisory Board, they really know their stuff when it comes to getting a good night’s kip. 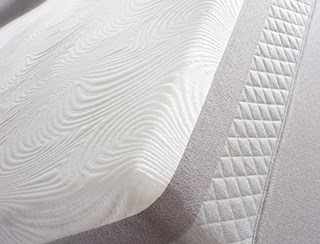 Here is their advice on childhood sleep, and how much your child should be getting each night, developmentally appropriate for their age:

A new born baby will sleep approximately 10 to 18 hours a day (depending on the individual) in an irregular schedule with around 1 to 3 hours awake at one time alone. Sleep at this stage is dependent solely on physical instinct such as when they need to be fed, changed and nurtured.

A baby at this stage will mostly sleep in the REM (rapid eye movement phase) stage when sleep is lighter and more easily disrupted. REM sleep is considered incredibly important for a new born as it is thought to be necessary for the development of the brain. Furthermore this is when a child learns face recognition and initially bonds with the mother, and forms the first social interaction where individual behaviours occur. If sleep is disrupted significantly at this stage it could affect a child’s association with the initial world and their social bonds later in life.

At this stage, an infant will sleep at more regular times than a new born and generally through the night for approximately 9-12 hours with a couple of 2 hour naps through the day. At this age infants start to develop their social skills significantly and sleep can often be disrupted due to the brain being overly alert to these social situations.  If an infant feels secure and attached to their parent then they generally have better sleeping patterns. This is important to emotional development and could affect how someone sleeps and acts when they are older.

At this stage a toddler will get approximately 11-14 hours of sleep a day, with nap times decreasing to only once a day. At this age a child is learning their own independence and their motor, cognitive and social skills start to speed up. This can often affect a child’s sleeping pattern as they become over enthused with all new situations that they refuse to sleep and become moody and irritable, causing a knock on effect on their behavioural skills. It is important that a child doesn’t get too frustrated and lose out on quality sleep as it is detrimental to development and if a child doesn’t get the required sleep then it may affect their progress in the future. It is essential to maintain a consistent regular bedtime routine to ensure the process is stress free as much as possible and to calm down the activity in the brain. If this is achieved the toddler will have better quality sleep and a happier sleep routine in the future.

At this stage, pre-schoolers will generally get around 11-13 hours’ sleep a night with most not napping after the age of 5 years of age.  Pre-schoolers often develop their imagination at this age and this can sometimes have a knock on effect on sleep as they are disrupted by nightmares through the night. This can possibly lead to anxiety about sleep and can affect their quality of sleep.  The association of sleep with anxiety can be damaging to a child’s health as it can lead to a lack of sleep and the body doesn’t have time to recharge, which can possibly lead to a weaker immune system. Therefore by ensuring their sleeping environment is relaxing and stress free, a child will less likely associate anxiety with sleep and their health should be better. A better sleep routine can also prevent future problems with sleep and ensure their cognitive and behavioural development isn’t affected, as well as their physical health.

Generally, school children will need approximately 9-11 hours of sleep a day. At this stage children become more open to outside factors such as TV, media and internet. This can have a massive effect on a child’s sleeping pattern, especially if they are allowed to use these more regularly, particularly before bed time. Studies have shown that children who watch TV before bed often struggle to sleep and have bad sleeping patterns which can often lead to them not getting the required amount of sleep they need.

At this stage sleep disorders are most prevalent and can lead to behavioural problems such as ADHD. When someone doesn’t get enough sleep, they often become irritable and moody or even angry. With children of this age it is even more damaging, as they are still learning social and behavioural skills. Consequently maintaining a routine sleeping regime is vital to make sure a child develops naturally and happily.

For further information on the effects of sleep deprivation on children, what to look out for, and how to prevent it, go and check out their full article HERE – it really is an incredibly useful read, and as someone who was a nightmare at getting to sleep as an older child, I found it particularly insightful.

I’m reassured to know that we’re helping Freddie and Sasha get into good sleeping habits by having a consistent routine, and also by trying to reduce screen time before bed (we have milk still and stories to wind down after a bath).

What time do your children go to bed? Do you have a set ‘bedtime routine’, or do you go with the flow?

A big thanks to Sealy for partnering with The Spirited Puddle Jumper, and helping pay for those bedtime stories!