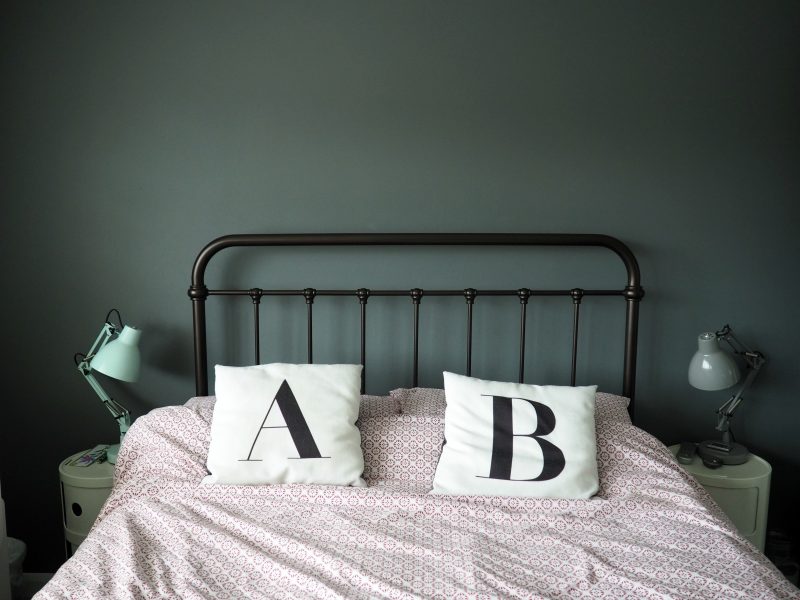 So we have been in our house 9 months now. 9 MONTHS! I can’t really keep calling it our ‘new’ house anymore, as we hurtle towards a year here, and the time really feels like it’s flown by, which is ironic because I was pregnant with Arlo for the first 8 months and that seemed to take forever at times. So with this in mind, I thought I’d do a little house update.

Well, if you read my interiors and home posts you’ll probably know that we’ve done quite a lot in 9 months- a complete kitchen renovation (something that makes me weep with joy), decorated the living room, our bedroom, Freddie and Sasha’s shared bedroom, the nursery and the upstairs bathroom, and half decorated the hallway (more on that to come!).

Looking at that written down, I can see that’s actually bloody loads, most definitely spurred on by the innate fear of embarking on big building work for the 3rd time in 5 years (we did loads in our old place) with 2 young children AND a new baby, and we knew we wanted the bulk of it done before Arlo arrived.

To the casual observer our house looks pretty much a done job, but now we’ve lived in it a while, there is so much more I’d like to do by Christmas (that might be optimistic, depending on budget) to get certain rooms completed. Whilst we have decorated various rooms, I have to admit that despite have an interiors obsession, I can be the queen of the unfinished room. You know when a room is painted/papered in the colour that you wanted, but it just doesn’t quite have the accessories that make it a finished article? That.

Right now our bedroom, the bathroom and the living room fit the bill here, and there’s a few jobs that i’d like to tackle (okay, get Adam to tackle) over the next few months.

Let me show you our plans…

This was one of the first rooms that we had painted back in late October when we first moved in, in the bold ‘Wild Water Blue 2’ by Dulux. If I’m being honest, the blue didn’t come out quite how I wanted it (I was going for more of a F&B Stiff Key Blue effect), but it’s grown on me a lot. One corner of the room is ‘done’ and I’m really happy with it, but other areas not so much. Over the next month I’m replacing the yellow unit that the telly is on with a lower, more scandi-style unit from an ebay store, and above this will be wooden shelving with brackets filling the alcove. The book shelf in the opposite alcove that doesn’t quite fit will also be replaced by wooden shelving that fits the space and hold all of our books, and that should mean we can get rid of the smaller white book shelf next to the purple sofa by the door. 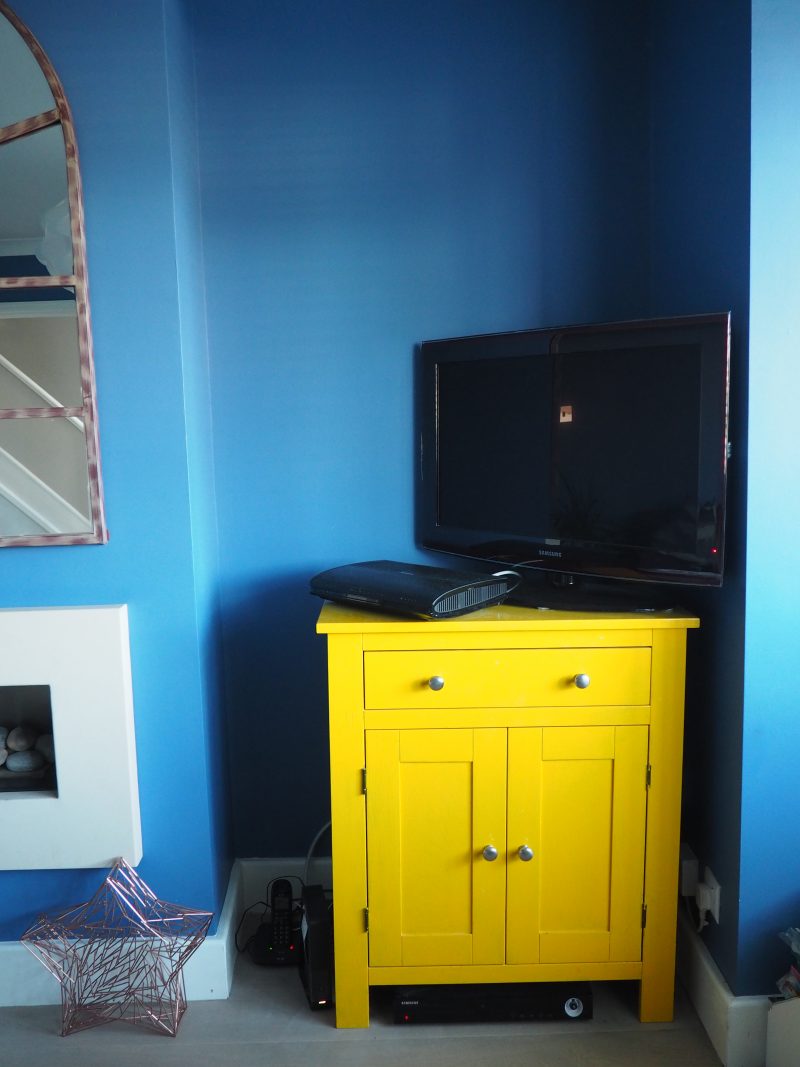 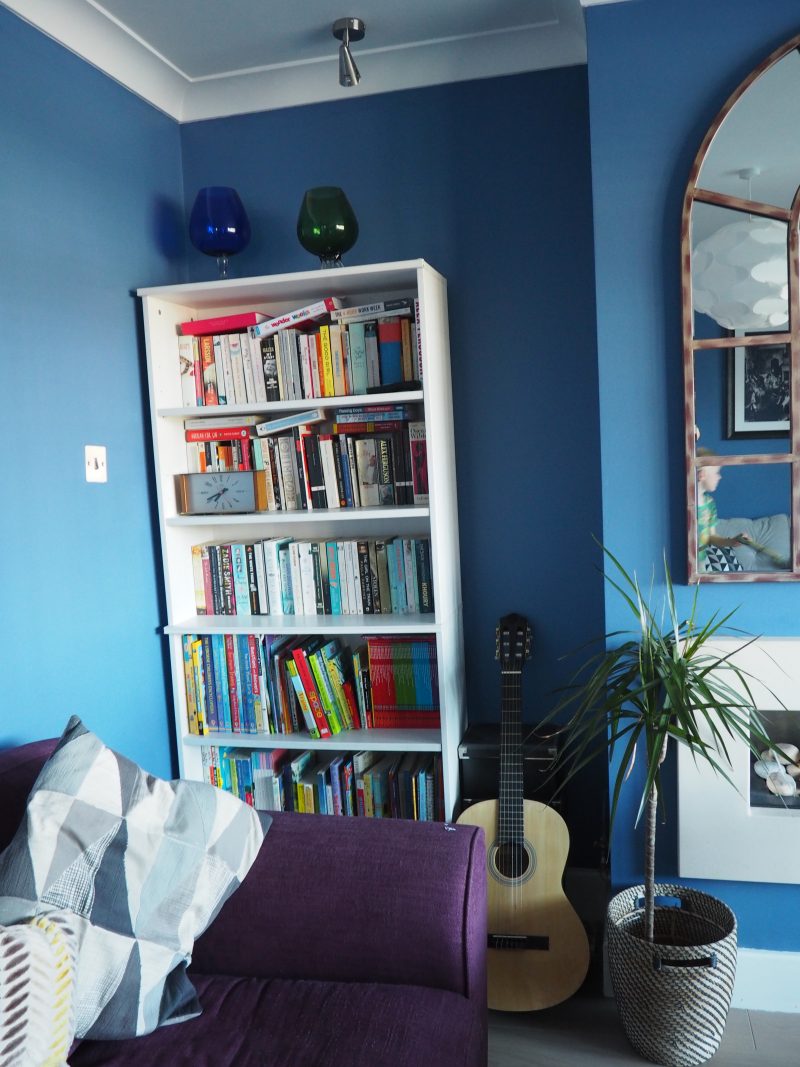 Whilst I love our purple sofa (so comfy), it isn’t amazing looking with the blue walls, but I think this can be rectified with some new cushions and also FINALLY some art and prints on the wall behind it because it’s just too bare and we haven’t gotten round to putting any up yet. I feel that will make a huge difference to the overall look and feel of the room. 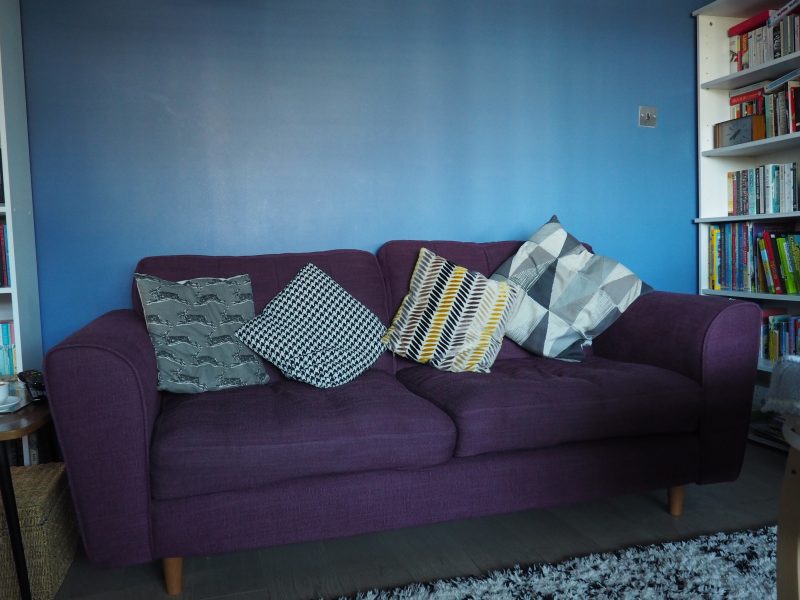 I recently tweaked the desk area in the window bay by shifting the drinks trolley and drawers around, and generally tidying up the space, and I’m loving it now and feel a lot more inspired to sit here and work (if I get the time!). 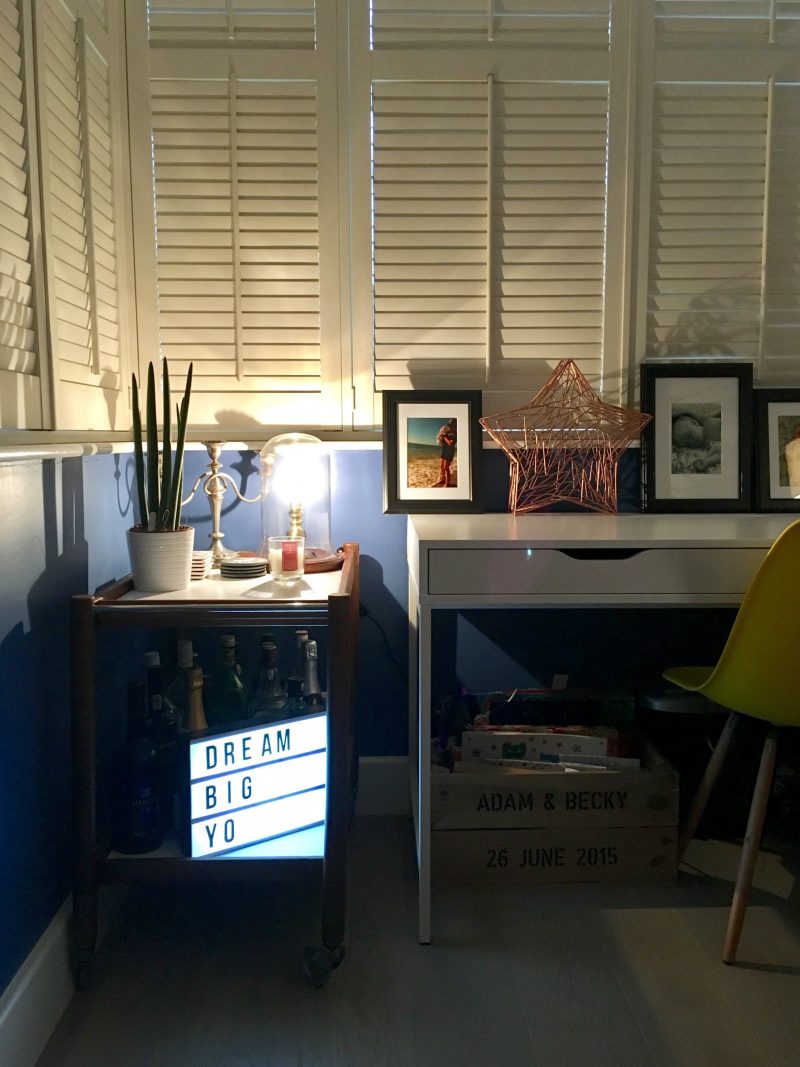 My Mum was an absolute legend and helped me paint this room earlier this year, and I love the grey that we’ve painted it in, along with the Habitat dressing table we acquired (cheers Habitat!). Whilst I love the dressing table and our Feather and Black bed, I’m undecided about the current bedding we have, and once again, the room is in desperate need of some pictures and prints, plus a mirror and stool of some kind to go with the dressing table. THEN it will be totally finished. 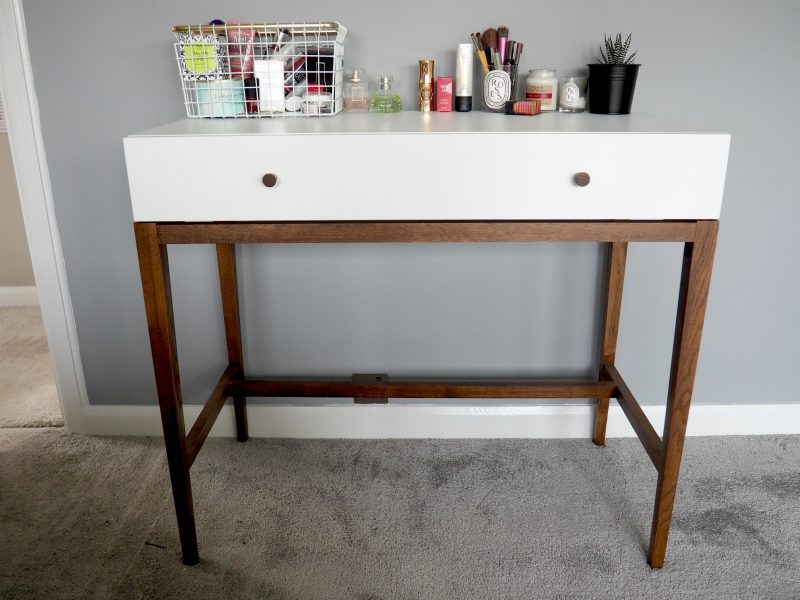 One of my favourite rooms in the house as it’s such a big contrast from how it used to look, it’s pretty much finished apart from the wall behind the toilet. I can’t decide whether or not to put a few different prints on the walls here, one big print on the biggest wall, or whether to put some kind of shelving there instead- what do you think? I love the look of industrial metal shelving (something like this maybe?) so that could be an option. 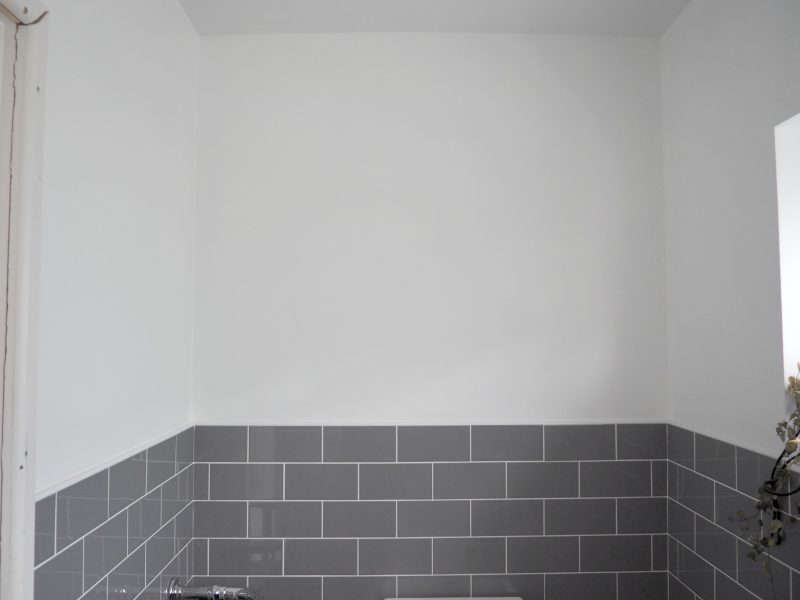 The hallway is currently half white downstairs, and a yucky ‘greige’ on the other half and continuing upstairs to the landing there. I had a moment of extreme nesting madness when I was 35 weeks pregnant, and decided to start painting it white, until I realised the enormity of the job and my amazing Mum (again!) stepped in to help. I’ve also discovered how crap I am at painting and decorating despite not minding doing it, but I guess practice makes perfect! This is a big job due the height of the ceiling above the stairs, and a few holes need filling in on the landing too. I think we’ll be able to do some of it ourselves, but might have to get a decorator friend in to do the high bits. I can then put up a mixture of prints and family photos in a gallery wall going up the stairs, something I never got round to doing even in the old house. I also want to put a (cast iron?) column radiator in the downstairs hallway to replace the grim ‘greige’ one too. I also want to get window film for the upstairs hallway window- firstly, because the blind is slightly broken and doesn’t hang as well as it did, and also for privacy, as this window overlooks our neighbour’s one and I’m convinced she’s going to see me in the buff one morning (if she hasn’t already!). 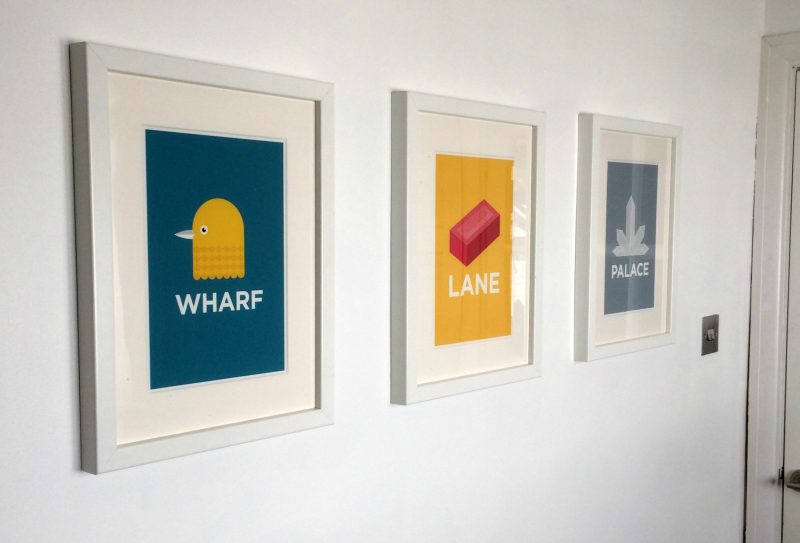 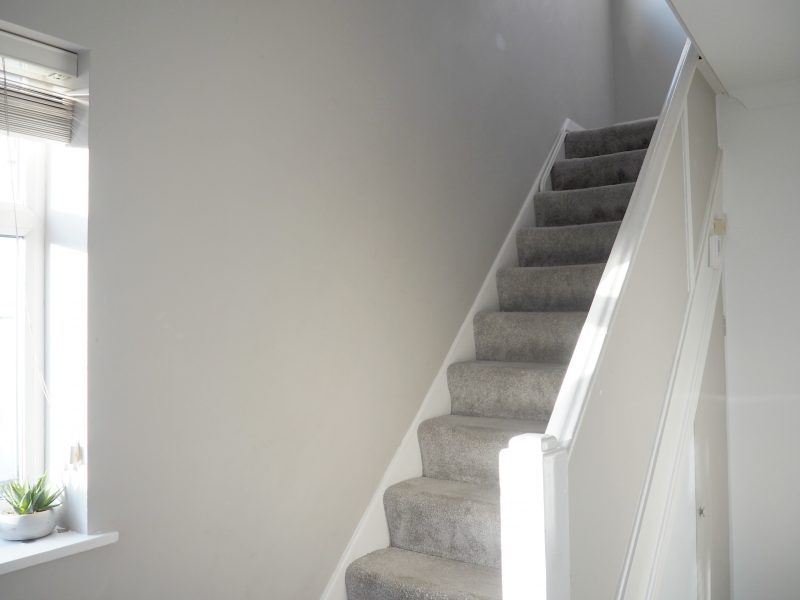 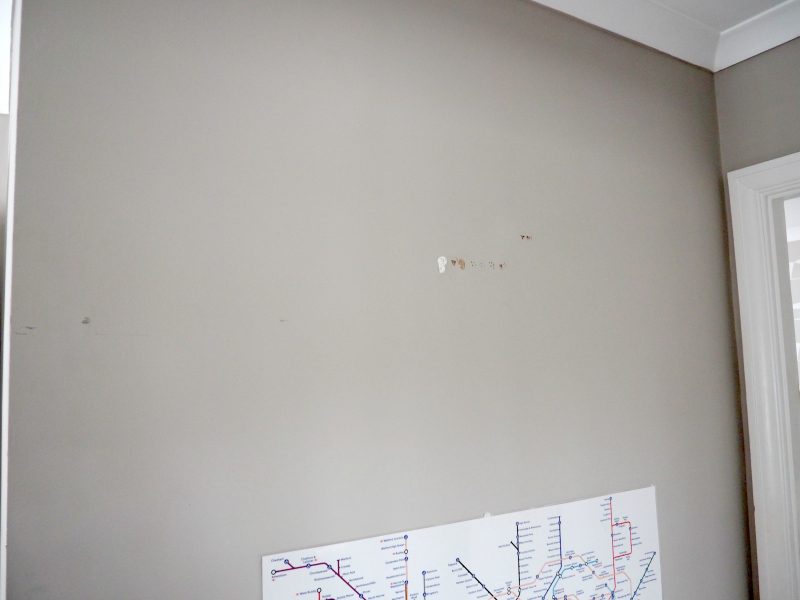 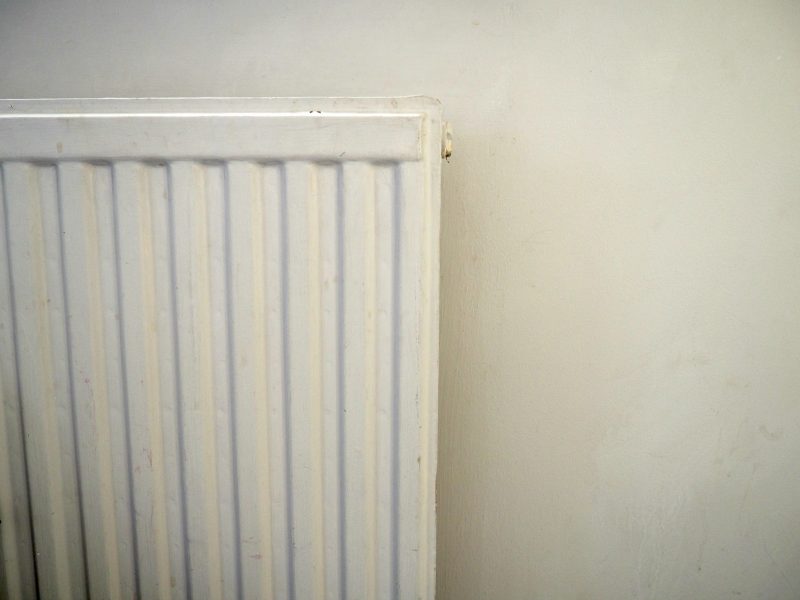 The Front Door and Porch area

The old glossy blue paint will be replaced by a smart grey colour, the white paint work in the undercover porch area tidied up and a plant or two in a pot put next to the door. 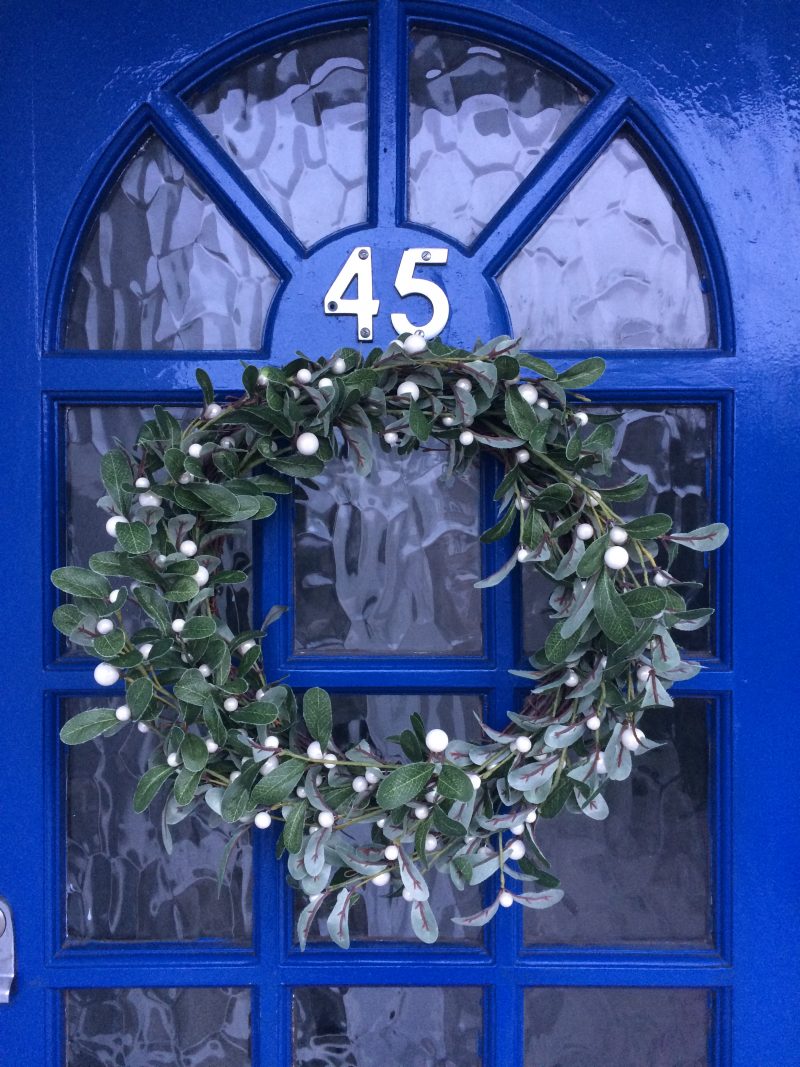 I am SO pleased with this room, and it’s essentially finished- I’d just like to purchase a new large wooden/industrial style dining table and a bench and new chairs to go with it. Our white Ikea one has served us well over the past 5.5 years, as have the chairs, but the latter are knackered and it’s time for a change! 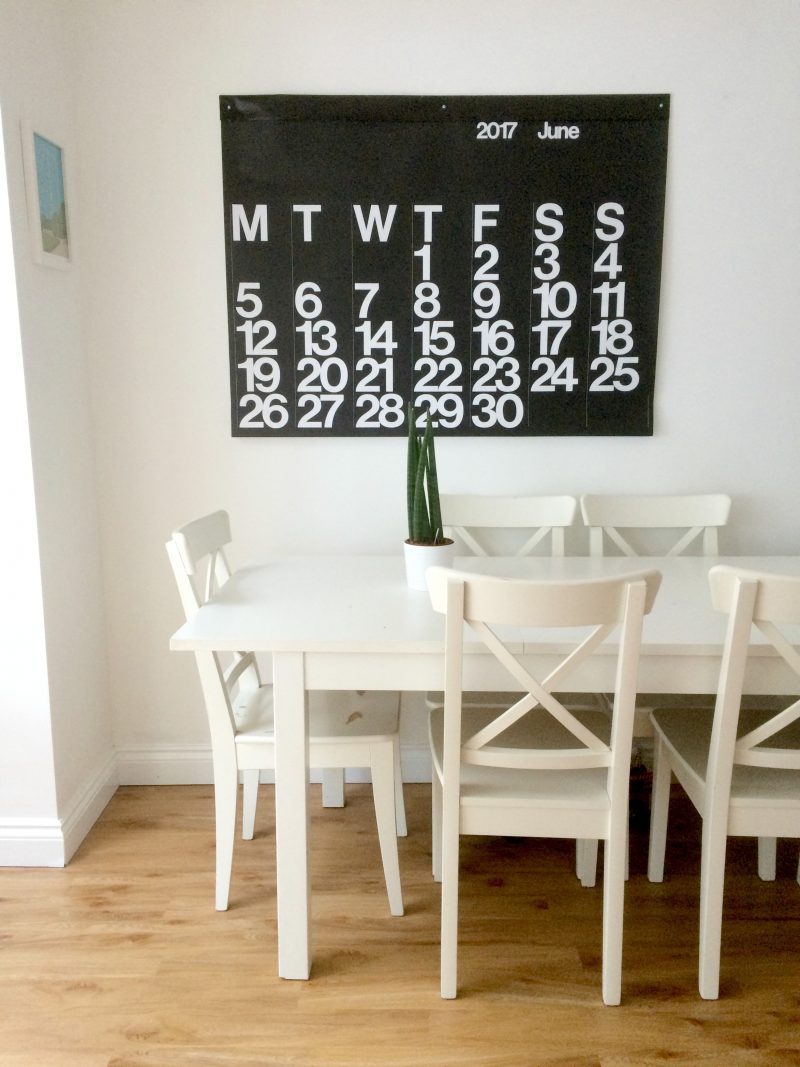 I talked about this in my post HERE, and we have LOADS we need to do. We know what we want, but it’s a case of money right now as what we want to do is unfortunately expensive, so will probably be an ongoing project over the next year or so. Watch this space when it comes to this!

Definitely the most depressing room in the house, and absolutely FREEZING in winter, I really want to get my hands on this but it will be a makeover on  budget. We’ll have to keep the existing sink and toilet, but I’d like to give it a lick of paint in a really dark and moody colour, add some cool prints, a new light pull, accessories and if it’s not too expensive, some cheap wood-effect lino to warm the place up. I’d like this done by winter as it is C-O-L-D! 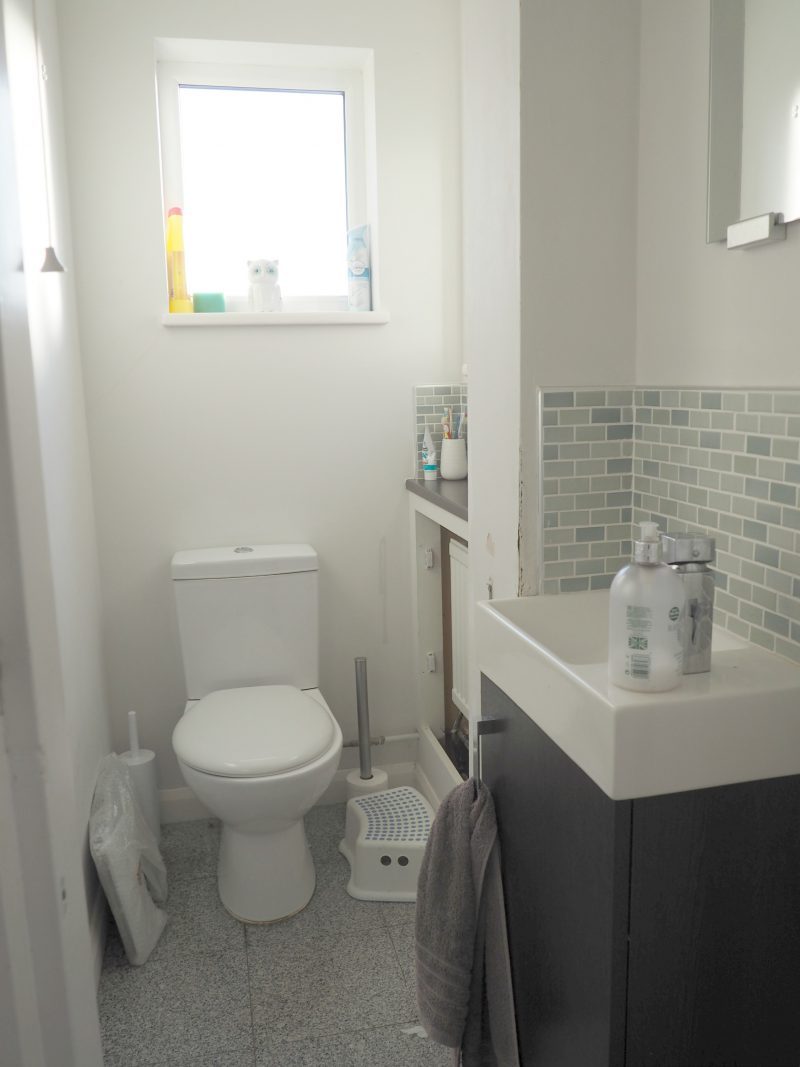 So there you have it, our house plans over the next several months or so. Lots to get cracking with, but I’m still going to take my time and do room-by-room I think (remembering that we have a very young baby now who takes up a fair amount of time!).