Yesterday we (and when I say ‘we’, I mean ‘I’) could no longer hold back, and set about attending to one of my favourite activities of the year- decorating the Christmas tree! After an illness-plagued birthday on Saturday, I thought focusing on all things festive would cheer me up. We usually decorate the tree the weekend after my birthday, but since the day after happened to be a Sunday, we went forth and ‘festivified’ (my new word)! 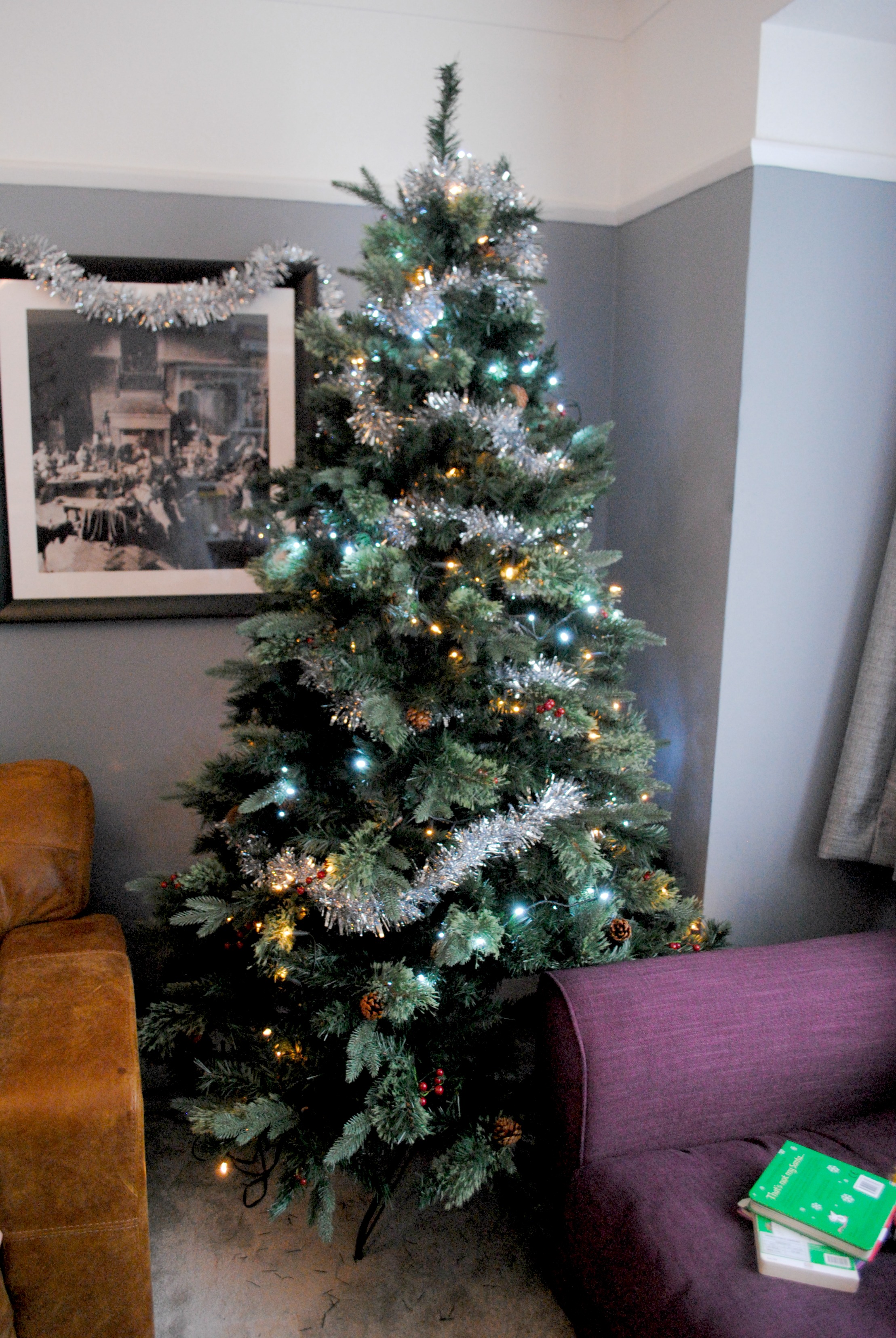 After seeing some fantastic blogs and videos featuring small children beaming with delight at this seasonal ritual, Adam and I were so excited to be doing this with Freddie and Sasha, particularly as F is now that bit older. Indeed, there was much interest at getting the new tree out of the box (which incidentally nearly caused a domestic as it was WAY bigger than expected, so a fair bit of furniture shuffling/muttered swearing took place before it could be set upon). However, sadly, we had two very tired and quite grumpy small people yesterday, after a week of illness and a later night then usual staying at Nanny and Grandad’s- and I think it all caught up with them both. F was so tired, and whilst he liked putting a couple of decorations on, was happier watching what was going on whilst curled up on a chair, which was fine. 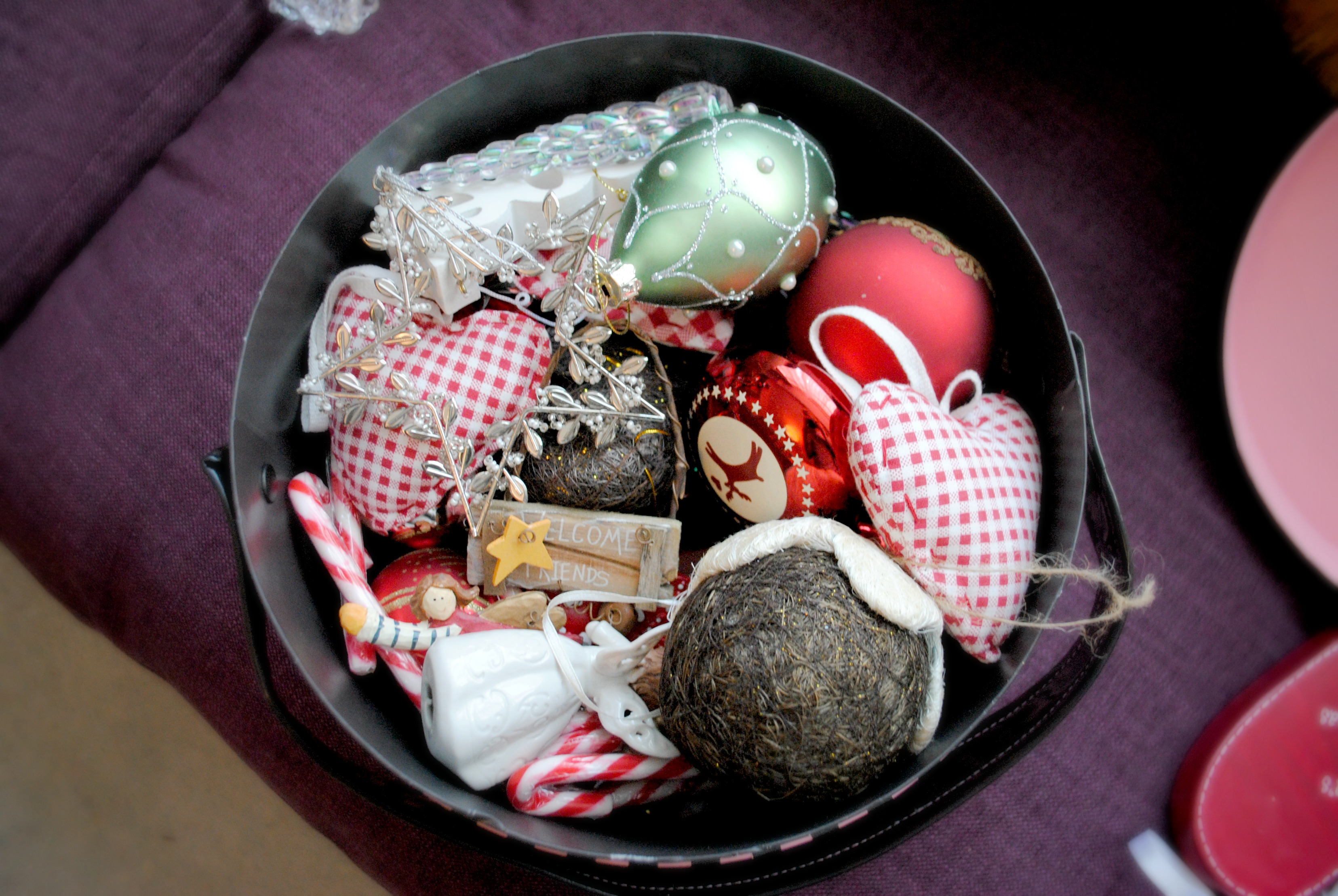 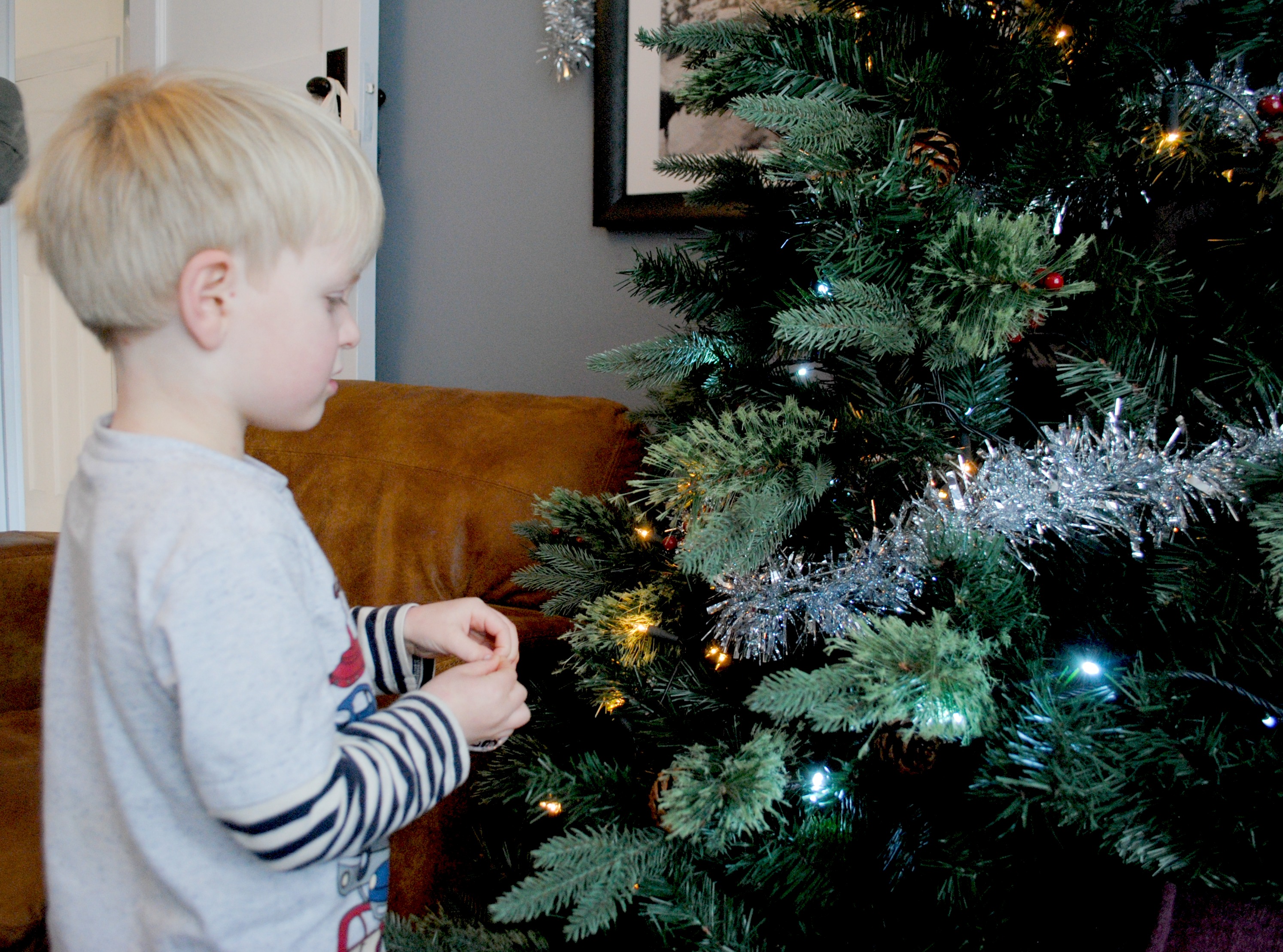 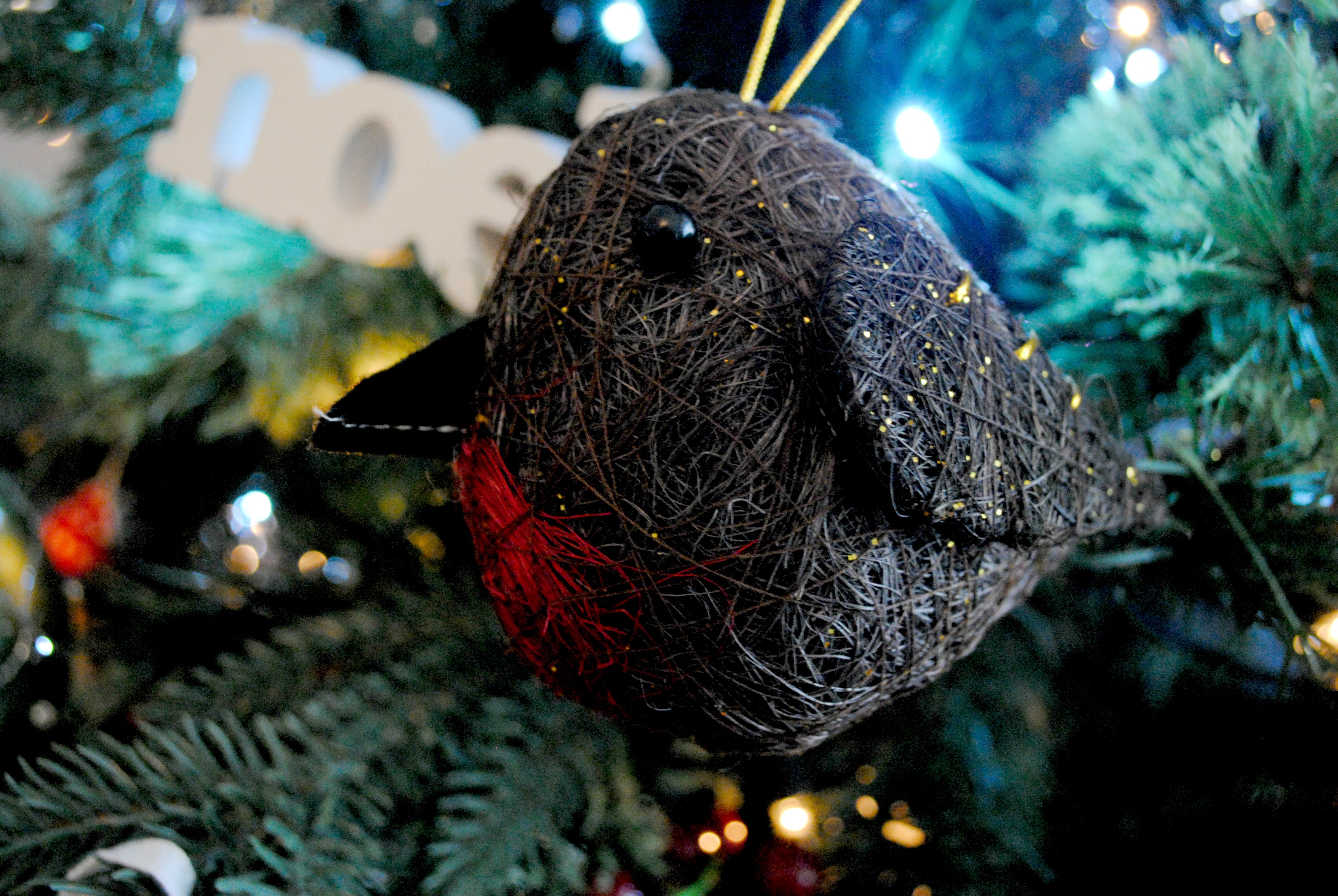 Sasha was keener, and enjoyed rooting through the box and asking what each decoration was. These glass teddy bears (below), a gift from Adam’s Aunty last year, particularly caught her eye! 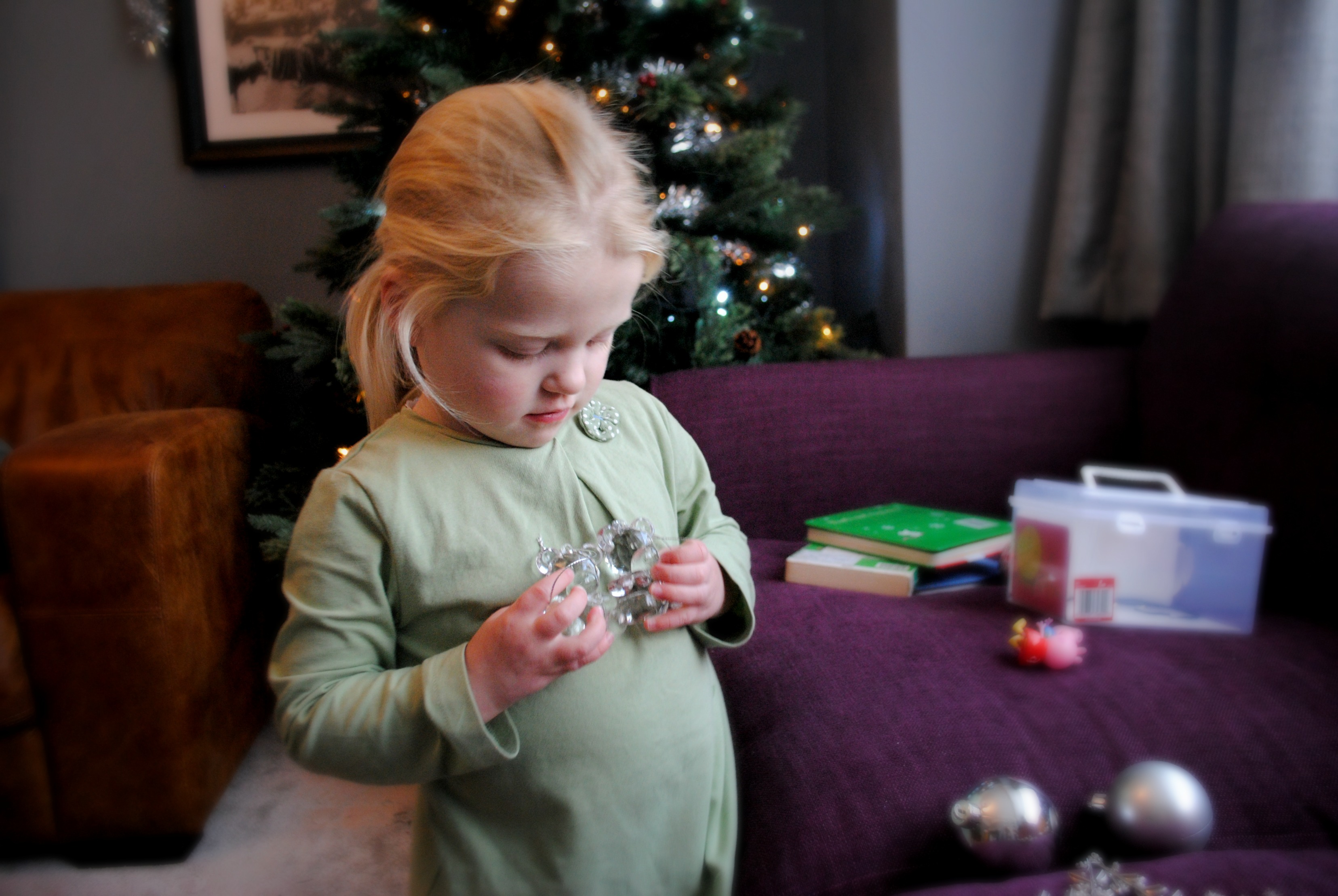 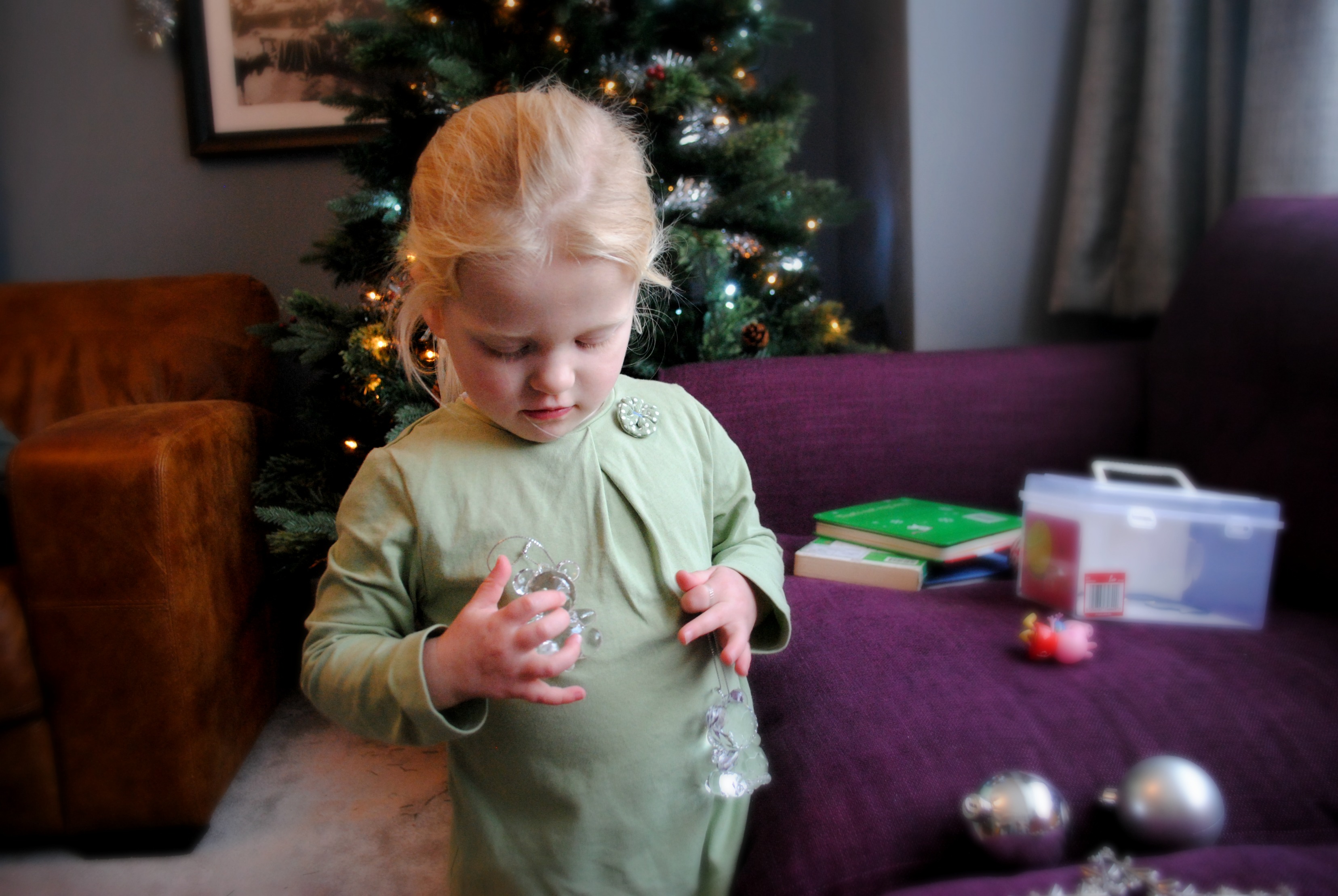 Madam has also been enjoying taking the candy canes on and off the tree. I think we’re going to have to move them higher up, as already we keep finding them hidden in small piles around the house! 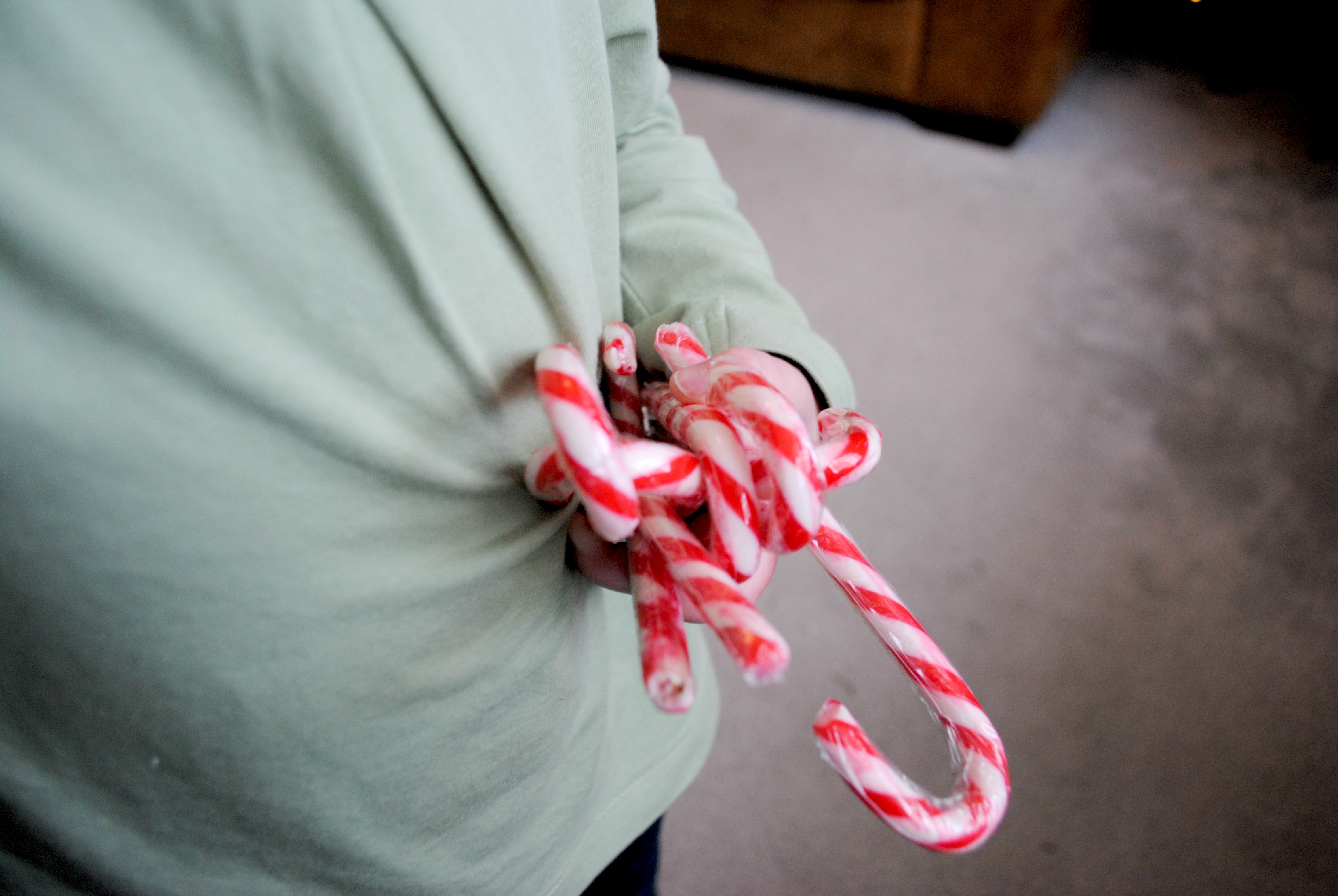 One of my favourite tree decorations. It’s really simple, but I find I’m actually quite old-skool when it comes to Christmas! Plus I do like a good robin 😉 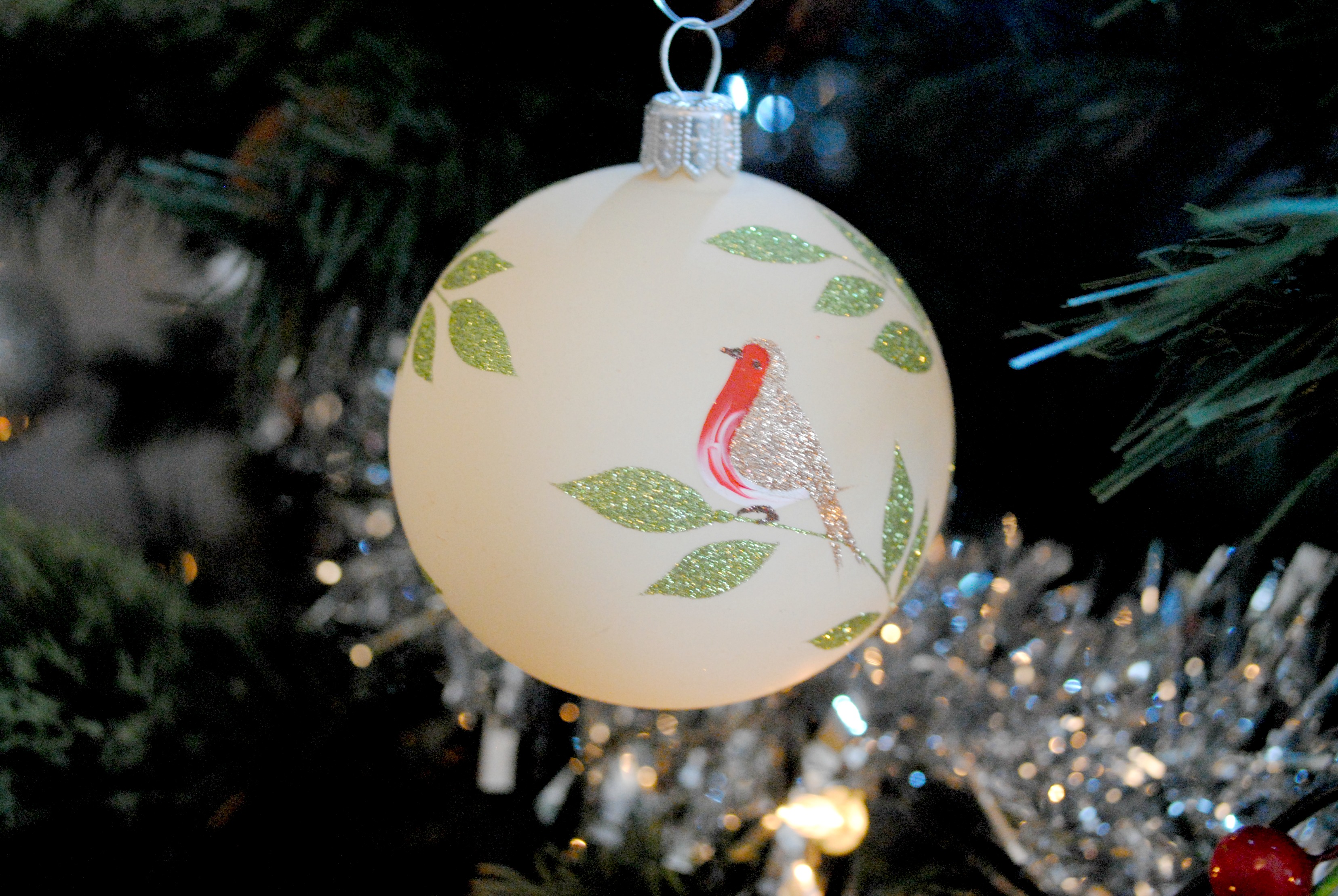 On the one day we had that appeared to be illness-free last week, we went to our local garden centre where I let each of the children choose a decoration for the tree. This a tradition that we started last year, and that we hope to keep up every year until they are grown up- then they can each take a box of their childhood decorations away with them to put on their own trees as adults! 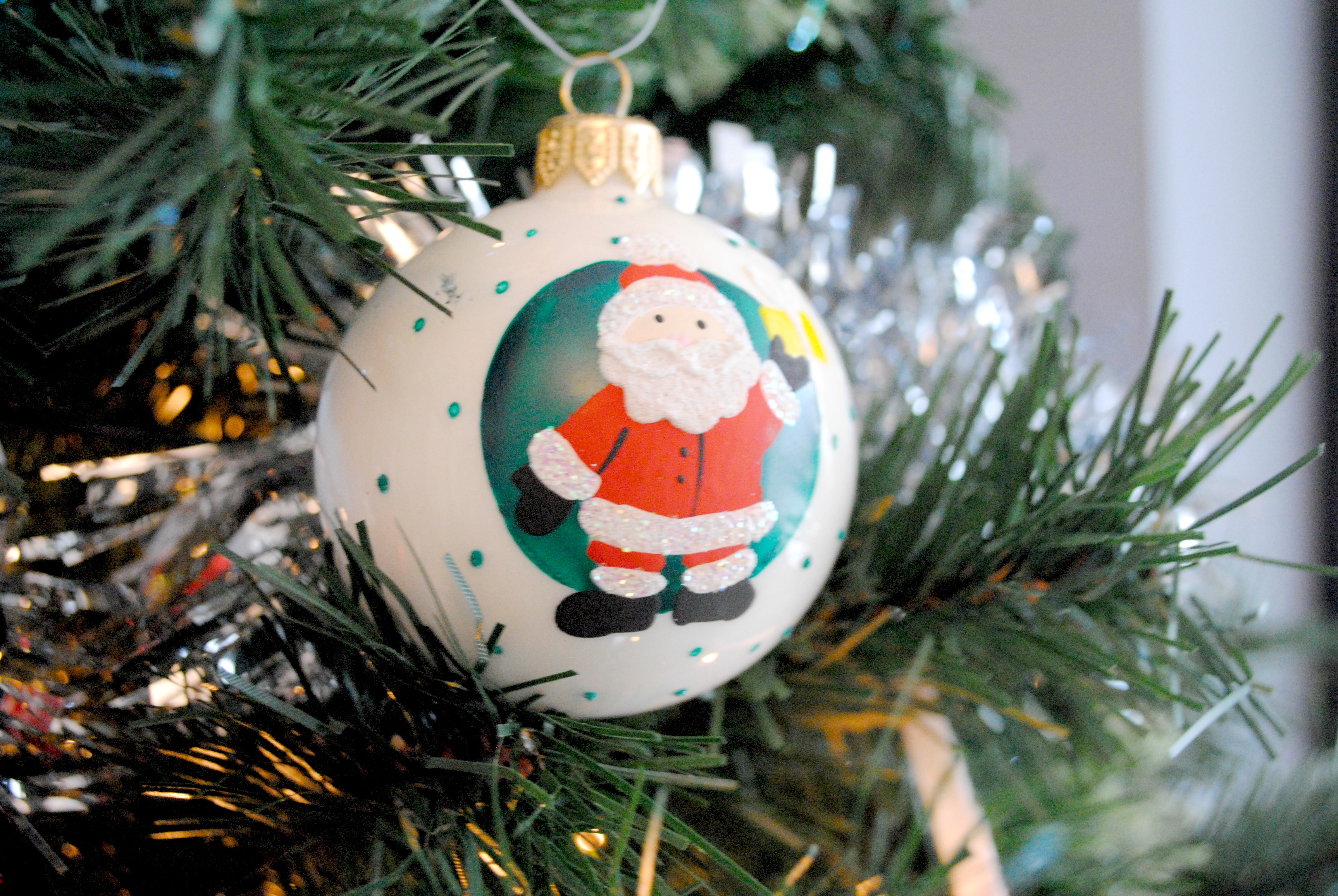 …and S chose a fairy! 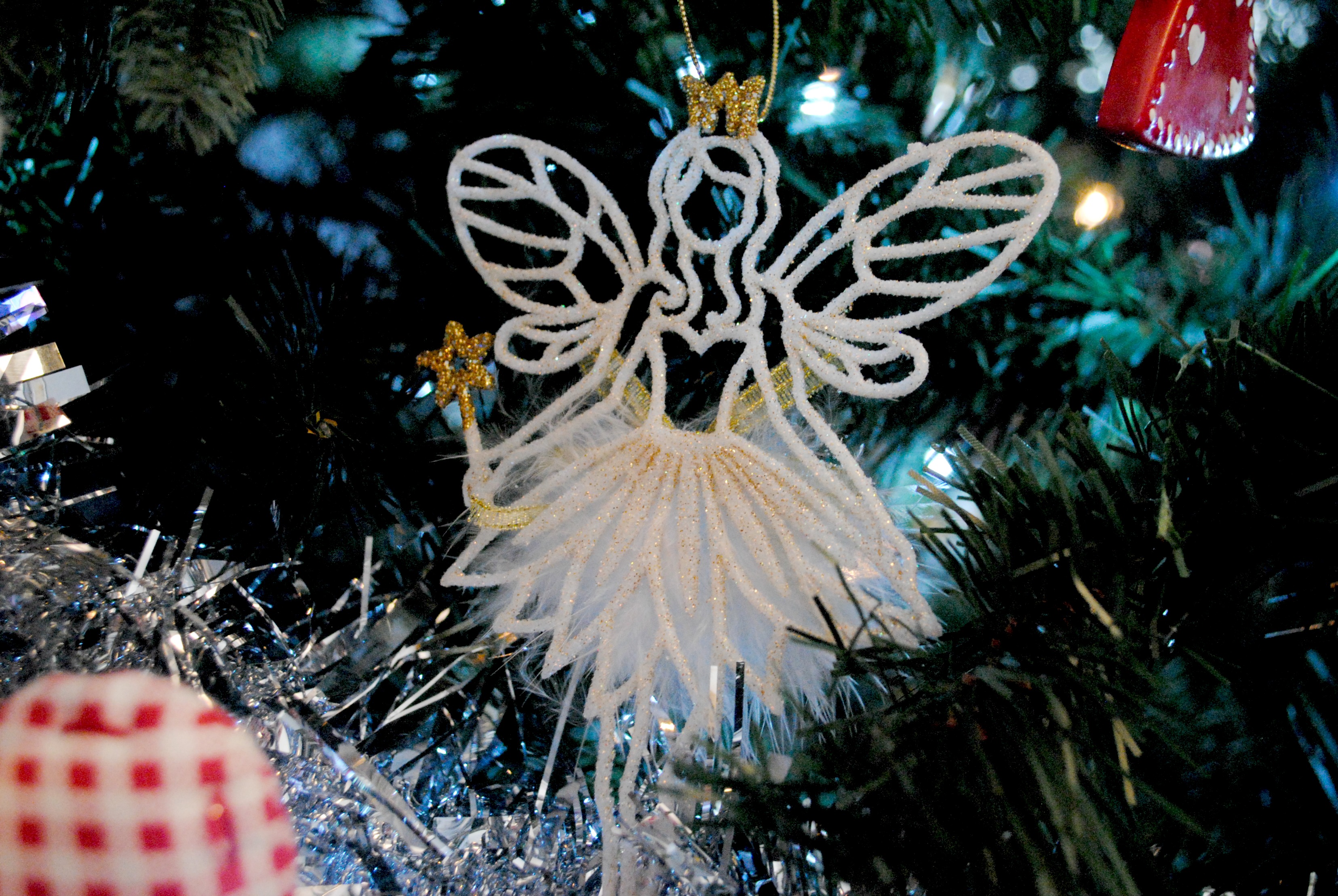 Every year I have to put our ancient family angel on top of the tree. It doesn’t go at all with our colour scheme, and looks ridiculously retro, but I can’t bear to part with it and can’t imagine anything else in its place! Adam humours me. He’s definitely a keeper 😉 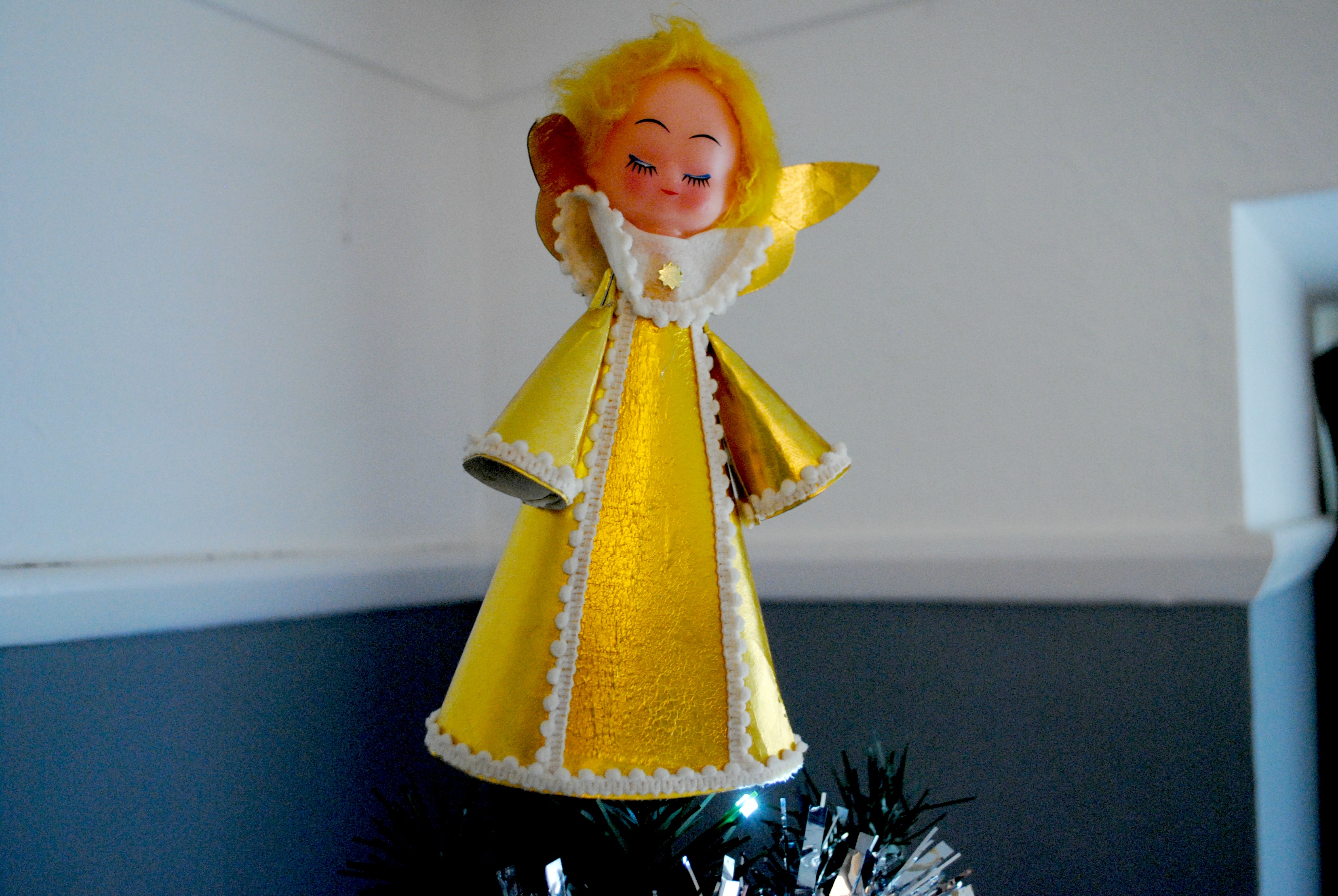 So here is the finished tree! It’s a beast and is probably far too big for our living room, but we love it, and more importantly, the children love it, despite not being that bothered about decorating it! I forget sometimes how little they still are, and that there will be plenty more years for them to really enjoy being part of this tradition- watch this space for tree decorating updates in 2015, 2016 and 2017! 😉 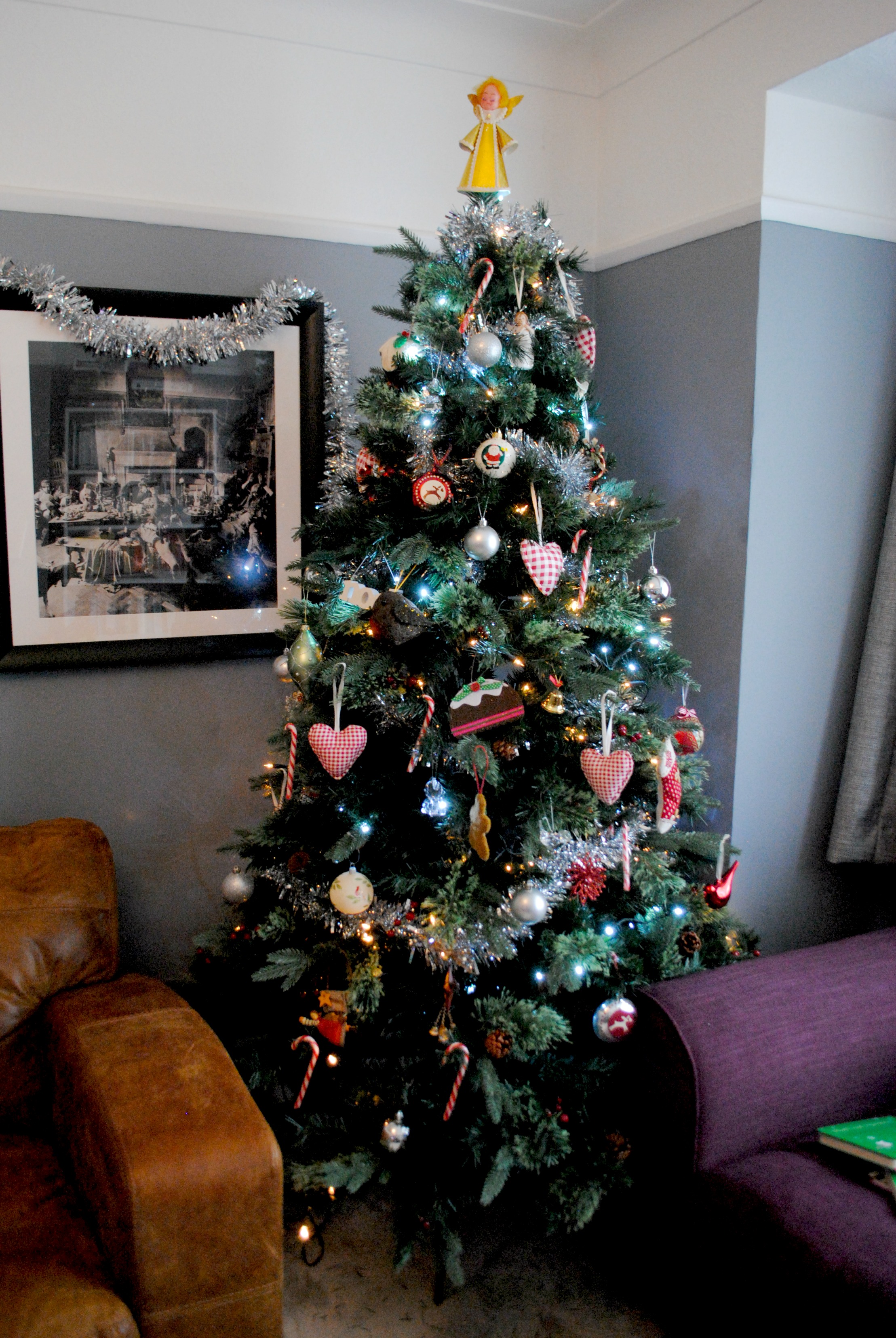 Have you put your tree up yet? Is this far too early?! And do your children enjoy helping you?