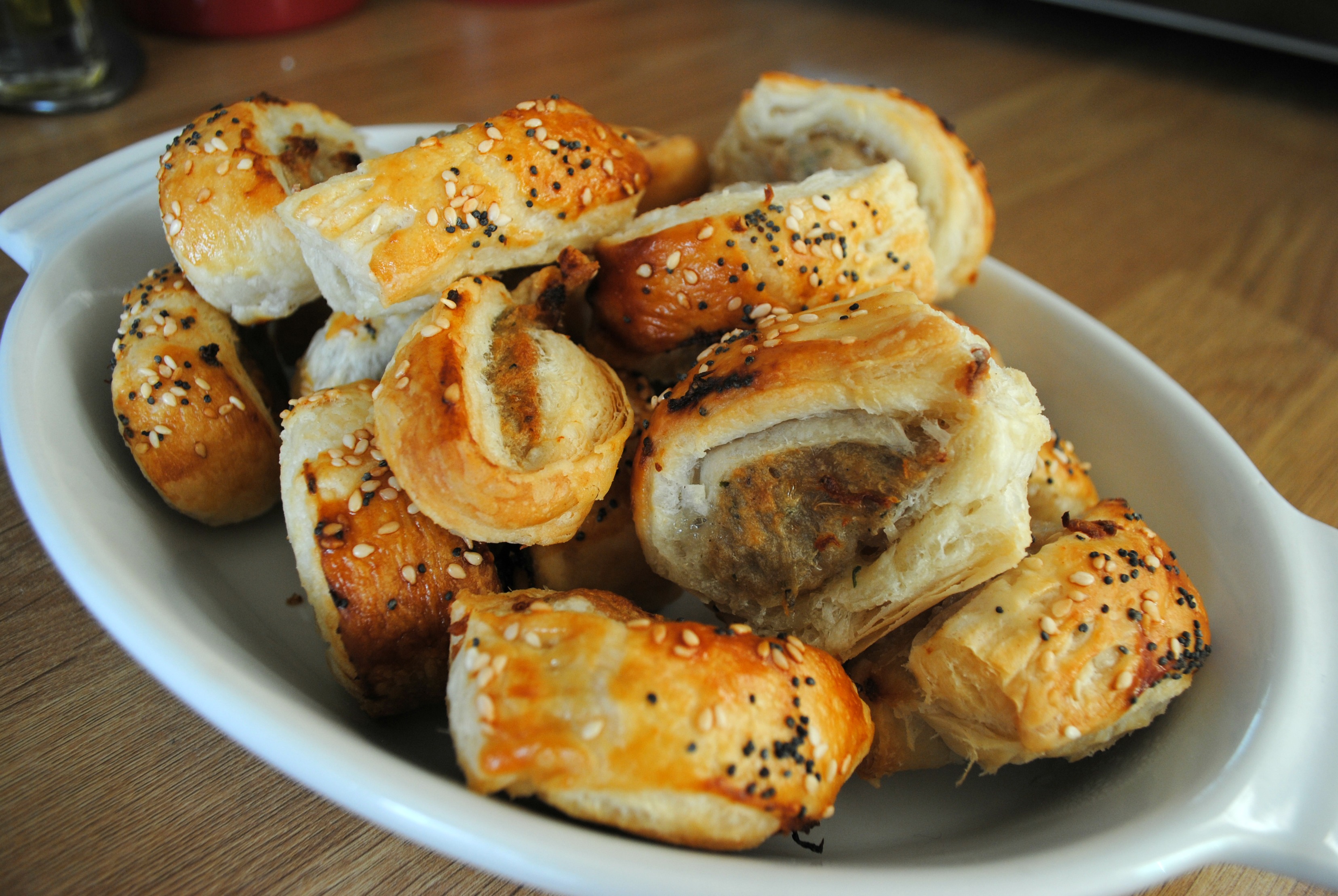 I have to admit that I’m a bit of a pastry fiend. Sweet or savoury, I could eat the stuff all day, but I refrain as I would be the size of a house! However, once the festive season is upon us, I allow myself to indulge as much as possible, and I have to say that these sausage rolls are to die for <modest>

What’s good about these babies is that you can make them in advance and freeze a load, so you’re not spending your precious busy free time in December in the kitchen (as much as I like cooking, baking etc, any short cuts that I can take that mean I’m not slaving away there are most welcome!).

Here I made a big batch of sausage rolls for the family party that we’re having at ours this Boxing Day. They look and taste pretty damn impressive, which means you are free to cheat and buy a few bits from elsewhere (hellooooo Iceland Prawn Ring!). Just don’t do what I did and stick the end of a wooden spoon into the food processor to push the ingredients down, and then spend 20 minutes sifting through the mixture for the end of said spoon…

The ingredients below make about 100 mini sausage rolls, once you’ve cut them up (they cook better this way).

Hooking up with Vicki and her ‘Tasty Tuesdays’!