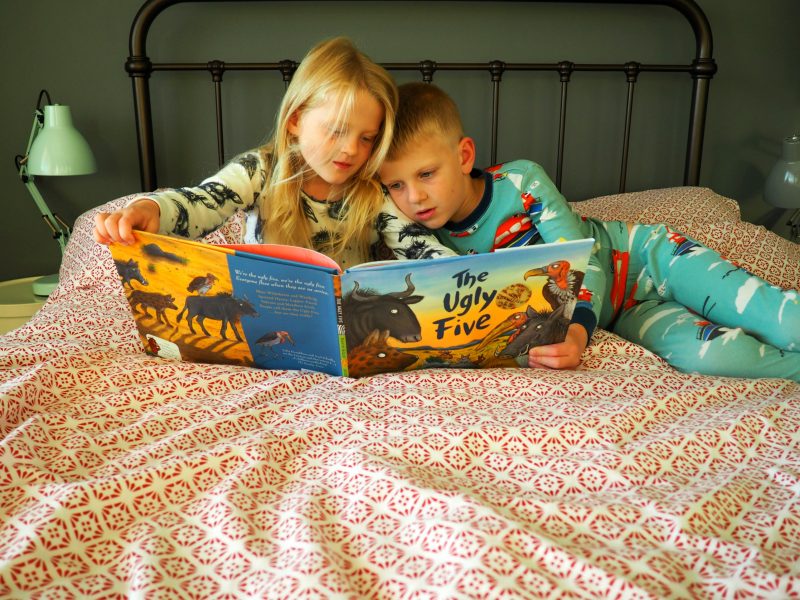 When we were given the opportunity by Mumsnet to review two Julia Donaldson books, ‘The Ugly Five’ and ‘Zog and the Flying Doctors’, Freddie and Sasha were ridiculously excited about their impending arrival! As a family, we literally have every single children’s book written by her, and can honestly say we have enjoyed every one. So the bedtime slog on the day of their arrival was made a million times easier, knowing that we would get to sit back and (hopefully) enjoy some brilliant children’s literature (and as per, some gorgeously quirky illustrations from her picture book partner-in-crime, Axel Scheffler).

Here what we thought of her latest two books… 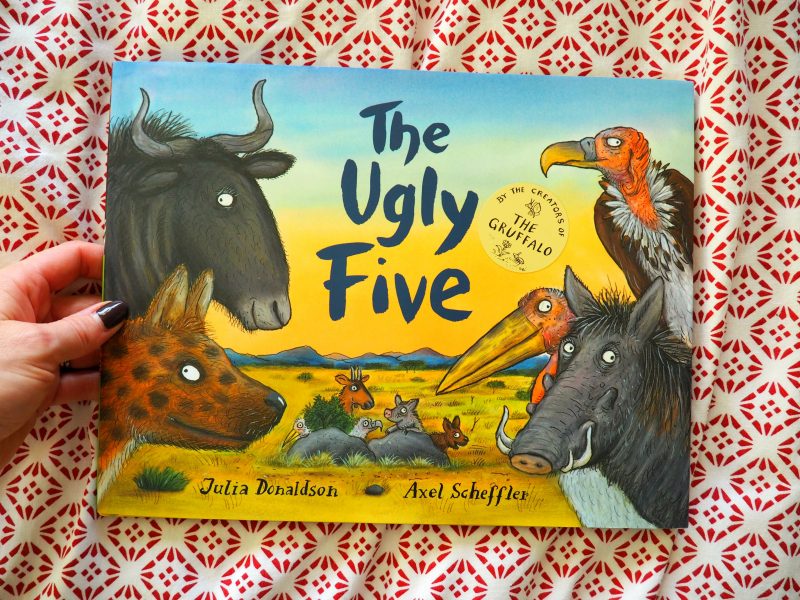 The Ugly Five is a book about – you’ve guessed it- five of what are considered Africa’s least-attractive animals: Wildebeest, Warthog, Spotted Hyena, Lappet-Faced Vulture and Marabou Stork. I instantly loved the fact that the book contained some lesser-know creatures, as well as familiar ones for the children, as there was a nature lesson right there within the book before you even thought about the main story.

The story follows this gang of the Savannah’s visually-challenged, as they face rejection from their fellows animals, yet find solace in each other, before realising at the end of the story that looks really aren’t everything, as their own children think they’re the most wonderful animals and parents in the world (aaw). 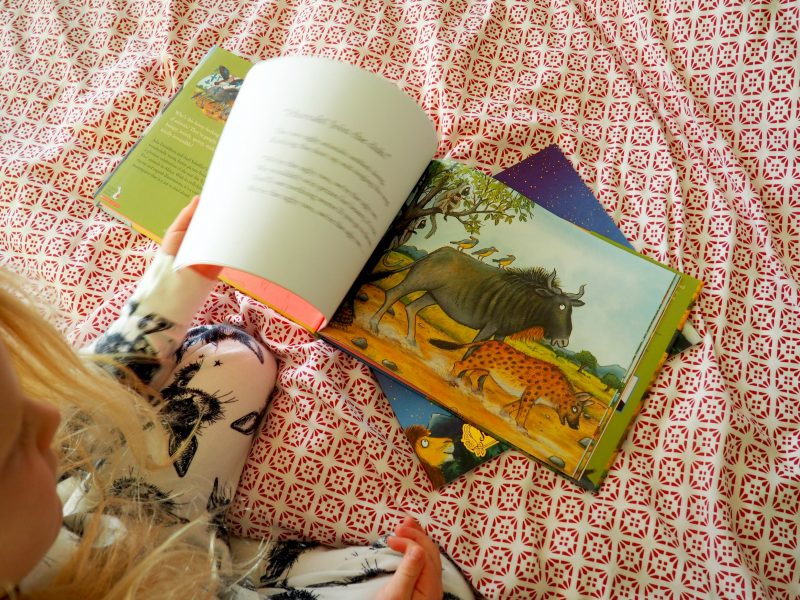 I absolutely love the message that it’s what’s on the inside that counts, and it opened up a conversation with Freddie and Sasha (age 6 and 5) about what the word ‘ugly’ means, and how it can apply to someone’s personality too, and how you should never judge someone on how they look but by their actions. Both children are at an age where, whilst they’re not overly conscious about their own appearance, they are starting to notice if someone around them is slightly different. This book is brilliant for helping to discuss the subject of appearance, and also why some people might look different to them, and that kindness is important.

The drawings by Scheffler were (as usual) spot-on, and like most of her books Donaldson engages her young audience with memorable rhyming passages. The use of language is SO appealing to young children, with mine (predictably) enjoying the references to one of the animals having “legs covered in poo”! Lots and lots of giggles before bedtime here! Donaldson just knows her audience, and what will appeal.

Another fab reason for buying The Ugly Five is that the book was launched in partnership with ‘Tusk’, the pioneering charity that supports wildlife and people in Africa. The ‘Tusk’ conservation projects aim to alleviate poverty, improve education and reduce conflict, whether that’s tackling the illegal wildlife trade or habitat loss.

The Ugly Five was a big hit for both children, and has cemented it’s place on our bookshelf, probably for several years to come.

Zog and the Flying Doctors 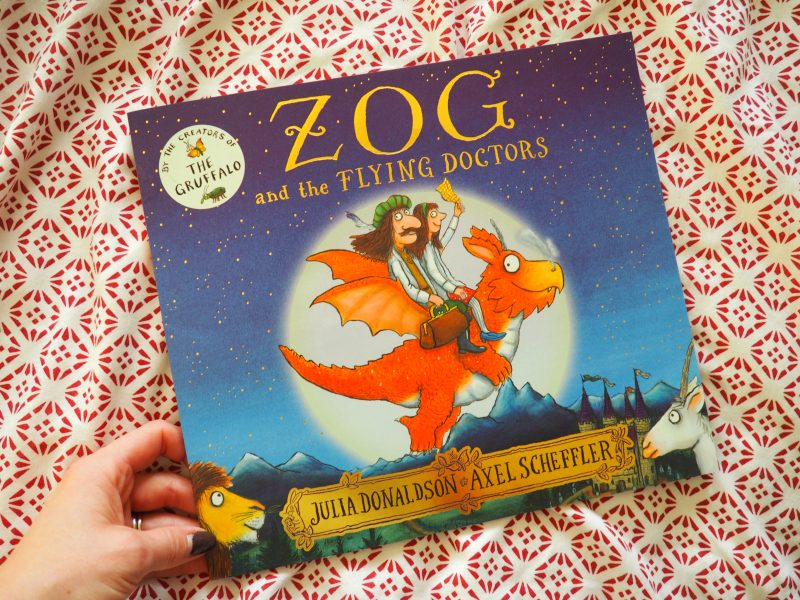 I have to admit that I, as well as Freddie and Sasha, had a real interest in reading this book and catching up with Zog, Princess Pearl and Sir Gadabout, as we are already fans of the original ‘Zog’ tale. As the mother of a daughter, I loved how the first Zog book touched on the feminist issue of the concept of princesses, and turned the cliche on its head that a princess just prances about in a frilly dress, and can go on to do something more worthy and exciting with her life.

This sequel to ‘Zog’ cemented the fact that princesses can be ‘tough’ yet ‘girly’, and this in turn opened up a conversation with Freddie and Sasha that both boys AND girls can do the same jobs, and that if you work hard enough you can be anything you want to be. 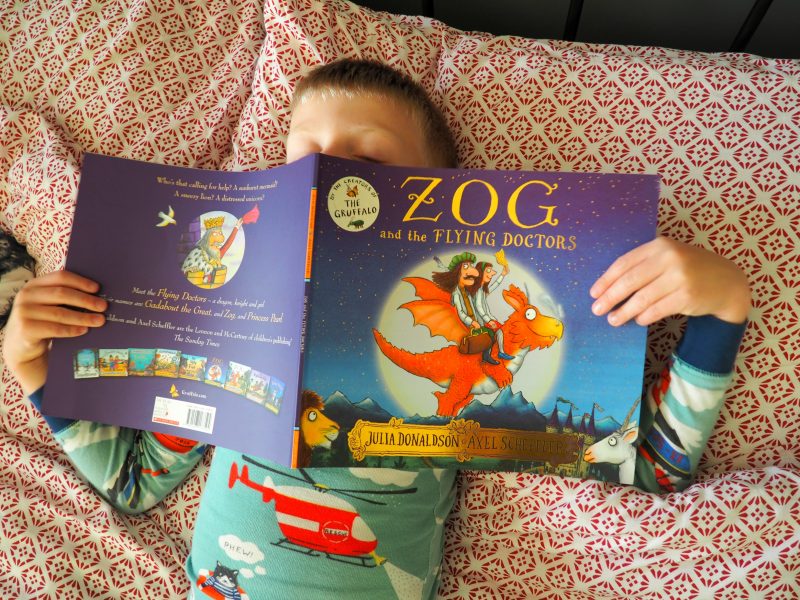 Princess Pearl is a great role model for little girls, and Sasha was particularly impressed with all the “cool” medical stuff that she gets to carry out in the book, and she also thought Princess Pearl was “clever to solve the problem” of how to make her Uncle better when nobody else could (although I don’t want to tell you too much, obvs!)

Again, the images from Scheffler are perfect to enhance the story, and to be honest in both of these books we’ve been reviewing there is nothing I’d change when it comes to these. 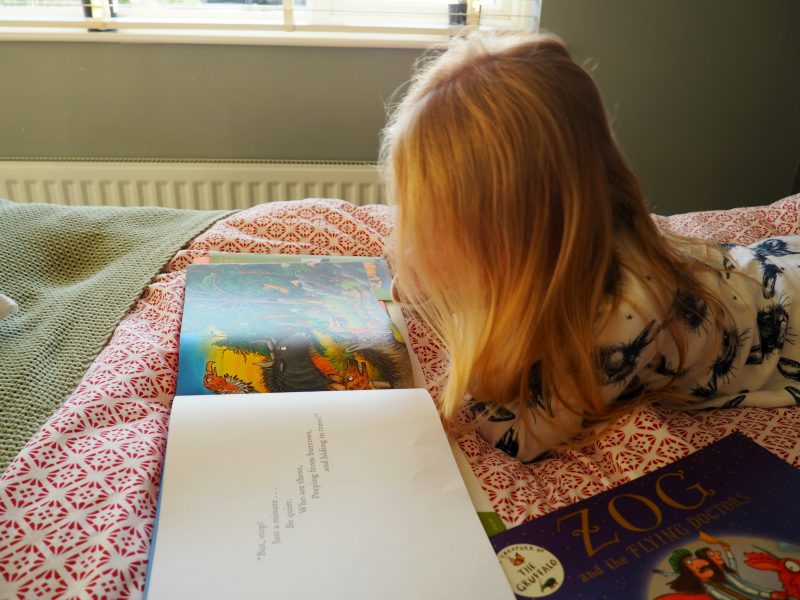 Like with her other books, I’d say you NEED to get these two to add to your Donaldson collection, as once more she hasn’t put a foot wrong- no children’s library would be complete! There’s something about memorable picture books that really make a childhood, and I can remember my favourites even now at 33. We love snuggling up and reading as a family, and these two books gave us many life lessons and much laughter. I have a tiny hunch that Julia Donaldson’s classics will be around for many, many years to come….

*We were sent these books to be review by Mumsnet and were compensated for our time reviewing them. All thoughts and opinions my own.