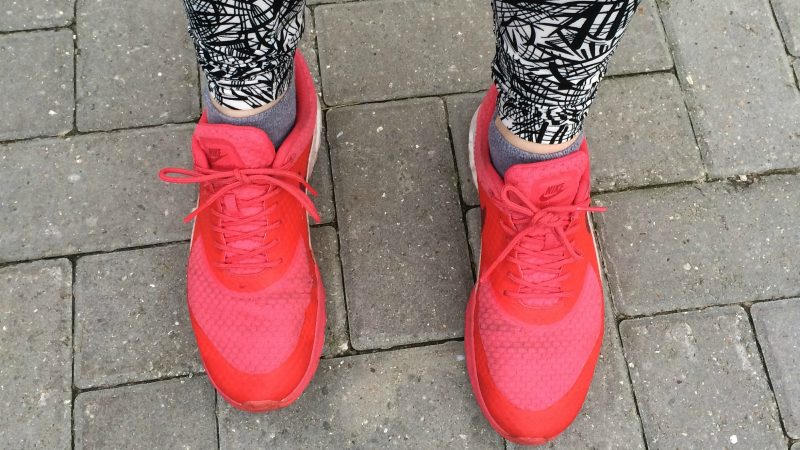 I spoke the other week about how I’ve just started to try and getting fitter again since having Arlo, in terms of both healthier eating (and drinking!) and also beginning a realistic exercise routine again. I was due to rejoin the gym in October, having postponed my membership for several months, but I discovered a couple of weeks back that the gym had actually taken money out of my account for this month, so I thought it was a clear sign to get my bum moving and back in the gym a little sooner!

So far I’ve been using the cross-trainer and bike, as well as starting to use some weights where I feel supported in my lower body (that pelvic floor still needs working on guys!). I’ve also been swimming, and remembered how relaxing I find it and how it really helps me to unwind and switch off. Even though I think swimming can be a hassle (two words: LONG HAIR), it’s really enjoyable, and I actually went last Friday as soon as Adam got in from work and before the kids went to bed. I was back, having swum, showered, and with glass of red in hand by 7.45pm and the pool was SO quiet.

It might become my new favourite way of kicking off the weekend!

Like lots of people my enthusiasm for the gym can ebb and flow, depending mainly on what we’ve got on as a family at any given time, and therefore that effects how much time I’VE got to go.

My main aim is build my fitness back up as per my last post on this subject, with a mixture of classes, swimming, and light weights and cross trainer. I may also book a PT session just for some guidance, and to make sure that I don’t overdo it and get injured. Personal Injury specialists, Hayward Baker, have researched and discovered that nearly half of us have suffered a “gym-jury” (yikes), which actually doesn’t surprise me at all! (check out their injury compensation calculator, if you happen to be one of the unlucky ones).

Apparently, 38 percent of people don’t bother to warm up, and one in 20 admits they don’t know how to use the equipment. The most common injury is a sprained ankle, while 18 percent of people have a long-term back problem due to exercise (and a back injury is what I’m really trying to avoid as your ligaments are softer and less-strong post-birth- just ask my poor Mum, who is a long-term back pain sufferer!). 12 percent have even visited A&E after a workout, according to Hayward Baker, which is quite scary!

So I’m going to continue taking it slow and steady, and build my strength and fitness up gradually- no one wants to become another statistic!

It also won’t hurt (pun intended) to have something you can use to relieve sore muscles and joints right after every workout. Don’t put yourself in too much strain that might lead to an injury.

Have you ever hurt yourself in the gym? What happened?