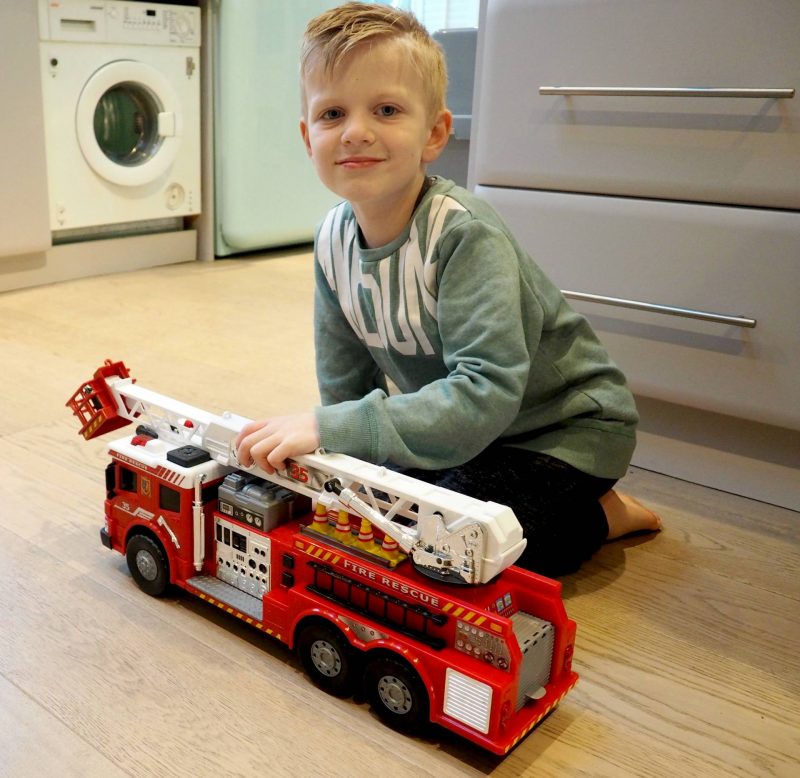 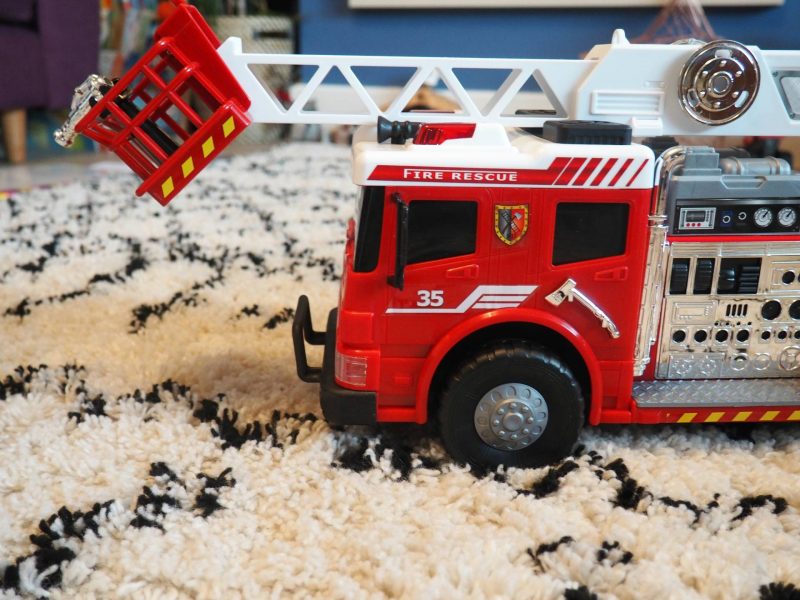 A few months ago Freddie and Sasha were invited to work with Argos and be part of their ‘Chad Valley Play Panel’, something that of course they were over the moon to be a part of (let’s face it, which 4 and 5 year olds don’t like testing toys?!).

As part of the second collection of toys the children were lucky enough to have been sent, Freddie in particular has thoroughly enjoyed playing with the Chad Valley ‘Lights and Sounds’ Fire Engine. Always a vehicle man, this impressive fire engine has been right up his street, and he’s enjoyed testing it our over the Christmas period (we told him it was a present from Chad Valley!). 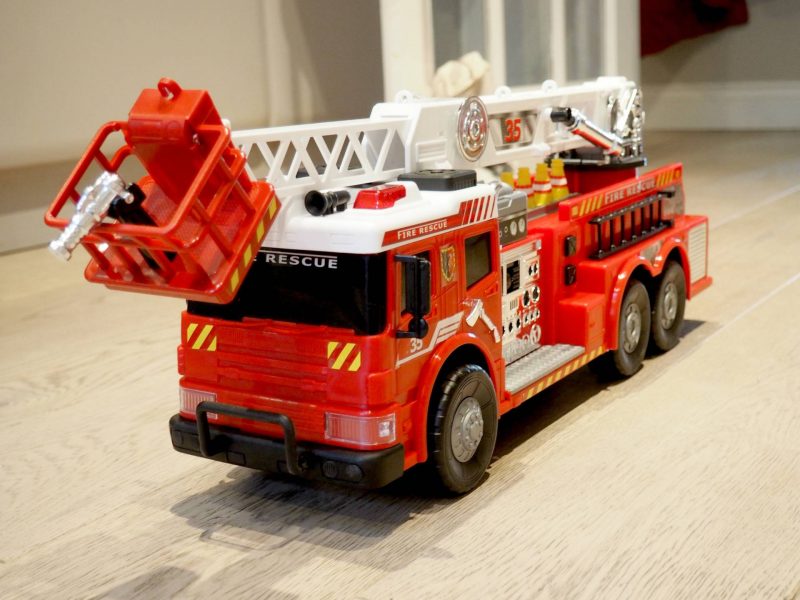 Taking the engine out of the box, we discovered that it’s delightfully simple to use and get enjoyment out of (there are two buttons to press to activate the sounds and the lights, and nothing overtly complicated to detract from imaginative play), along with a ladder that extends when required. 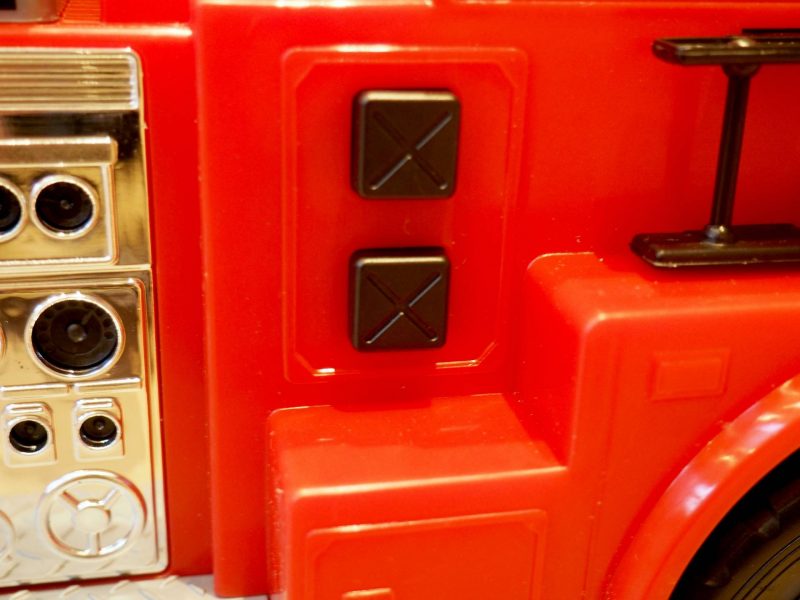 The fire engine feels pretty sturdy to me, although Freddie isn’t particularly rough with his toys so I can’t judge how a younger child might handle it, and both him and Sasha have used it in various role play scenarios with their small world toys. Our Peppa Pig & Co figures are still going strong, despite the children being 4.5 and nearly 6 now, and have been rescued by the fire engine on numerous occasions! 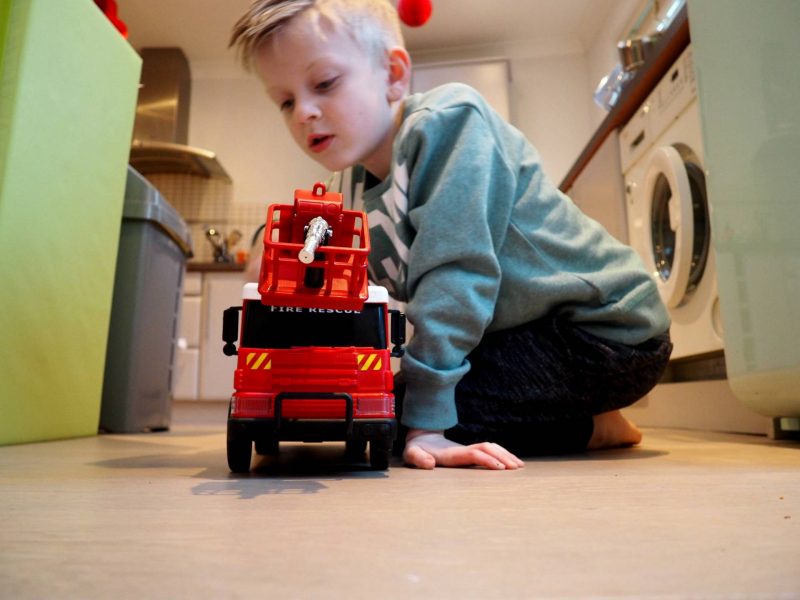 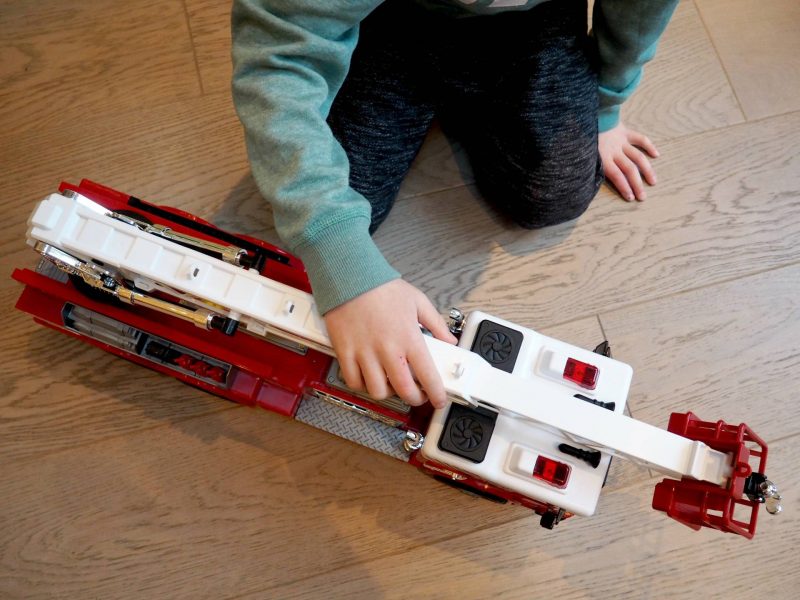 If I had any criticisms of the Lights and Sounds Fire Engine they’re only minor- it’s quite a large engine so possibly not the best toy for someone lacking in storage space, and we found our extendable ladder a little stiff at first, but it soon loosened up and the children got the knack of using it.

For a child who loves vehicles and/or role play games with their toys, this is a brilliant present worth giving house room to, and I imagine it will be still be well used over the next few years!

We have reviewed this toy as part of the Chad Valley Play Panel and were given it in exchange for an honest review, all thoughts and opinions our own.