When it comes to our children, toys and playing, at 5 and 4, Freddie and Sasha still absolutely love role play games, and have always loved playing with their toy kitchen. Whether it’s pretending to run a pizza shop, a bakery, or just cooking up all manner of weird and wonderful dishes for their dolls and teddies, the kitchen, toy pots and pans and play food have featured on an almost daily basis in their games at home.

For Freddie’s 2nd birthday 3 and half years ago, Adam and I made him a toy kitchen. This was made with so much love, but by the time came for us to move the other month, we decided it was time to let it go *sob*, as it had taken a bit of a battering that our basic handiwork couldn’t sustain, and it was also getting too small, in particular for Freddie.

So the time came to think about an upgrade! As part of the ‘Testing Team’, I had been eyeing up the Great Little Trading Company Sea Salt Play Kitchen, and was over the moon when we were asked to try it out- I knew the children would be so excited!

There were several reasons why this play kitchen in particular had caught my eye. Firstly, having looked at the measurements (98H x 108W x 40D cm. Worktop height 56cm), this was one of the larger toy kitchens on the market so I knew that it would last our two a good few years still, and that’s with Freddie being a very tall 5 year old. In fact, the blurb on the website says that the kitchen is for 3-5 year olds, but personally I think this could easily be extended to be advertised for 3-7 or 8 year olds. 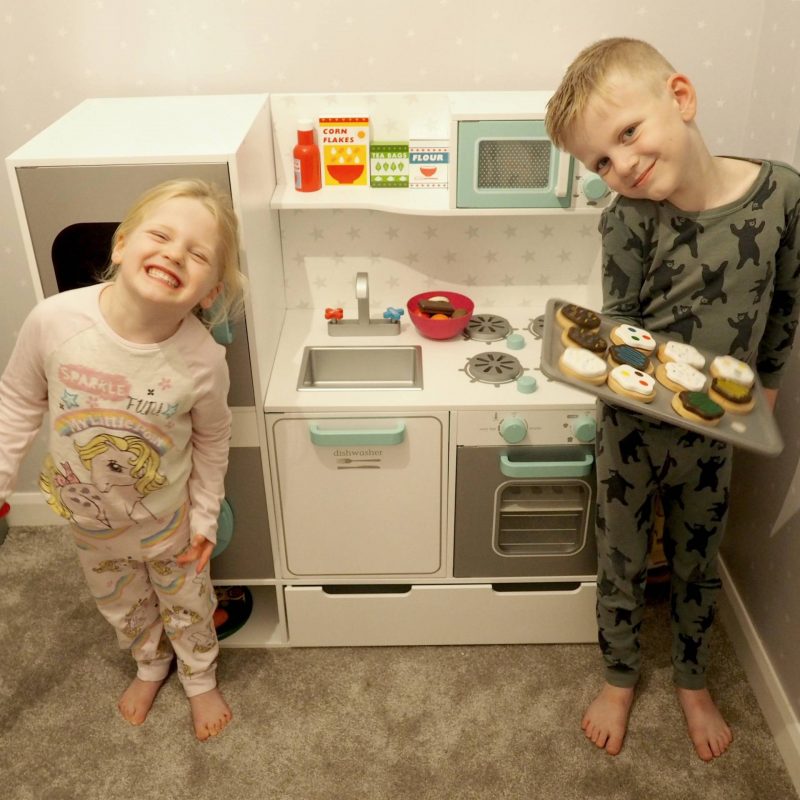 Secondly, I absolutely LOVED the level of detail in this kitchen- from the washing machine with the little pull out drawer for ‘powder’, to the cooking hobs that can be ‘turned on or off’, there is so much to hold a child’s interest. Our two like pretty detailed games now, and on their first go at playing with it, it was so lovely to overhear them play

“I need to put the dishwasher on before we go up to bed!” Said Freddie excitedly.

Adorable (and the sign of a future practical man!)

Here’s a little look around the kitchen… 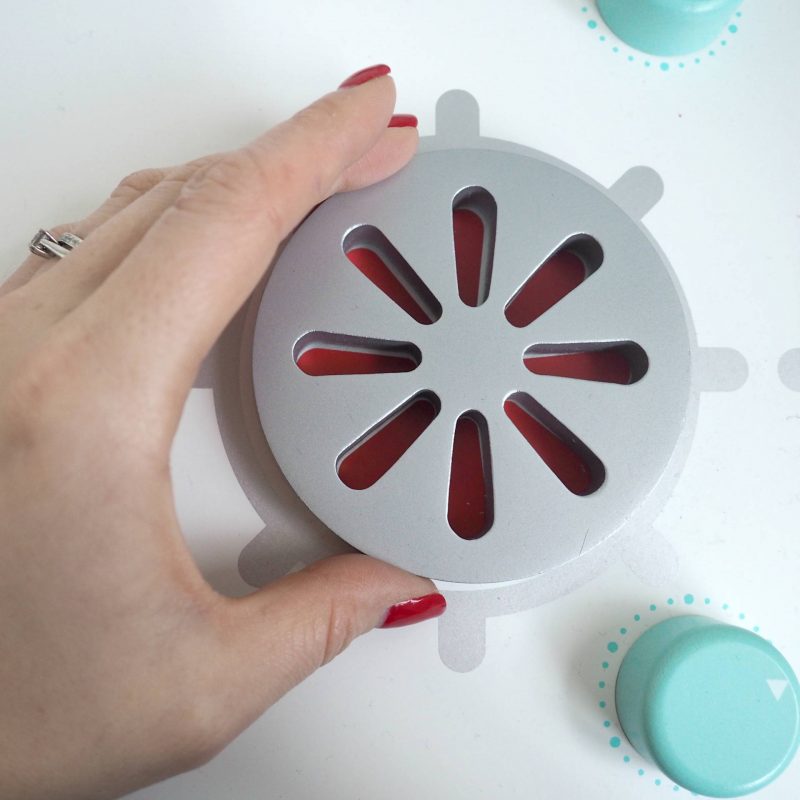 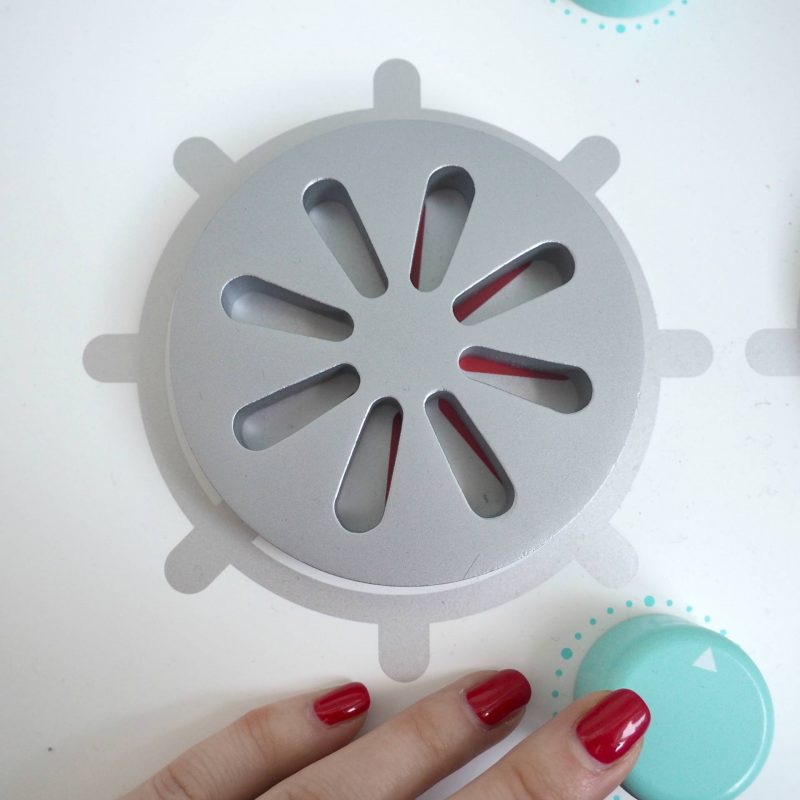 The hob on the play kitchen is just fantastic! By turning the dials for each individual one, you can make each hob go red for ‘on’ and turn it back to silver for ‘off’- one of the reasons I was impressed with the overall level of detail the play kitchen has. 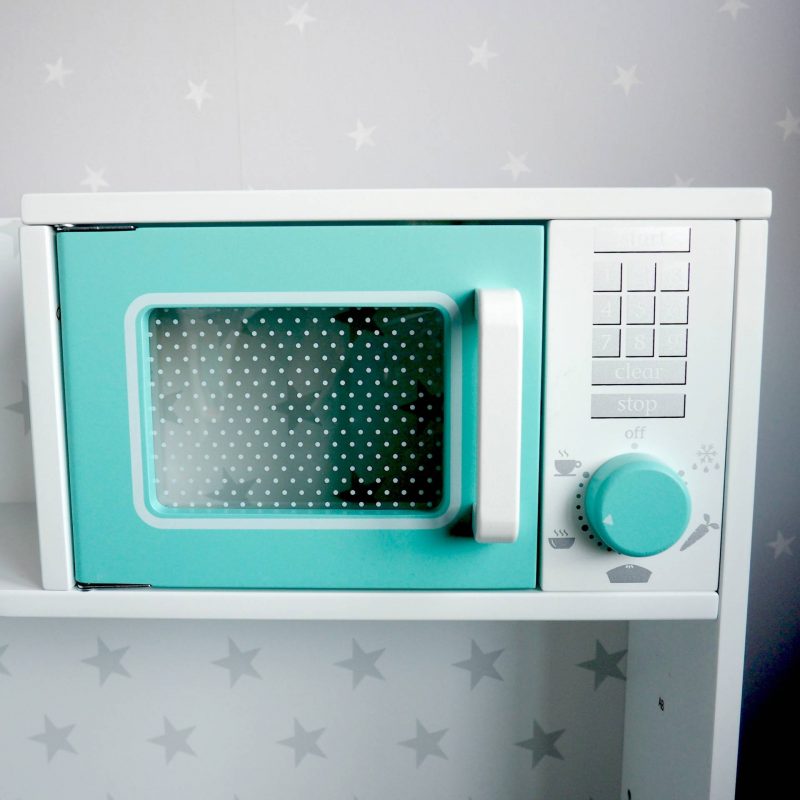 ^^Freddie and Sasha enjoy heating up their porridge in the microwave! Again, the dial turns according to the setting required by the child. Each door that opens on the kitchen is also sturdy, and has held up so far to some enthusiastic opening and closing. 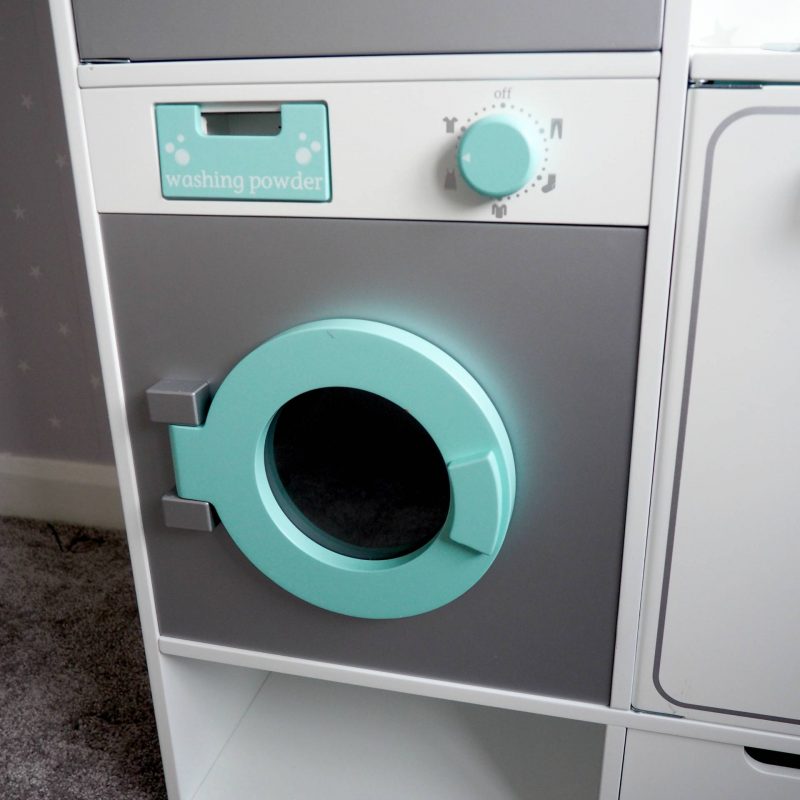 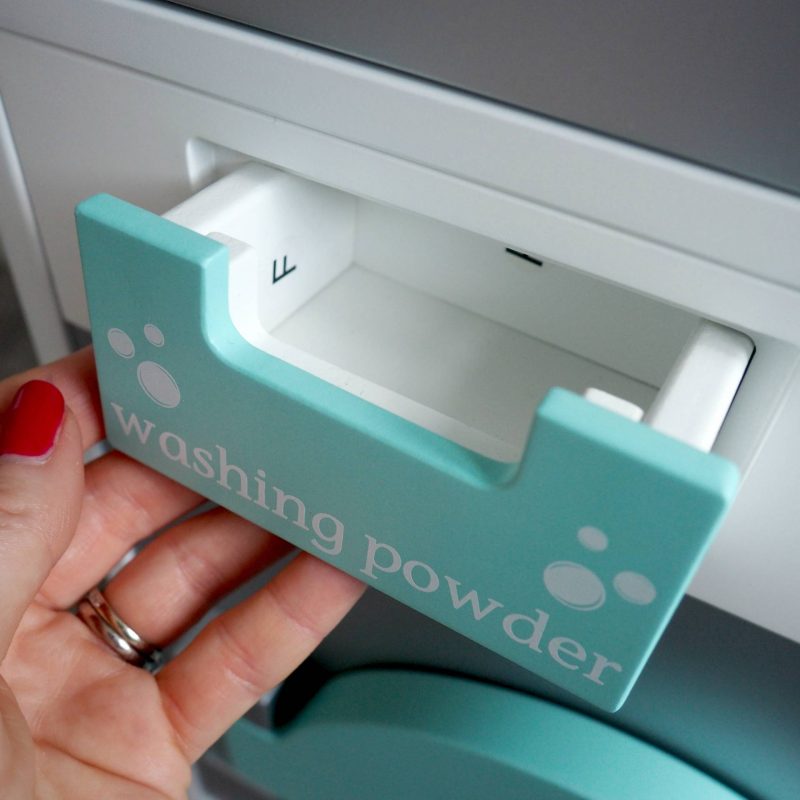 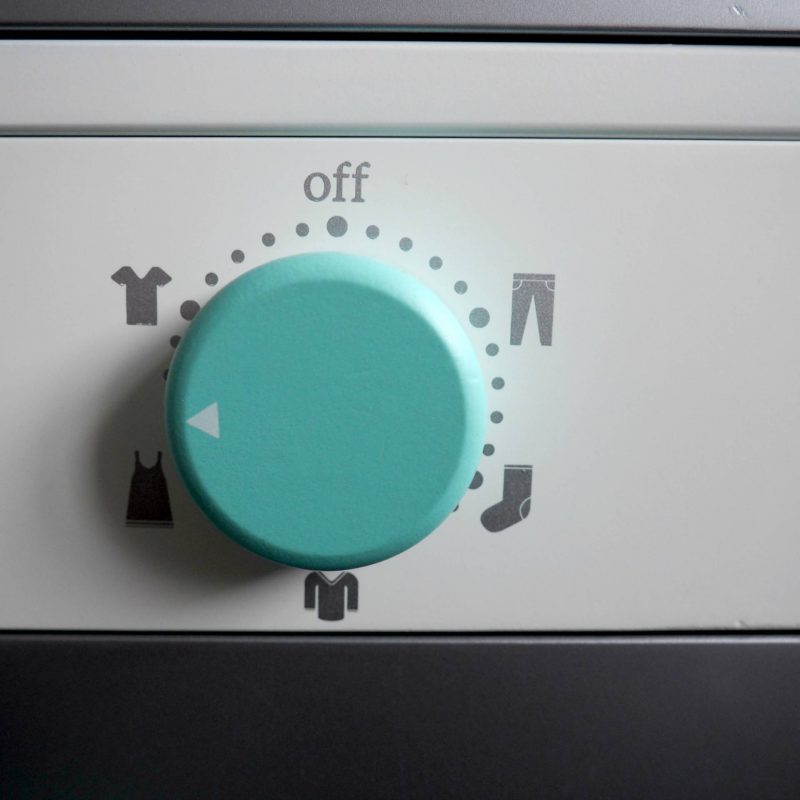 ^^Probably the biggest hit so far- the washing machine! Our old toy kitchen didn’t have one, so when the children first saw this they squealed with excitement, and Sasha immediately stripped the clothes off her dolls and stuck them in the machine! I just adore the little powder compartment too. 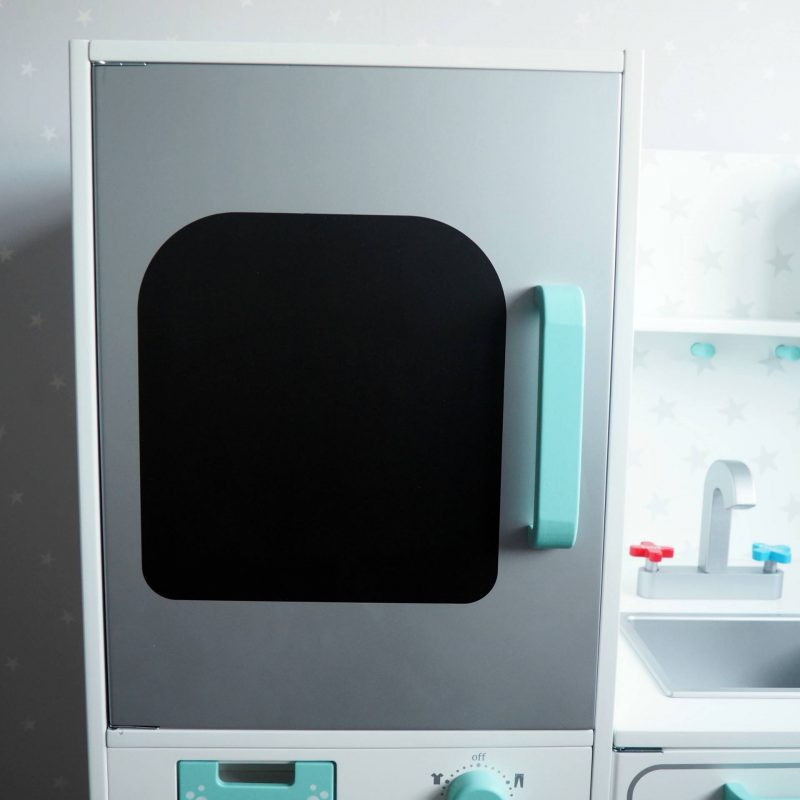 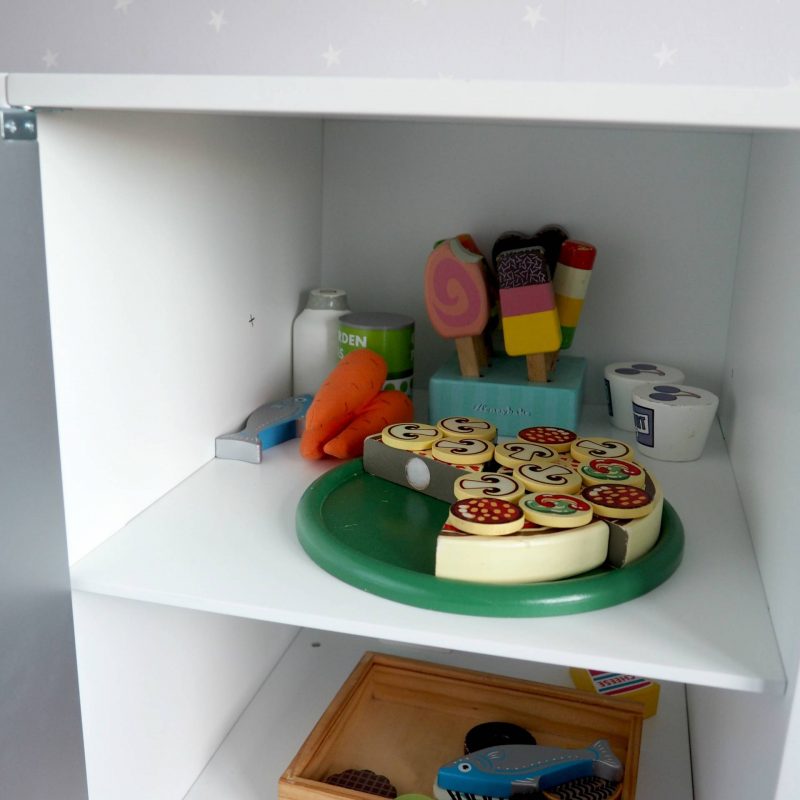 ^^The ‘Fridge’ here (that’s what I’m assuming it is, although it could double up as a storage cupboard too) has a chalkboard on the front so the children could write notes if they want, and is great for keeping their play food in. Everyone loves a bit of leftover pizza after a party! 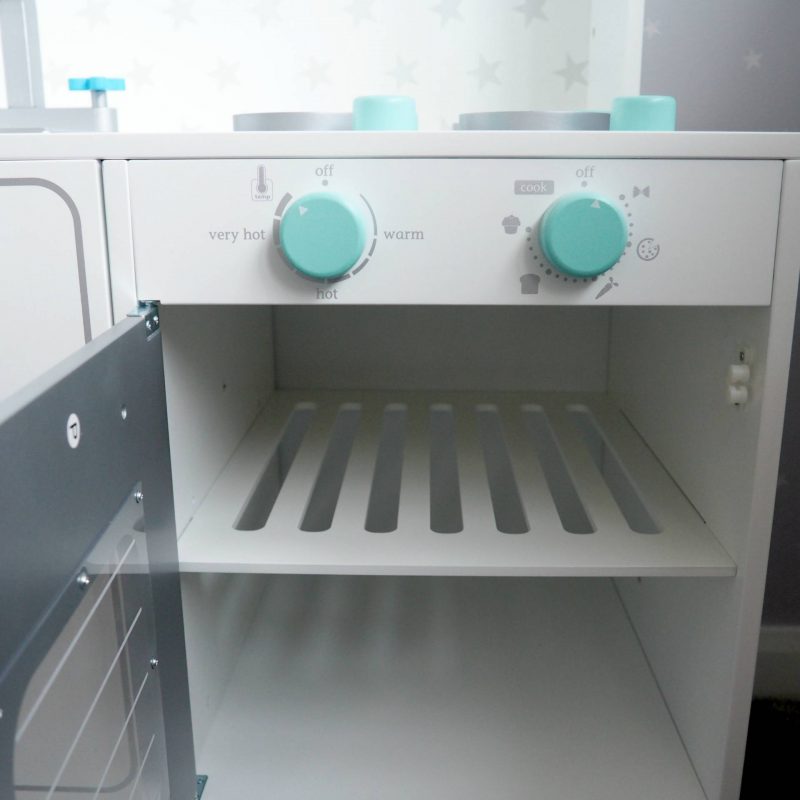 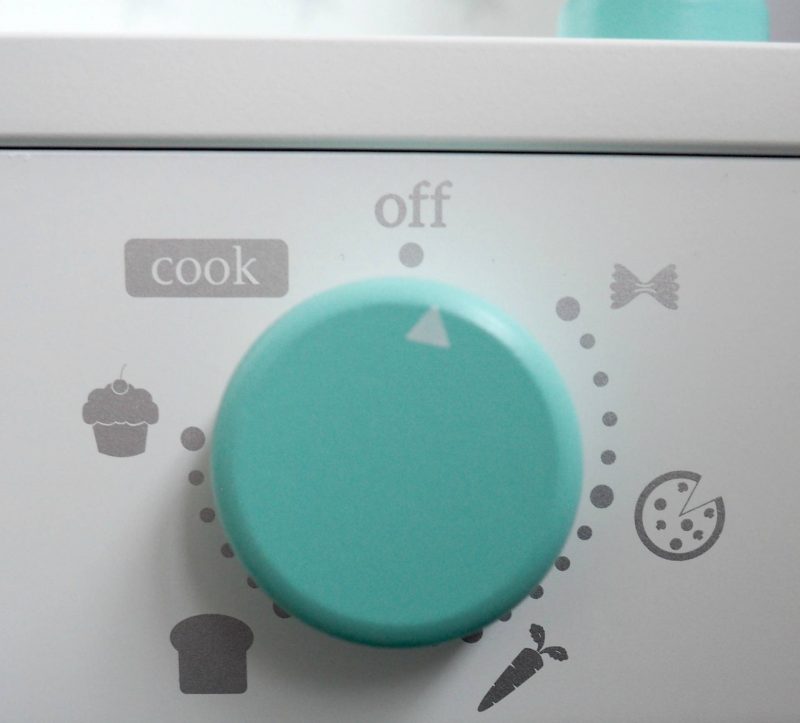 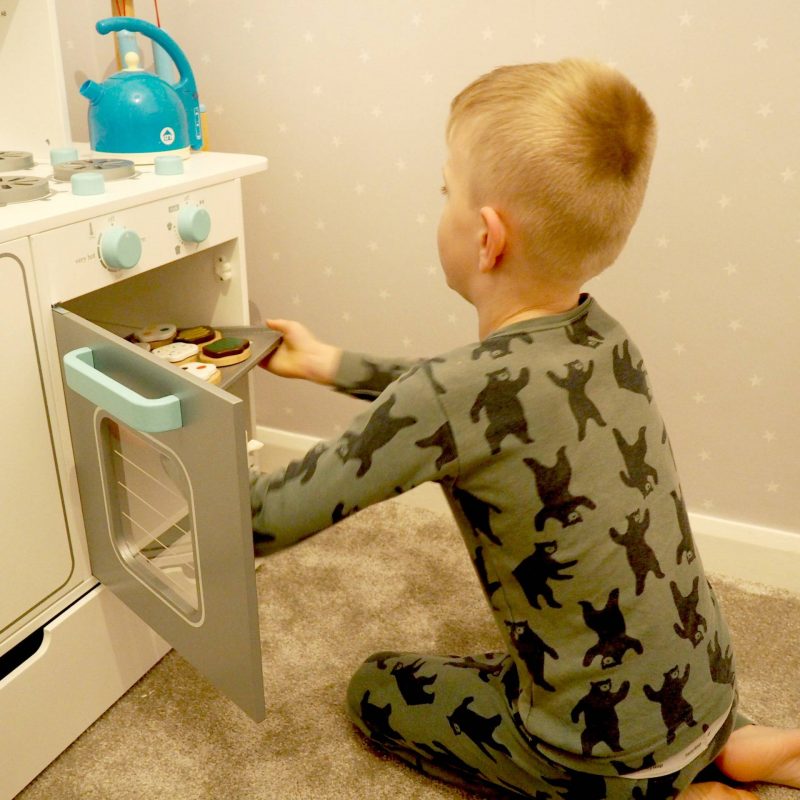 ^^The oven also has detailed settings that the children can use- our two like baking pretend cookies in the oven, or a good stew. 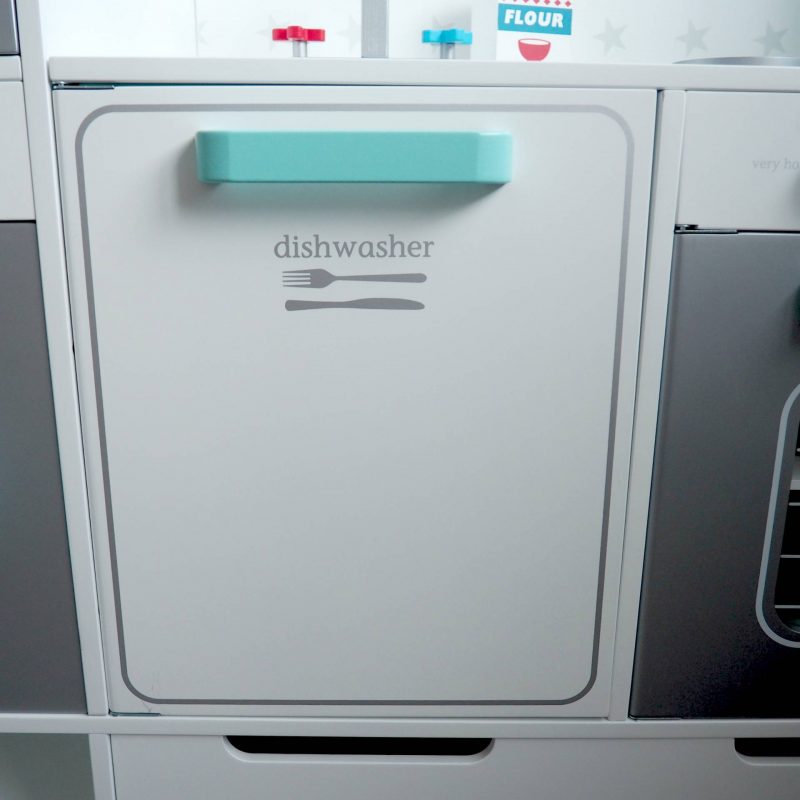 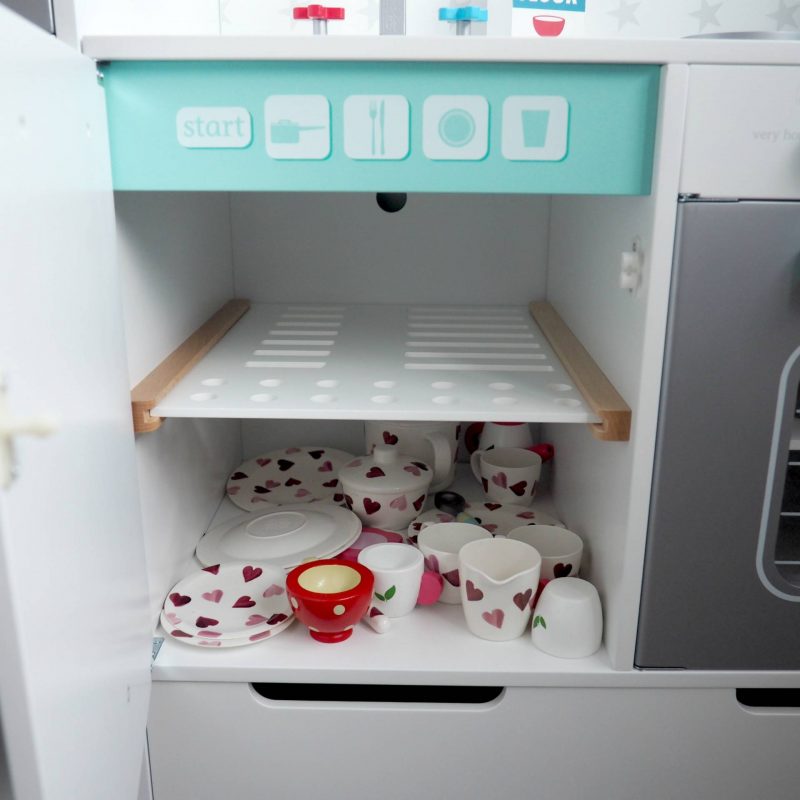 ^^The dishwasher- you can tell this a modern play kitchen, and after researching I noticed that lots of others don’t have this feature. Freddie and Sasha need a bit of practice with their stacking though- they clearly take after their mother! 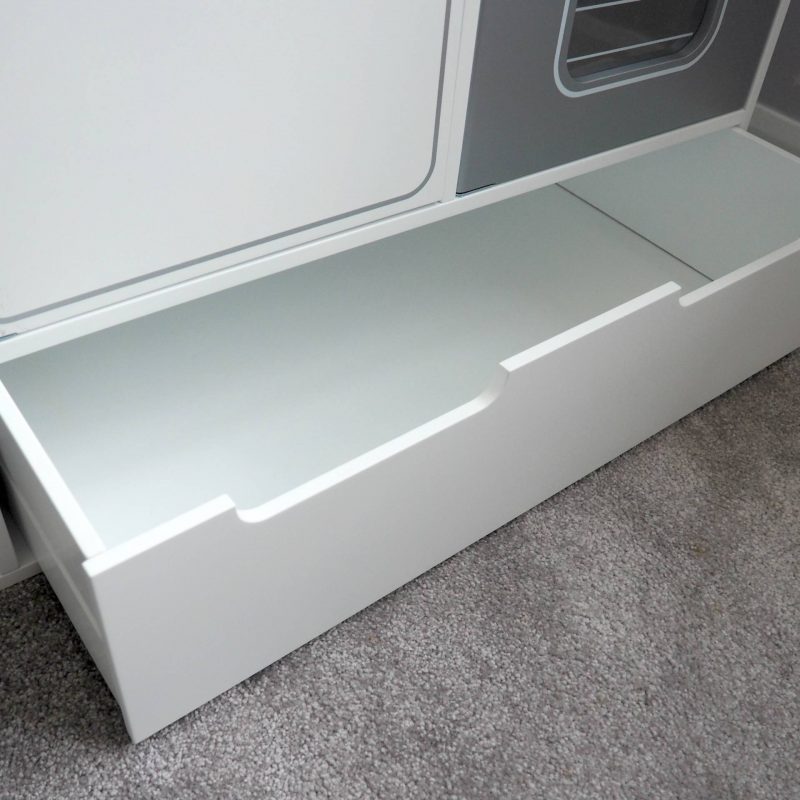 ^^Weirdly one of my favourite parts of the kitchen from a parent’s perspective- this large storage drawer underneath the kitchen is just PERFECT for holding all the play food and pots and pans, especially if you’re short of space, and is a really thoughtful addition. 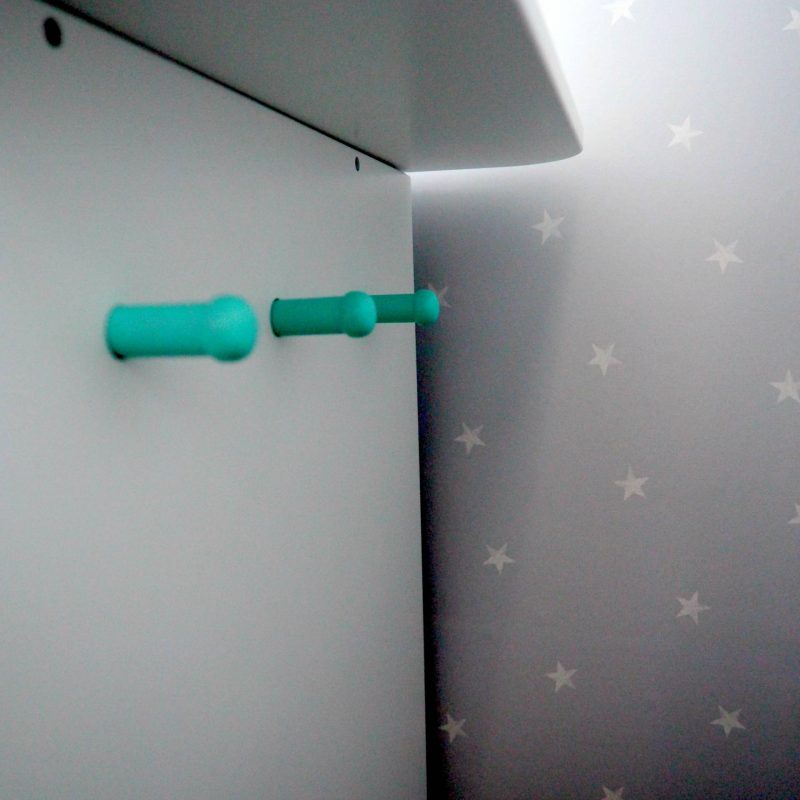 ^^These little pegs are great too- we hang their little oven gloves on them. 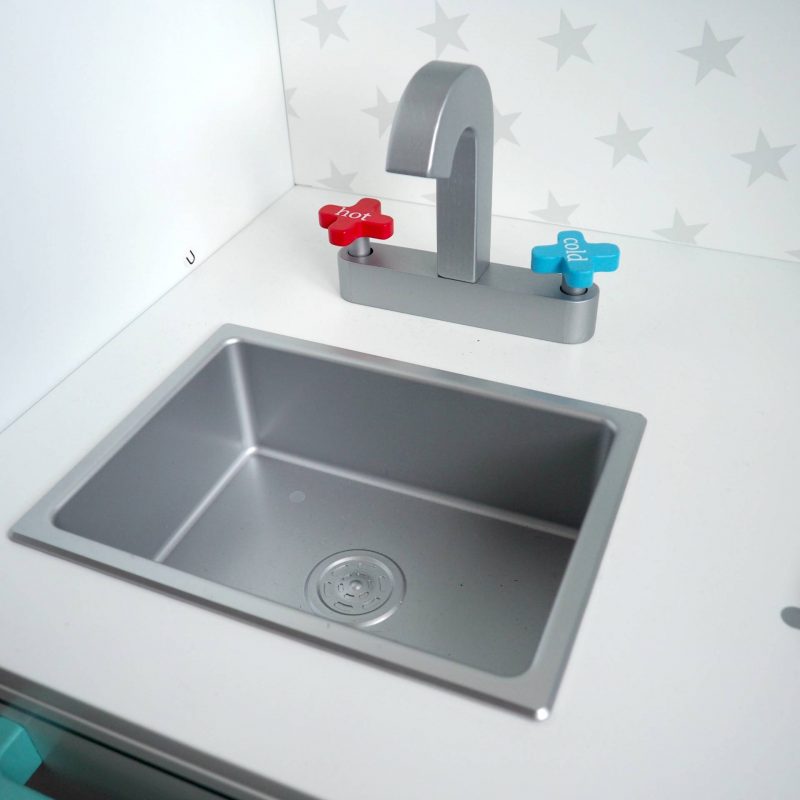 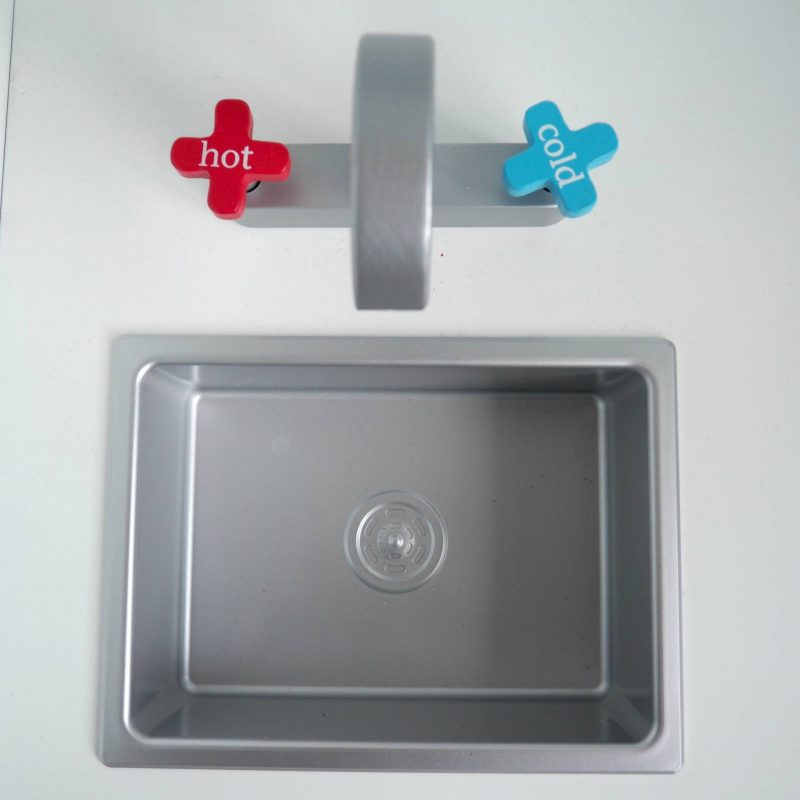 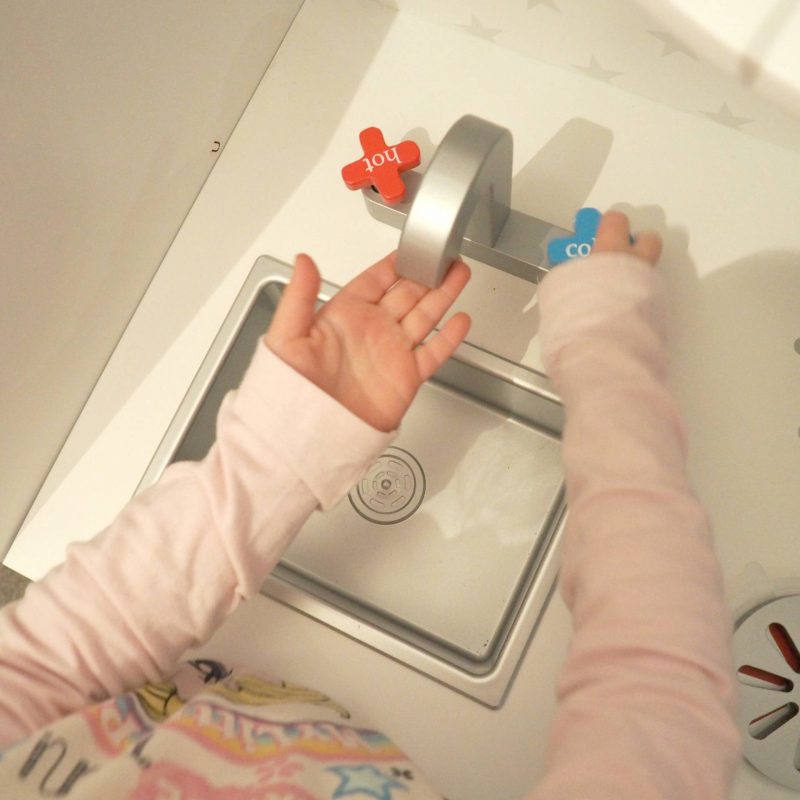 ^^The sink gets a big thumbs up from Mum here- not only does it look realistic but the actual sink lifts out, so you could put real water in and have no problem emptying afterwards, again, a feature that many play kitchens just don’t have. 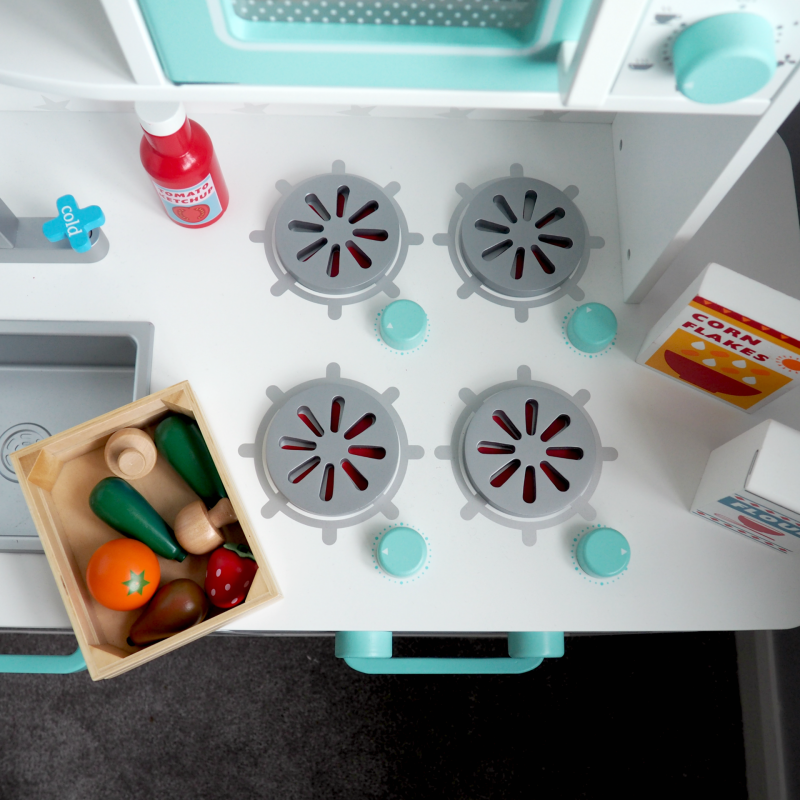 So what did we think of our Sea Salt Play Kitchen?

At £190, this kitchen admittedly isn’t cheap, and I thought to myself “would I pay this if we hadn’t been sent it to review?”. And the honest answer is a big YES. The size and detail of the kitchen is just fantastic, and I wish we had got our mitts on one of these a couple of years ago as I just know that the children then would have had at least a good 5 years of use out of it- which equates to £38 per year for one child, and halve that again at spend per child if you had two. Absolutely worth every penny.

I’m not going to lie, it takes a fair bit of time to put together and ideally needs two people, although my amazing Mum put most of it together by herself one day whilst I was unpacking boxes fter the house move so it can be done, and it took her a good 2-3 hours. A couple of the screw holes are slightly on the tricky side to access once the kitchen has begun to be built, but as long as there are two of you this isn’t a major problem. If you can help it, I really wouldn’t leave assembly until Christmas Eve evening- get it done before and store away in the garage/neighbour’s house/cover up carefully away from prying eyes!

And what a truly magical present to open on Christmas Day.

We went for the Sea Salt Kitchen because it was more unisex, but there is also it’s pink equivalent, the ‘Gumdrop’ Play Kitchen that’s also available if that’s more your child’s thing.

Our two can’t get enough our their kitchen, and I have a video review coming soon too so stay tuned! 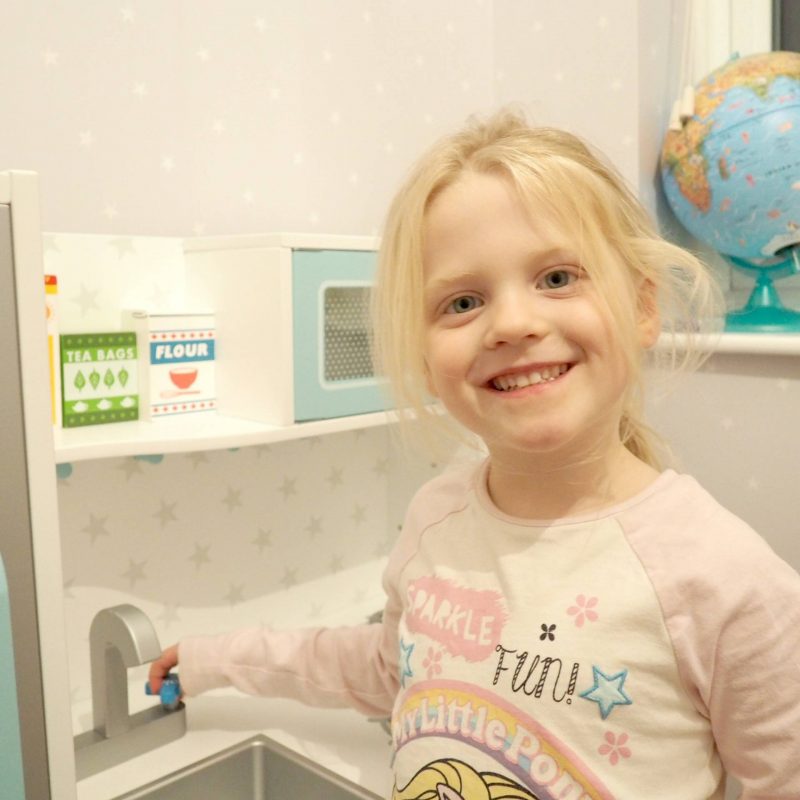 *We were sent this play kitchen as members of the GLTC Testing Team, all thoughts and opinions are our own though.