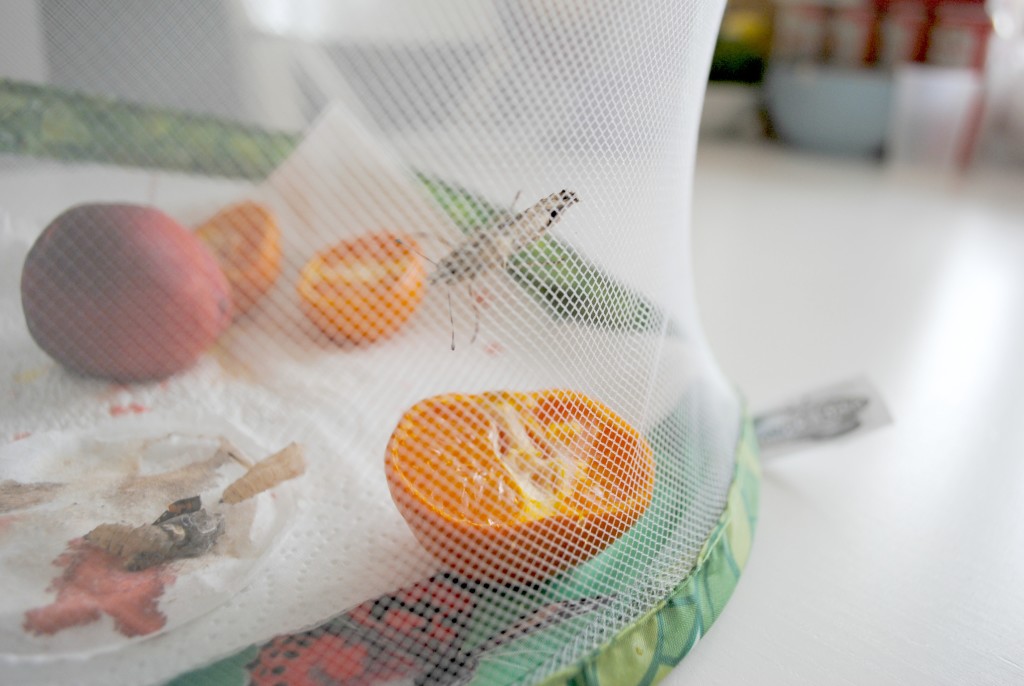 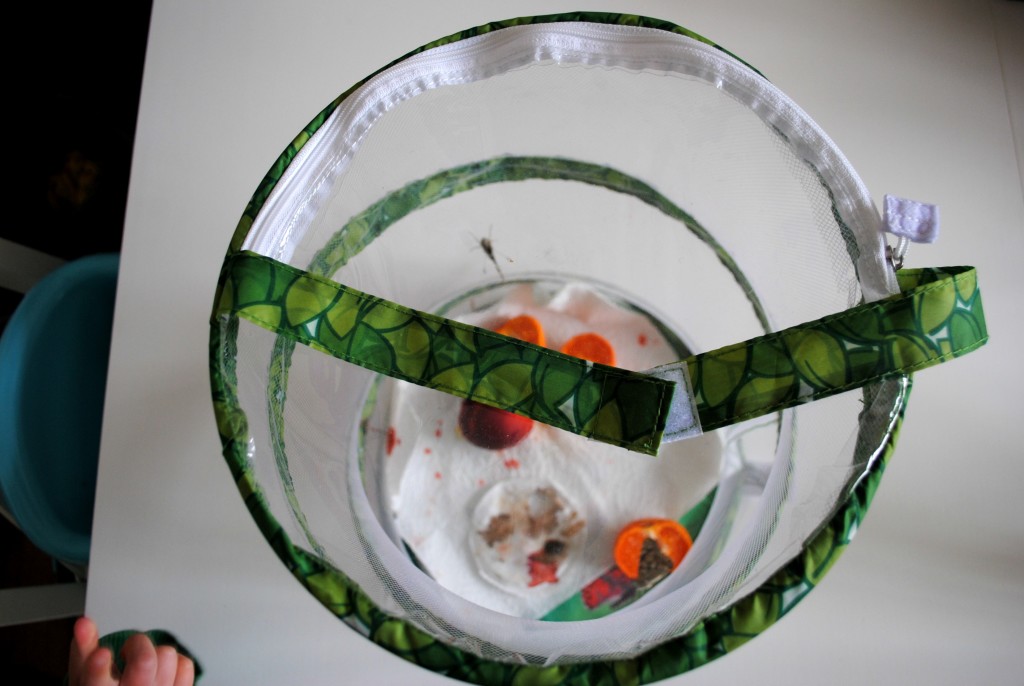 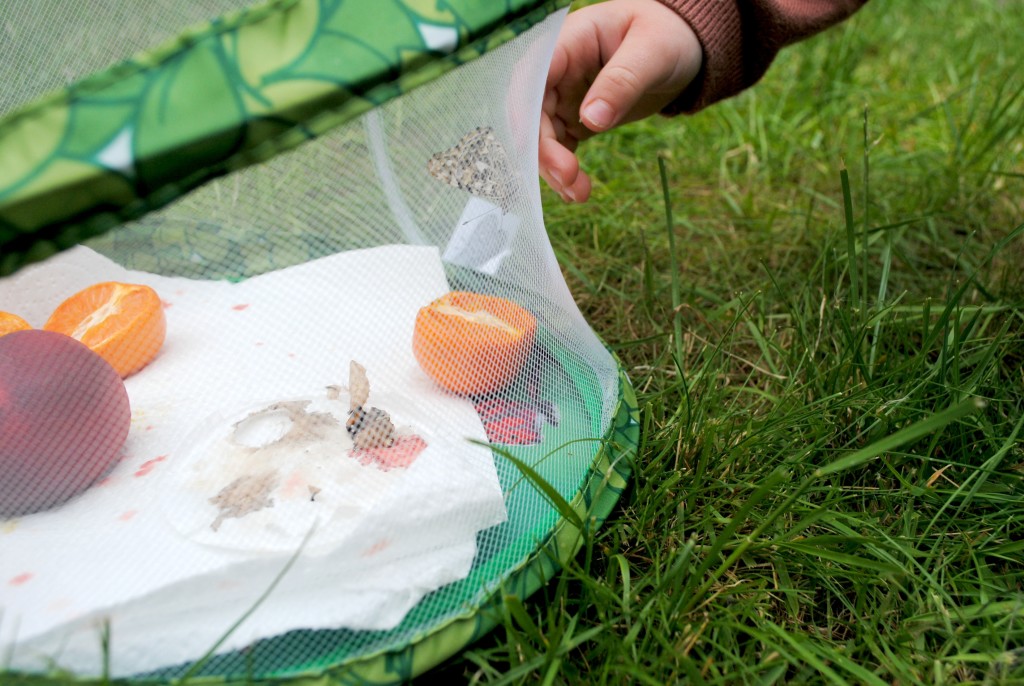 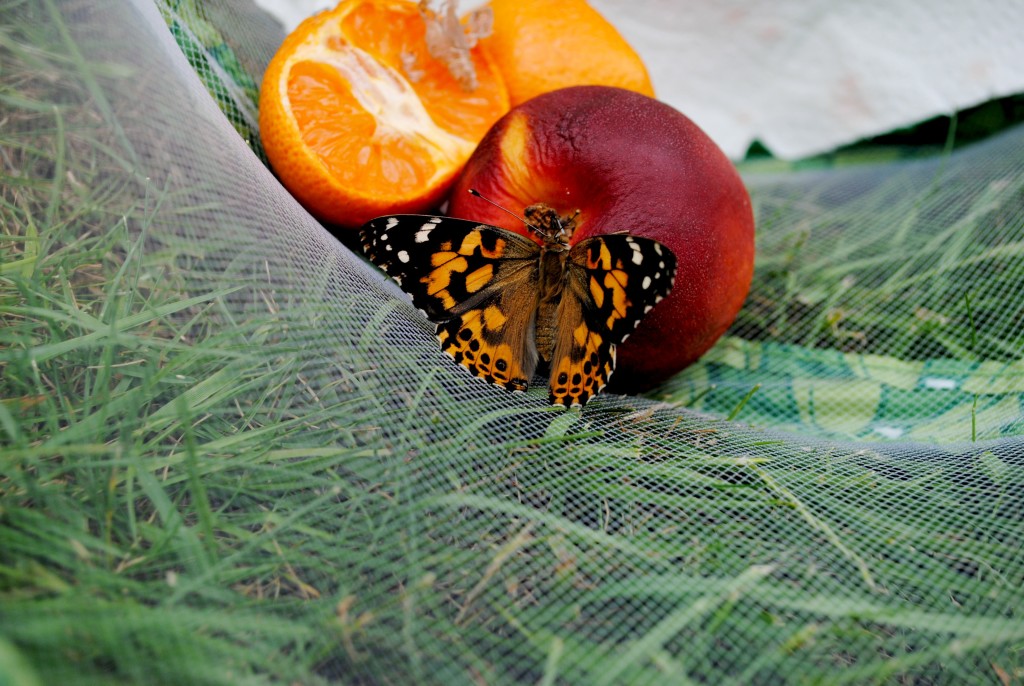 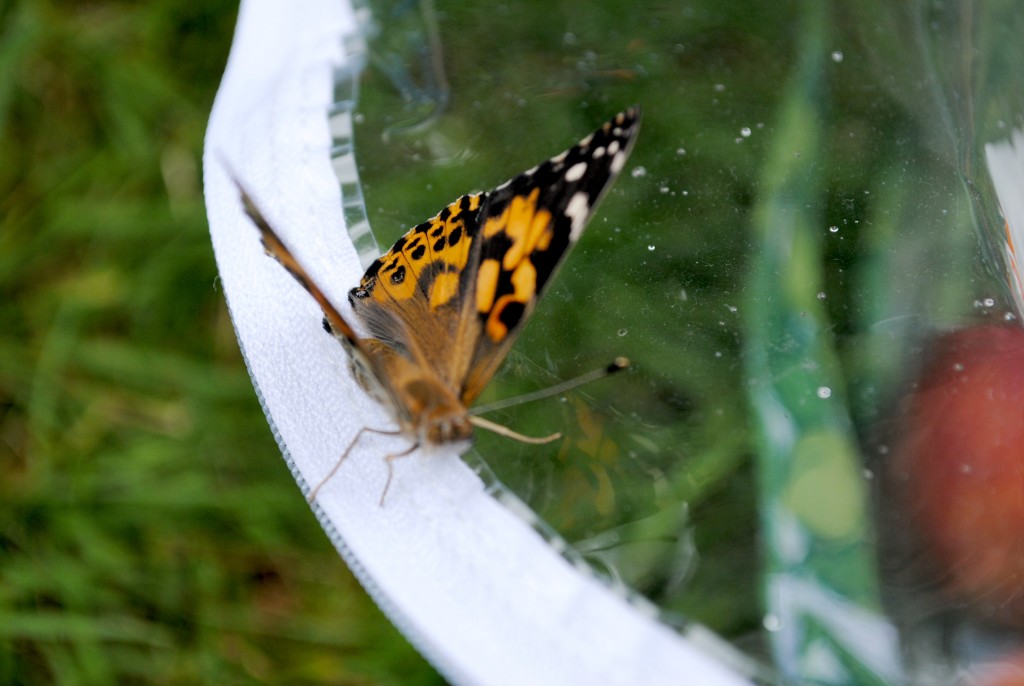 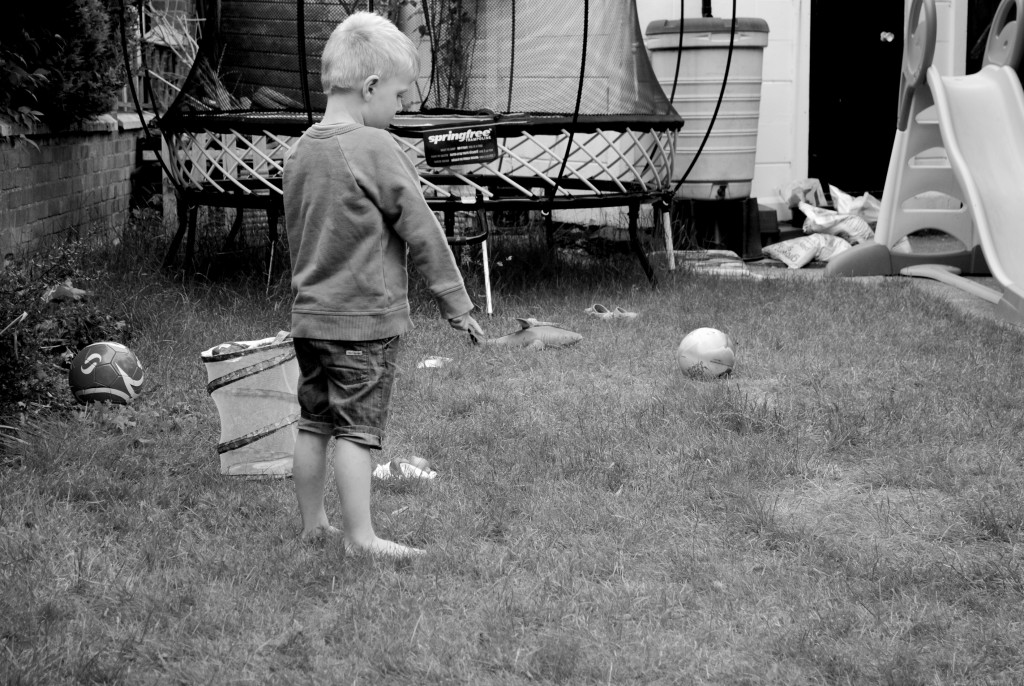 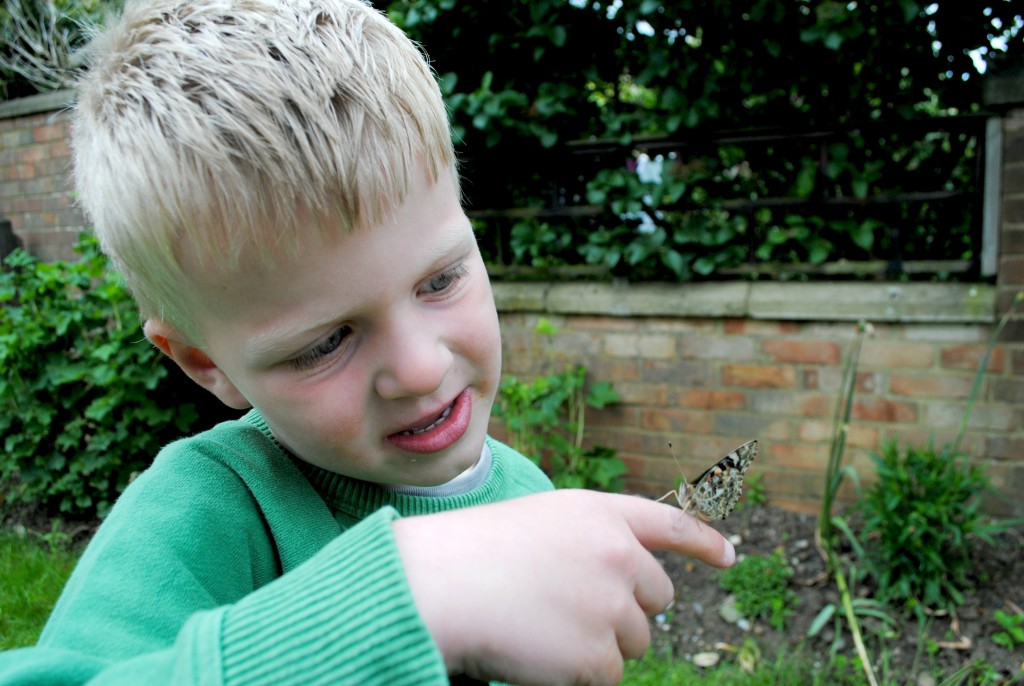 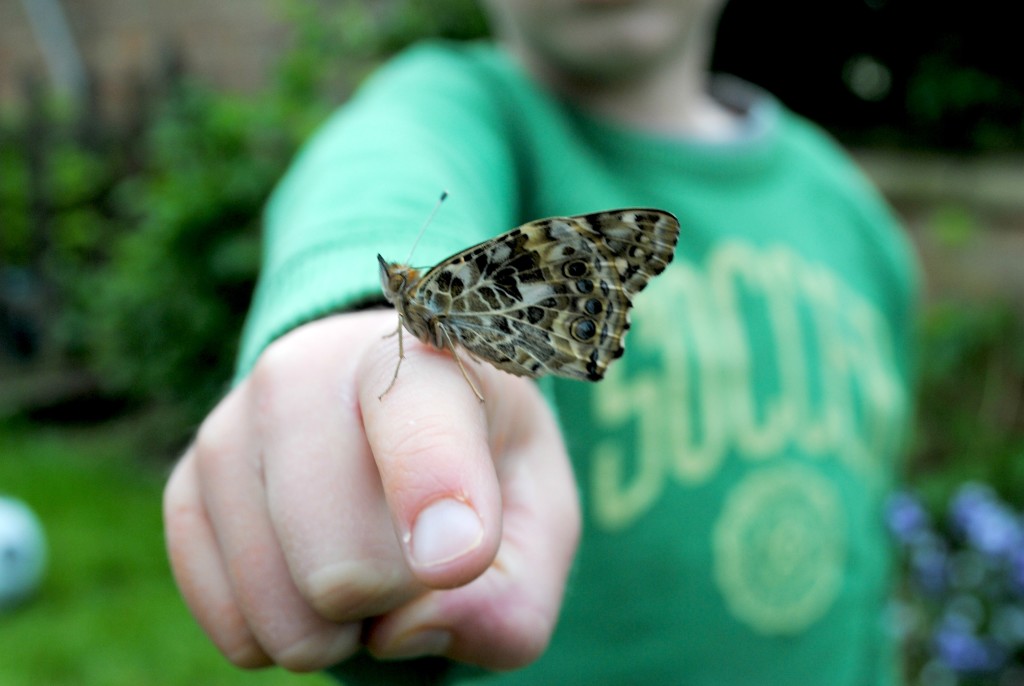 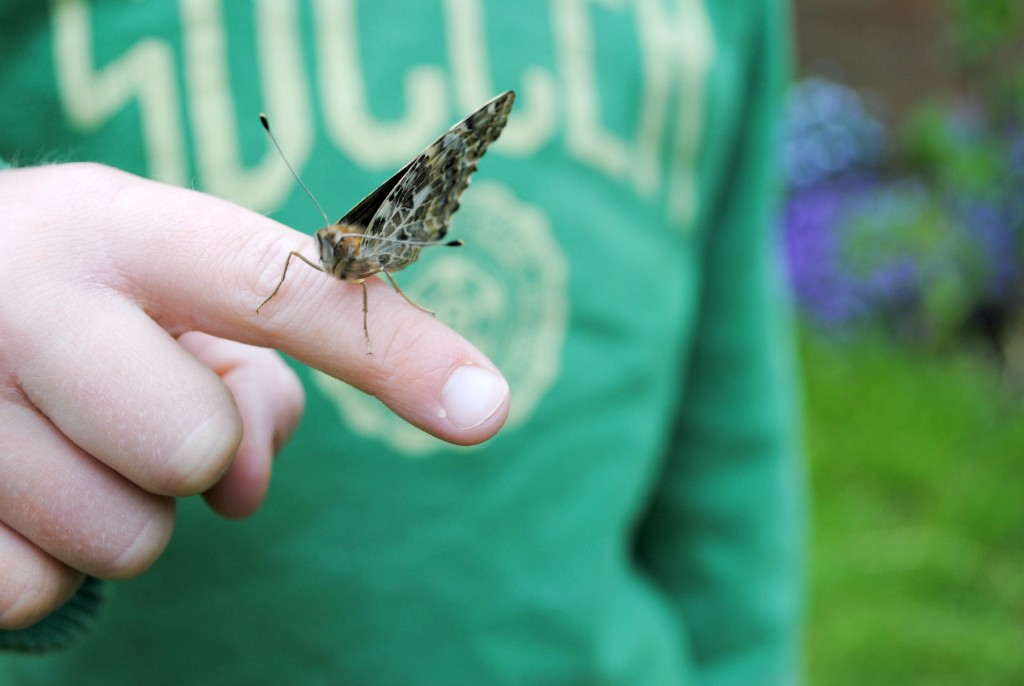 As a parent you feel like you should know all the answers to your child’s questions (Why are YOU my Mummy and not somebody else? How do chickens make eggs? Why am I born? That last one there is DEEP, especially at 6am). I realise that we are only human though, and sadly not superheroes- we just can’t have those answers all the time.

The one I thought I would be prepared for is around the subject of death, and expecting the inevitable “What does ‘died’ mean?”. I had it all planned out, you know, what I was going to say, after all, it’s quite an important topic.

And reading this back, it seems actually a bizarre way of explaining death. But like I said, we haven’t practised this sort of thing before, and what the hell do I know?! 😉

I wanted to be as honest as possible, as I thought the concept of ‘heaven’ might be even more confusing, and I’m not sure how I fell about that anyway myself.

A few weeks ago we bought one of those ‘grow your own butterflies’ kits, where you get sent 5 caterpillars through the post (true story), they live in this little pot with food, and after a while turn themselves into cocoons, that are then ready to transfer to this netted enclosure, in order for them to eventually turn into butterflies.

After a while it became apparent that only 3 caterpillars had graduated to cocoons, where as the other two (Henry and Sophie!) had sadly not made the hairy caterpillar cut.

THIS I thought, was the perfect (well, as it ever could be) introduction to death and dying.

So Freddie asked why only 3 were cocoons, and what had happened to the other two caterpillars.

When I said that they had ‘died’, and well, basically what I have written above, as gently as possible, and that it’s very sad but it’s what happens sometimes (I still don’t know if this was even too brutal for a 4 year old?), the lip began to wobble.

And those big blue eyes that I love so much filled with tears, that began to roll down his cheeks.

I reassured him that it didn’t happen very often (and touched wood about a million times that this would still be the case), and cuddled him in close to me, but he was inconsolable for a good half hour.

I wondered if I had done the right thing, talking about death, to someone so little.

There doesn’t appear to be a manual that tells us when is the right time to broach such subjects.

Or even if/when they really understand.

So maybe it shouldn’t have surprised me, after 2 beautiful tortoiseshell butterflies emerged from their cocoons (another didn’t make it out properly, I didn’t bother bringing this unfortunate end up this time)

that Freddie shouted “Mummy, Henry and Sophie are back, they’re back from died!”

He genuinely thought that those rotting caterpillars on the bottom of that grotty plastic pot had come back to life, and that ‘died’ clearly didn’t mean forever at all.

It was the Butterfly equivalent of the Resurrection!

And you know what?

I wasn’t going to spoil that for him, not on this occasion.

Because in that split second of tiny 4 year old optimism, I realised how sweet, perfect and how simplistic they are. That they just don’t get the concept that something so terrible could happen as ‘died’.

And so as we released our impostor ‘Sophie’ and ‘Henry’, a few days later, Freddie stood watch over them as they fluttered in the grass and gathered strength in their wings.

For a while they just sat there, before flapping about us and landing on my boy’s hands.

“They don’t want to leave me!” exclaimed Freddie.

“No, they must have been really happy with us” I said.

It was then I knew I was happy to let him believe his concept of ‘died’ for that bit longer, to maintain that beautiful innocence of his.

It was a lesson learned for me.

For as sure as our little ones grow and thrive, the one thing that does die is their naivety about the world, and about life, and that innocence.

I just hope my sensitive, blonde-haired, gentle giant can keep his for as long as possible…

I’m not usually this sentimental on the blog, but this really got to me! When did you discuss the subject of death with your children? Is 4 too young? Any tips on how to do this well? I clearly need all the help I can get for the future!

Linking up with Let’s Talk Mommy and ‘Share With Me’