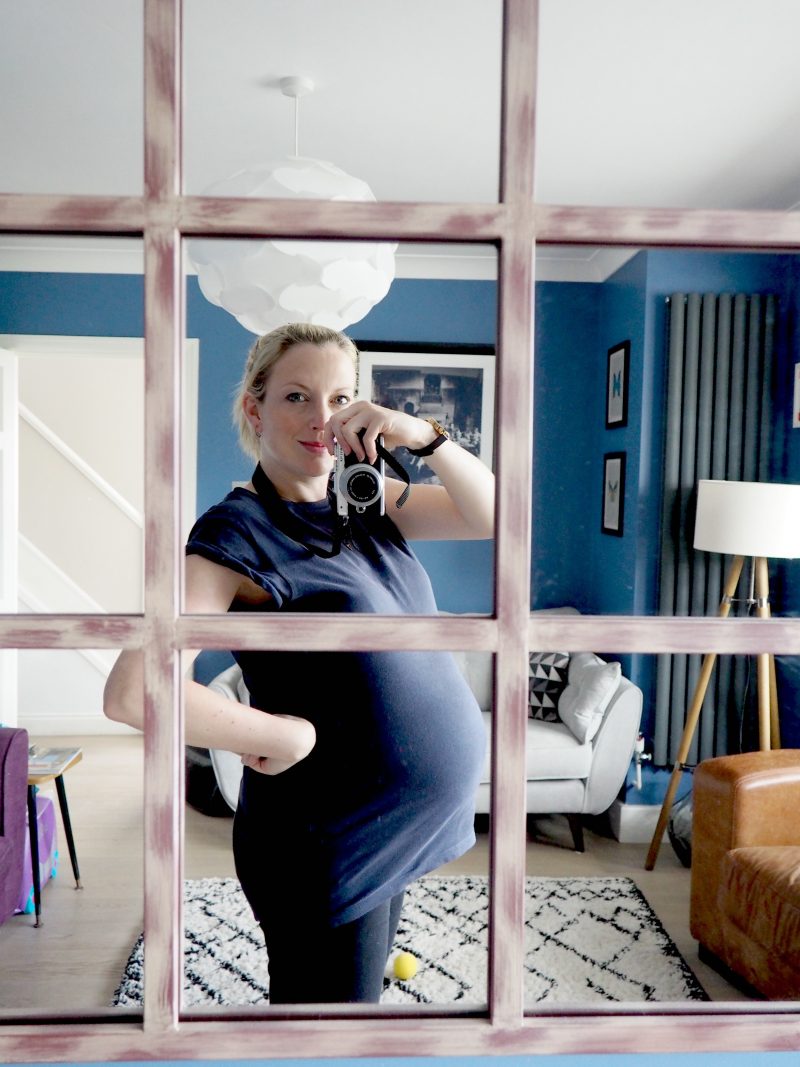 I’m now nearly 39 weeks pregnant and we really are in the home straight! Freddie and Sasha were both 6 days overdue, so I’m not expecting our new baby boy to arrive early, although there is a part of me that would love to be ‘surprised’ with a 39 weeker. In reality, I will be more than happy with a safe arrival around my due date, as we still have a few things for the baby to sort, and are awaiting the arrival of a new frame for our Bugaboo pushchair as the old frame is broken. Baby is not allowed to come before this comes!

We took the children to the shops last weekend so they could help pick out the last minute bits for the baby. Things like muslins, bibs, a new baby carrier, play gym and a new cot mattress…. We think it helped them feel more involved with the new arrival and that their opinion matters, and they seemed really pleased with their choices which was nice to see. I think that whilst they’re both excited at the impending arrival of their new sibling, they’re a bit ‘over’ the wait now, as at 5 and 6 they still don’t really have the concept of time in terms of weeks and months. If it’s felt like a long wait for me, it must feel like forever for them! They often ask “is the baby coming this week”, or when June arrived they assumed the baby was coming that very day- we had to break it to them that he most likely wouldn’t be arriving until much nearer the end of the month.

As far as myself is concerned, I haven’t actually been feeling TOO tired, providing I haven’t had to walk far in the recent heat, but as with Sasha (my second pregnancy) I seemed to have saved all my niggles and ailments for the final few weeks. I seem to ‘do’ early and mid-pregnancy okay, but this past month I’ve started getting horrible migraines with auras, meaning that I can’t see or do anything for a couple of hours once one begins, and whilst I can deal with the accompanying headaches I’m finding being out of action unexpectedly for a few hours really frustrating. I’ve also had a chesty cough and blocked up nose that I’ve had since our trip to Italy and is only just clearing up now, as well as a suspected urine infection (joy!), so to be honest whilst I could do with a little more time to do things, I’d quite happily have him out now!

On a positive note, we went to Kings College hospital the other week and had a final scan at 36 weeks (due to the hospital being part of a research facility) and got to see our baby one last time before he’s born and it was amazing- he was yawning as well as mouthing on his own cord! It was so clear and very surreal. It’s funny as it’s not actually our nearest hospital, but where we live in SE London falls under the hospital trust so we had an option to have our scans there plus the extra one at the end, and we though “why not?”.

We’re also booked in for a home birth, all going well, although we can change our mind at any time, so are just starting to get prepared for that. I have to admit that I’m still dithering about this slightly and I’m not sure why. I’m considered low-risk, we’re a very short drive/blue light to the hospital, and the community midwives have gone through everything with us, but there’s still a part of me that wonders if it’s actually more faff in a way having the baby at home (especially with the other two children to consider) and that we’d be better off going into the birth unit again. I really need to get my head around it all and make a decision so I can feel a little more focused.