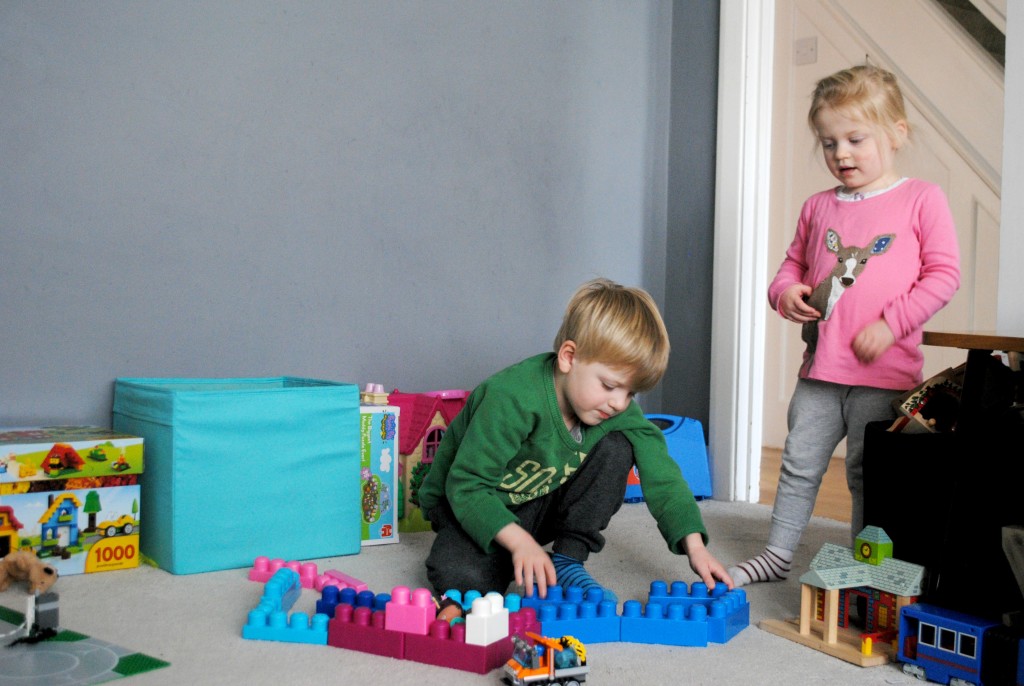 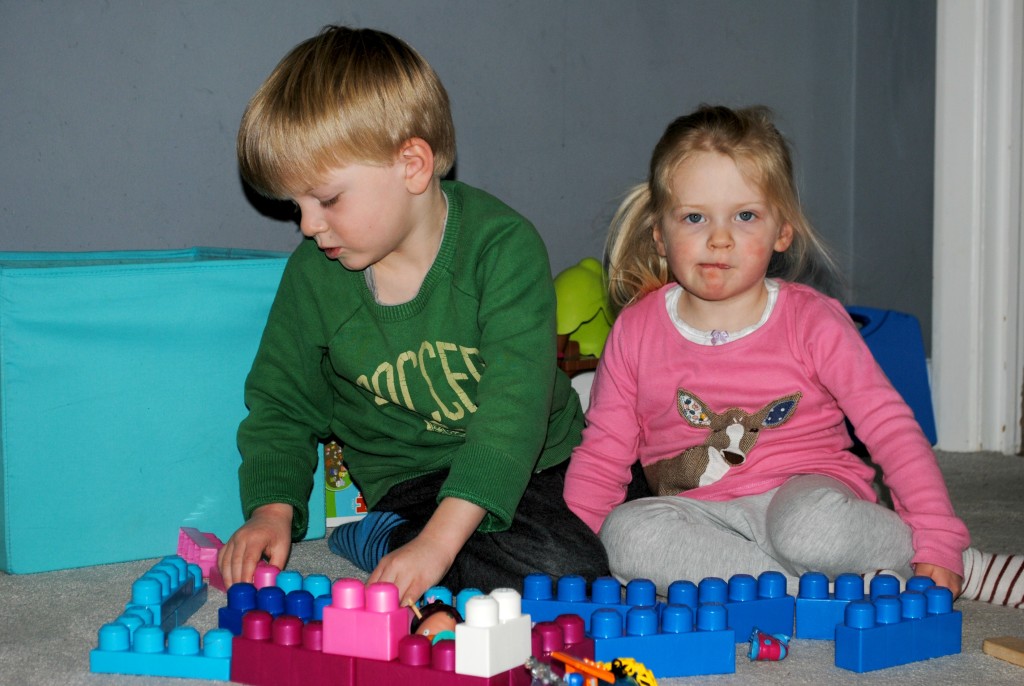 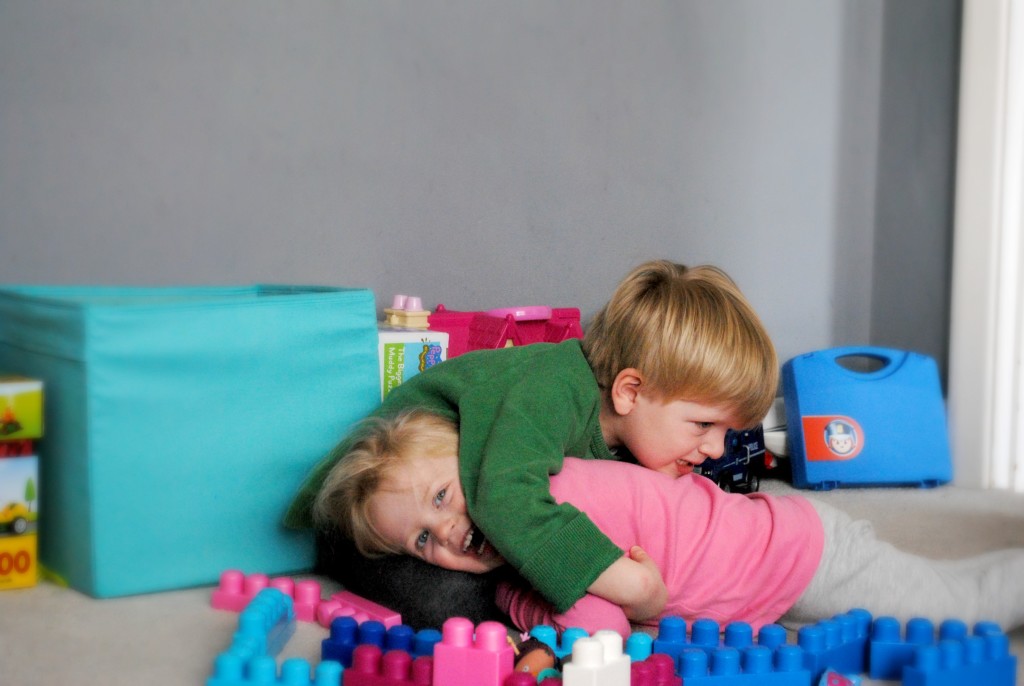 These pictures might seem fairly innocuous to the casual observer, siblings playing a simple game together on a Sunday afternoon. But what the body language says to me is different, and signifies a shift this last month or so in their relationship. S has always been considered the slightly more fearless one out her and Freddie. Where as he has always been very outgoing and chatty with friends and strangers alike, he has always held back slightly when it comes to trying new things and experiences, sometimes needing his confidence bolstered in order to give things a go. Sasha, on the other hand, has always been quite bolshy, and not much fazes her. As a result, the small age gap has leveled out overall, and despite her diminutive size, S has often given him a run for his money when it comes to their games and seeing who can voice their opinion first.

Sasha started preschool last month, and whilst she has settled in well overall, apparently she has found it hard to be apart from Freddie, constantly ‘checking in’ on him when she’s encouraged to partake in a new activity, and can get quite upset if his other friends ‘take him away’. I witnessed this at the party of one their preschool friends a few weeks ago. Several small boys wanted to hold Freddie’s hand, to play and dance with him, and it was then I really understood what was happening. Sasha was squealing “Freddie, hold my hand!” over and over, clinging on for dear life, and he did, indeed, hold it tightly, all whilst trying to appease his little mates. The poor fella didn’t know what to do, and a couple of times looked quite upset as he felt his loyalties tested. I had to step in a couple of times, distracting Sasha with something so he could have a few minutes breathing space. There was definitely a case of Sibling Separation Anxiety going on.

Preschool seem to be on top of this though, which we’re relieved about. They’ve encouraged Sasha to spend short periods of time away from her brother, gradually increasing it, so hopefully any separation won’t be a big deal soon. I admit I was a bit choked at pick up time the other week (and believe me, I don’t do PDEs often!). One of their teacher’s answered the door, and told me how in 10 years of working there, she had never seen a sibling so thoughtful and protective of the other. At snack time they were all allowed to spread their bread with either jam, honey, or Marmite. Sasha had apparently picked the latter by mistake (she doesn’t like the stuff), and was upset. Before anyone could offer her something else, Freddie had split his honey sandwich in two, unprompted, and offered her half. I could have burst with pride when I heard this, especially as they really do argue a fair bit at home. It’s nice to know that outside of the home, away from all the squabbling over toys/stories/Peppa Pig role play scenarios, they’ve got each other’s back.

So while the dynamics of their relationship will undoubtedly change again in the future, for now, she is happy to be his little shadow, going along (for the most part) with what her brother wants to do. He has shown us maturity beyond his years, as well as his empathetic, loyal and kind nature, caring for his sister so well when she’s out of her comfort zone.

I am very, very proud of our little boy.

Teaming up with ‘The Ordinary Moments’