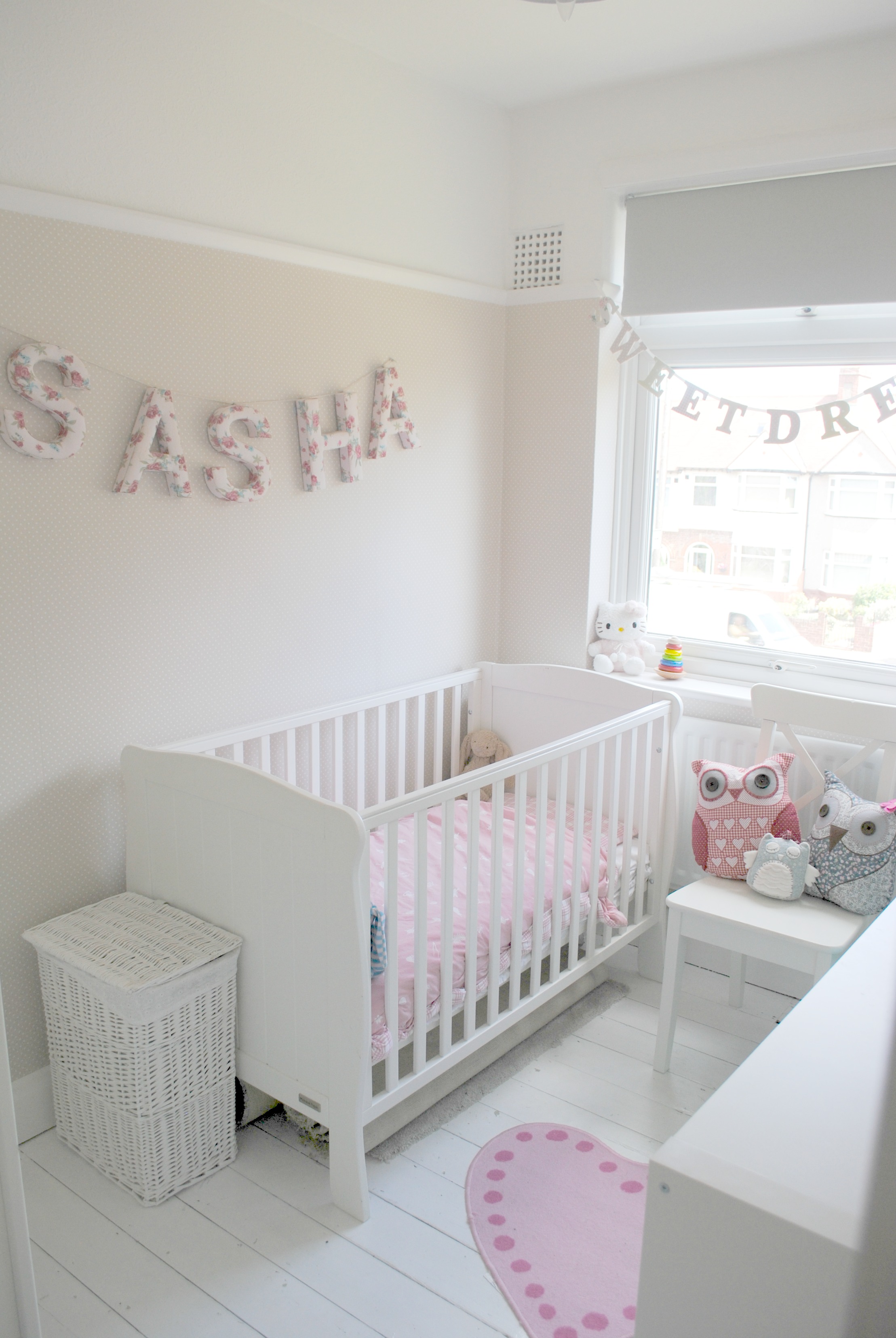 Hello, and happy Sunday! After a mini post-Britmums blogging break to gather my thoughts and re-group, I feel re-energised, full of ideas, and ready to crack on with this little space of mine. A while ago I did a ‘Bedroom Tour’ post of Freddie’s room , so thought having done this I would do one for Sasha!

Sasha’ bedroom is the smallest room in the house by far, so we’ve really had to work at maximising space, especially since we probably won’t be moving, or having a loft-conversion done for a few years. I wanted to make the room bright, and relatively clutter-free to give the illusion of space, which meant investing in some decent storage. Sasha is lucky as she shares lots of toys with Freddie, and he has lots of them stored in his room, what with it being bigger, which frees up space here.

The look I was aiming for was pretty and girly without being overly sickly-pink. Don’t me wrong, I love me a bit of pink, but I personally hate rooms where it’s covered from head-to-toe in the colour! She has plenty of pink toys and accessories, so I kept most of the room fairly neutral, with white furniture and beige/white polka dot wallpaper, and a splash of other colours i.e. the bright blue storage boxes.

So here we go, come and have a look around! I have linked where possible to where items of note where bought. 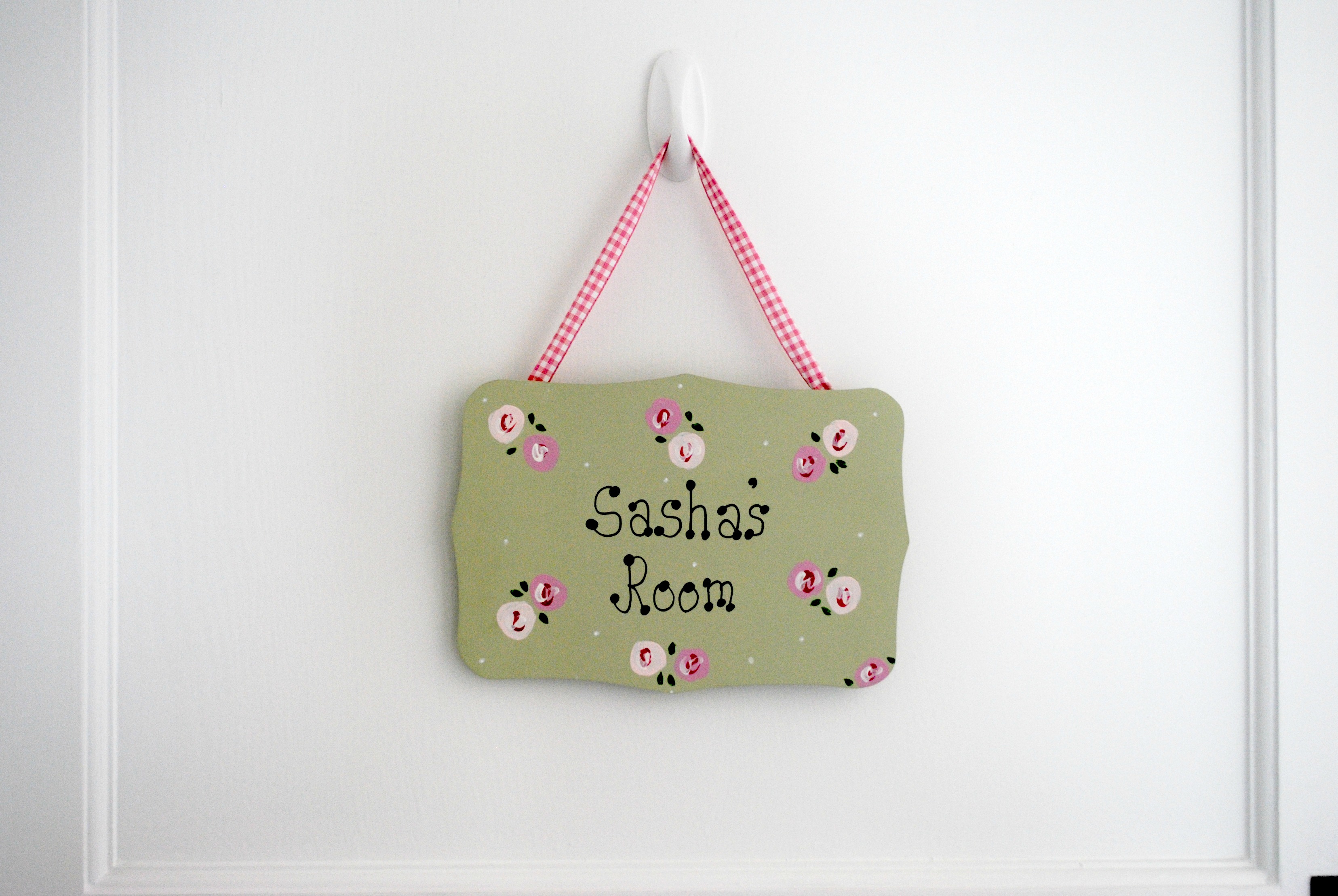 ^^^The personalised door plate was bought from ‘Not on The High Street’ and was made by a company called ‘Brambleberries’. Their signs are all hand-painted, and you can choose which colour and design you’d like to go with your chosen name. 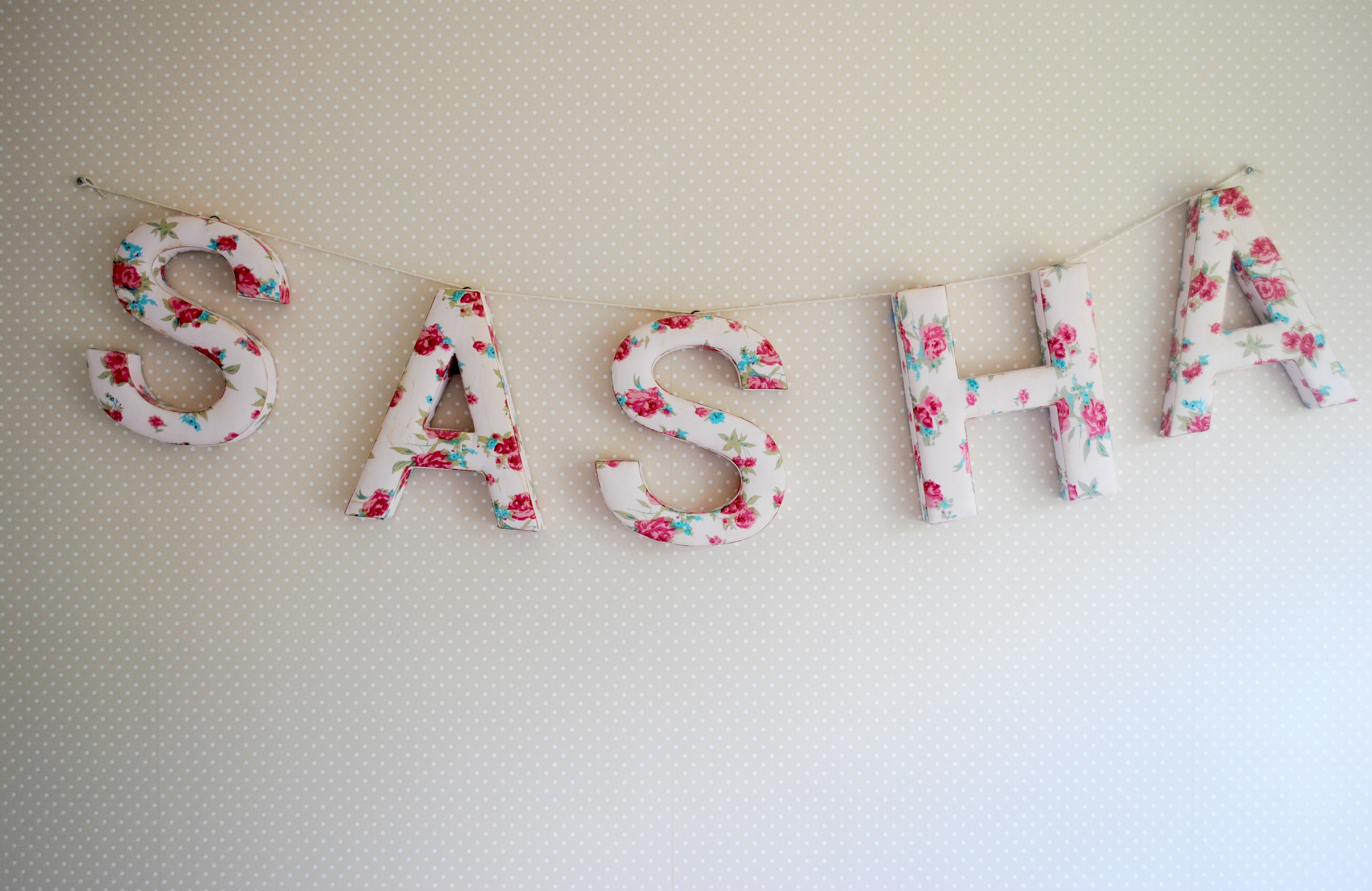 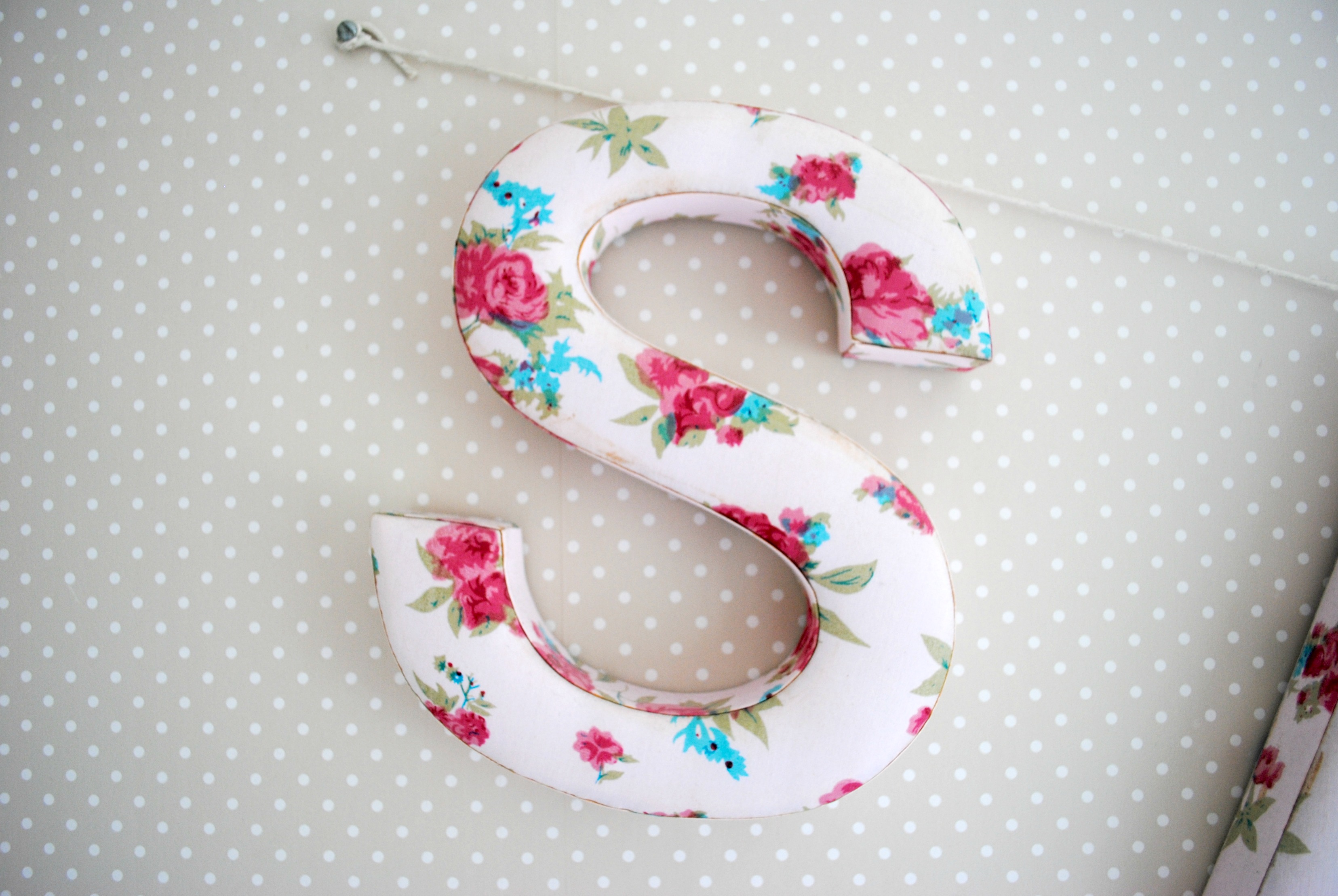 ^^^Above Sasha’s cot are some fabric letters, similar to the ones F has in his room. These are also from ‘Not on the High Street’ and are by a company called ‘BabyFace’. 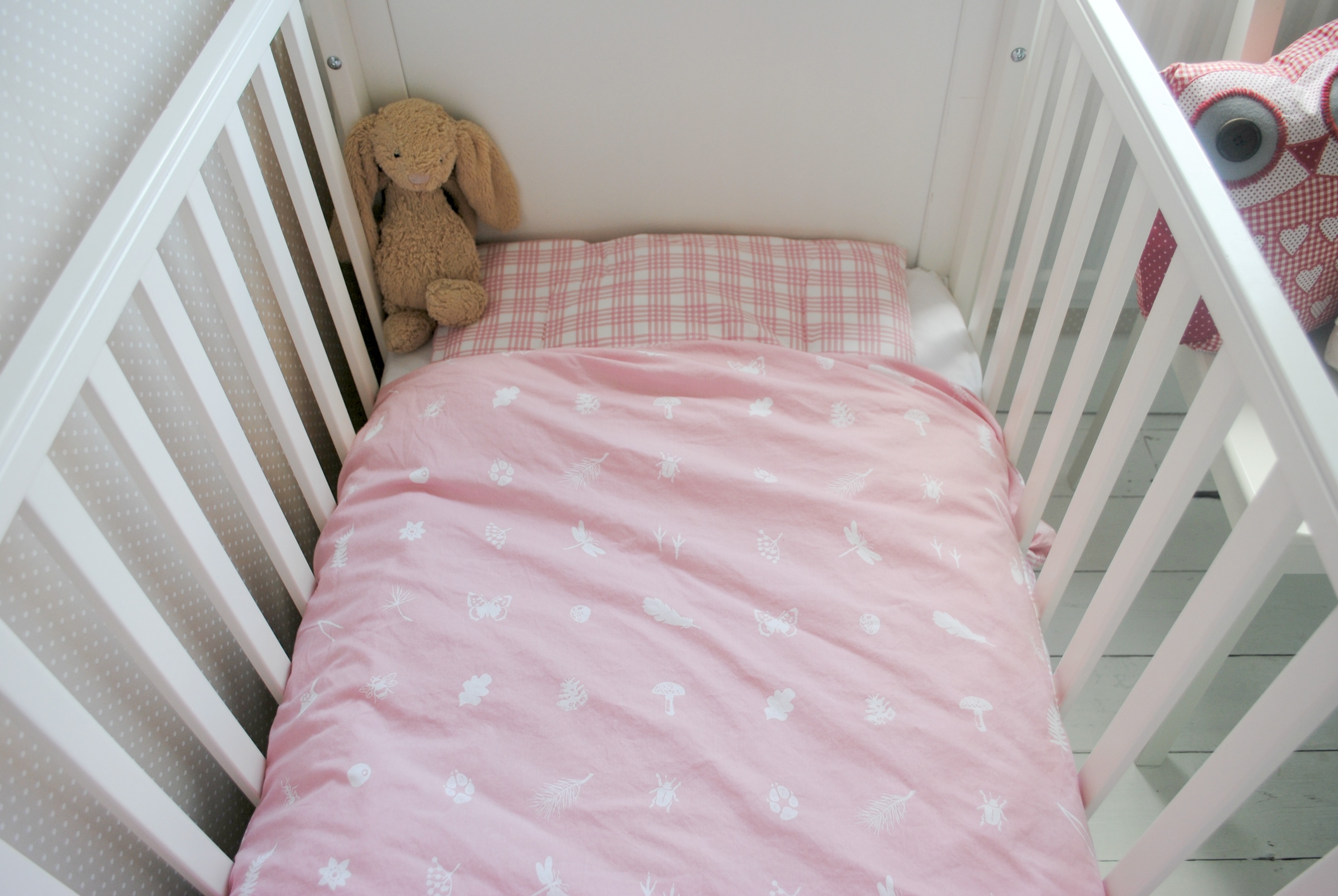 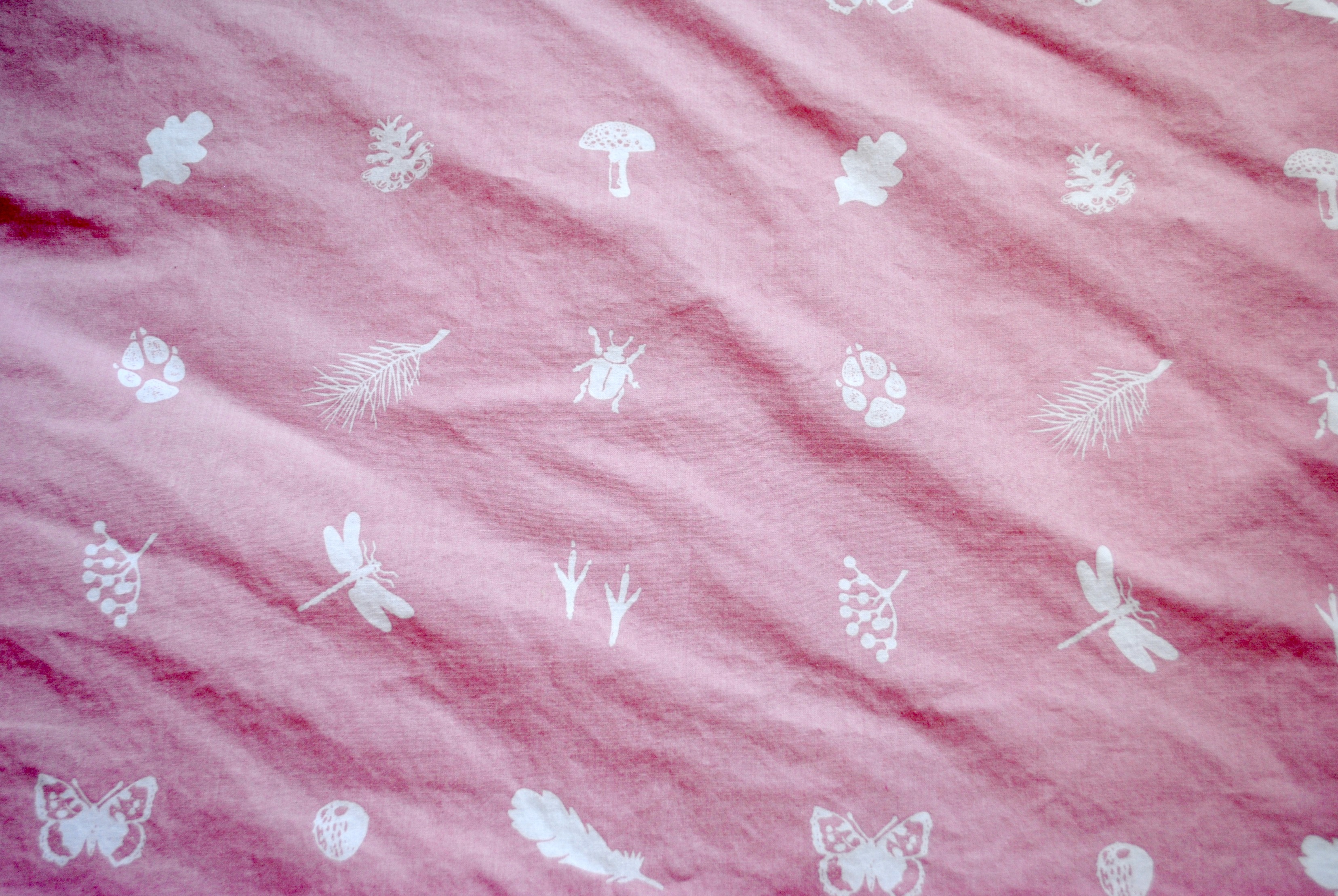 ^^^Sasha is still in a cot at the moment, although we are planning to get her a toddler bed this month. I am a lot more nervous about putting her in a bed than I was with Freddie, as I have a feeling that if she doesn’t want to stay put, she will be out of it like a shot! Freddie was very good at the transition, and was in his bed by the age Sasha is now, but I have a feeling this little madam might be a whole different kettle of fish and I’m reluctant to unleash the mini-beast just yet! The bedding is from Ikea, and I love the fact that it’s girly, yet the woodland print is a bit different from other usual themes aimed at little girls. The bedding and duvet will also work with any bed we do buy, which is great as will save us a bit of money. I think we’re going to buy THIS bed, also from Ikea. 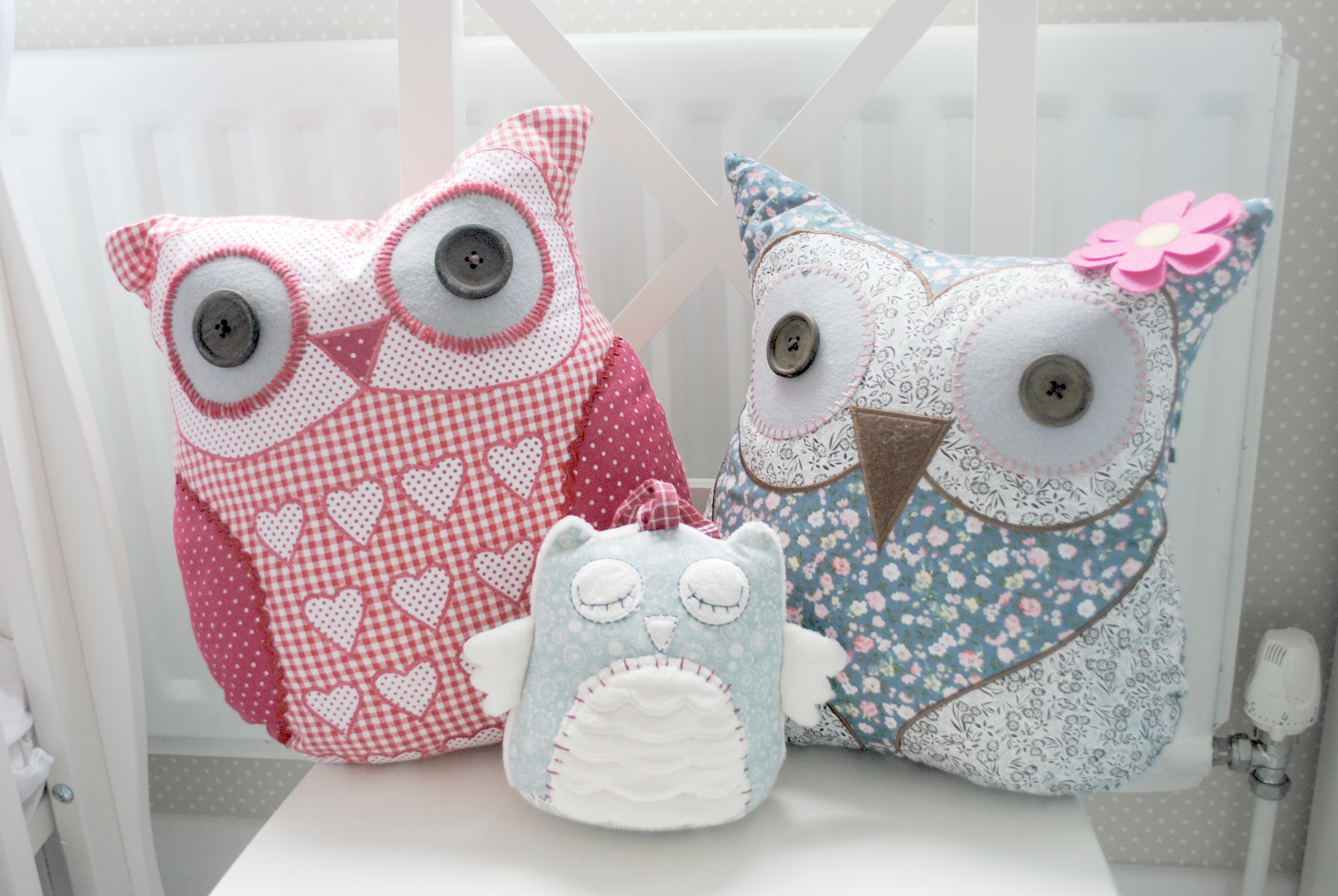 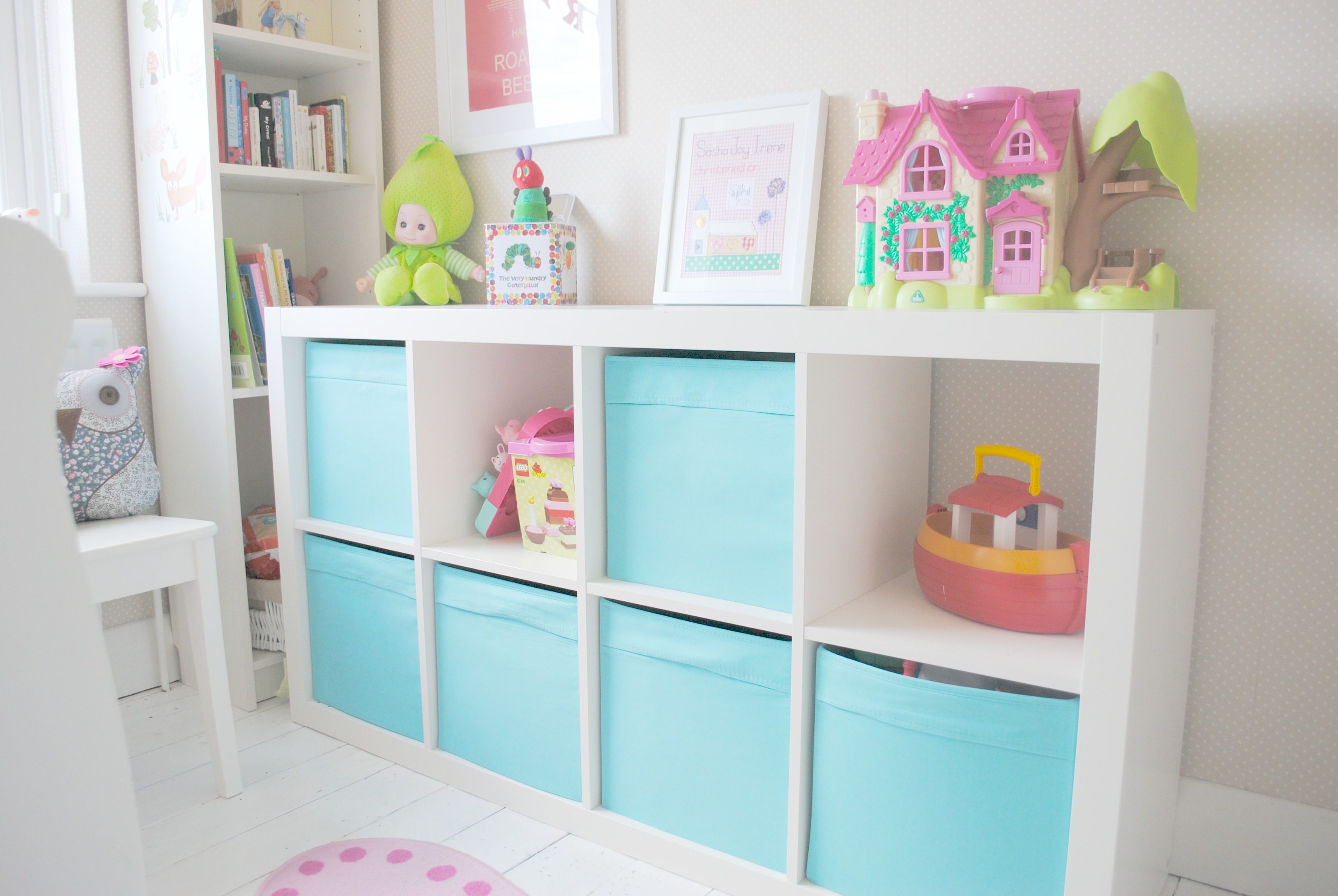 ^^^We bought some Ikea Expedit storage to house some of Sasha’s toys, and it’s also worked as changing table previously too. The boxes are easily accessible for her, and house her zoo, musical instruments, Duplo, MegaBloks and Ark among other things. 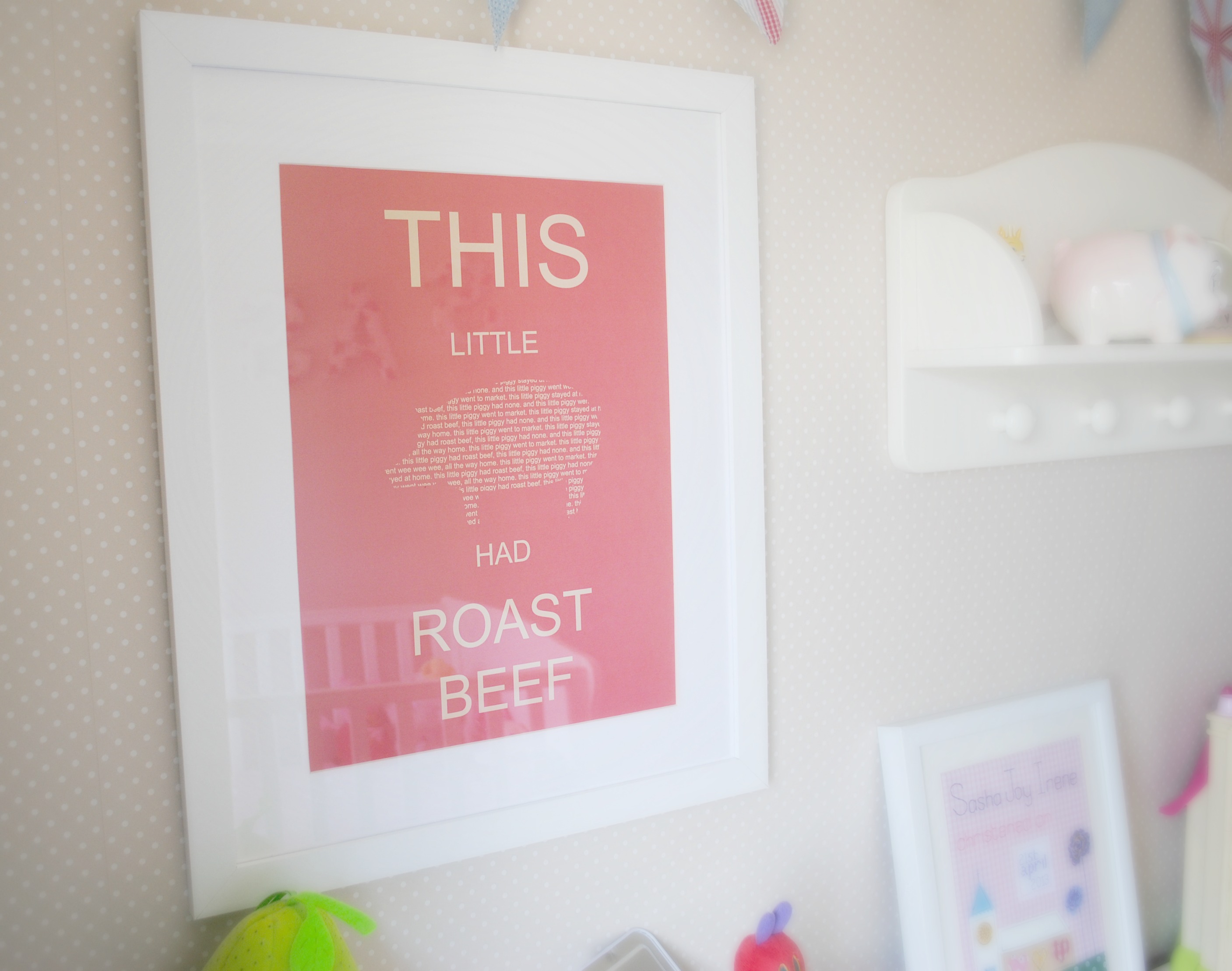 ^^^Above the storage unit are some lovely pictures and accessories. I LOVE this ‘This Little Piggy Had Roast Beef’ print by Tinker Tailor. I met the owner/designer, Lydia, at a wedding, and she kindly sent me one of her fabulous, nursery rhyme-inspired prints. She’s a lawyer by day and an amazing designer on the side- one seriously talented woman! 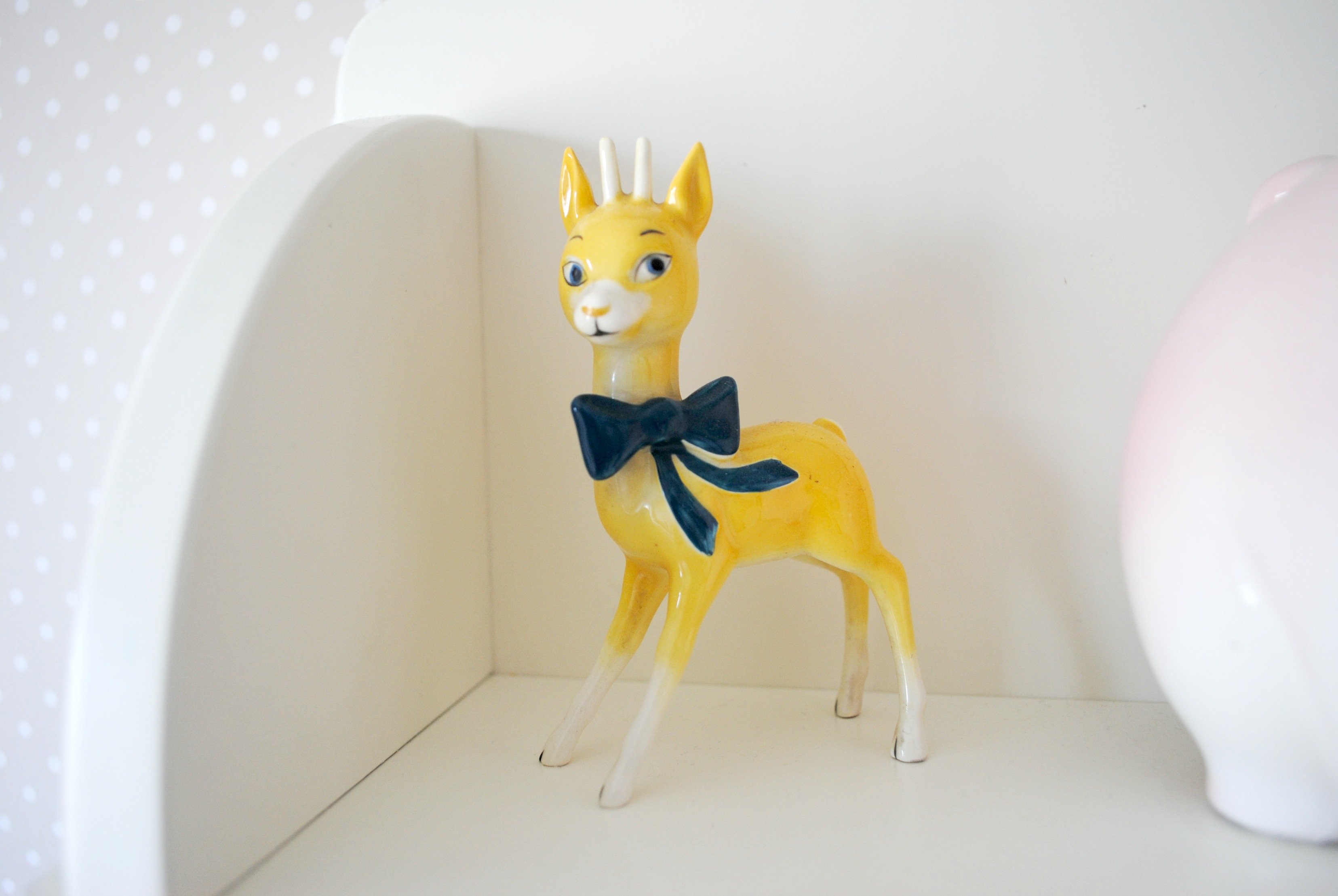 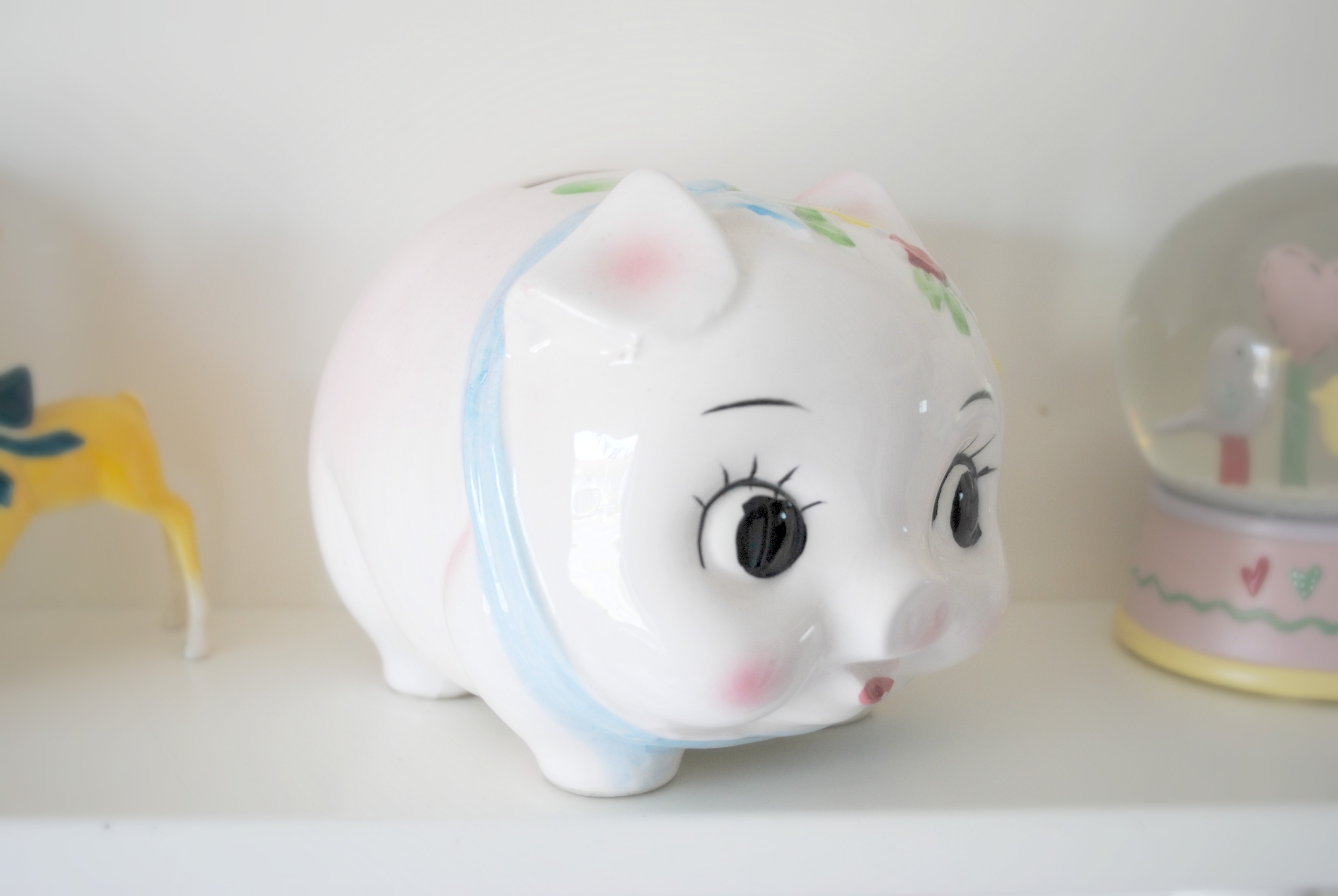 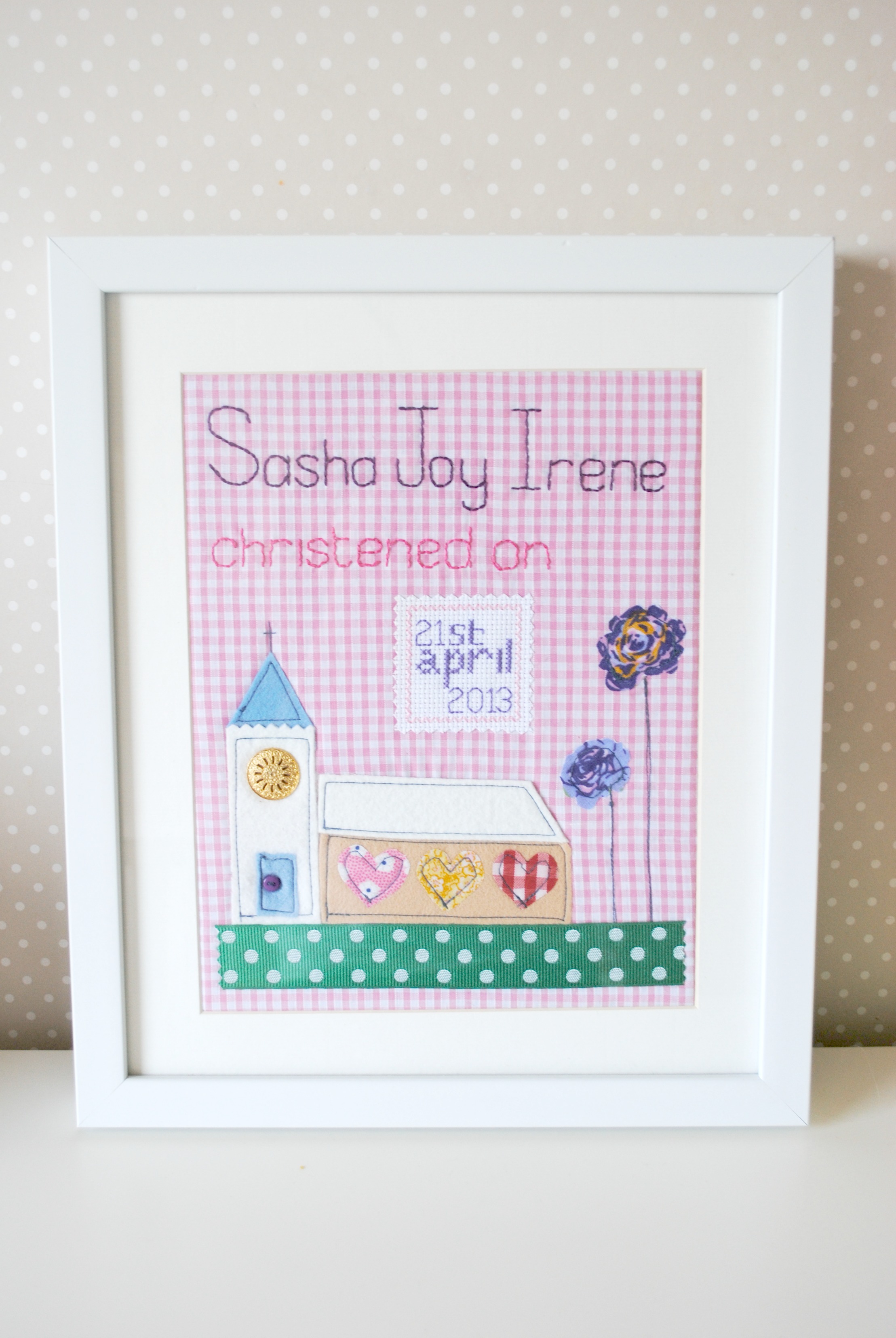 ^^^I bought the Babycham deer for £3 at a house-clearance warehouse whilst looking for stock for my business. They normally sell for a lot more on Ebay, and I’d wanted one for ages, so I was really chuffed to get it for that price! The cute-as vintage piggy bank and gorgeous personalised Christening picture were presents from my brother-in-law and his girlfriend- Marium, you have excellent taste! 😉 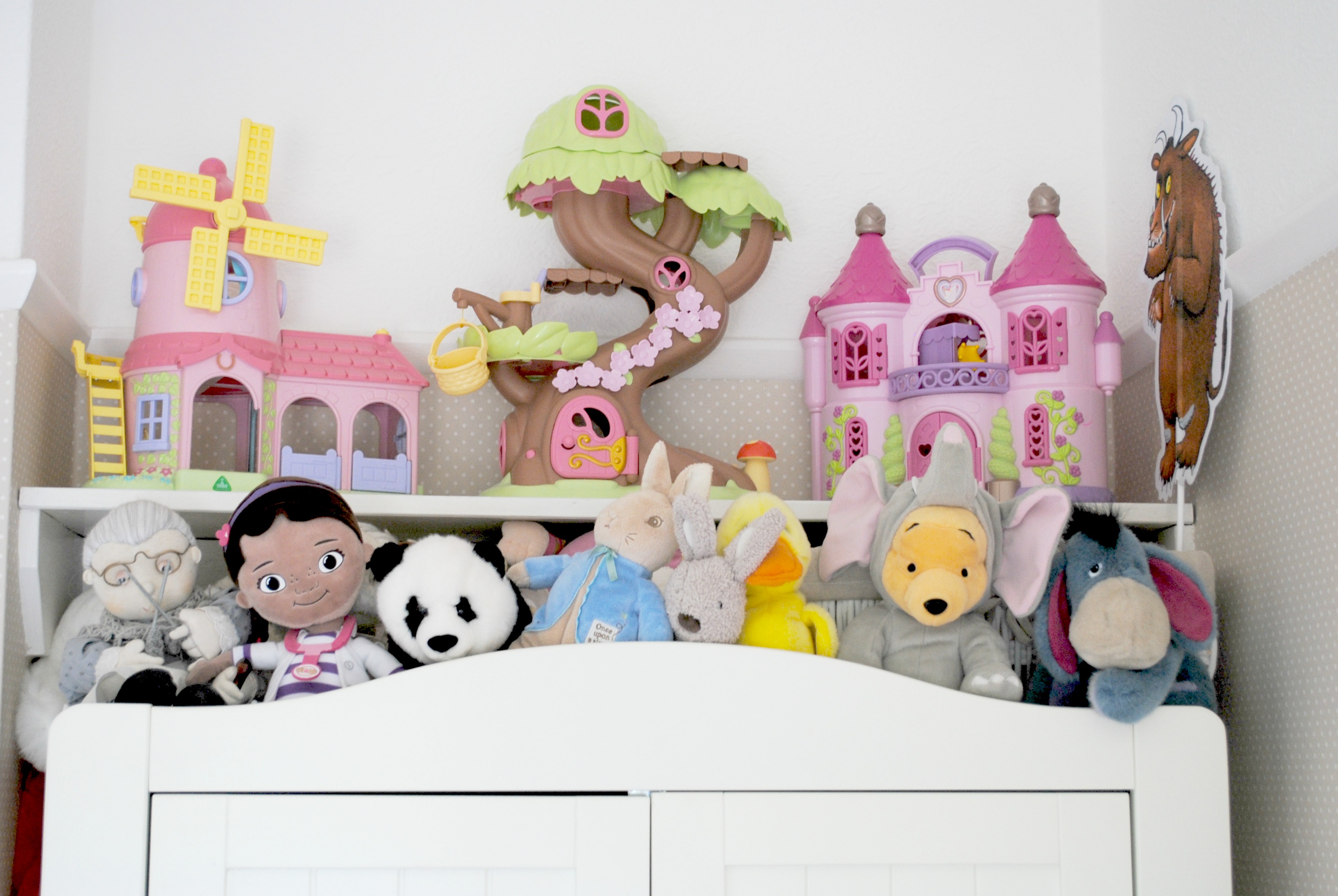 ^^^Sasha’s wardrobe is in an alcove next to the bedroom door and facing the window. The top of it is used as storage for what feels like a million cuddly toys, plus her bigger HappyLand sets. 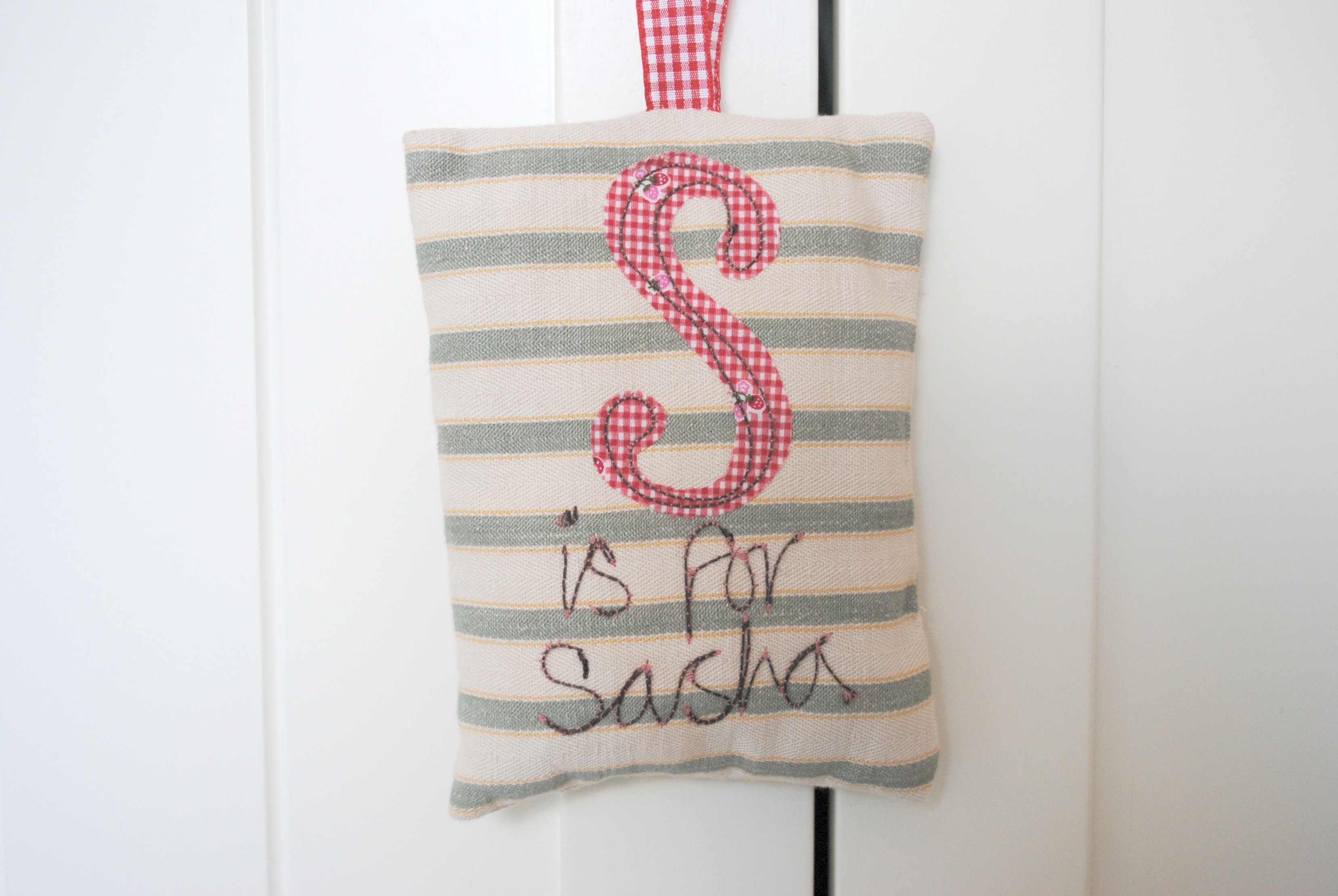 ^^^Like Freddie, she too has one of these personalised hanging decorations on her wardrobe door from Housley & Co, also from ‘Not on the High Street’. I really can’t get enough of that shop, I’m such a sucker! 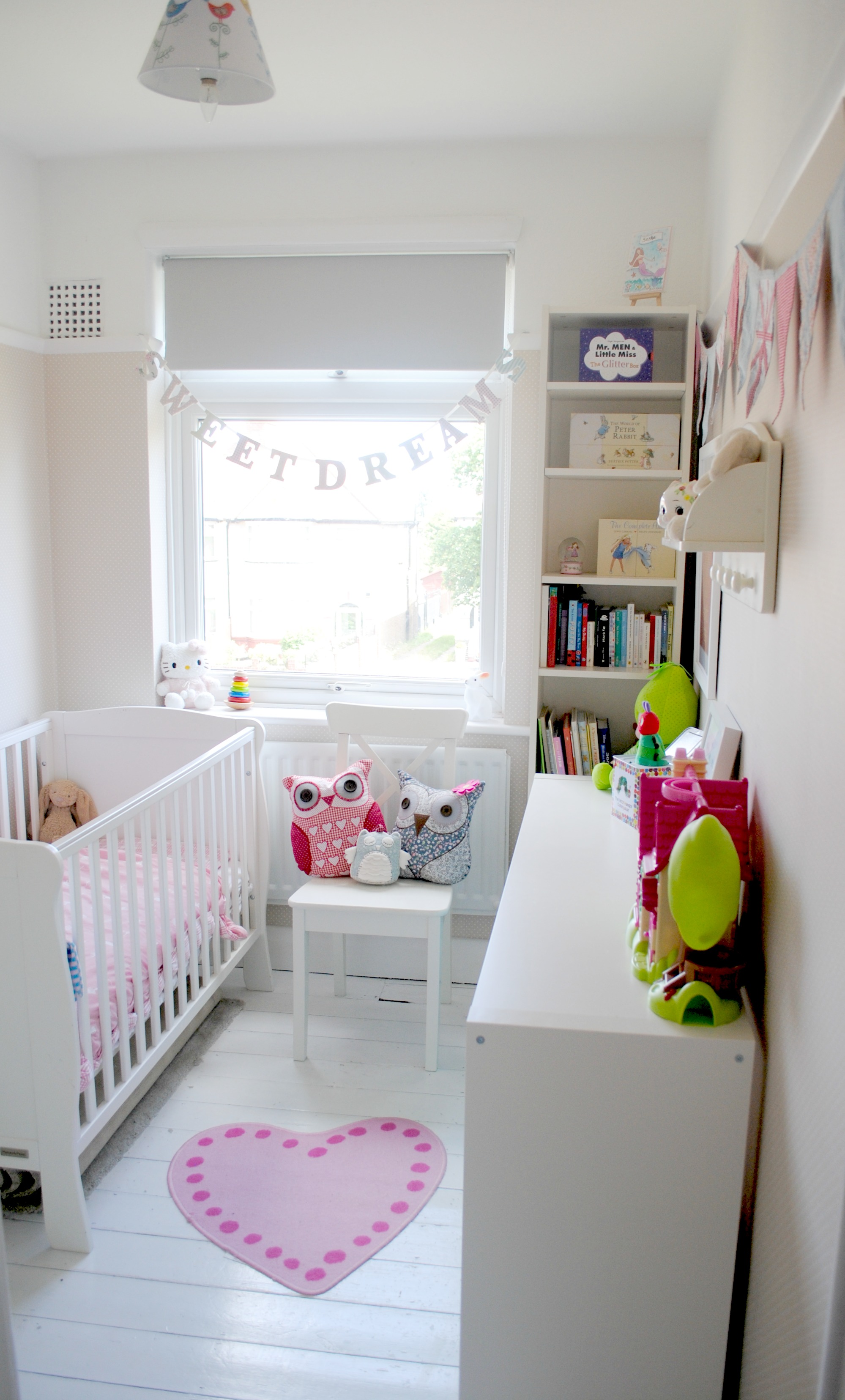 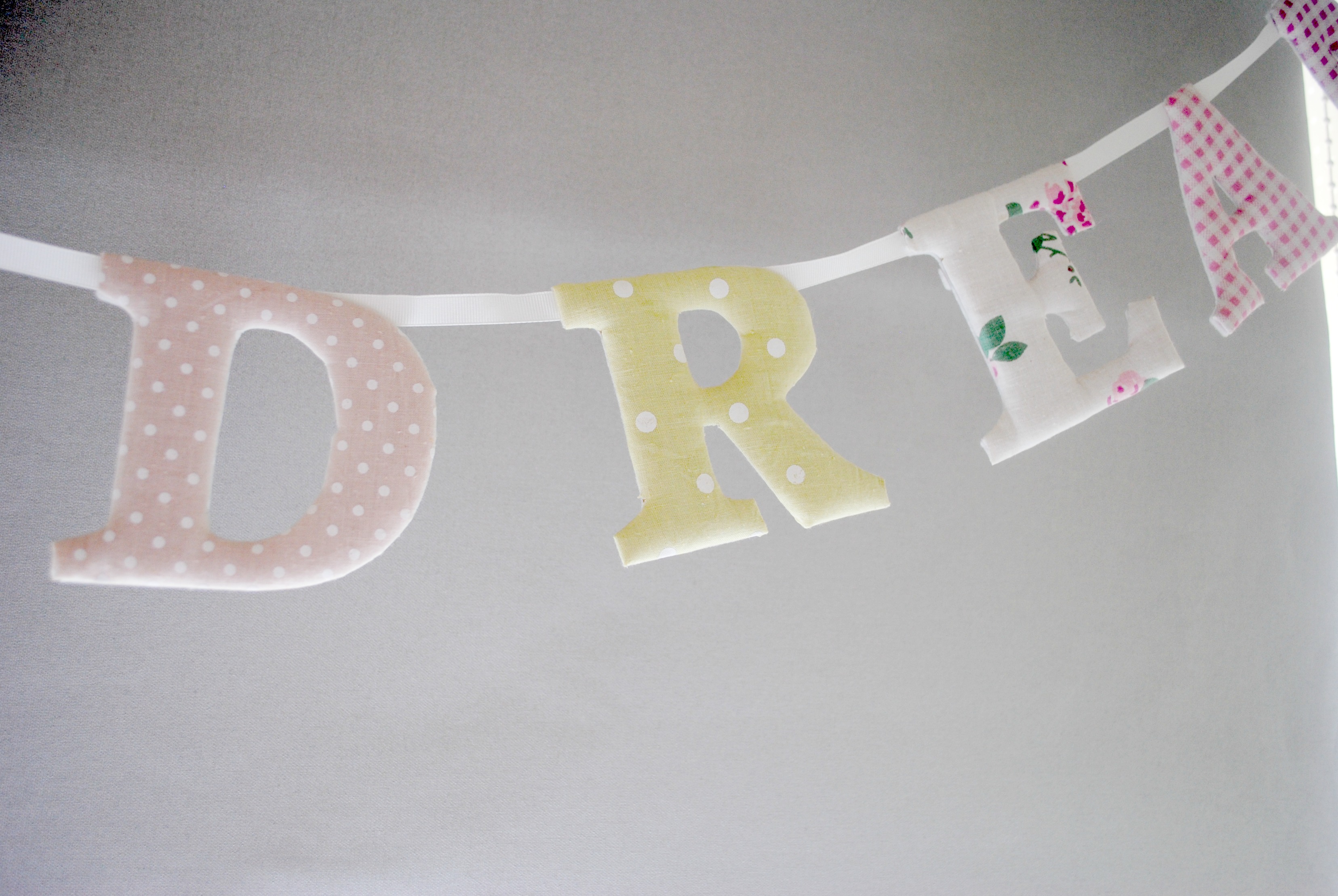 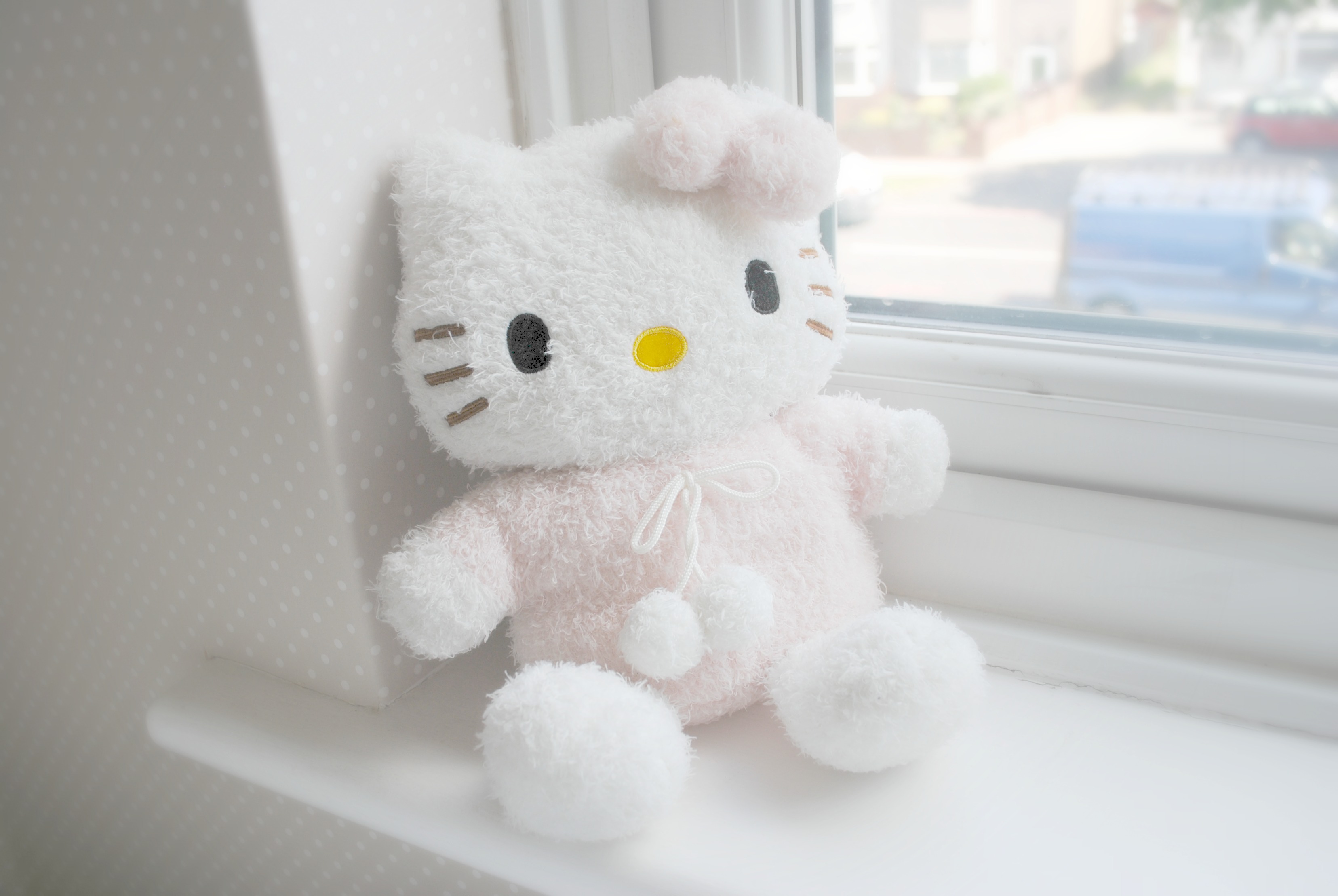 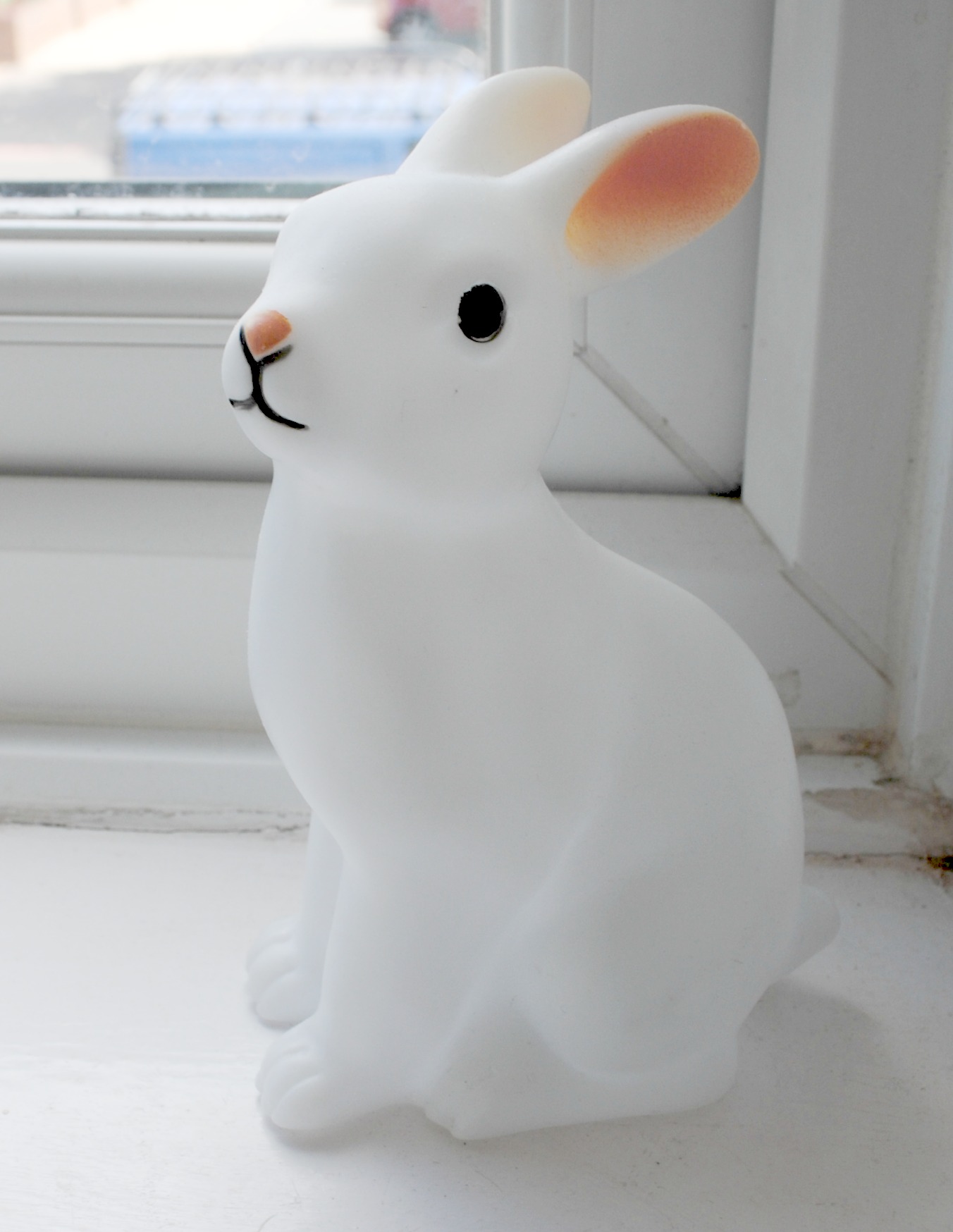 ^^^This bedroom is north-facing, which means it gets all the glorious morning light. Lovely in many respects, but means that this is a room that DEFINITELY needs black-out blinds to stop ungodly 4am wake ups in the summer! Like F’s room we chose simple silver blinds that don’t dominate the room. The window is accessorised with a pretty ‘Sweet Dreams’ fabric banner (a present from friends of ours down in Dorset), a Hello Kitty soft toy, and a bunny night light, which was a bargain £4.95 from ‘Handpicked’! 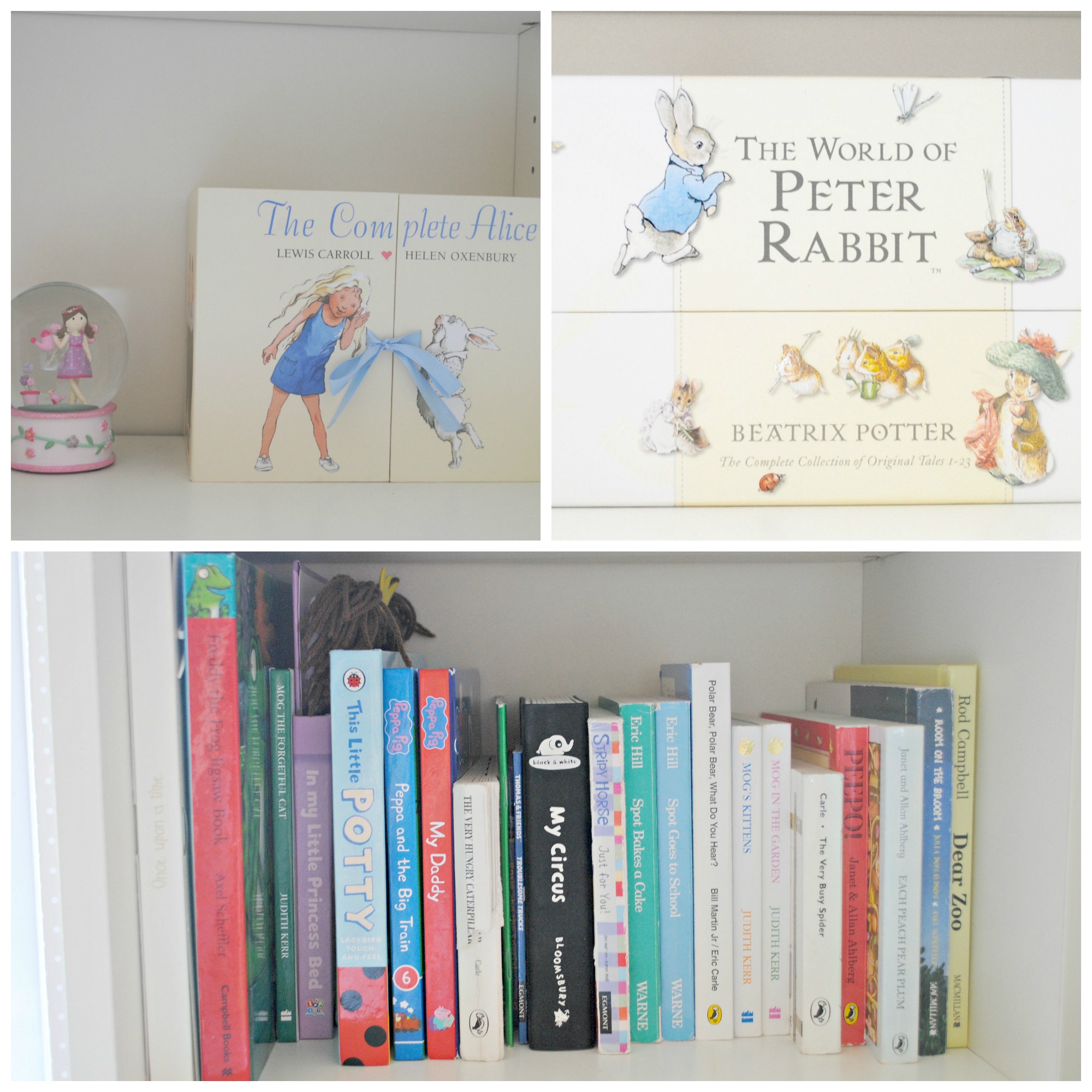 ^^^On the tall, skinny bookshelf are a selection of her favourite books, plus a few classics- Alice in Wonderland and Beatrix Potter anyone?! 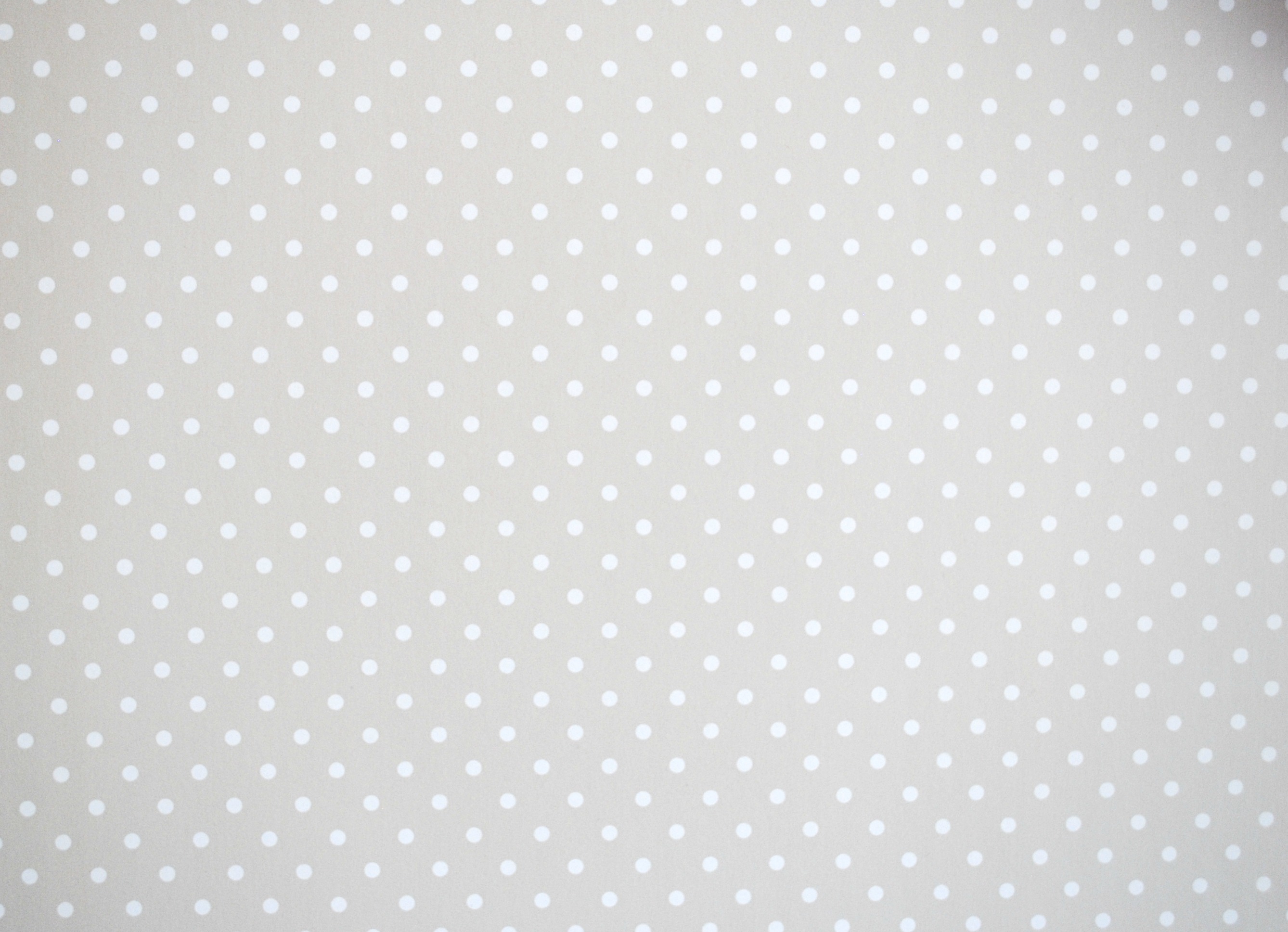 ^^^The wallpaper was a from an Ebay store and was about £6 a roll, which was a bargain, although annoyingly I can’t find the store, or any of the details. 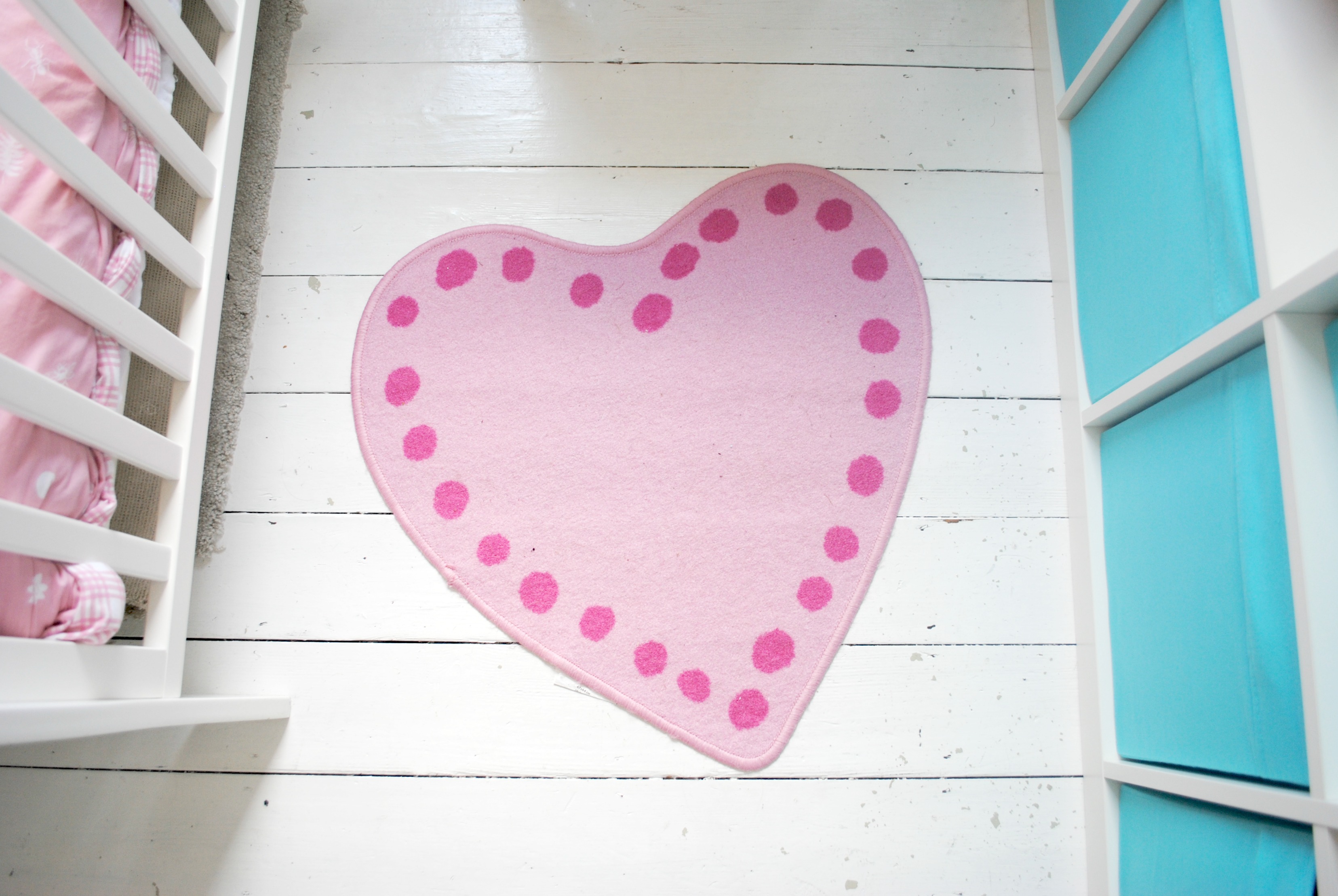 ^^^When we moved in there was no carpet in this room, and the boards were already sanded down, so we decided to paint the boards white like in Freddie’s bedroom. Again, we might not keep them like this forever, and will possibly add carpet, mainly due to practicality, but for now I’m enjoying how they look! 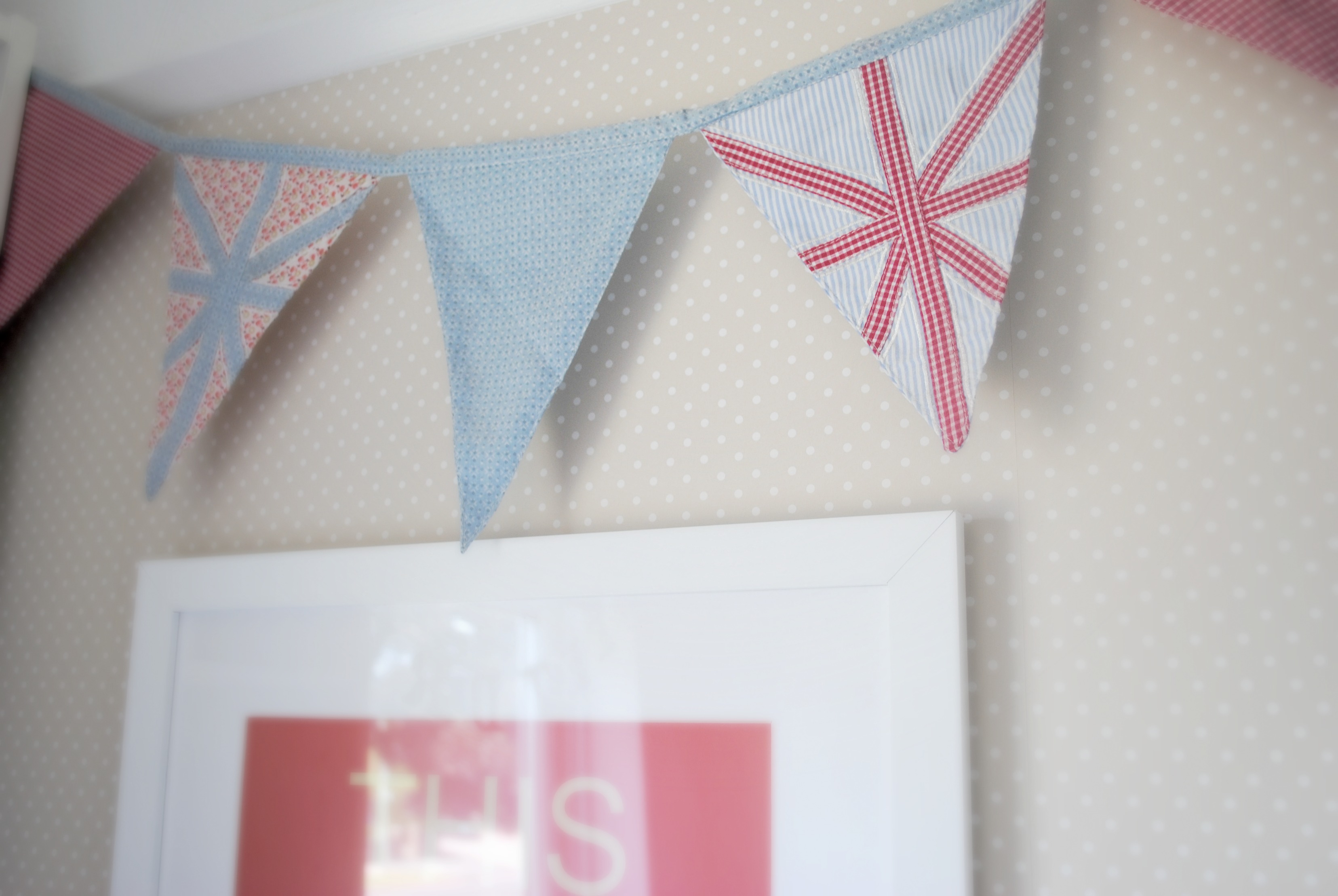 ^^^Lastly the bunting was from Freddie’s nursery in our old flat, so we decided to recycle it and use it in Sasha’s room. Again, I can’t remember where it was from exactly, but I have a feeling it might be M&S? 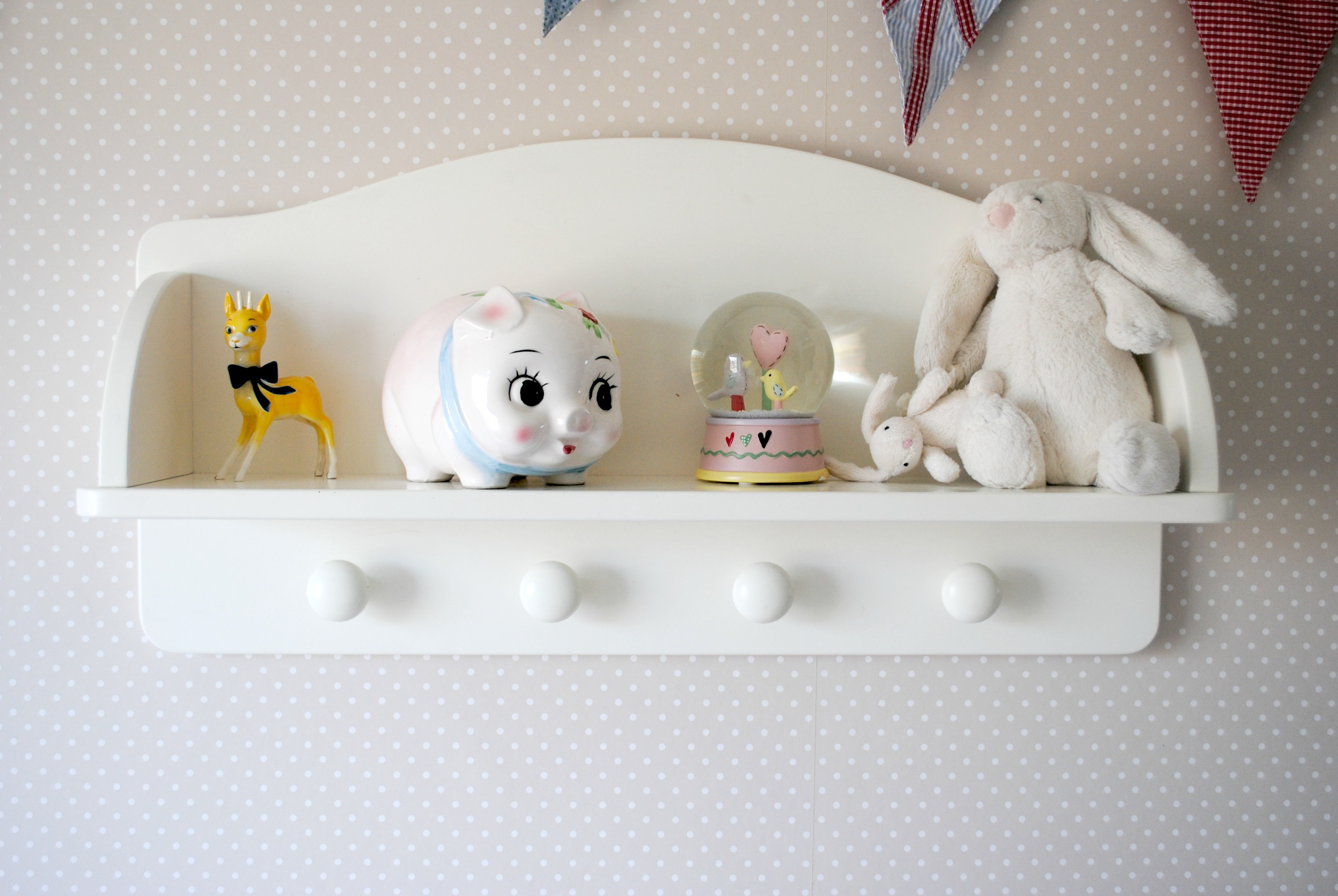 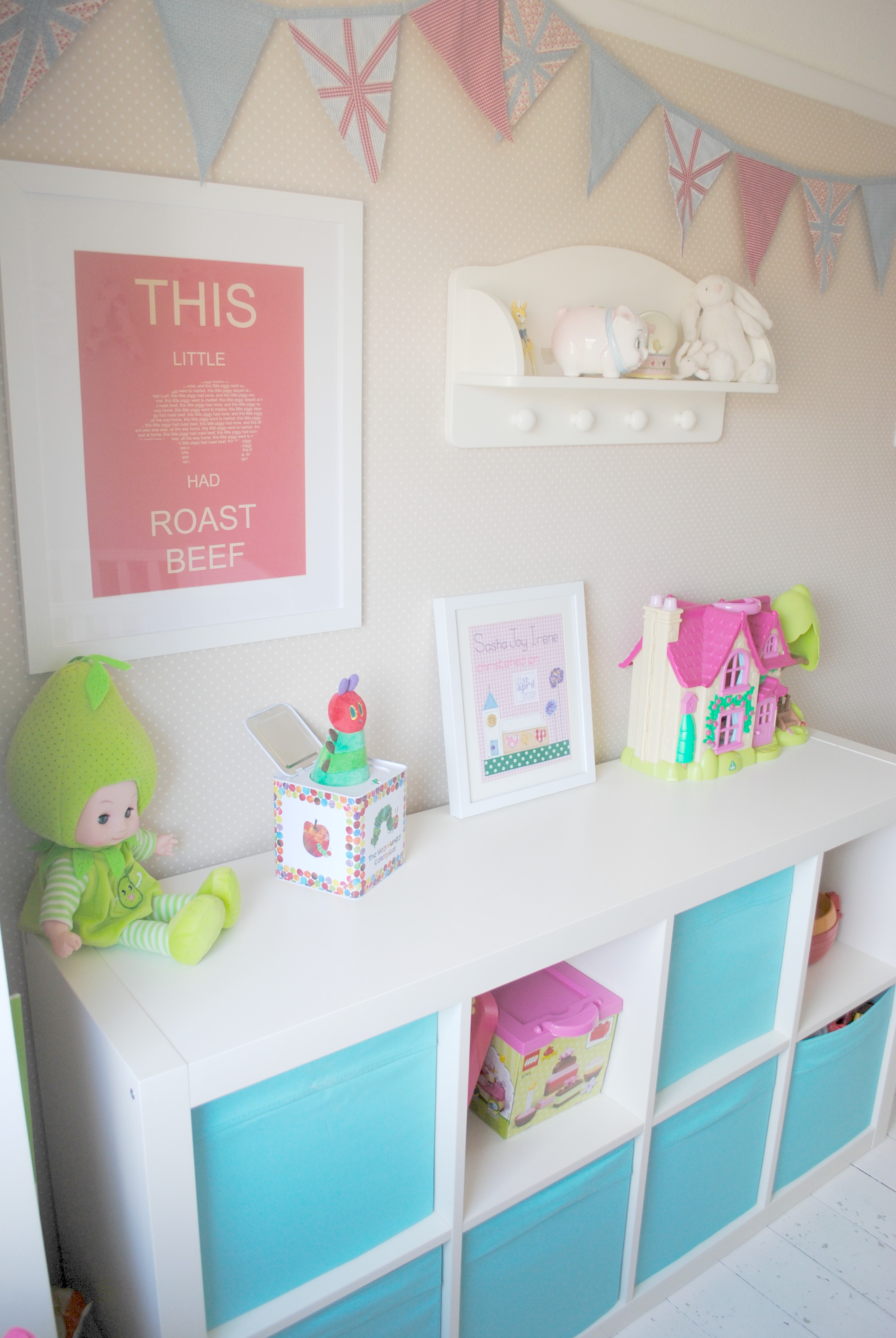 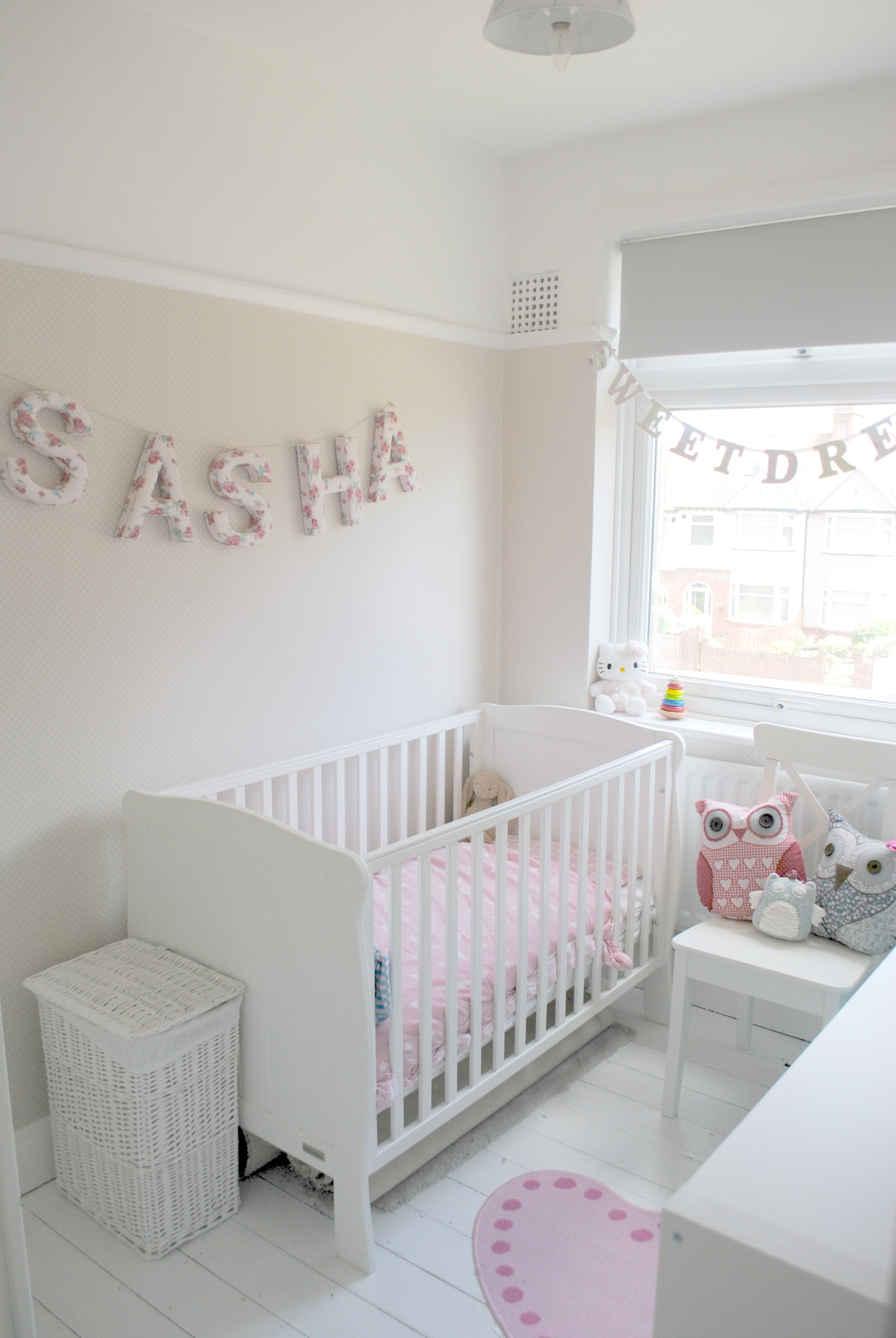 So there you go, a little space for our little lady! What do think? Do you have a space in your home you want to share?