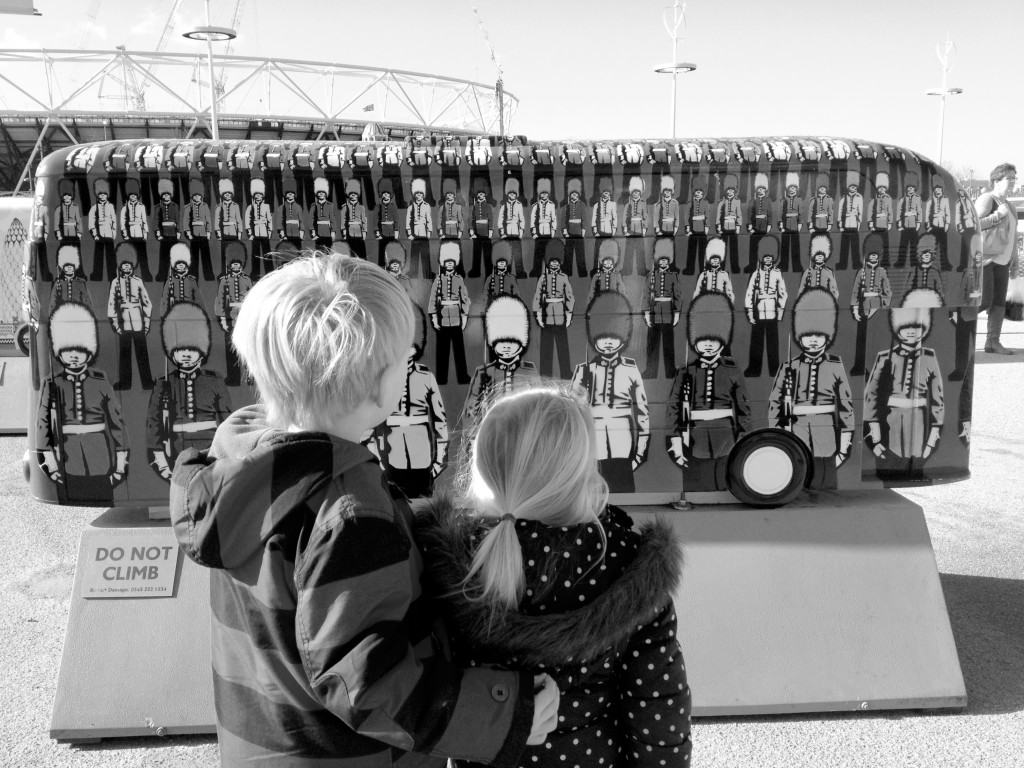 I’ve been in two minds about writing this, but weighing it up I thought it would be interesting to get opinions of others. After all, we’re all in this parenting lark together, right?

Last Thursday I was dropping F off at preschool, when one of his teachers wanted a quick word in private. My heart pounded as I followed her into ‘the quiet room’, wondering what was wrong. Turns out, what his teacher said next surprised me, and got me thinking about a contentious subject when it comes to parenting.

A few days previously, F was apparently minding his own business in the playground, when, unprovoked, a new little boy went up to him and punched him in the face.  Freddie’s teacher ran over to defend him and tell the boy off, but before she could, F had instinctively hit him back, twice as hard, leaving the original tiny perpetrator in tears and with a fat lip. Apparently they had been keeping an eye on said boy, as despite being small, he had been pushing and punching other children since he arrived, so had form for doing this. Freddie’s teacher said that whilst they certainly don’t condone violence, she didn’t tell Freddie off, it was the other little boy who was chastised, with then general words to the pair of them to be kind to one another. She said that from an experienced teacher’s, and a parent’s point of view, she didn’t think it was always a bad thing that a child learns what might well happen if they decide to go up to another child and whack them in the head. She wanted to tell me a. what happened ( as any good preschool/nursery would) and b. Let me know that my boy had a bit of ‘fight’ and ‘spirit’ in him, which she was surprised about as much as I was.

Bear with me if that sounds a bit of a weird thing for a teacher to say to a parent, to justify any sort of hitting, and before you think my boy is a wee thug. You see, I know, and Freddie’s teachers know, that usually F is a kind and sensitive little boy. That’s not me being deluded as a parent, and protecting my ‘precious little snowflake’, it’s just a fact. (S, on the other hand, can be a feisty little madam and a situation like this involving her might not surprise me as much!). Don’t get me wrong, Freddie can scrap and argue with his sister, but when it comes to confrontation with other children, he’s always been the one that backs off. The one that gives up the toy when another child grabs it, the child who isn’t in to ‘rough housing’ with the boisterous boys, or the one into ‘fighting’ games, Power Rangers, Ninja Turtles or Super Heroes (yet!). And weirdly this had made me a little worried about when he starts school in September. Despite being a big chap (95th centile for height) and having many friends as preschool, I have had concerns that due to his softer nature that he might be an easy target for more ‘physical’ boys at ‘big school’.

Anyway, when his teacher told me what had happened I was quite shocked, but I also surprisingly felt slightly pleased, and then really guilty for feeling slightly pleased, that my son had hit this boy back. It goes against everything in my parenting nature to want to ever give the go ahead for my child to be violent towards another, yet I actually felt reassured (and that’s what his teacher wanted me to know), that if ever F has any problems at school he quite possibly wouldn’t just sit back and be pushed around, despite his outwardly passive nature.

All sensible advice and common sense tells us to tell our children, if they were ever physically attacked, to go and tell a teacher. Which is what I would still tell either of my children if a situation like this ever arose again. However, I’ve read enough chat threads on Mumsnet and the like, to know that in these situations, some bullying has only ever stopped once a child has actually stood up to an aggressive child and given them a taste of their own medicine.

Which leaves me asking the question: Is it ever okay for your child to hit back?

My personal view is that at primary school level, teachers should be supervising and able to sort any bullying issues out, without a child ever having to retaliate with violence. Being honest though, if it was persistent, if I felt my child was being seriously affected by being punched/pushed/targeted, it MIGHT get to the point where I would tell him or her to give it their best shot back. The thing is, giving your child the message that using their fists is okay, is one fraught with difficulty and potential danger the older they get. Watching the news and seeing all the knife crime stories involving teenagers makes me feel sick. As adults, I would always tell them to walk away if conflict occurs in a pub, club, or whenever alcohol if involved- the risks of fighting back are just too high when judgement is impaired.

It’s such a tricky subject, one of many parenting minefields that I’m sure we’ll navigate as the years go on.

So all this brings me back to my boy. The usually gentle giant who apparently has a mean right hook.

I haven’t actually talked to him in depth about what happened, as preschoolers tend to have very short-term memory. When I asked him if he’d been hit, he looked a little confused, then said, in a typically just-turned-4 way “Oh yes, X wasn’t very nice to me in the playground” and that was it. I kissed his head, and said that if it happened again he should walk away and tell a grown up. Inside though, I had mentally relaxed about his ability to stand up for himself, and whilst not necessarily a desirable trait, he has shown he has a bit of fire in his belly.

But isn’t this an awful trait to be glad about? Am I a terrible parent for feeling this way?

What would you do?