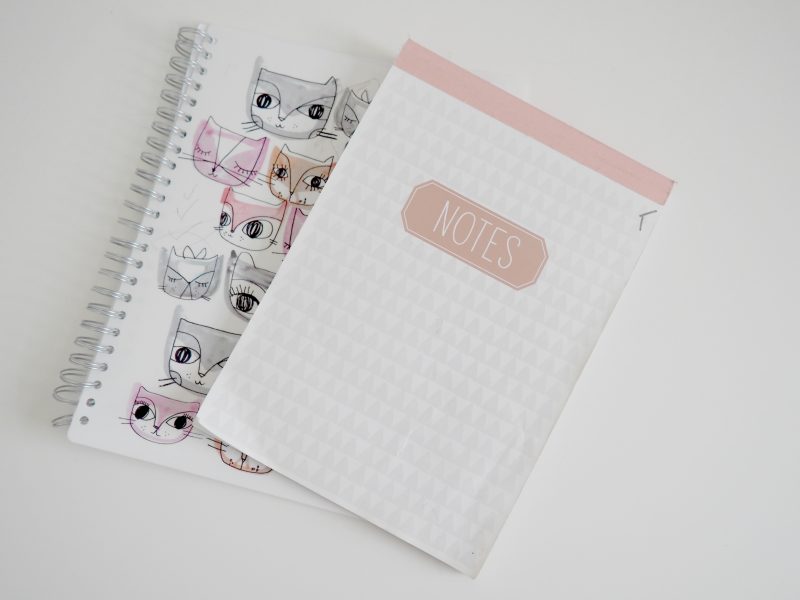 The past few weeks have been funny ones to be honest and I’ve been veering between feeling incredibly motivated and just ‘bleeeurgh’. Now the kids are back at school I’ve got a bit more free time to get stuff done during the day when Arlo naps (sanding shelves anyone? I officially want Father Christmas to leave an electric sander in my stocking #livingthedream) BUT life is more hectic after school, what with their clubs and then getting everyone fed and to bed- come 8pm I’m often exhausted and it’s been harder to fit work in, which is ironic when I’m busier than ever. I was also got knocked down with the lurgy two Thursdays ago, and it’s funny how even one day wiped out in bed can seem to set you back ages work and laundry-wise (yes, the baby seems to have tipped the laundry pile over the edge!).

So if I’m feeling like this, why make goals I hear you ask? Don’t they stress me out? Actually no, because I still like to have a few projects and things to tick off my list as mentally this makes me feel better and like I’m achieving something, even if a lot of the time it feels like I’m paddling and not going very far! Sometimes though it’s quite nice to have a few days breather and not do much at all. When I’ve had time like this, I then feel much more ‘raring to go’ afterwards.

In our living room we have two alcoves- one that houses the TV and its stand, and the other that has housed our ill-fitting book shelf for the past year. A friend took the bookshelf last night for her place, and in its place I’m going to put 6 scaffold board shelves, and above the TV another 3, all to house our big book collection and a few other trinkets. I went to a local hardware store the other week and got them to cut some scaffold boards to size, and I’ve now sanded them within an inch of their lives so they’re now looking quite good. I’m still undecided though whether to treat them with anything or not- I will have more of a think about this. Tonight I will buy the scaffold board brackets online, and when they’re here get Adam to put them up. The living room is in chaos right now as piles of books and DVDs are everywhere, so I want this job done ASAP,  but if I can finish it by the end of October, I’ll be a very happy lady!

Have the Downstairs Loo painted

We’ve just had our hallway, stairs and landing done by a friend for a very reasonable amount in only 3 days. Considering it took me a week just to start taping up for painting (we were going to do it ourselves), I’m glad this is one DIY job that we’ve actually just thrown money at, and my god, it was worth it! The same guy said he will paint our downstairs loo next month, and if I can get the floor sorted and prints/plants up in time for Christmas it will be great.

Get back to blogging basics

Lately I’ve been so busy with offers of blog work, which is a fantastic position to be in, but now my time is more limited I’d lost my mojo when it comes to writing organic posts and photographing for pure enjoyment. I want to make sure I write at least two a week that are like this. I’ve probably said this before, but it would be so nice to go back to the excitement of writing my blog on an evening, and reading and connecting with others, just as I did when I had two toddlers 4-5 years ago. I love this post, written by Jess, on why she’s getting back to blogging in a sea of influencers and other methods of influencing, and it really resonated with me.

Scheduling in down time as a couple

It’s so easy to become lazy when it comes to being a couple, and obviously we have the ultimate excuse of a young baby! BUT our young baby now goes down to bed when the other two do (or earlier), and takes a bottle, so in theory there is no reason why we shouldn’t have a date night once a fortnight or whatever. Or even just a night in with ‘treat food’, wine and a good film (or Ozark- seriously obsessed!)

Finish the first half of the garden

I may have explained on the blog before, but our garden is tiered (although very long at over 120ft), and it needs some serious work on it before it can be classed as child-friendly. Sooooo….we’ve finally been able to book in the builders to get working on it, hurrah! We’re having the top two tiers levelled out as much as possible, sleepers surrounding it and used to create steps leading up to these levels, where we’re going to have the trampoline and playhouse, and hopefully by spring, a giant climbing frame/playground. I think I’ll be more excited than the kids when it’s finished! It will be great to tick this off the list, as it’s a big job.

Something I’m always aiming to do, although this sounds a little vague, is to remember to slow down – to be honest it’s a constant goal and reminder to myself! For example, I can feel myself getting stressed if we’re rushing to get going on the school run, even though we’re not late, and it means we all leave the house flustered and unhappy. This morning we had lots to get ready, but instead of getting snappy I just calmly got on with everything, and thought ‘to hell’ with the time we arrived at school- it was almost an experiment to see what time we would actually get there without me losing the plot. As it happens we were 10 minutes later than our normal time of arriving, but certainly not late, and everyone was much more happy and relaxed- I MUST do this more, be more zen!

Do you have any goals for the next couple of months?