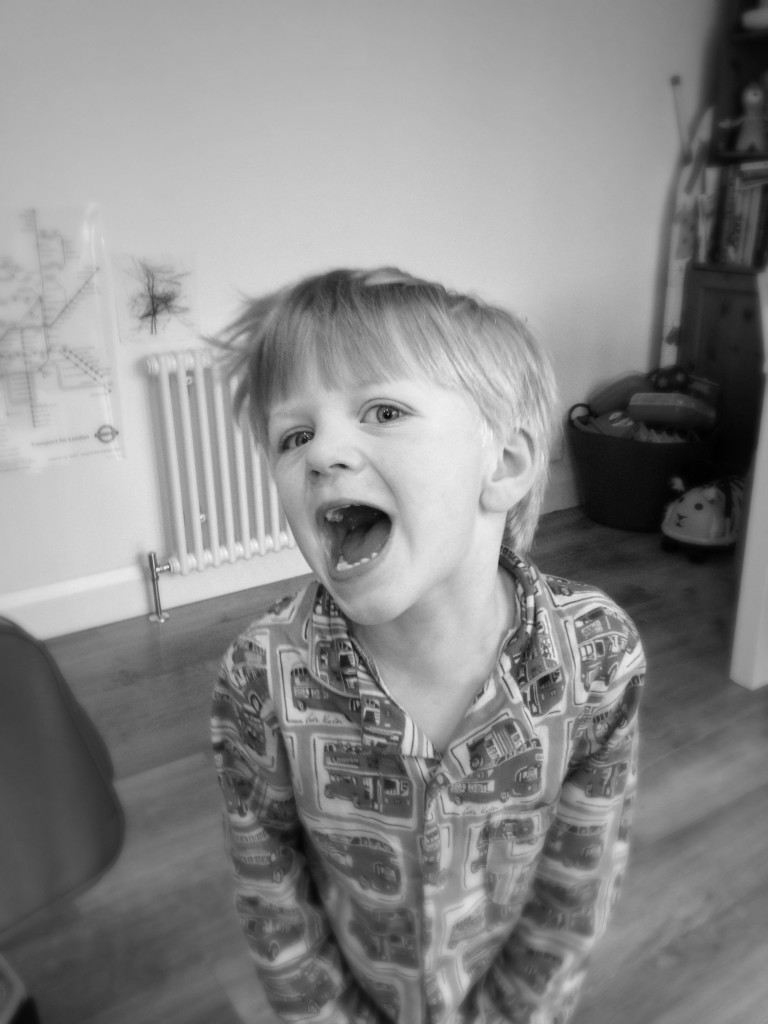 Our fabulous little chap turned 4 at the beginning of February, and, as usual, time seems to fly since the last time I did a ‘Freddie at X’ post! What I love about these posts is the noticable changes in my children since the last one- it really is a lovely little diary to keep. I hope to print these off for them when they’re older, and make them into a little book.

F is coming on in leaps and bounds in so many aspects of his little life, and I think the difference that a few months can make is really noticeable at this age. Since last time, he can now get himself completely dressed alone (hurrah, at last!), albeit with some encouragement, can write his name confidently, and just has an air now of a child about to start school- all confidence, questions and boundary testing.

Here is our Freddie at 4 years, 1 month:

Teaming up with Katie and ‘The Ordinary Moments’