In my last post I mentioned that our family had been lucky enough to become part of the Chad Valley Play Panel, and therefore Freddie and Sasha have been given the chance to try out some of the wonderful toys that Chad Valley has to offer through Argos.

We were sent a large radio controlled excavator for Freddie (although Sasha has thoroughly enjoyed playing with it too!), and I was keen to see how our vehicle-mad 5 year old would find it. 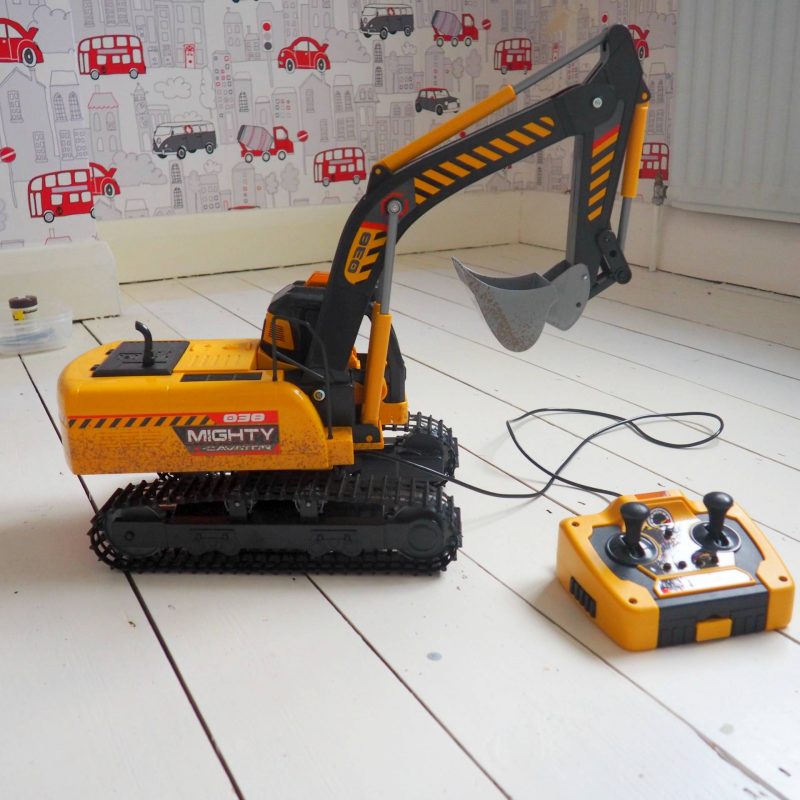 Before F got hold of his excavator I decided to unbox it and give it a spin myself, as I wanted to make sure that it really was easy to use and maneuver- I’m sometimes wary of remote control toys for young children as they’re not always child-user-friendly, but thankfully on this occasion my worries were unfounded! 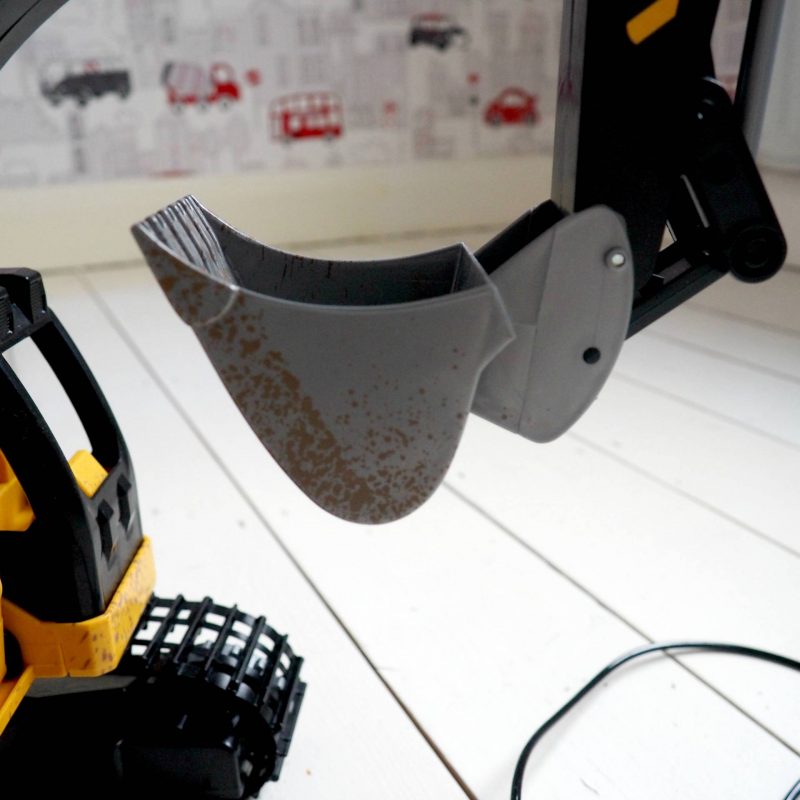 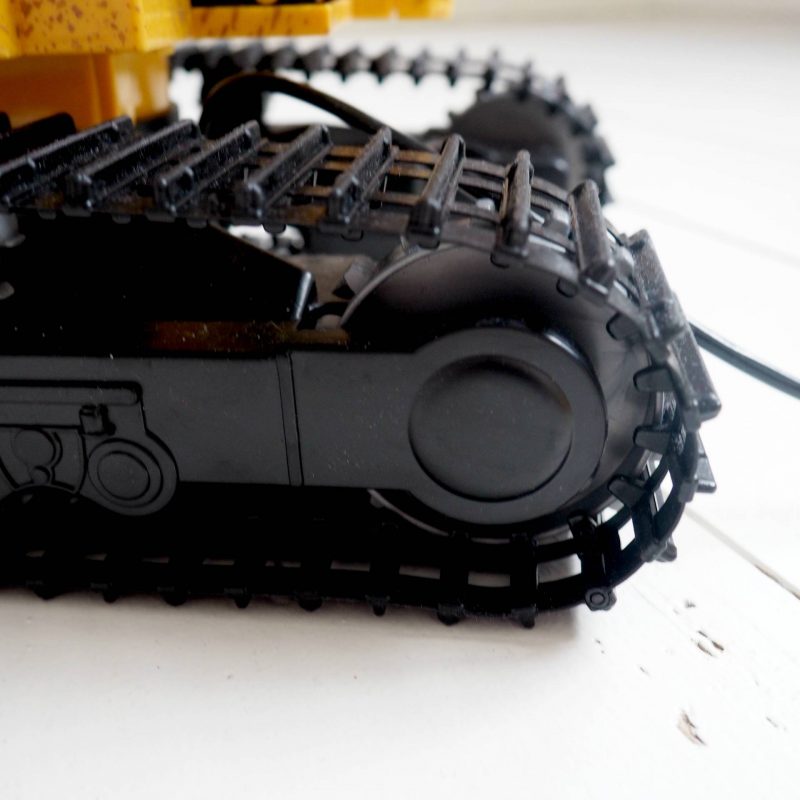 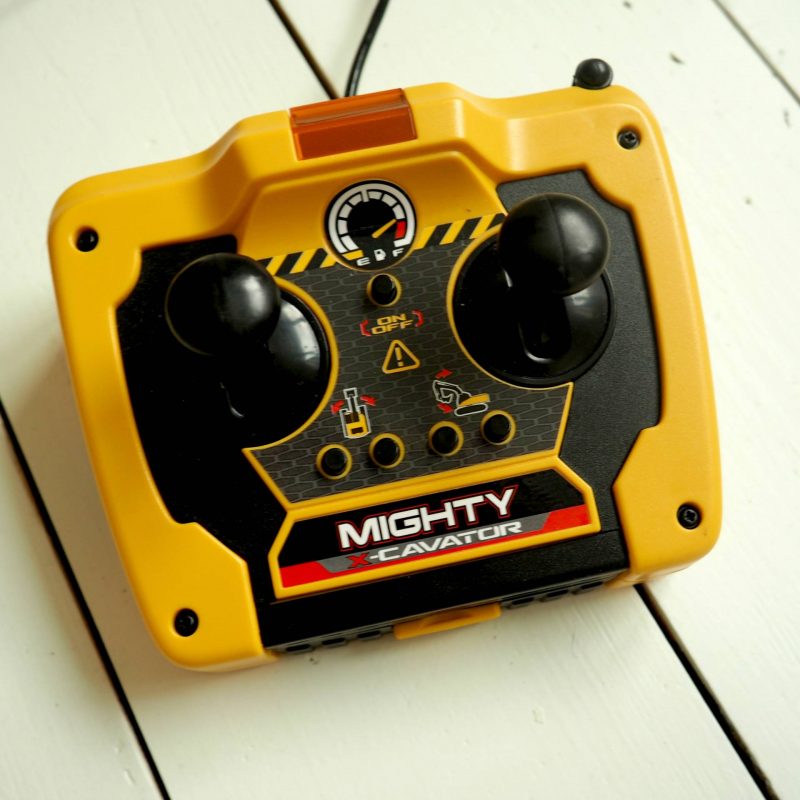 The excavator is a whopping 70cm high, with a very large digger arm and scoop that are controlled by the remote control. The remote control also moves the excavator forwards and backwards, as well as turning it left and right depending on where the child wants it to go. 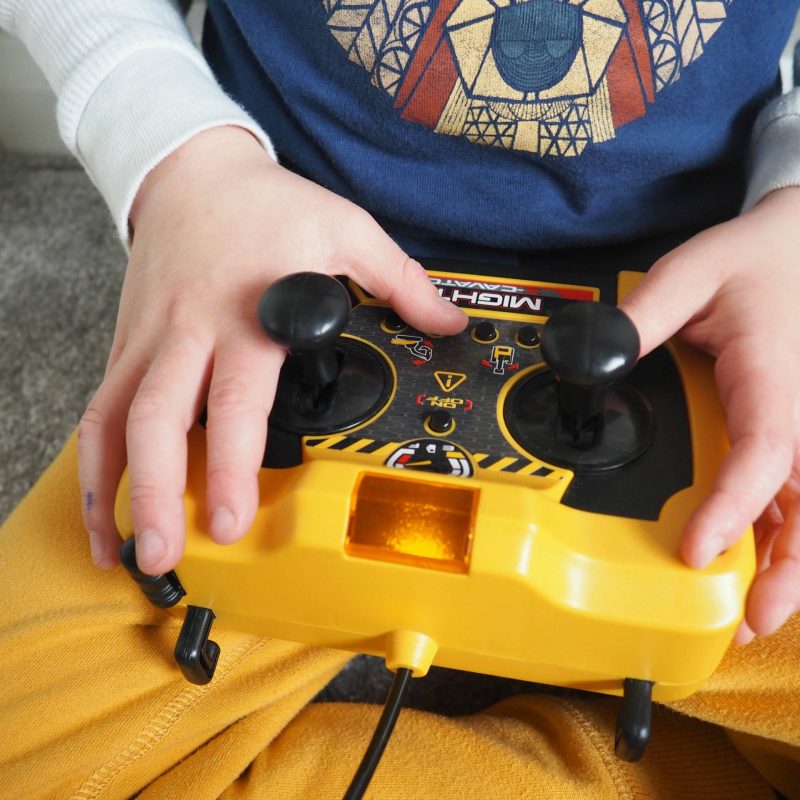 Freddie soon got the hang of using the control, and was able to direct the excavator and start incorporating it in his ‘building site’ games- picking up Lego and Duplo bricks being the favourite! I was concerned that the remote control might be a bit too big and chunky for little hands at first, but actually it made it easier for Freddie to use, as he could put it on his lap or on the floor and direct the buttons really easily. 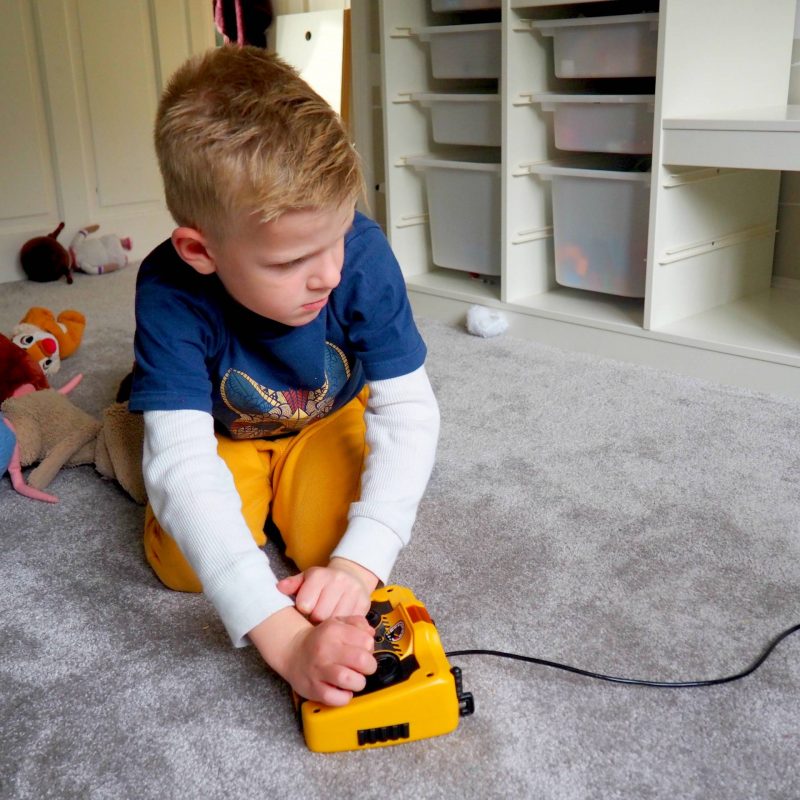 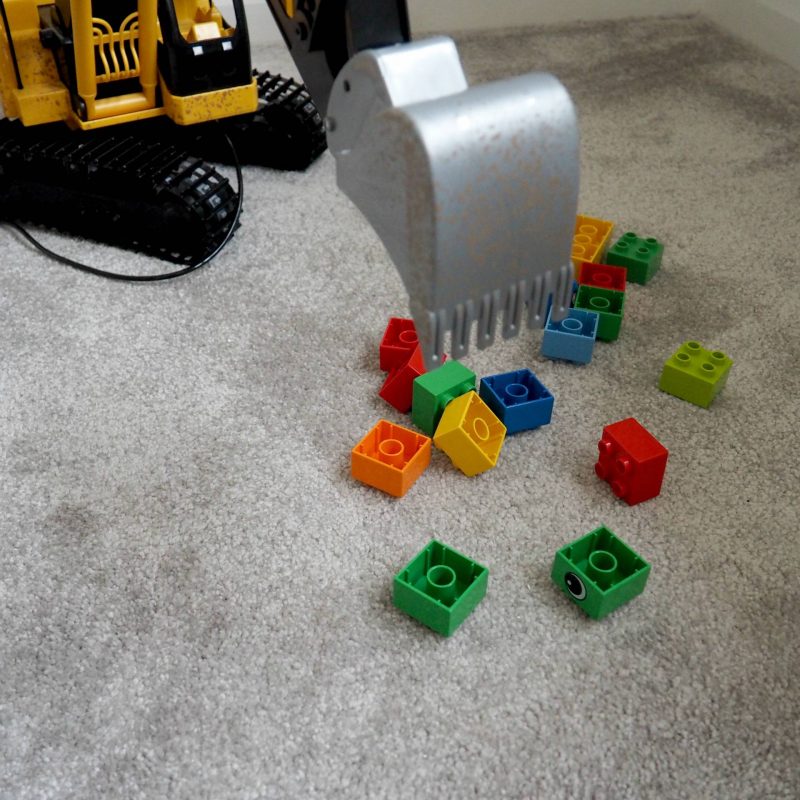 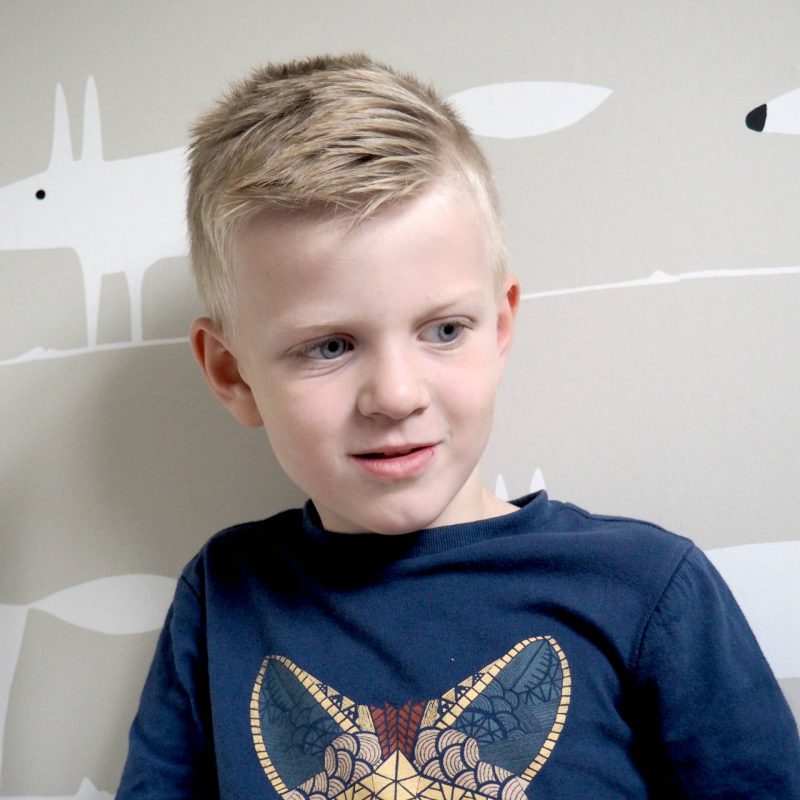 My only ‘criticism’ if I had to be really fussy is that I wish the remote control was wireless (I know, get me and my new-found love of all things tech!) rather than on a lead, as although it didn’t get in the way too much I occasionally had to step in and prevent it from getting tangled. I’m sure though an older child would easily be able to sort this out themselves.

I would happily buy this though for a vehicle-loving child for Christmas or Birthday, as I think it takes imaginative construction play to the next level- something cool for children who have perhaps started to outgrow their more ‘babyish’ cars or diggers. 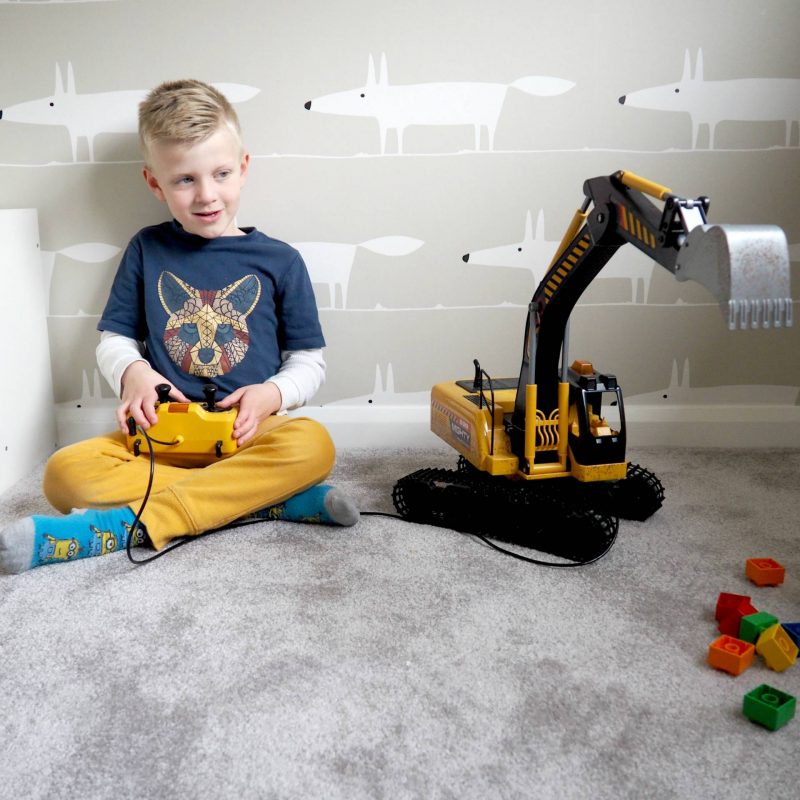 Since giving the excavator house-room, it’s been played with pretty much every day, and we’ve had one very happy Freddie!

We have reviewed this toy as part of the Chad Valley Play Panel and were given it in exchange for an honest review, all thoughts and opinions our own.