When we received our latest package as part of the Chad Valley Play Panel, the arrival of a Chad Valley 100 Piece Styling Dolls Head couldn’t have come at a better time. Adam had literally broken an old, flimsy styling head doll of Sasha’s a few days earlier trying to untangle the hair (clearly not his forte): cue many tears and us about to hot-foot-it to Argos ourselves to pick up one of these styling heads. So when I opened the box and one of these was staring back at me, I couldn’t have been more delighted, and nor could I wait to surprise Sasha when she came home from school!

And happy and surprised she was! 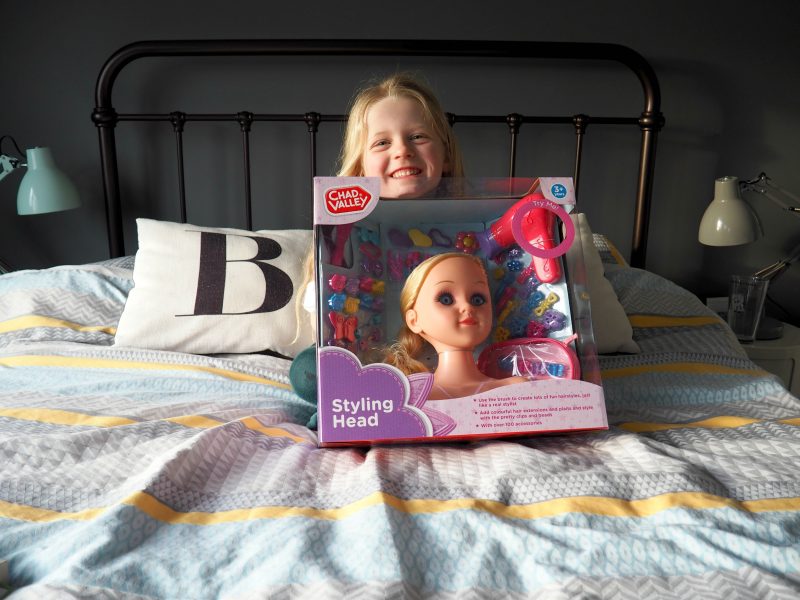 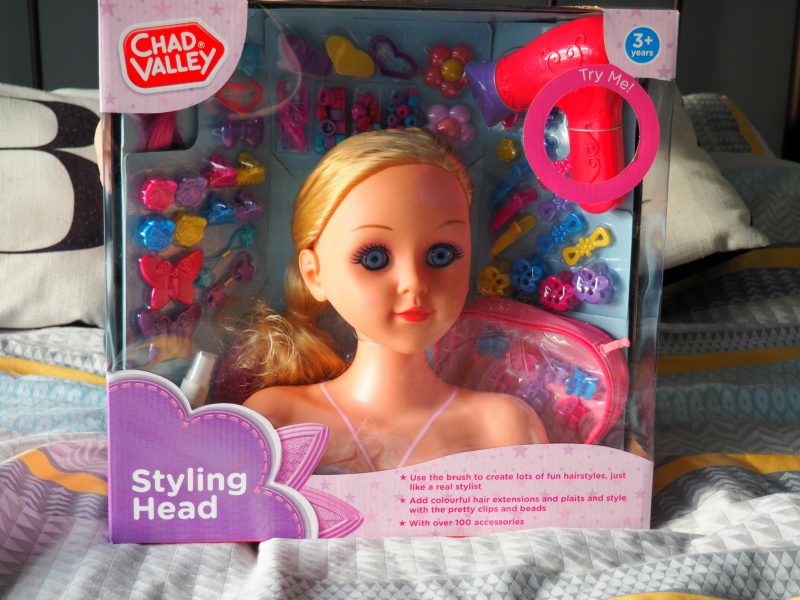 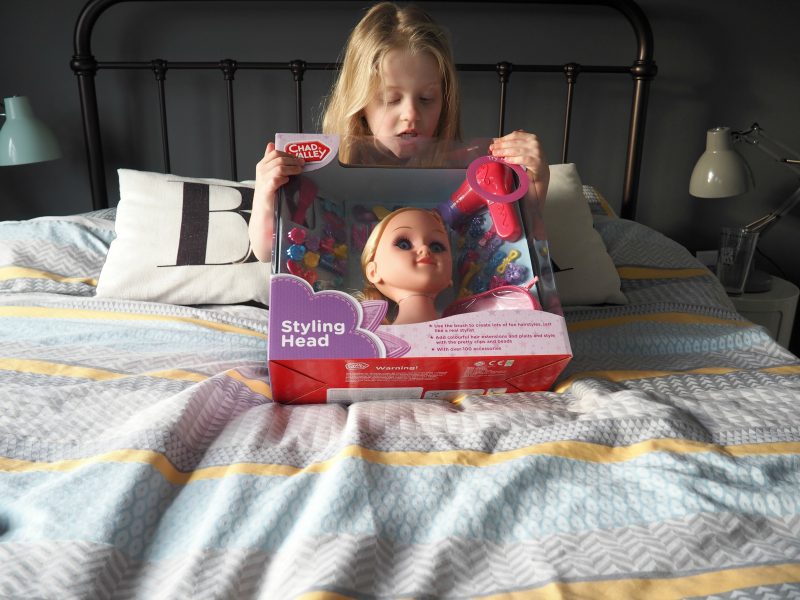 Immediately wanting to ‘have a go’ we opened the styling head box, and I was impressed with the (thankfully) sturdy head, and the fact it was a decent size so more realistic than other ones I’d seen in other toy shops.

Sasha was over the moon with the amount of accessories that come with this styling head, and straight away got to work with clipping the coloured hair pieces in (a favourite aspect of the styling head according to S), and practicing a variety of hairstyles, some fantastic, some slightly more dubious. 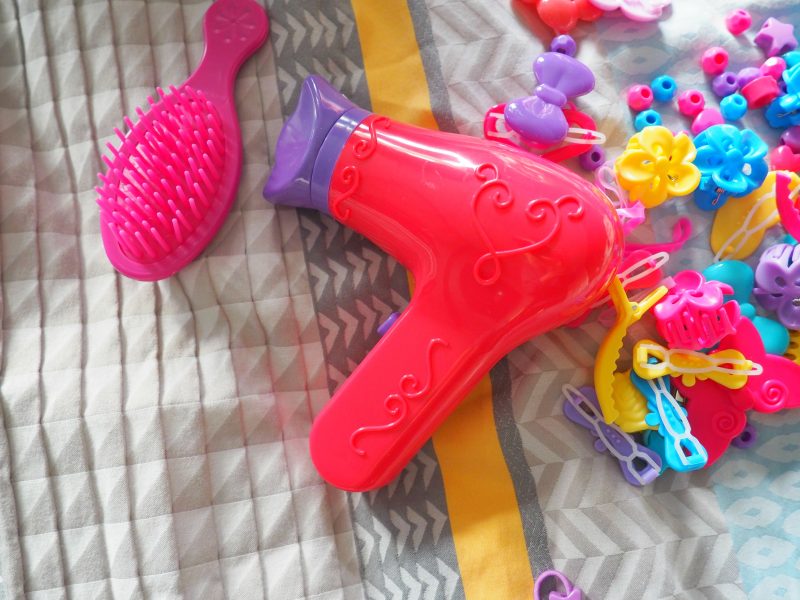 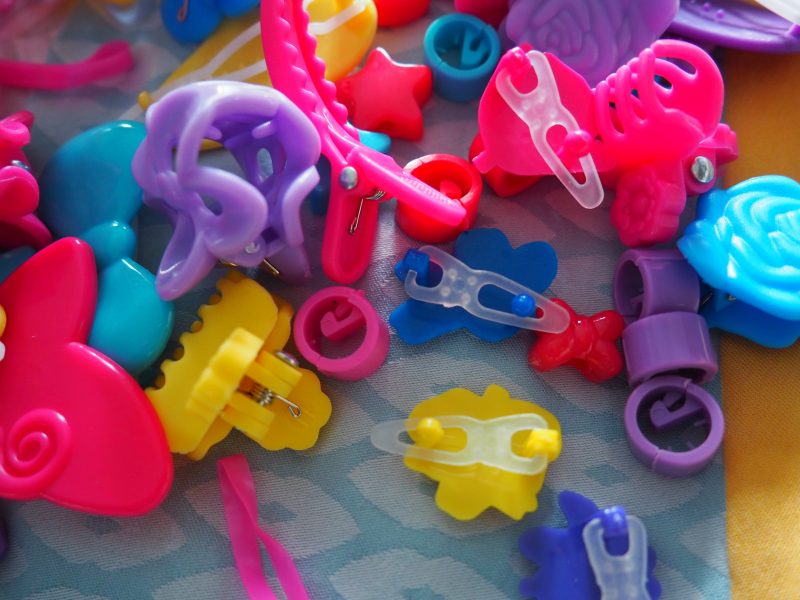 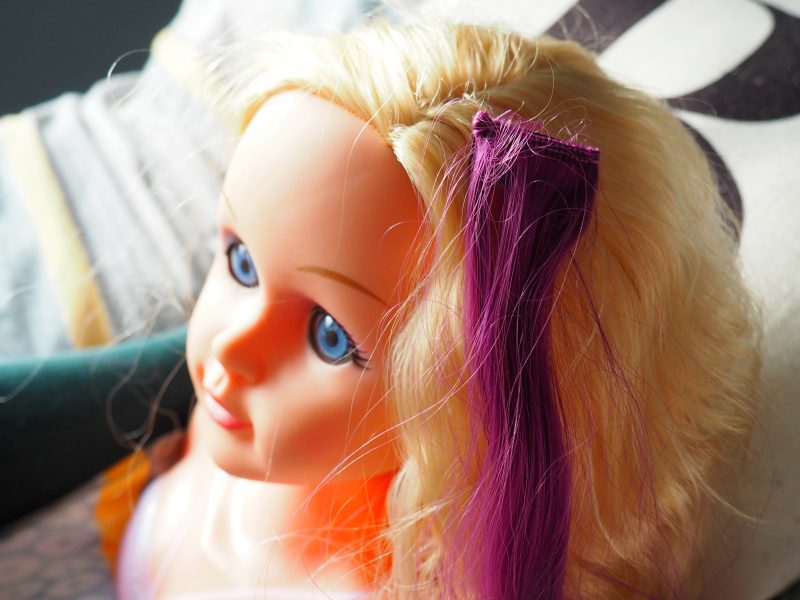 But when you’re being styled by a 5 year old, it’s what you have to expect!

Since we’ve had this styling head it’s been played with daily, and is still easy to brush through so far, which we make sure we do daily so it doesn’t get tangled. Whilst fun, and great for playing at ‘hairdressers’, it’s actually been a surprising teacher of life skills, as Sasha can now tie a pony tail herself in both the styling head’s hair and her own. Something I certainly couldn’t do until I was much older than her (I never had a styling head!). 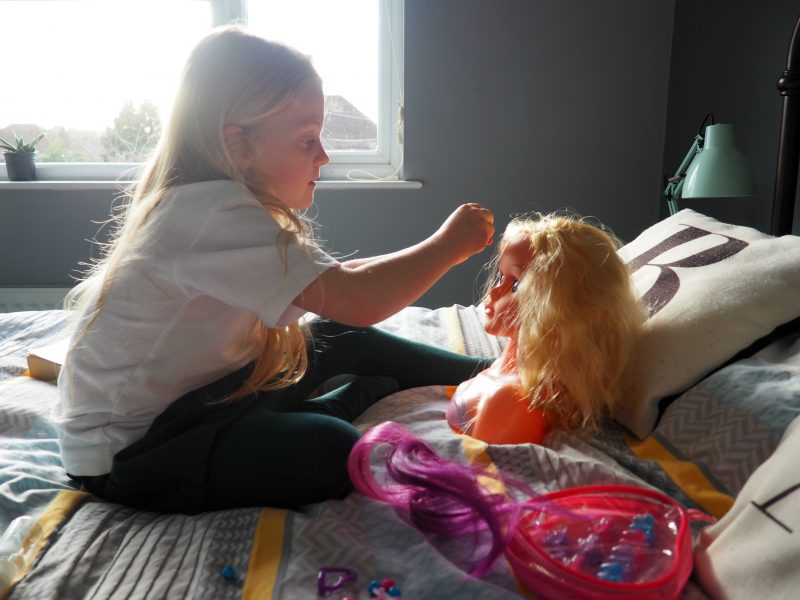 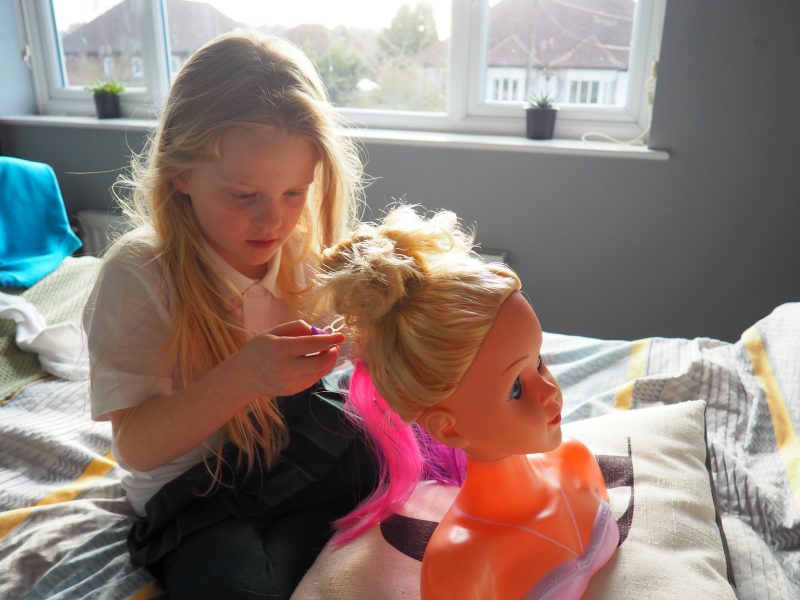 At currently £12.99 RRP this would be a great present for your own child or someone else’s, as it doesn’t take up a huge amount of room, and is genuinely SO much fun- I’ve spent more time that is probably normal for a 34 year old playing with this!