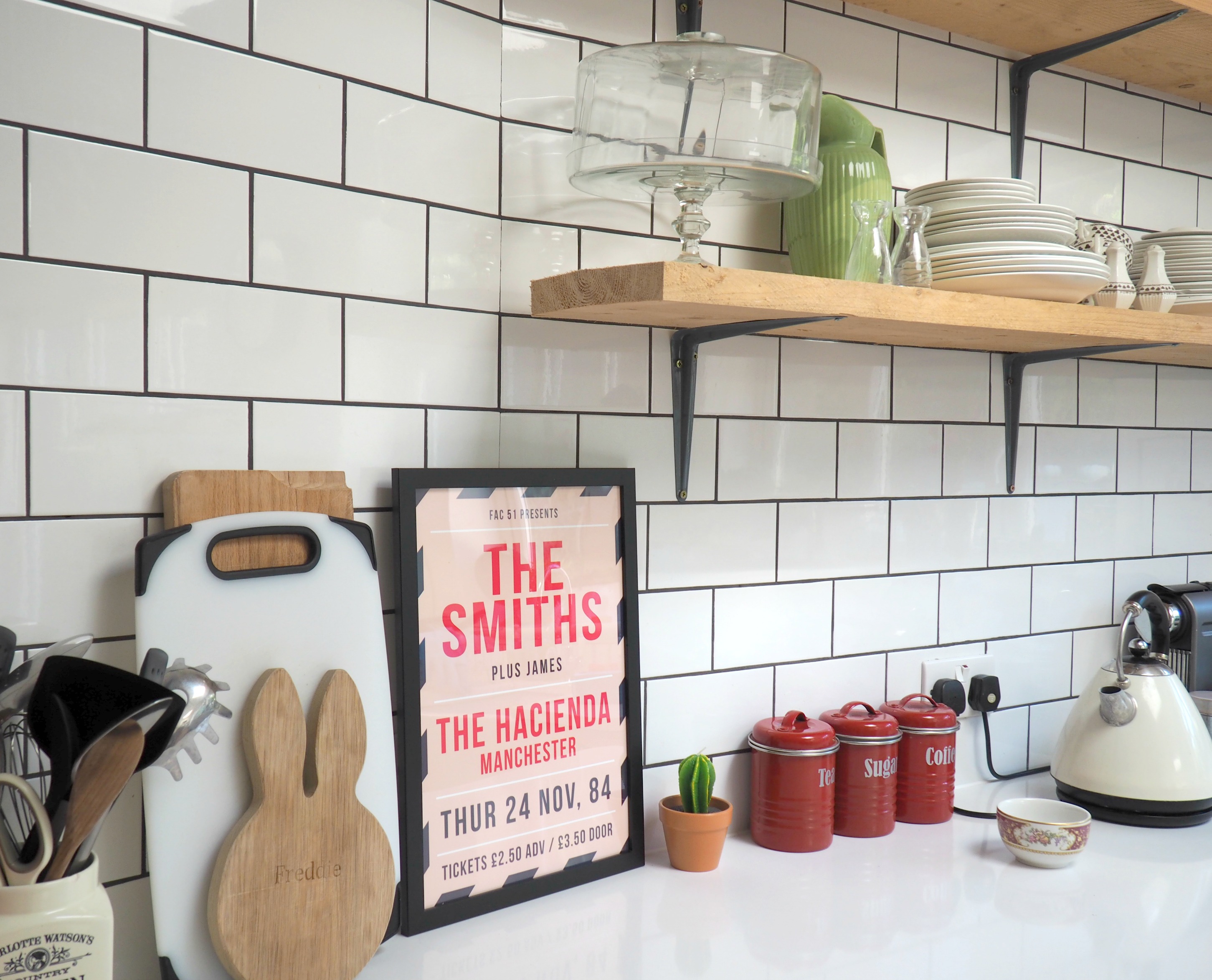 Hello, how are you? It feels a long time since I just wrote a chatty catch up post! Now we are nearing the end of September, we are most definitely feeling like we are now heading into Autumn, something I’m not too sad about as I love the cold, crisp mornings and the start of layering when it comes to fashion- I do love a good layer! Although September is still clinging onto the last breathes of summer- it’s been roasting in the sun the past few days come the afternoon, and as a result I have no idea what to dress myself or the kids in (see: layers)! On Sunday the weather was appalling all day, but I actually secretly like Sundays like that, bucketing down with rain and being cosy indoors with the radio on, in pyjamas and with the first roast of the season in the oven. 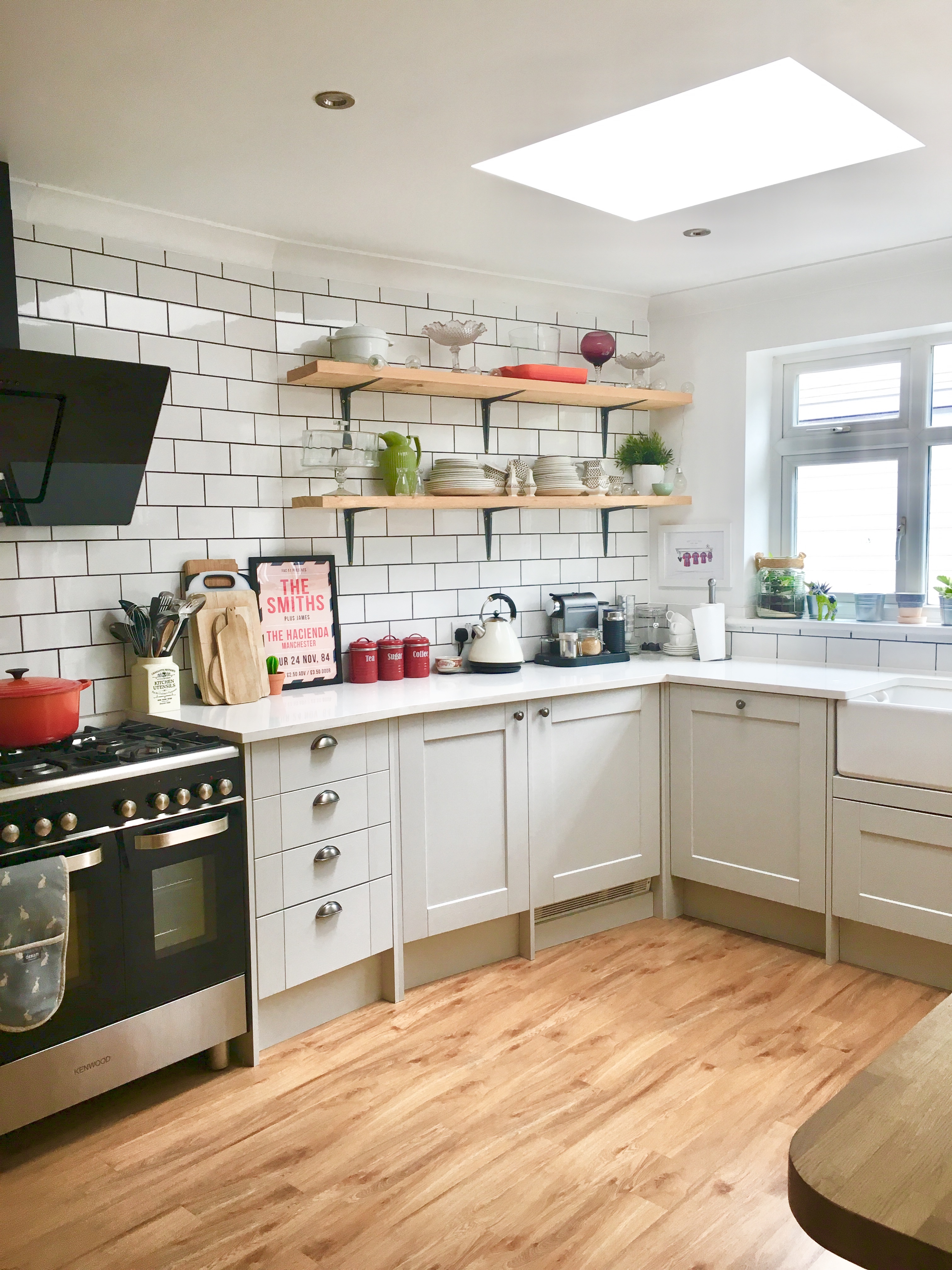 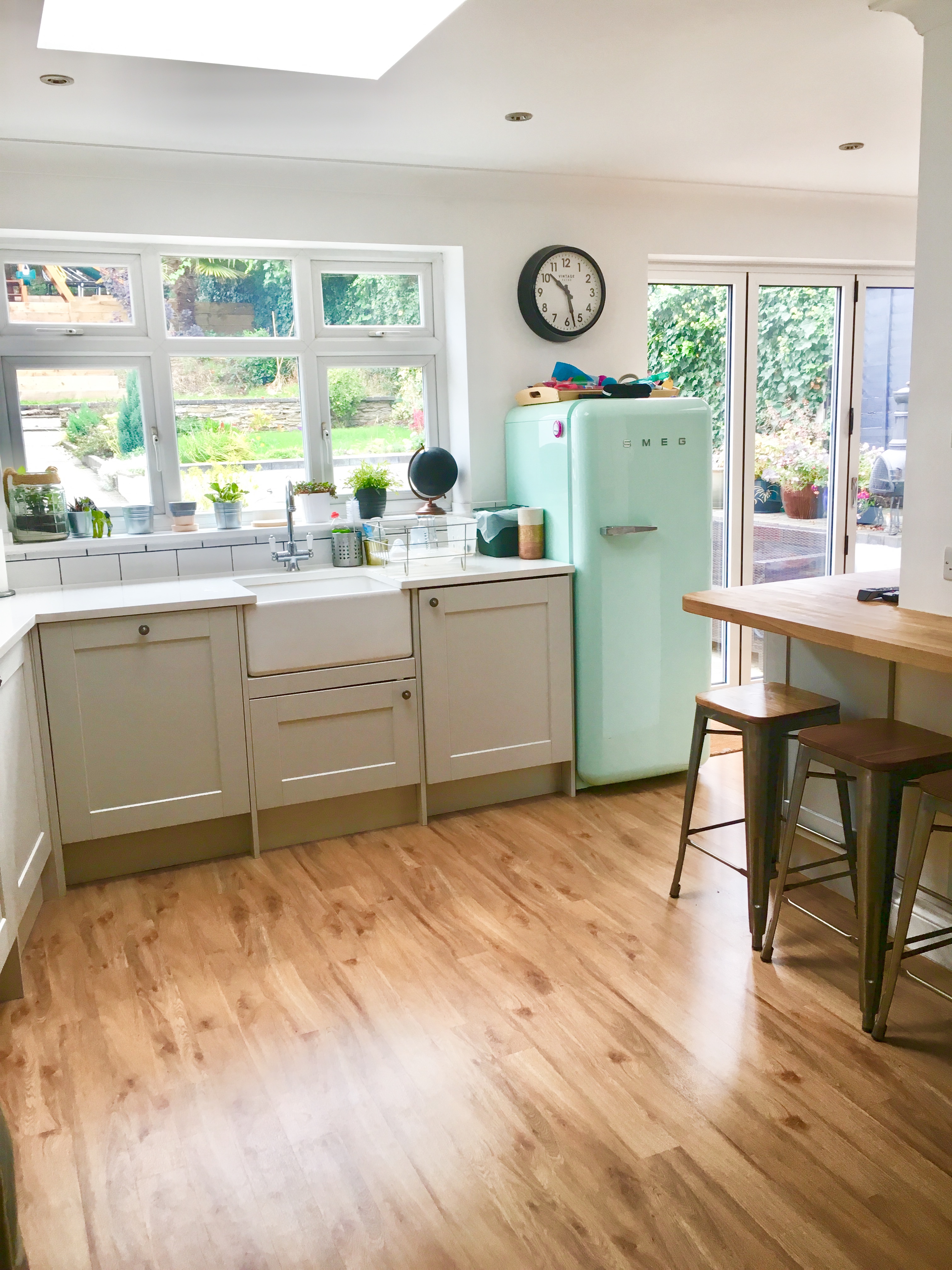 House-wise we are still no further to moving, sadly. Brexit seems to have put the willies up everyone when it comes to moving and the market is just SO SLOW. We’ve only had a couple of viewings the past two weeks, neither of which came to any fruition (wanting a 4th bedroom for a piano apparently with one of them when you know you’re viewing a 3 bed house- the mind boggles!). Our lovely seller is hanging on in there for us (I think they’re glad to have a buyer too to be honest), but whilst she says indefinitely hanging on as long as we’re actively trying to sell, how long that really means it anyone’s guess. I’m prepping myself for the fact it might not actually happen, whilst obviously not a disaster as we have a lovely home, would still be very disappointing. It’s the limbo of not knowing what will happen which is what I hate. I have to admit that it’s been all consuming me and making me feel quite stressed, and I’ve had to really park it in a box now and throw myself into everything else as I usually would. What will be will be, as it’s largely out of our hands. 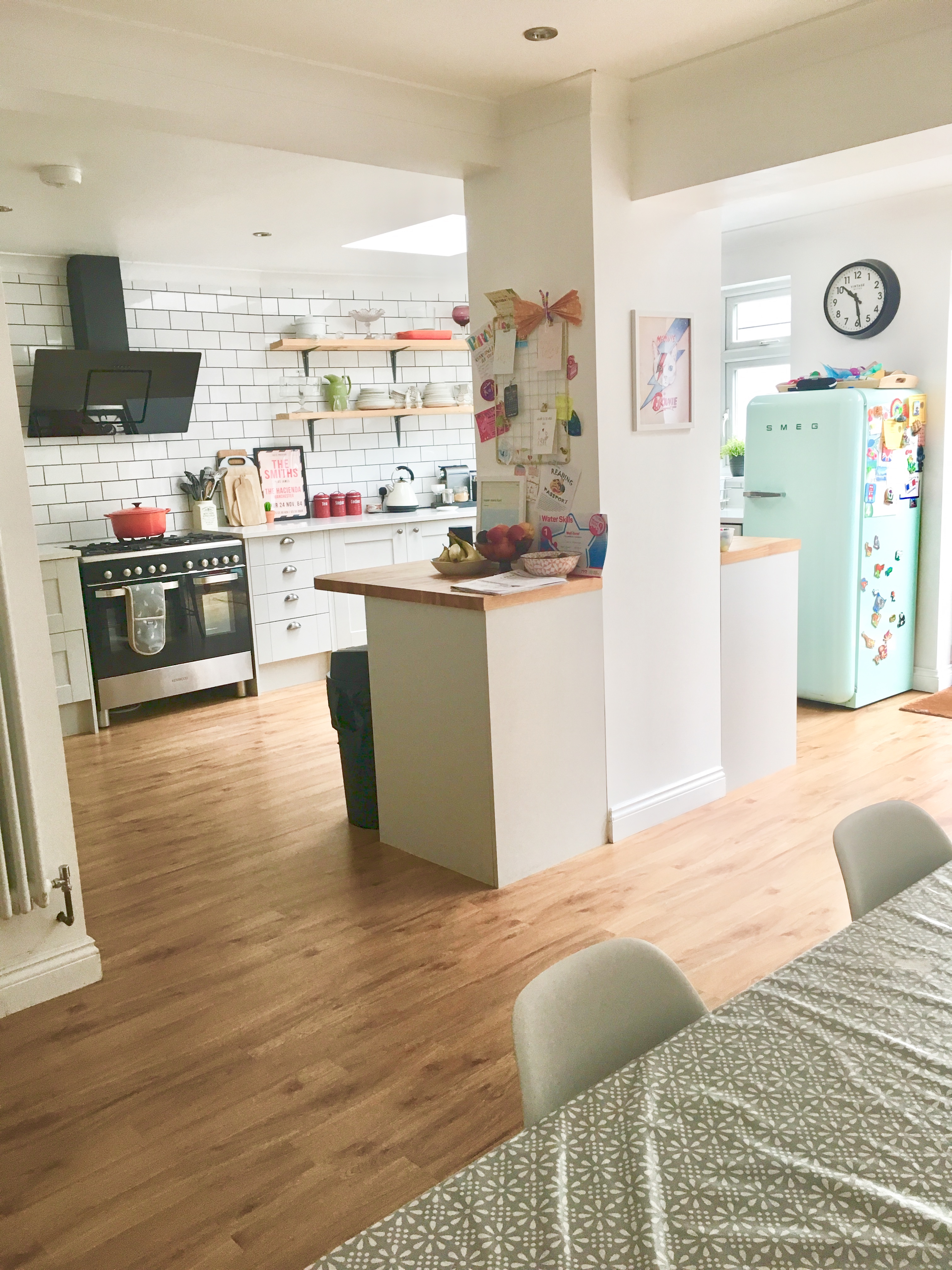 I have been doing some ‘change of season’ home prep though and decluttering- both for house viewings but also just to sort the house out a little more. I cleared 3 loads of cuddly toys into bin bags to put in the loft temporarily, plus a few more toys and boxes, and my word, does Freddie and Sasha’s room look less cluttered already. If we move, there will be room for some of them to come and rejoin us, but I think we might have to give serious thought to rehoming some of them. I’m not a natural minimalist, but it does feel good to have slightly less ‘kid clutter’ around! 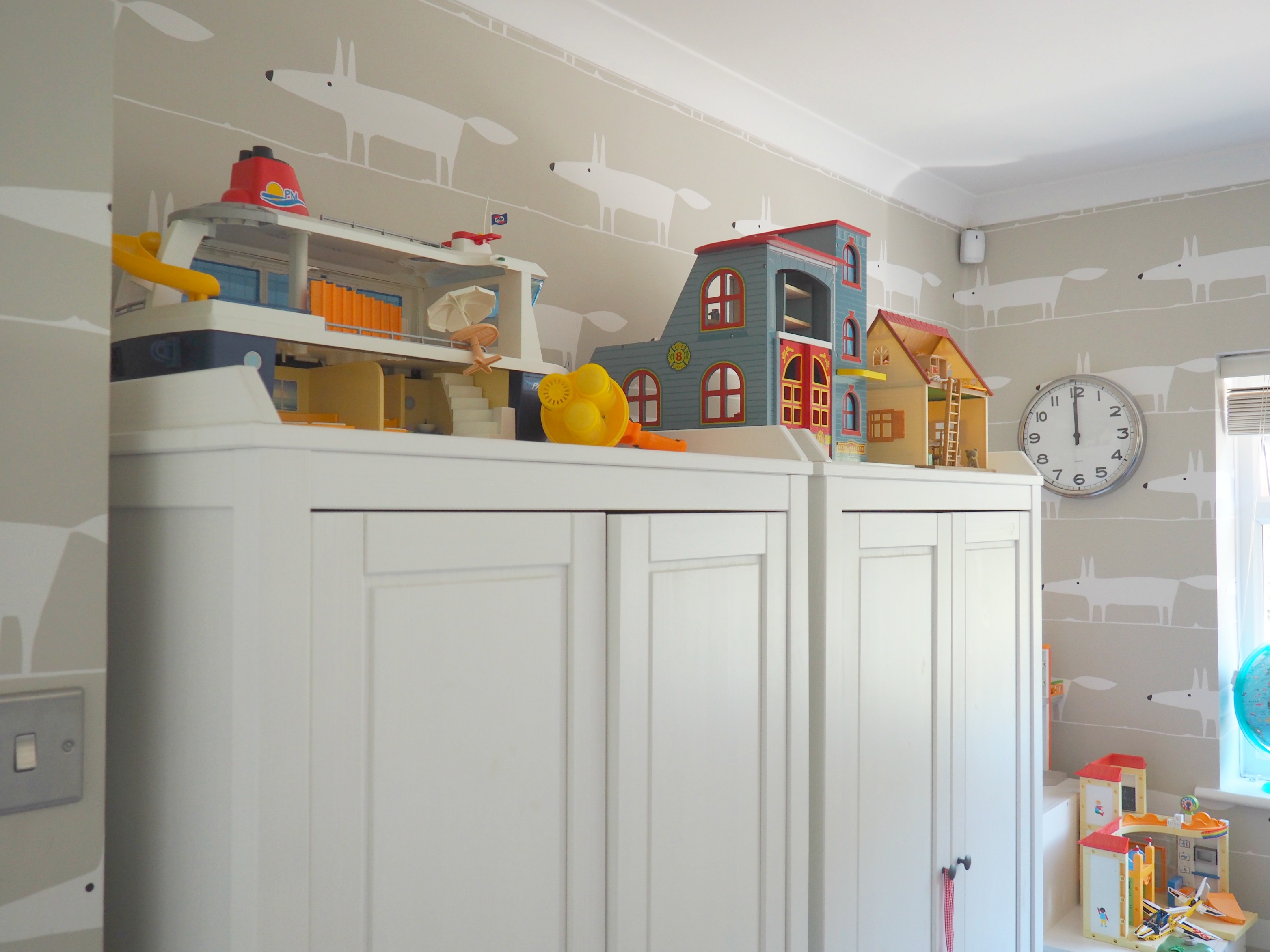 I also sorted the big two’s bunk bed shelves out as they were so messy looking, and in a sad, sad way, this has given me some kind of inner peace as well as also making their room look neater. We have also been sent this fab ‘Super Mario Kart’ print from Red Candy which now has pride of place on Freddie’s shelves, and will go on the wall in his room if we move. It’s the one game he really plays on the console (along with Fifa), so it’s gone down a storm! 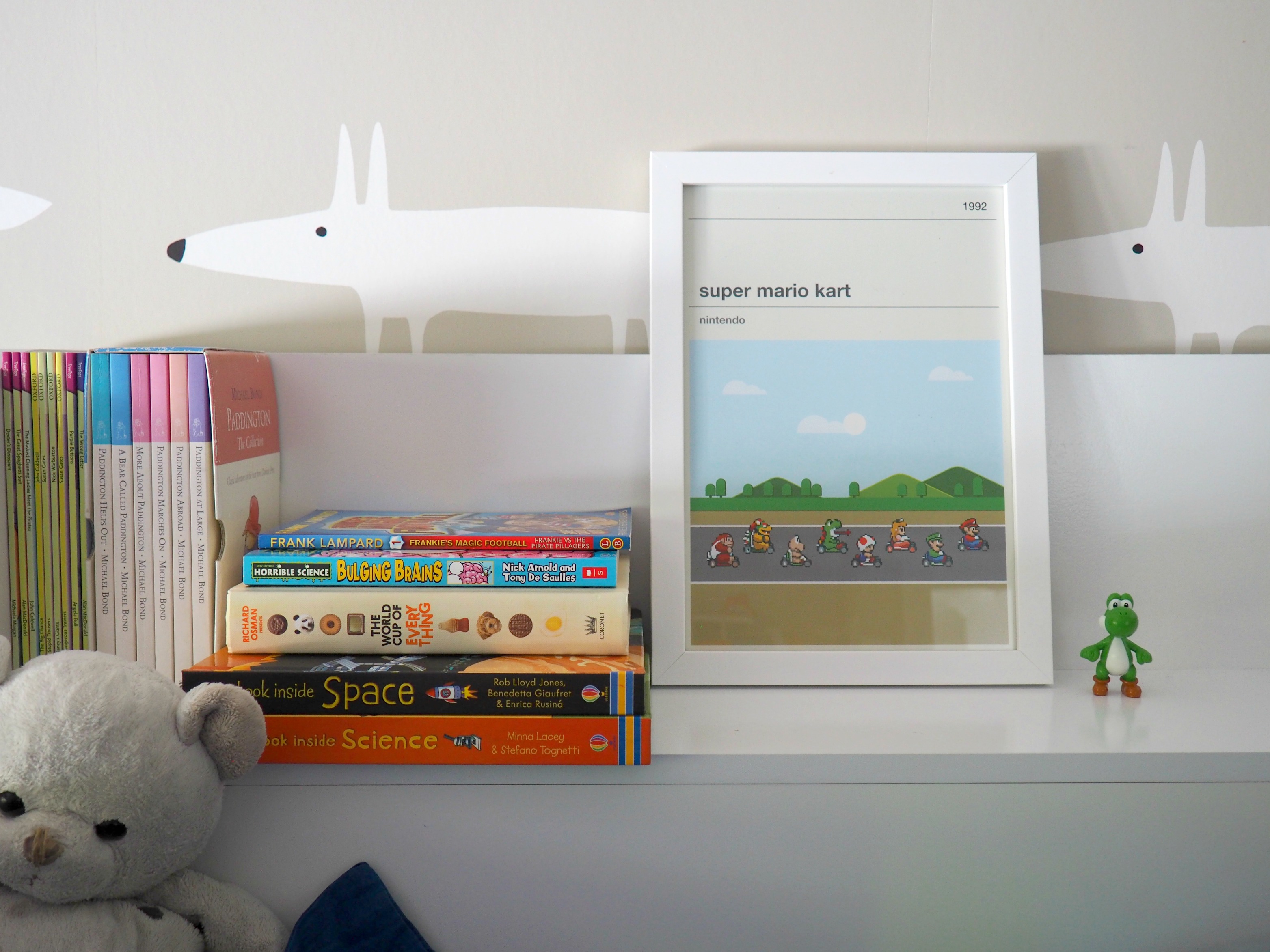 I also had a good sort out of their pens and crafts bits, things which are actually used quite a lot. We already have a couple of organisers and tins, but the Great Little Trading Co sent us this Mr Fox caddy as part of our ‘testing team’ role, and already it’s been put to good use. We seem to accumulate pens and colouring pencils like they’re going out of fashion, but like I said, thankfully they are always well-used! 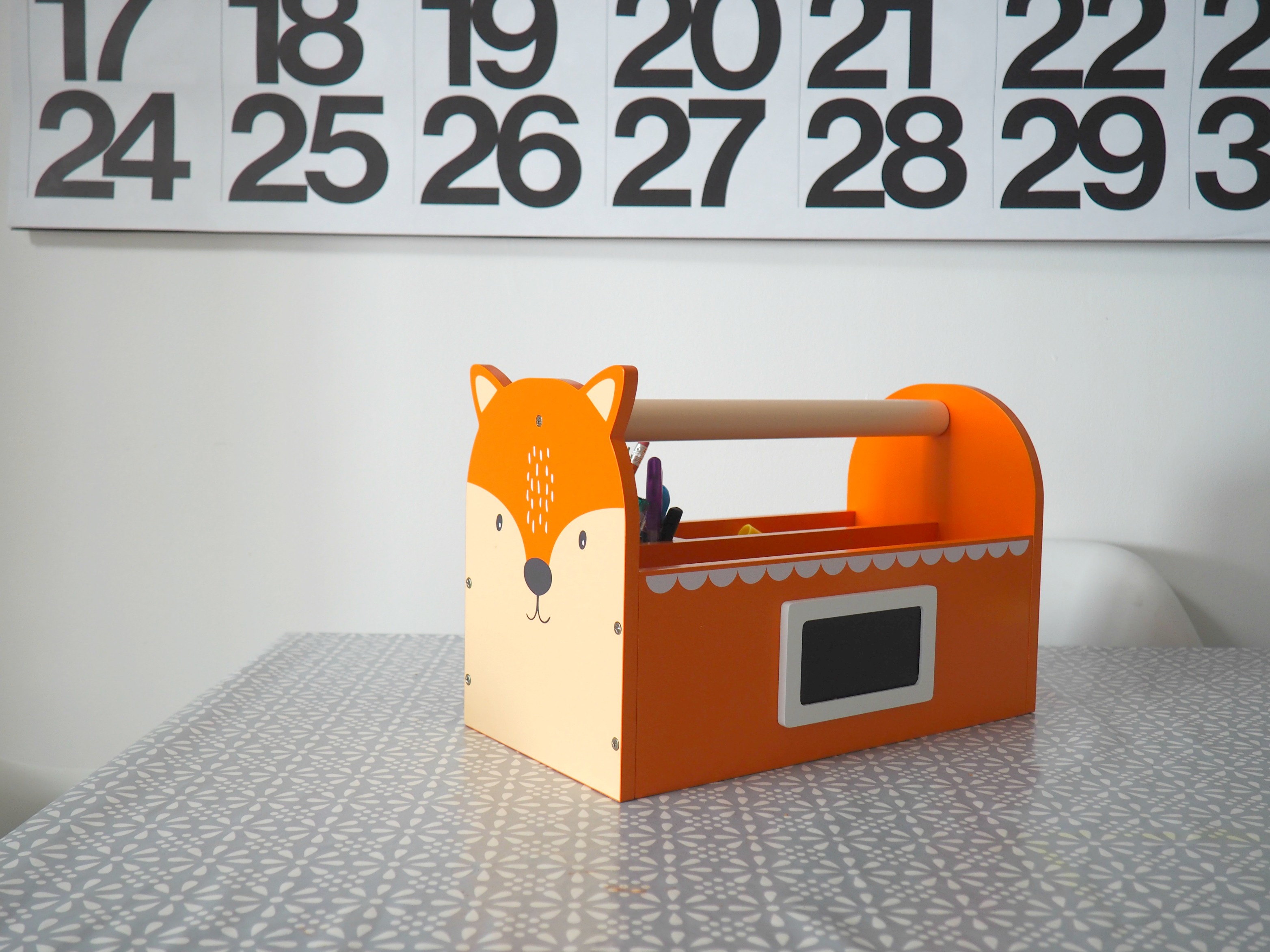 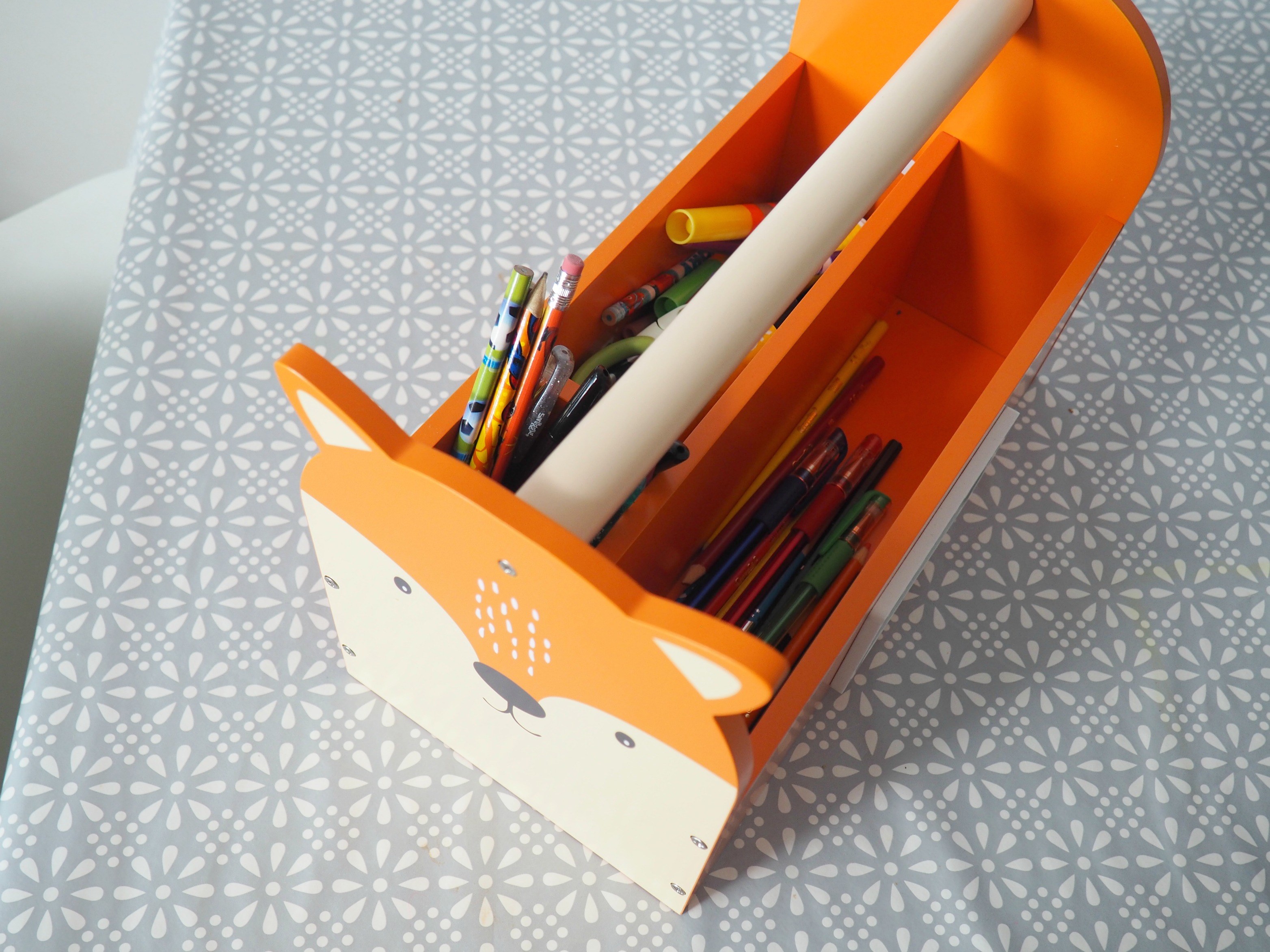 Coats, wellies and winter clothes all tried on for size and sorted- some stashed away for younger siblings, some to sell, some to charity… all helping to declutter and streamline the wardrobes. 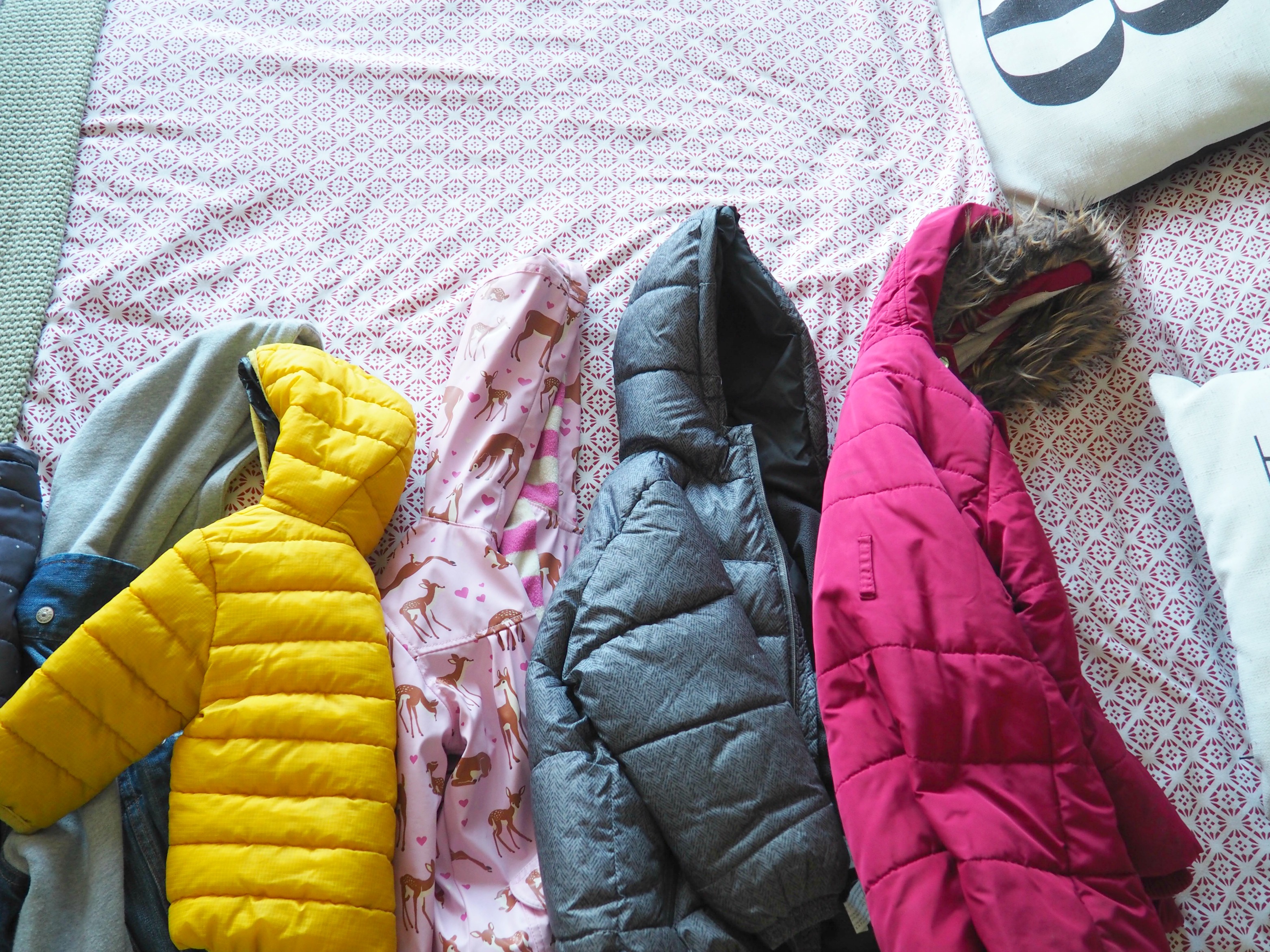 I’ve used some of the photos here of our kitchen (maybe if I show it off enough someone will really want to buy our house), and I’ve given this a good deep clean. Even though we’re hoping to sell, I think I might freshen up our kitchen shelves just for a bit of a change. Keeping most of the things on there, but maybe adding a couple of new bits, or just moving them around. I’ve added this other ‘Smiths’ gig print (also from Red Candy) which I absolutely LOVE and have also had several compliments about already. I think the pop of colour works so well. They do so many great prints and I have a whole wish list on their site, whether we move or not! 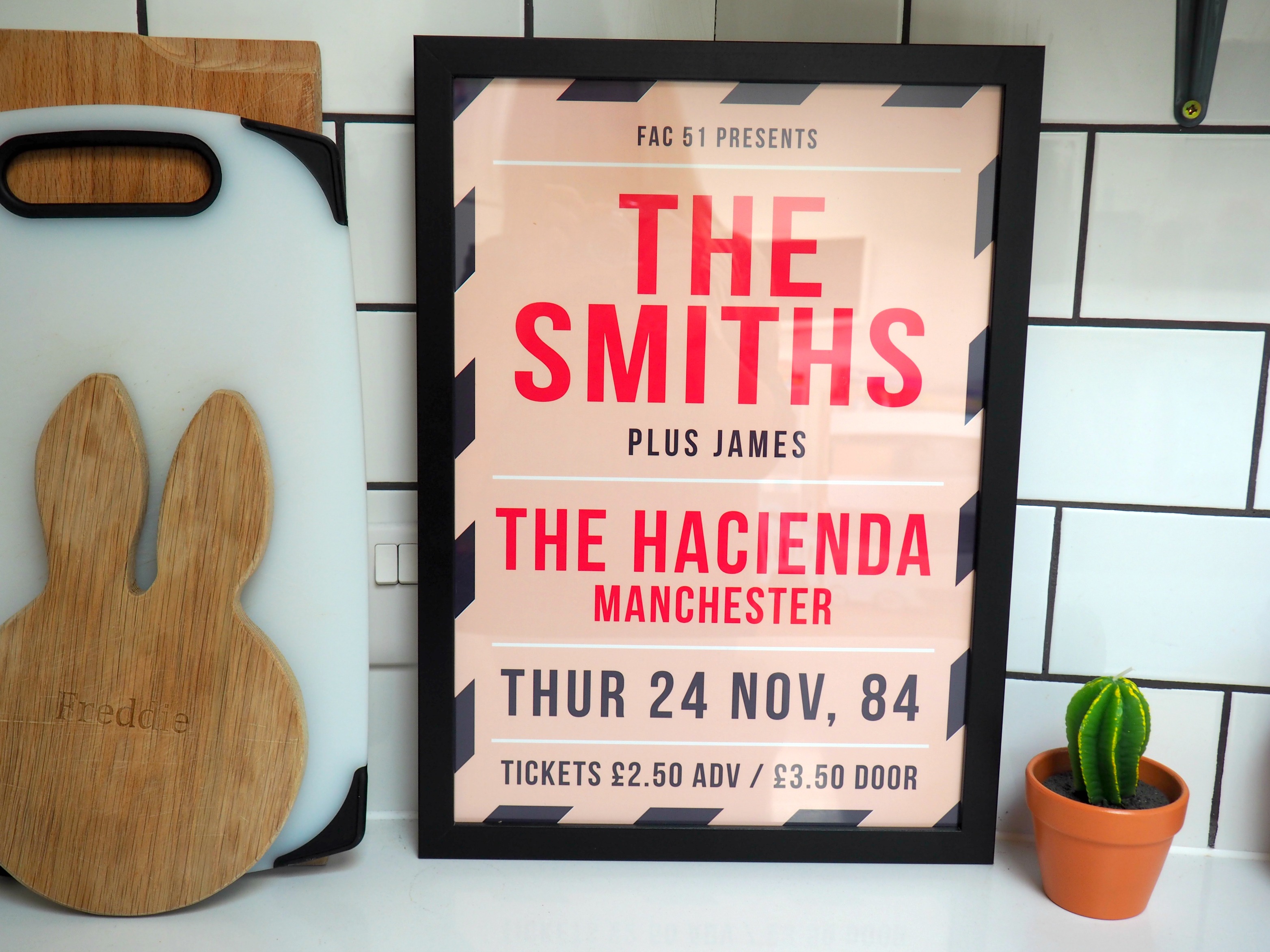 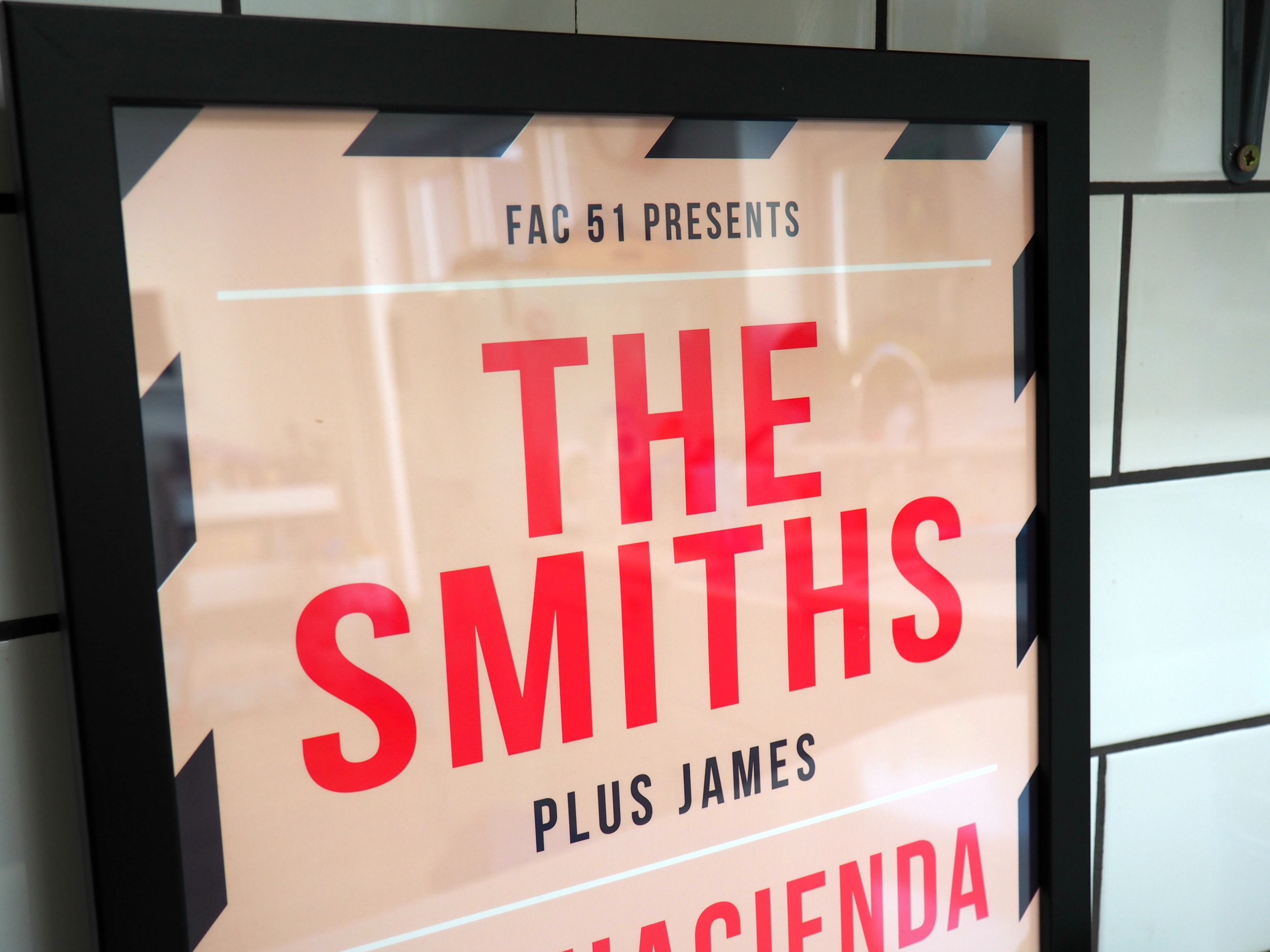 And finally… I also dug out the seasonal wreath for the front door, signalling that Autumn has indeed arrived in the Freeman household! 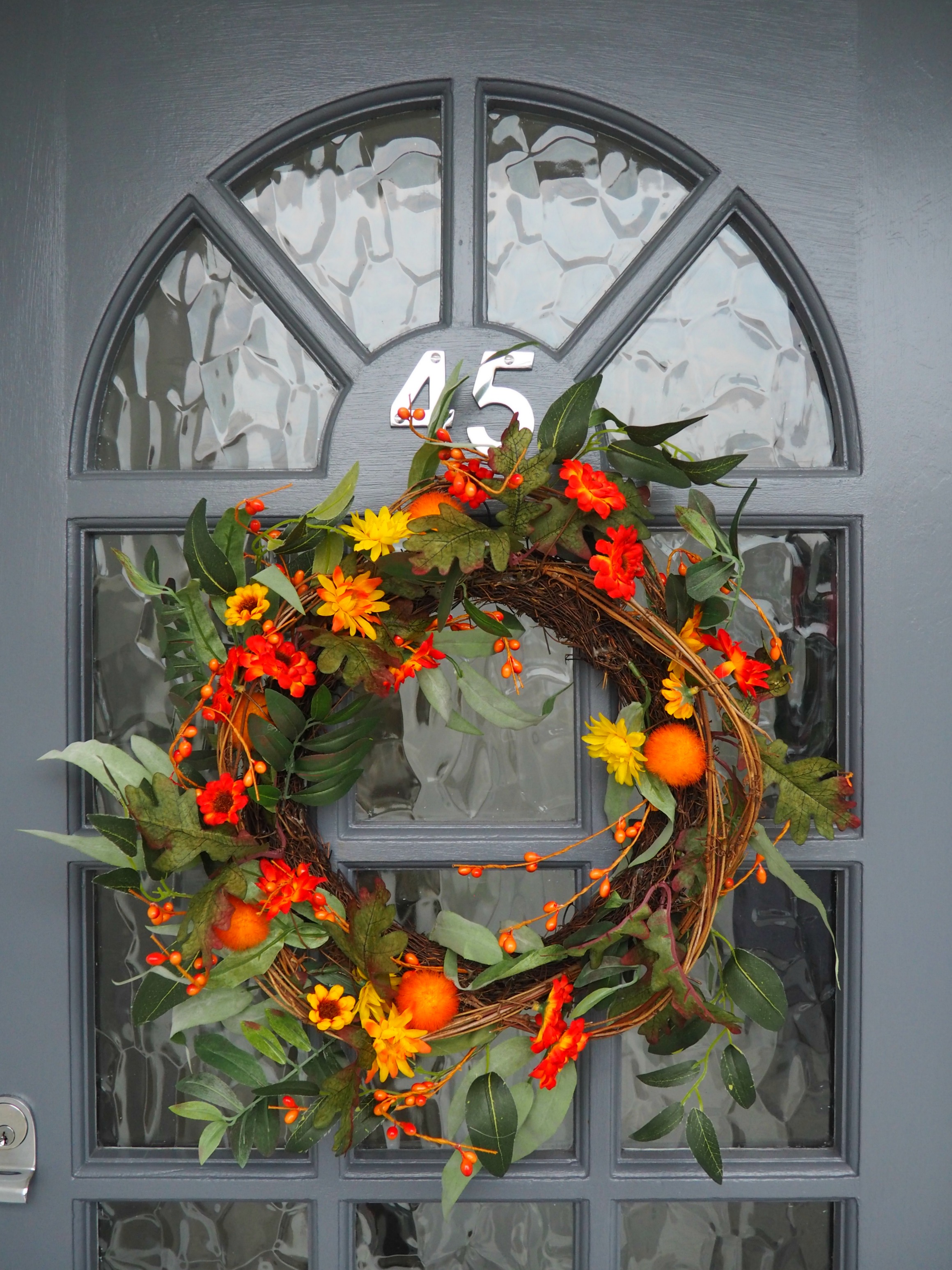 Thank you for indulging me in a chatty blog. How are you guys prepping for Autumn? Are you feeling more organised now if you’ve had kids go back to school etc? Let me know, i’d like to hear!

See some of my other organisation posts