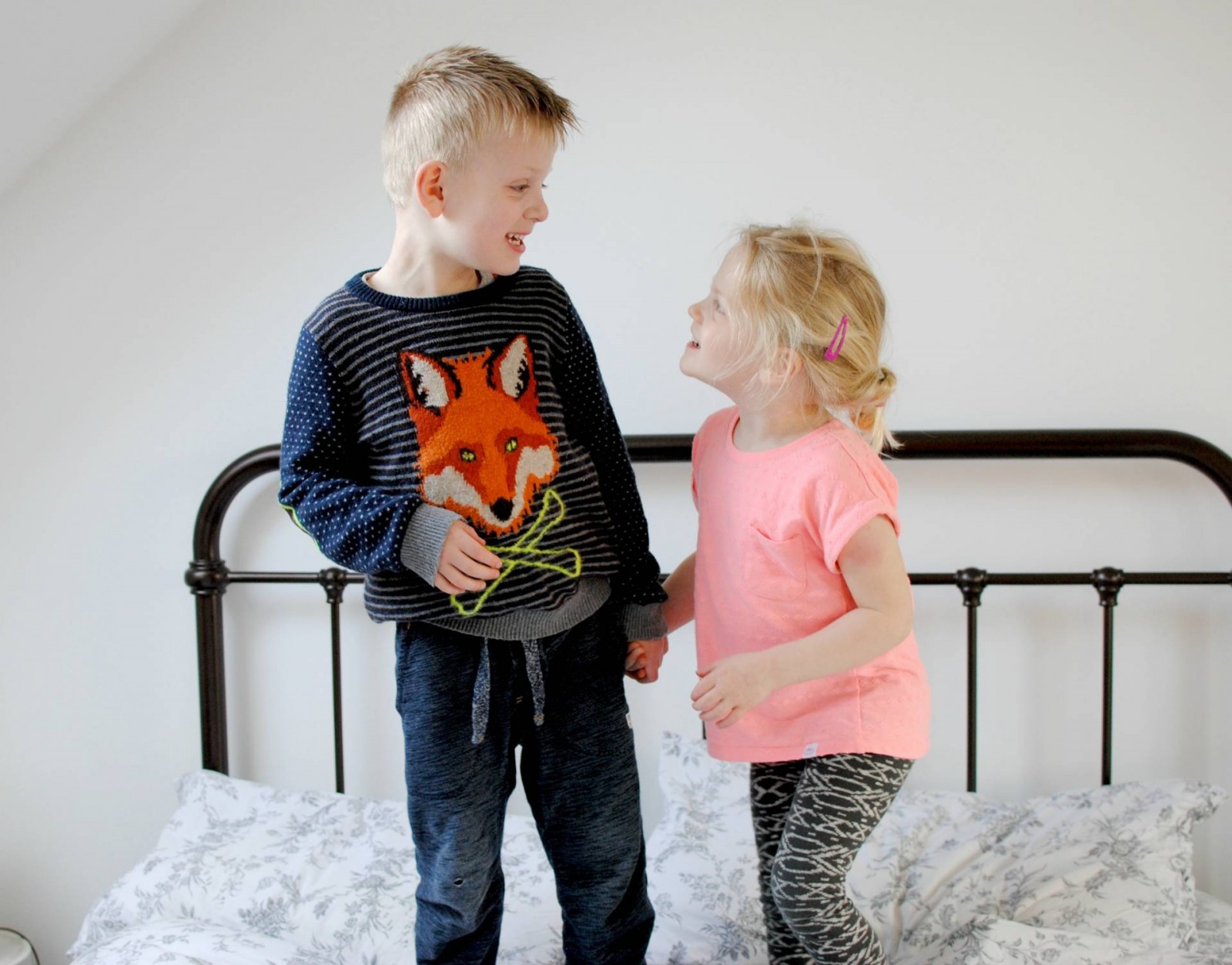 On of my big ‘hobby goals’, among others  for 2016, is to really practice and master my DSLR on manual. I’ve nearly always used it in automatic, but with the help of brilliant YouTube tutorials I am gradually getting to grips with it. I bought a portrait lens for my Nikon several months ago, but with last year being so busy due to weddings etc, it didn’t get as many outings as I’d have liked.

Which is why this year I’m determined to use it more- and the ‘Siblings’ project is the perfect opportunity to do so! And i’m lucky that I have such willing participants. 😉 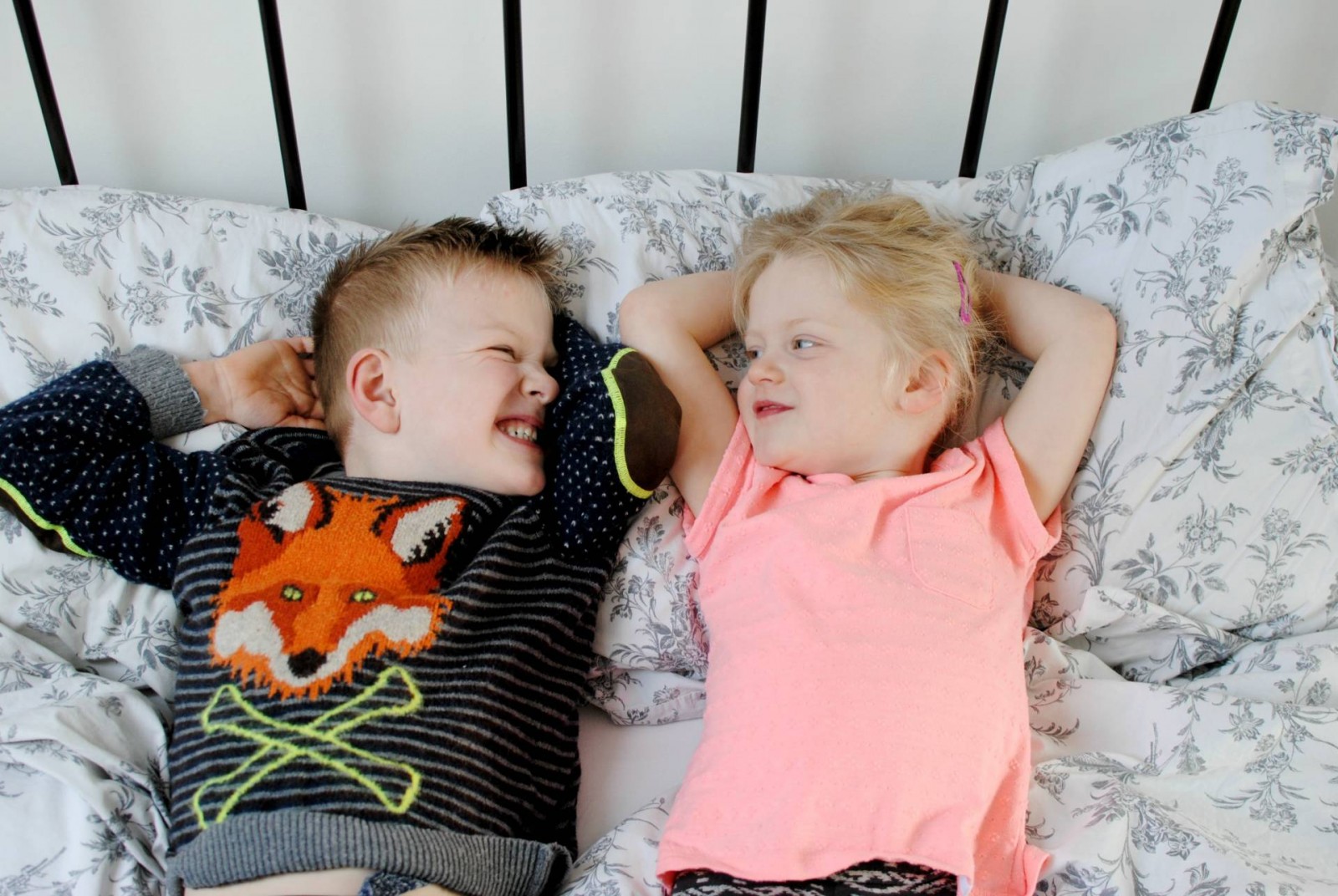 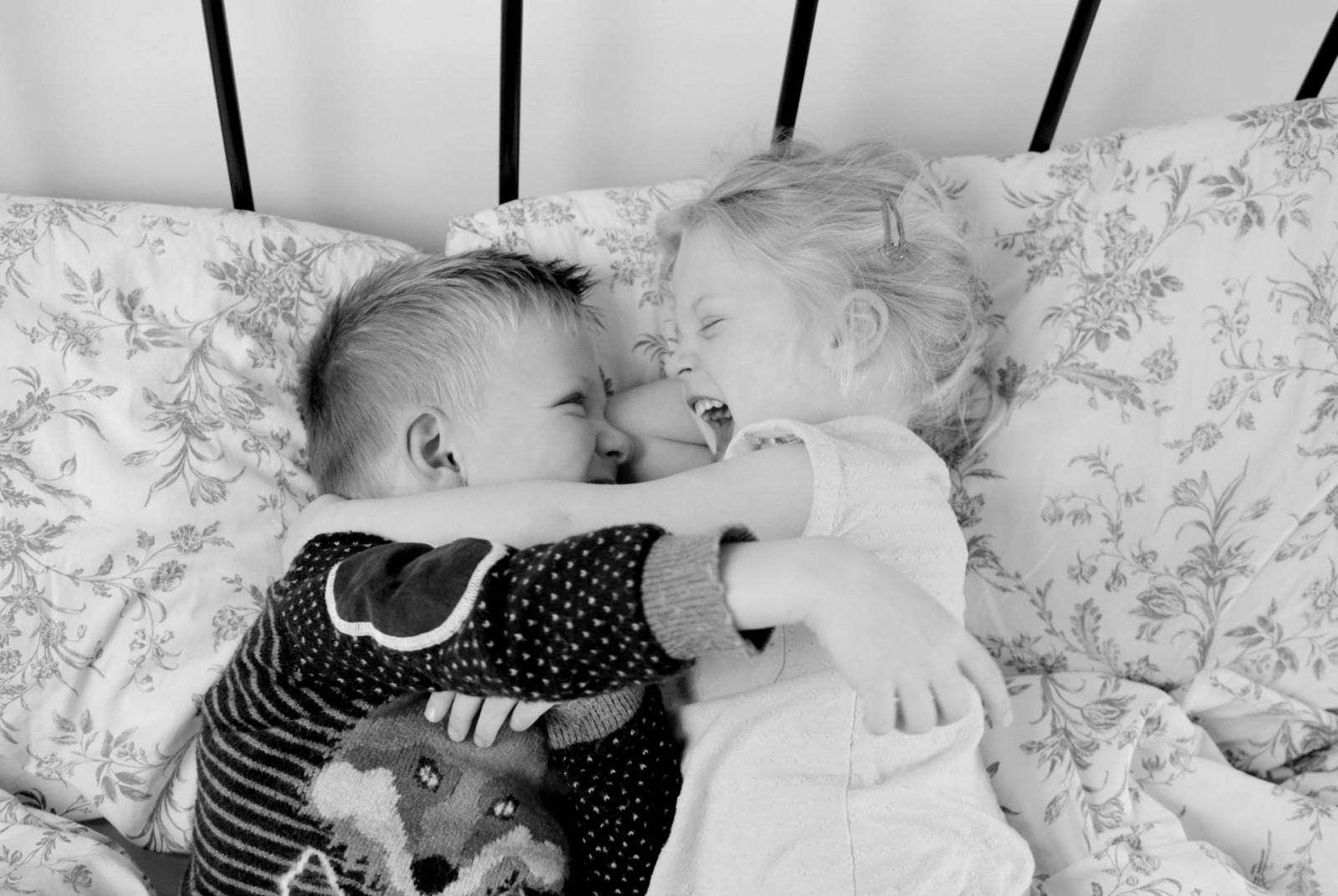 Freddie is now 4.11, and Sasha is 3.8, and in both Adam’s and my opinion they are at the funnest age they have ever been: Much easier in terms of the physical ‘slog’ babies and toddlers (does that sound awful?!), but still so young and innocent and fun. The conversations we have now with them are brilliant, the things they come out with so innocent, and curious and honest, and we love answering their questions. Indeed, right now, I am finding more and more that I’m using Google to help answer some of these questions (hello, capital cities of random African countries! Freddie is doing Africa at school at the moment), so because of them they keep us on our toes and we learn something new every day. 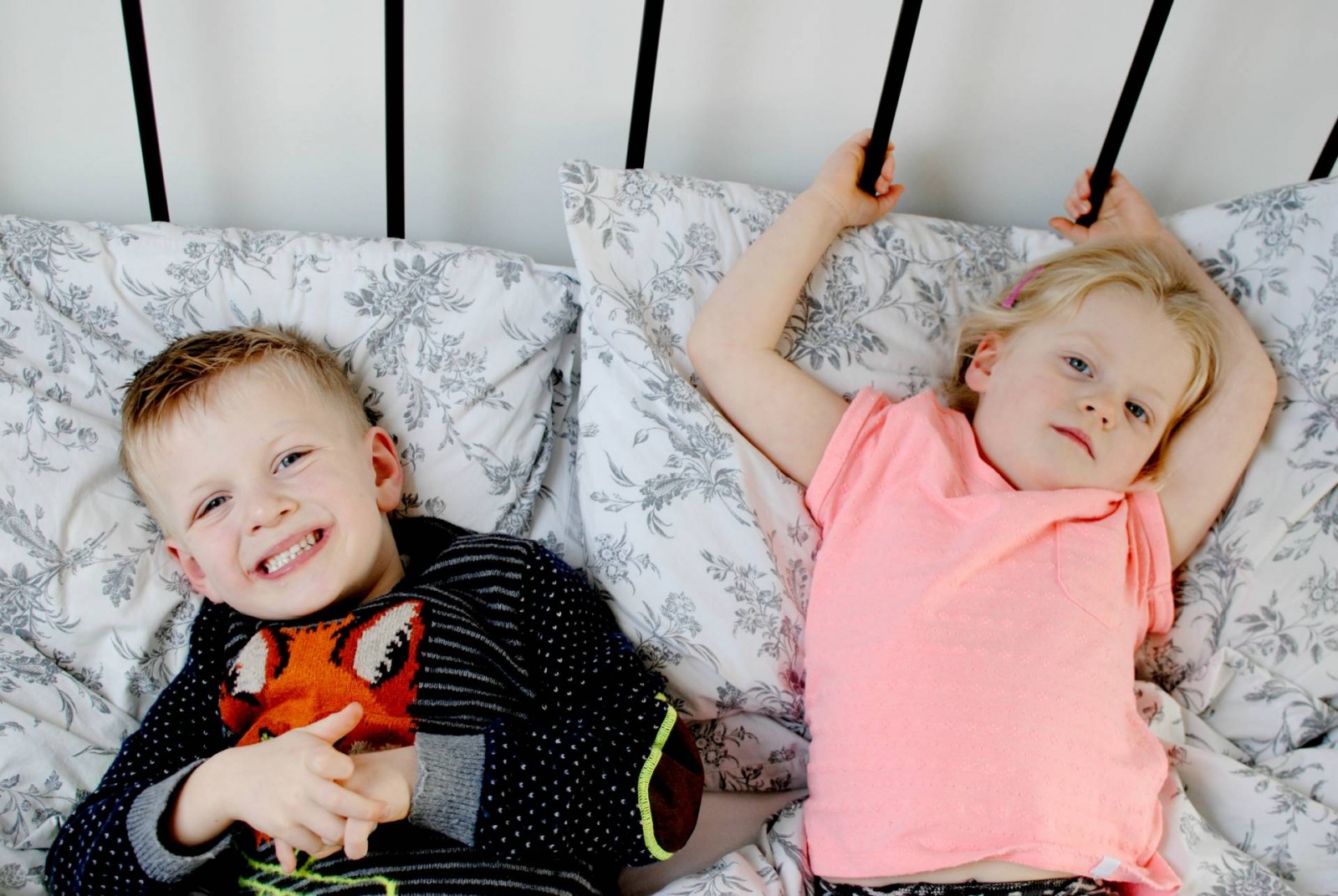 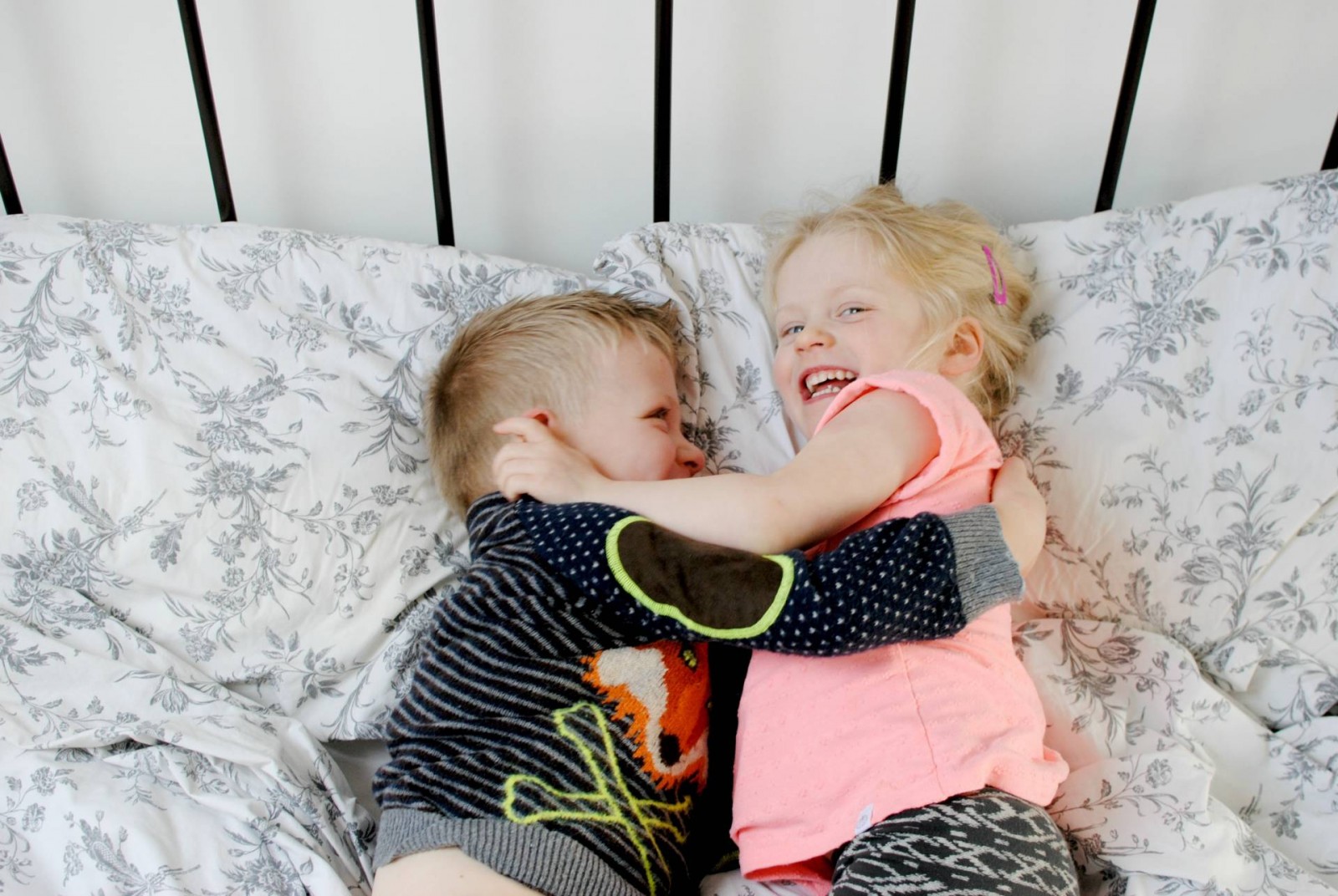 In terms of their relationship right now, they are still extremely close (despite a healthy dollop of sibling fighting, verbal and, on occasion, physical). The fact that Freddie is at school now doesn’t seemed to have broken their bond at all (not that I thought it really would!), and I think some time apart has allowed them both to blossom in their own right, Sasha in particular at preschool. 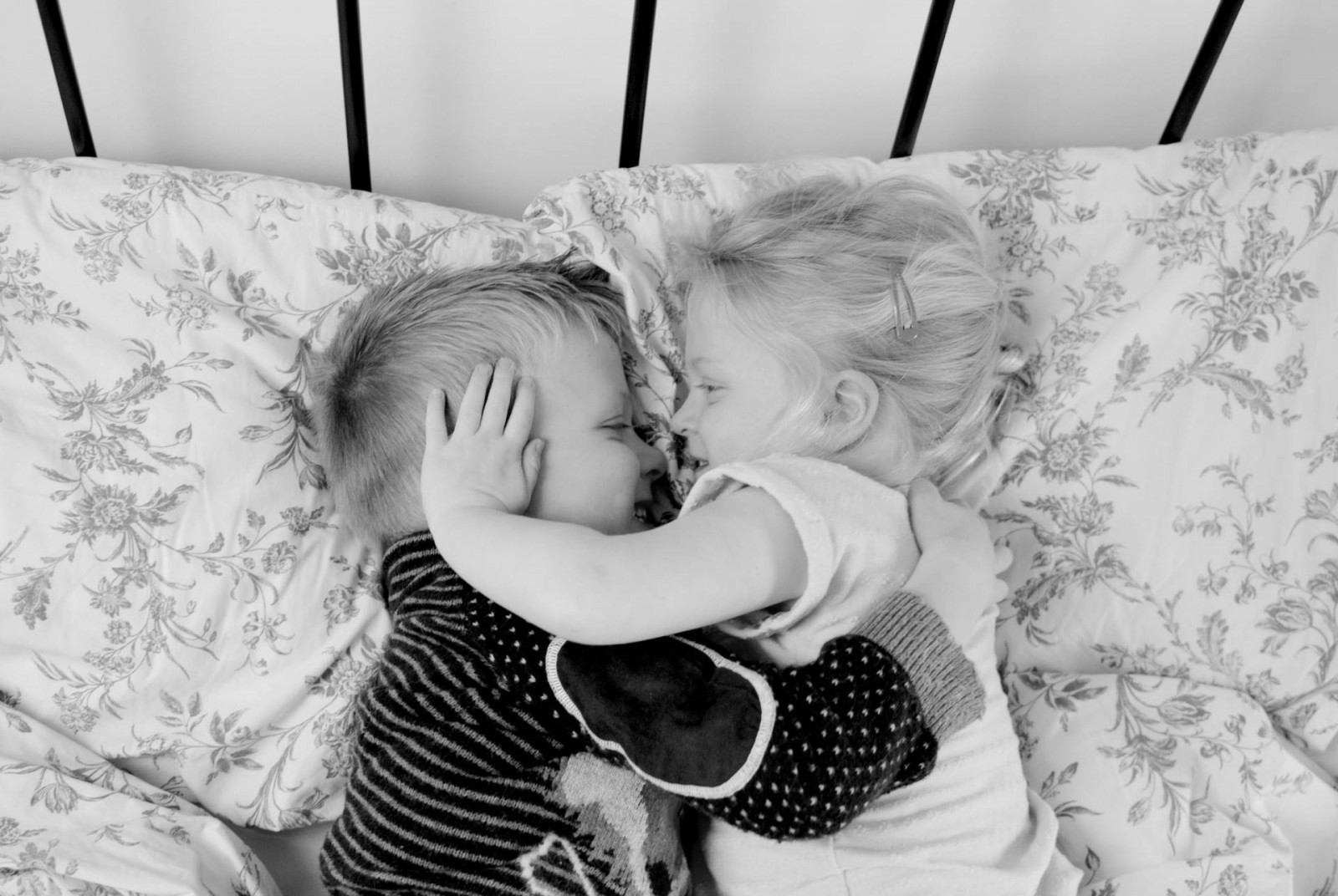 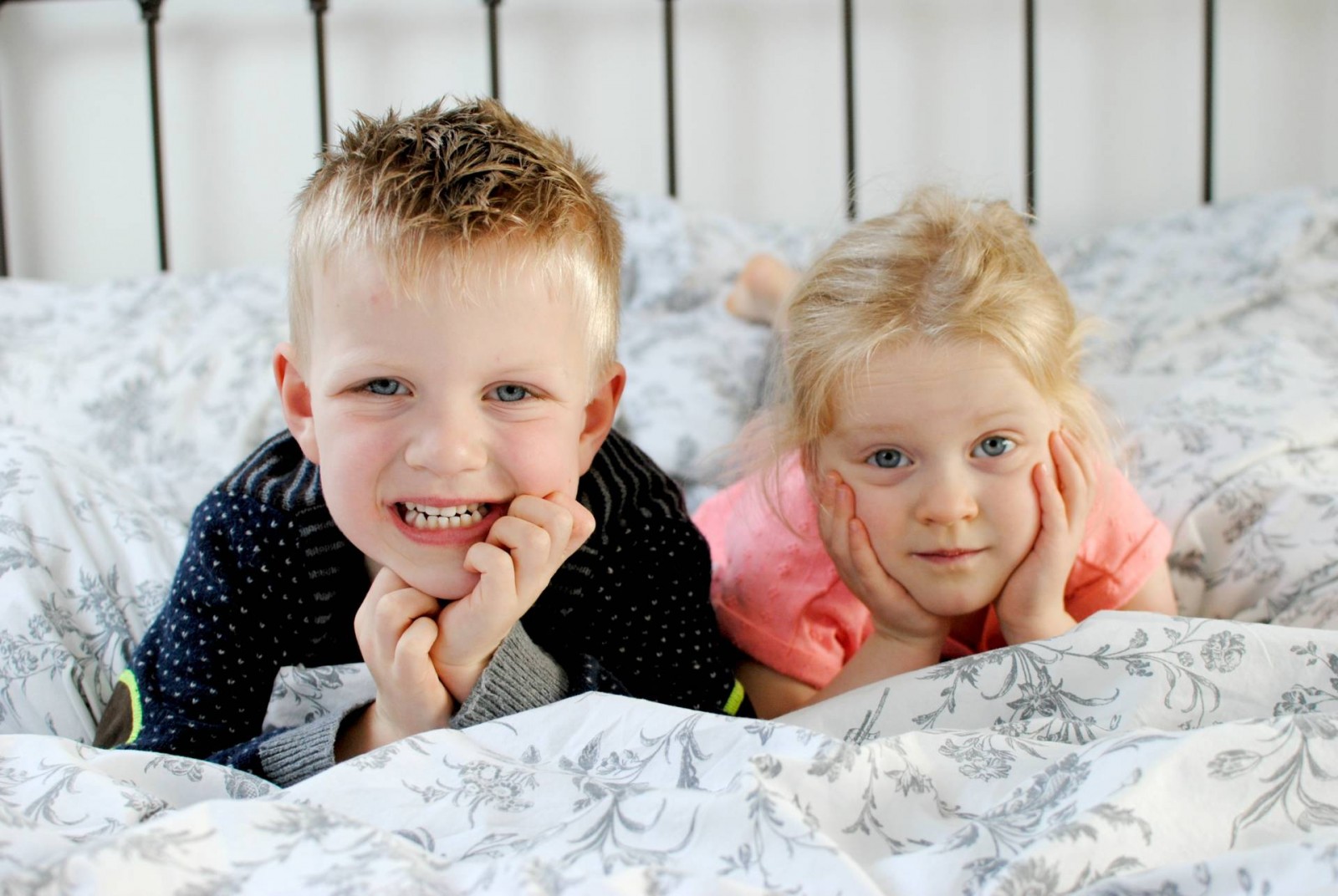 Despite the hard work of the toddler years when you have a 15 month age gap, it really is paying off now, and they are spending increasingly longer amounts of time just together, playing in the living room or their bedrooms without wanting or needing us. Which makes me a little sad sometimes, but also has meant that there is a small semblance of life pre-children emerging, with the opportunity to now sit down and read a book, watch a programme or write a blog post (steady on!) when they’re around a very real one. Having said that, we still do play a lot together, and I secretly love participating in their current Playmobil obsession! 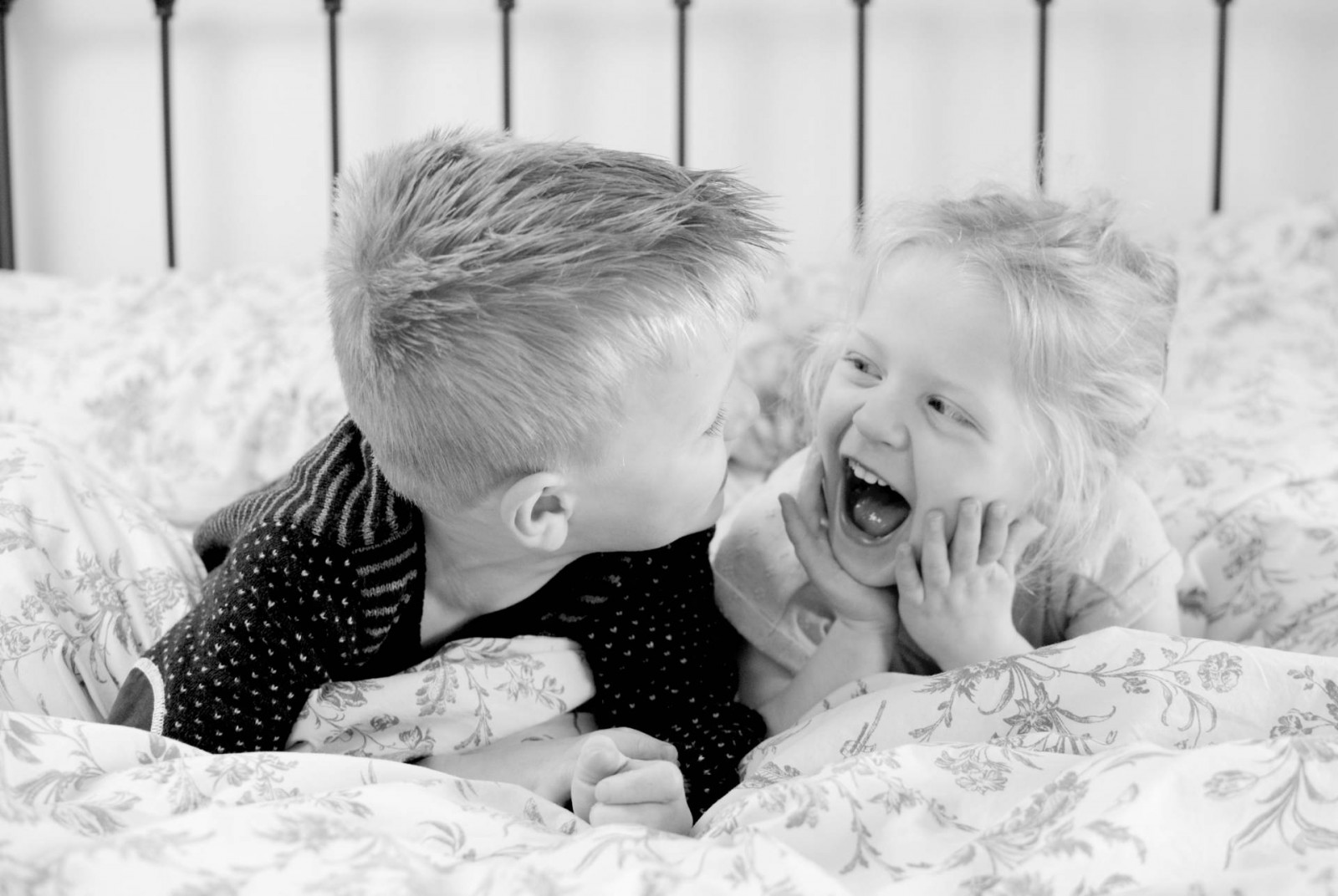 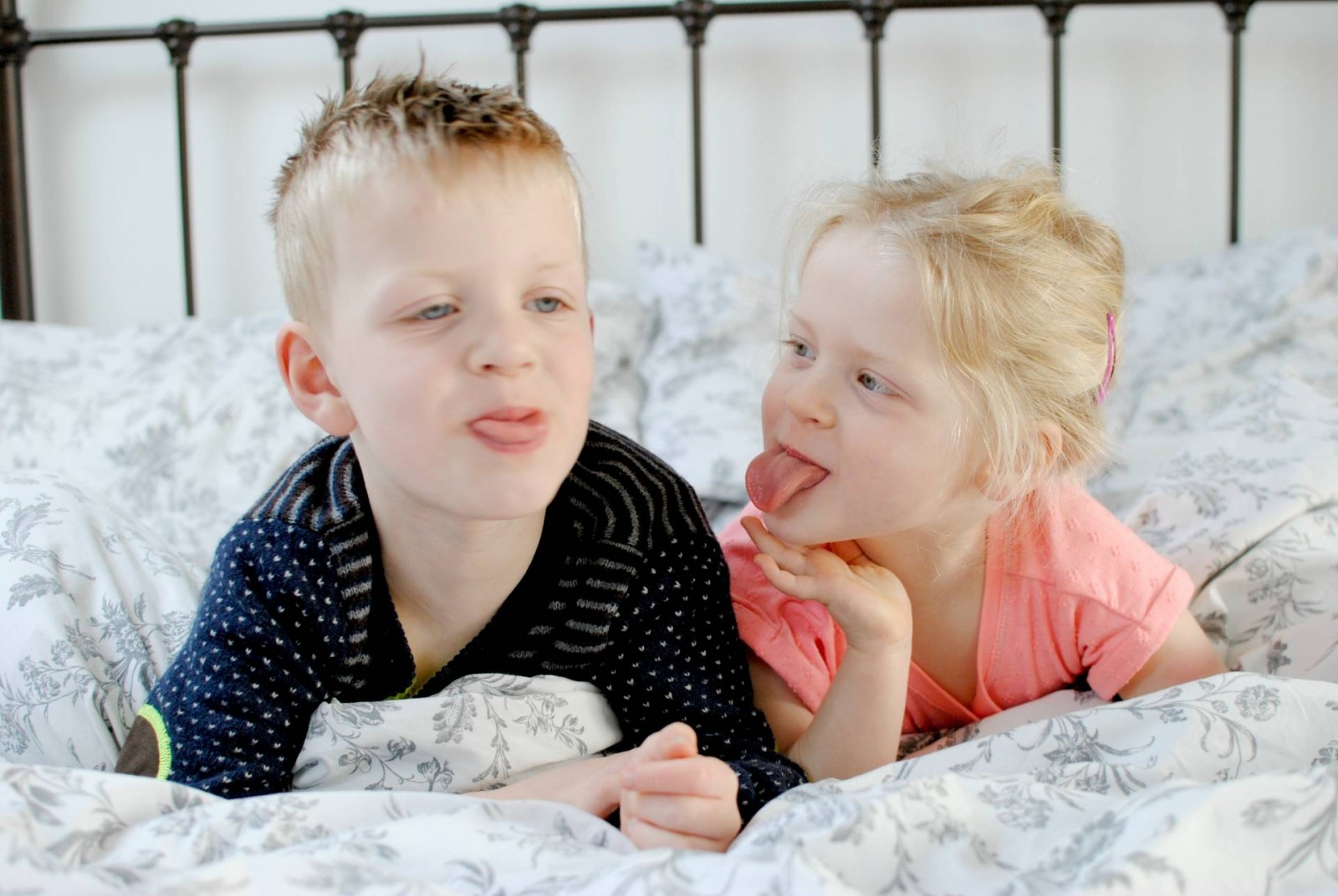 Looking at these photos, they remind me how much S looks up to her brother. The constant adoring glances in his direction, and if we’re out and about, she’s very rarely far from his side. She wants to do everything that he does, and as a result is writing the same as him, and is learning to read, again, because of him and sitting in on his reception homework. When the chips are down, he is incredibly protective of his little sister, and being so big for his age, he now can now pick her up and carry her – terrifying when it’s demonstrated at the top of the stairs! 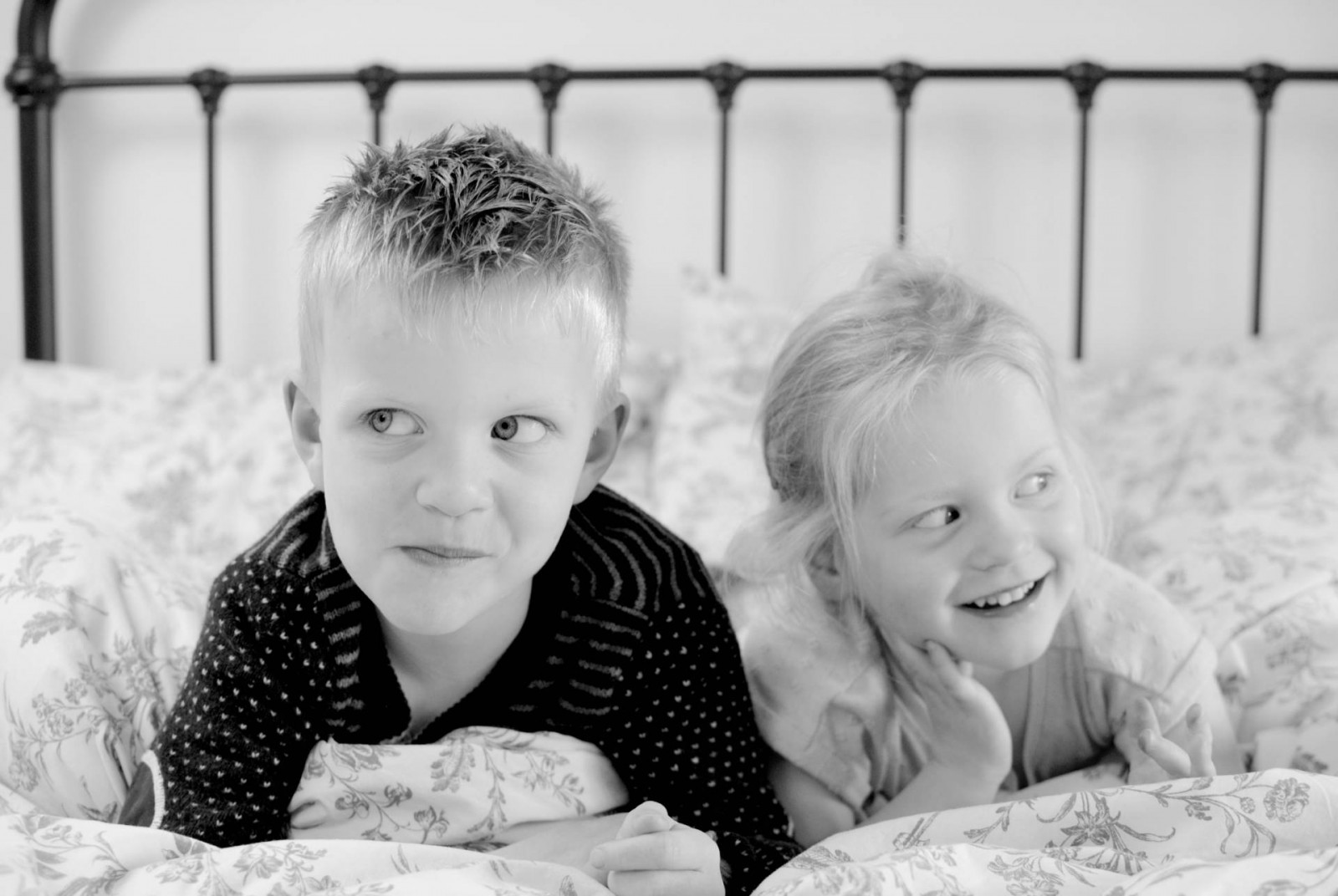 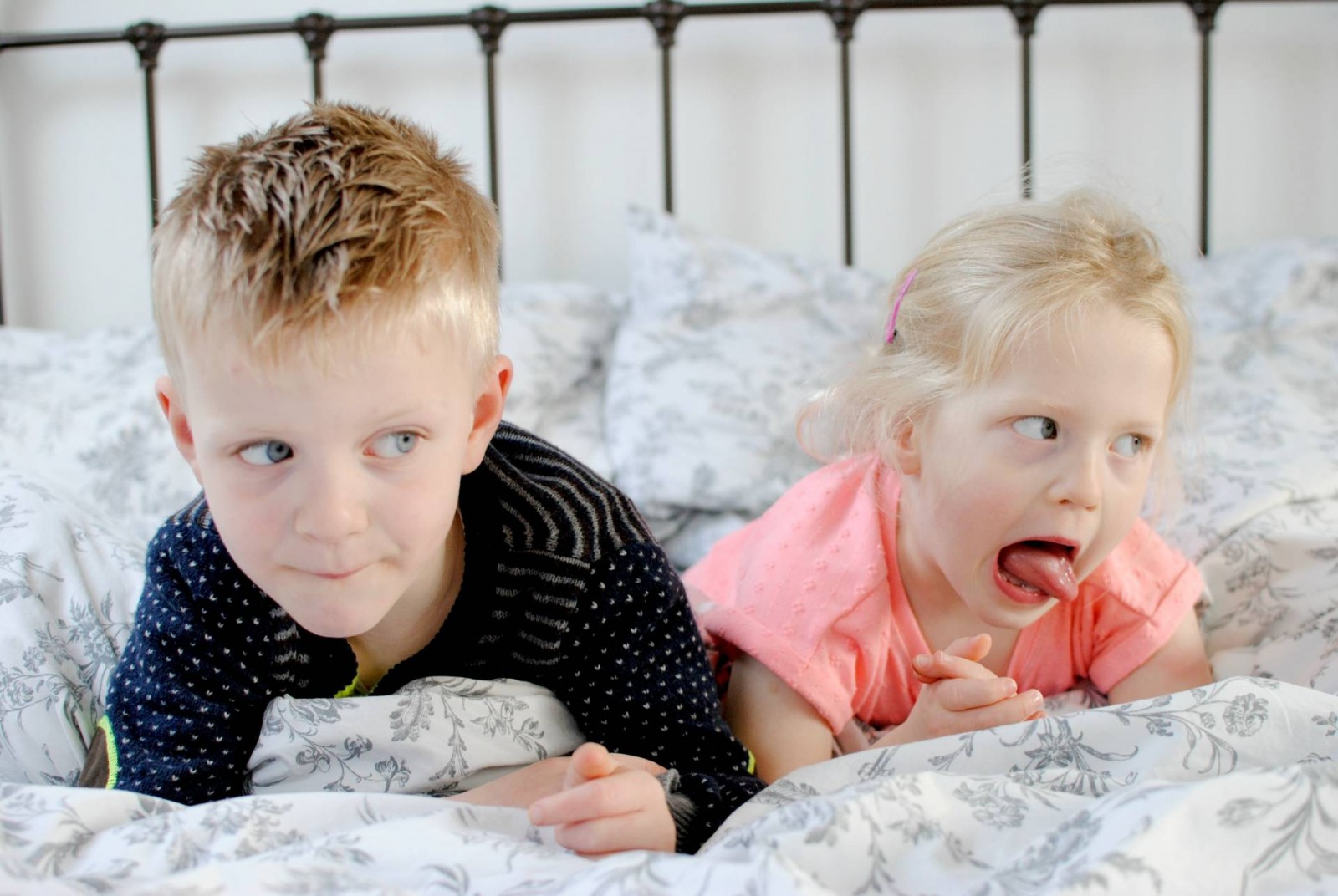 Whilst they get on very well and have lots of the same interests, they don’t half know how to wind each other up. Sasha knows that deliberately ignoring her brother has a powerful effect, and definitely thinks a lot more about annoying him than he does with her. I don’t usually like to stereotype, but maybe it really is a female manipulative thing?! Boys do seem a lot simpler overall! As someone with brothers 8 and 10 years older than me, I’m not used to the squabbling and the intensity of their relationship, so it’s a big learning curve for me, but one I wouldn’t change for the world.

S will follow her brother to school this September, and we can’t wait to see how their relationship grows and changes over the next year or so!