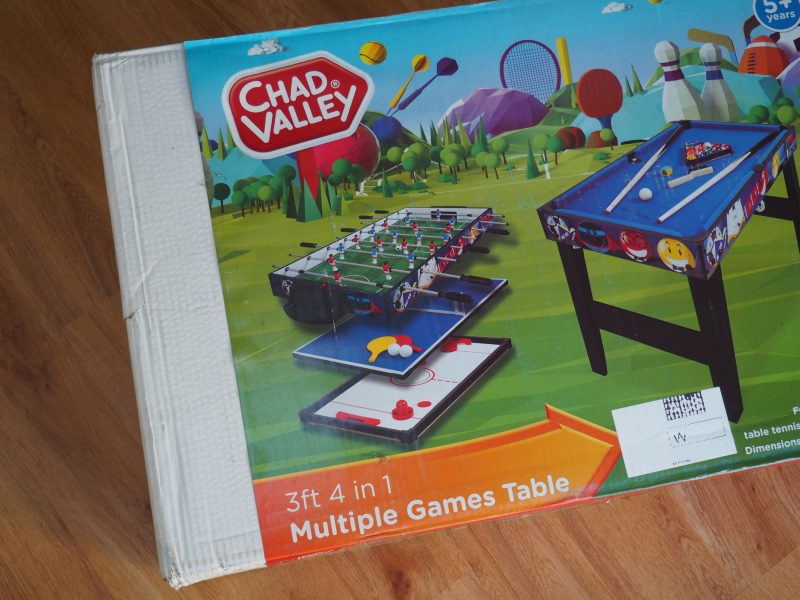 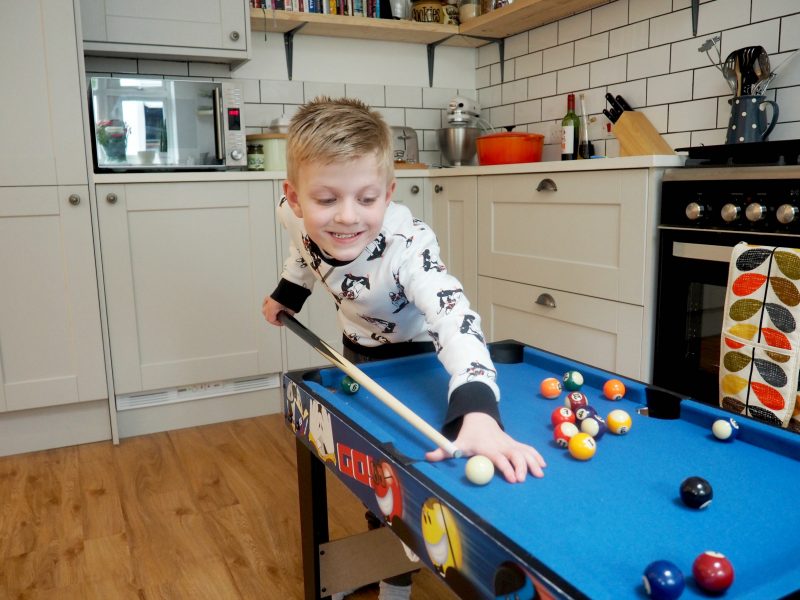 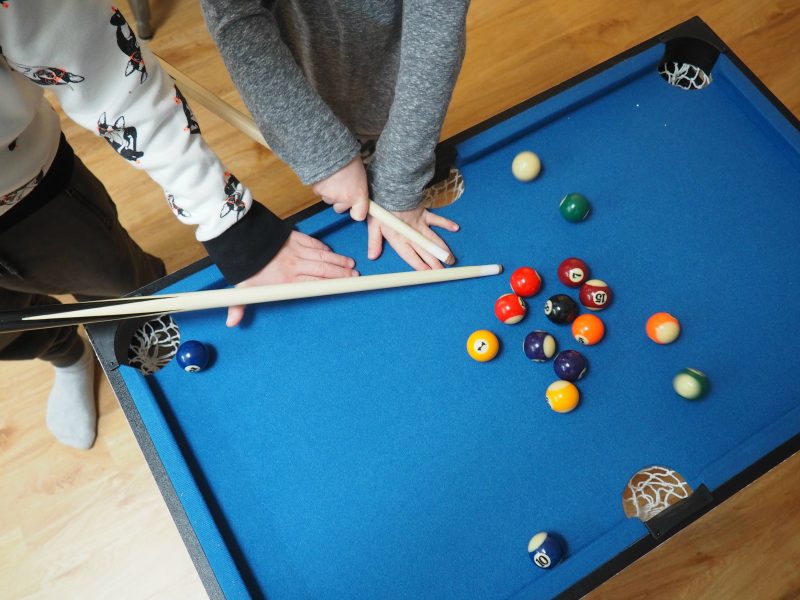 As we were living at my in-laws at the time due to building work, we couldn’t actually get it set up straight away. However, now we’ve been back in our house a little while, the table is up in our new kitchen/diner space, and we’ve been having a LOT of fun with it!

I’m not going to lie, when this was sent to him I did the inward parent sigh of “where the hell is it going to go?”, but actually once it’s set up it doesn’t take up half as much room at you might think it would do.

As someone who is already loving his sports, the multi game table is perfect for a child to have a go at everything- pool, table tennis, air hockey and table football being the table sports to try. So far, Freddie has declared that pool is his favourite out of the four games, and Adam and I have been surprised at how quickly he’s picked up the game and the correct holding of the cue (even if he does try to cheat every now and again!). 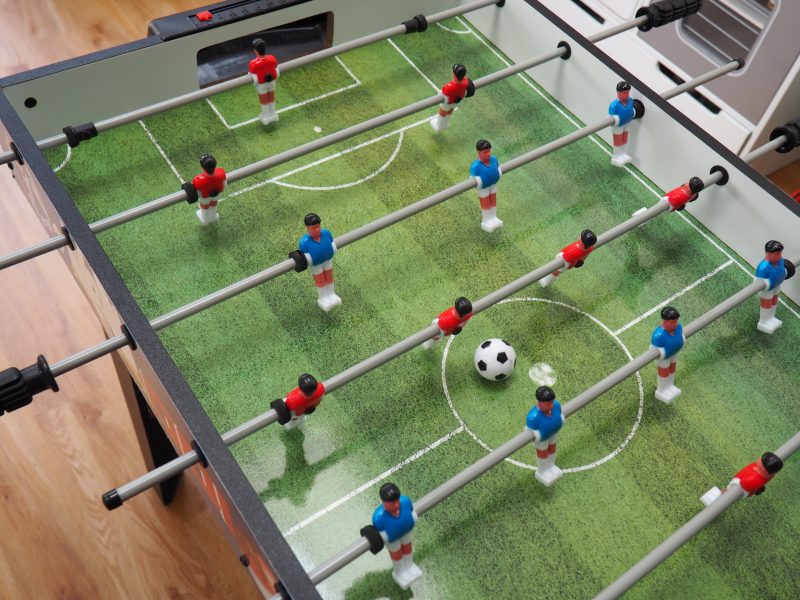 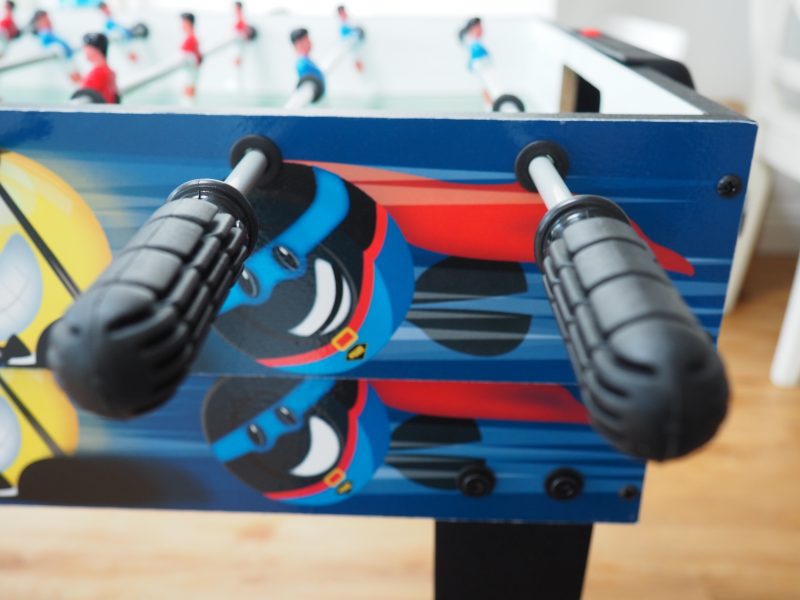 The multi game table took about an hour to put together (don’t do what I did and attempt this when you’re exhausted at 11.30pm!), but the instructions were clear and it was actually very simple to put together. Age-wise the table is aimed at children 5 and upwards, which I think it probably spot-on, as 4 year old Sasha is definitely a little small for the pool, although having said that, she’s a whizz at table football! Height-wise, I’d say that the table is perfect for children between 5 and 9, going by how Freddie looks against it now as a pretty tall just-turned-6 year old. 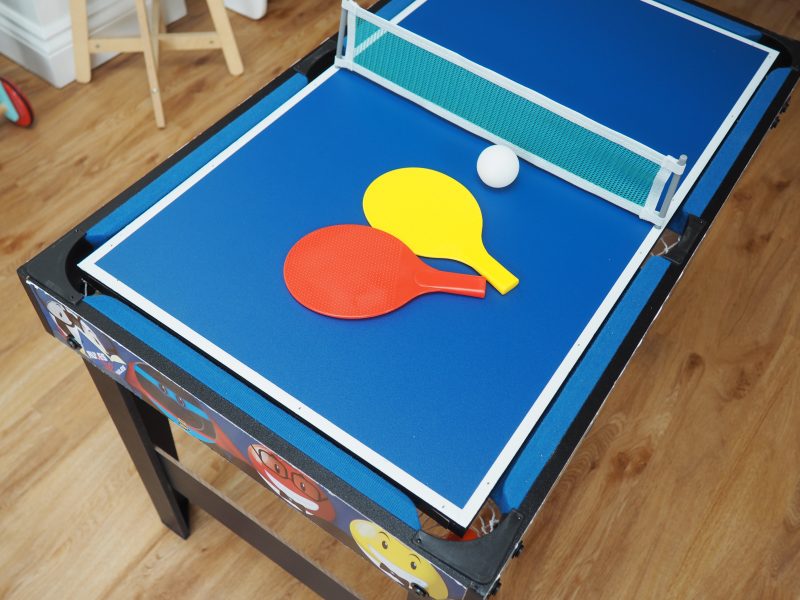 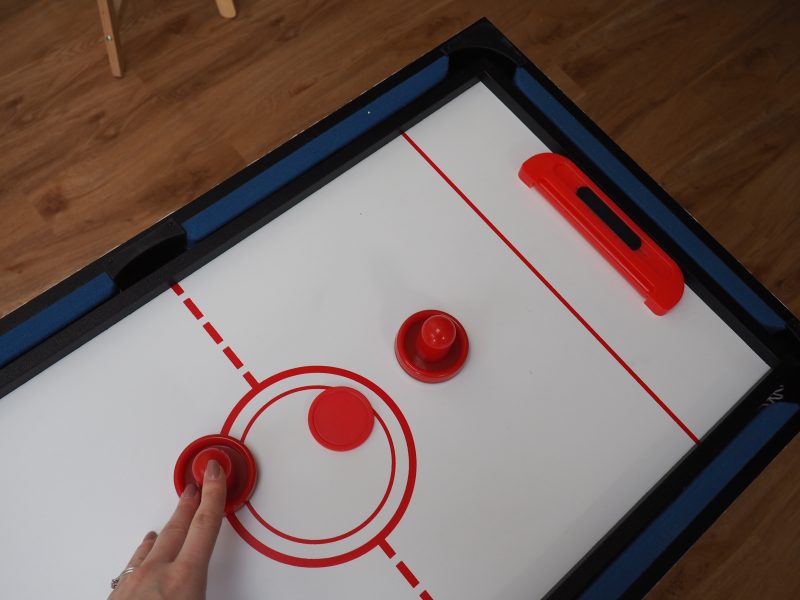 The table comes with a whole heap of accessories to go with each sport- table tennis bats, balls and a net, pool balls, triangle, cues and chalk, air hockey pucks, and a couple of footballs for the table football game.

What’s great about the table is that it really promotes fun and being sociable together as a family. Every time someone is in the kitchen, they seem to get roped into paying one of the games, and we always end up laughing lots!

I reckon it would make a great family/shared present at Christmas for siblings who seem to have everything, and gets a big thumbs up from Freddie and the rest of us Freemans!

To celebrate the start of spring, and for the chance for you to perhaps treat your little ones to a Multi-Game Table of their own, I have a £75 Argos Gift Card to giveaway today!

Simply fill out the Rafflecopter widget below using as many options as you’d like.

Terms and Conditions: Competition closes at 11.59pm GMT on Sunday 30th April 2017. Entries received after this time and date will not be valid. Giveaway open to UK residents only. Entrants must be 18 and over. Winner will be selected at random via Rafflecopter after the closing date and will be notified within 5 days of competition end. Only entrants received via the Rafflecopter widget will be considered valid. The prize is a £75 Argos Gift Card- no cash alternatives to the stated prize will be offered. 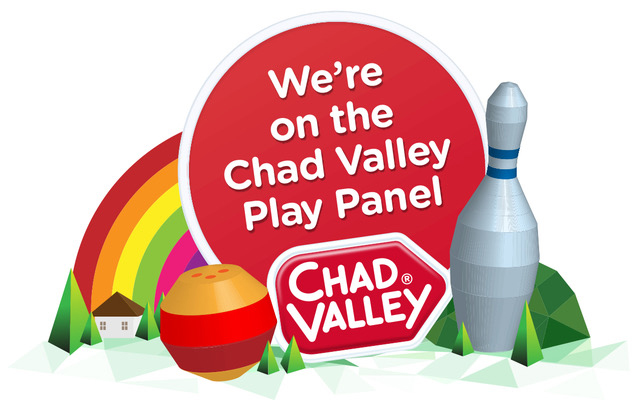 Disclosure: This review is in collaboration with Argos however all opinions are our own.