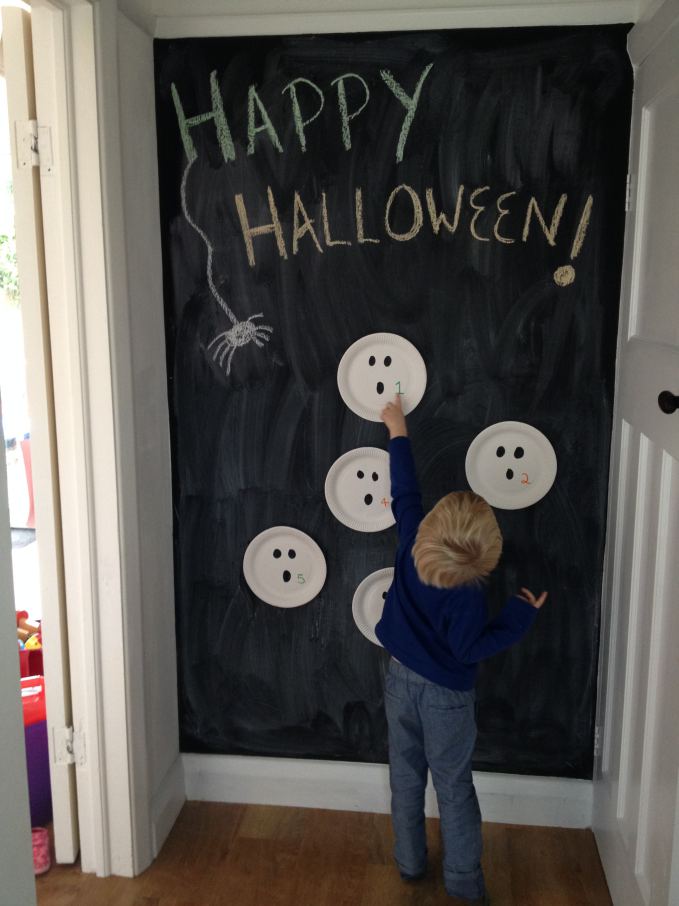 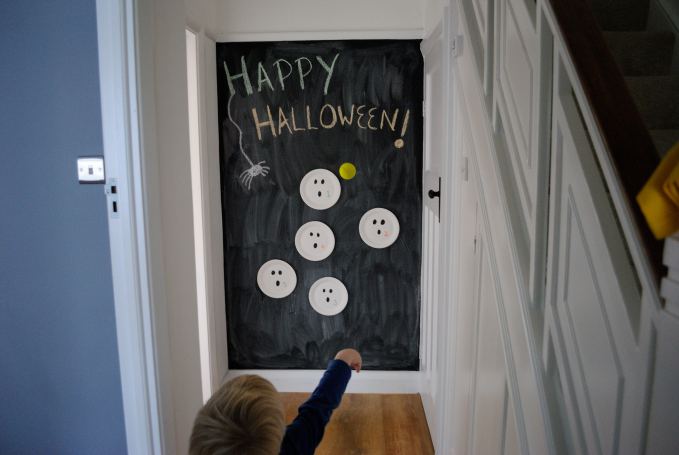 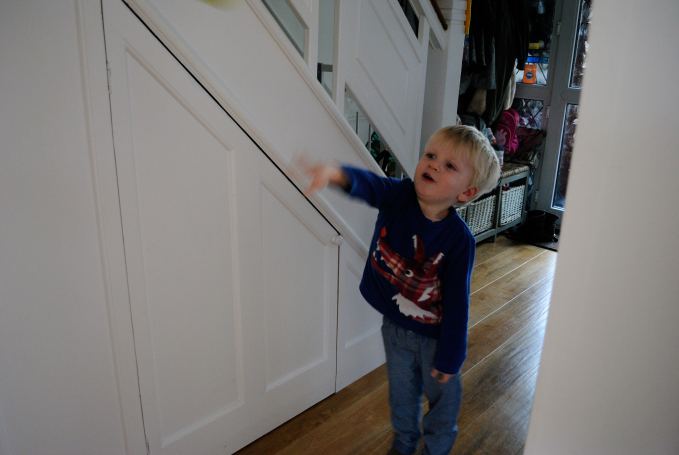 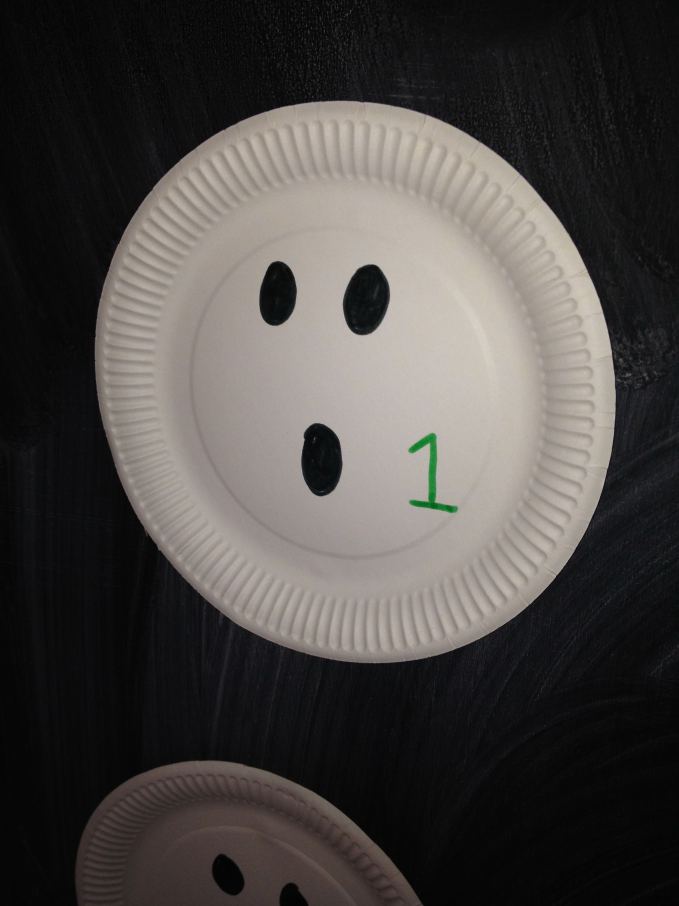 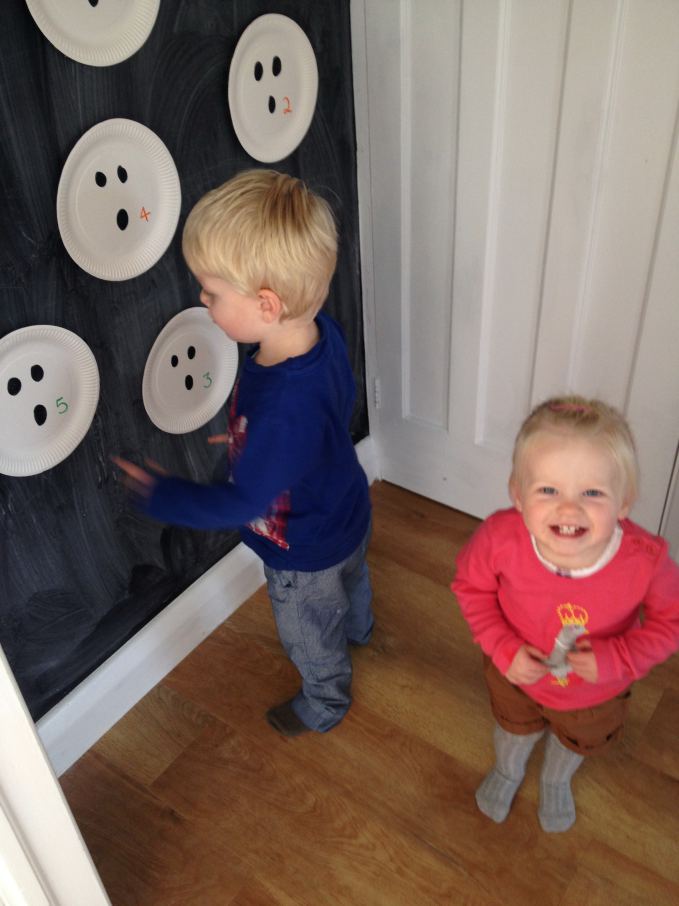 This ghostly activity combines numbers with throwing/burning off some energy- perfect for when you’re stuck indoors and the weather is crap, or would be great at a Halloween party for little ones. Just make sure there is nothing breakable around! I had seen people make ghosts out of paper plates before, and was inspired to go one further.

I took 5, white paper plates (although you could use more), and drew the ghost faces onto each one with the black felt tip pen.

On each plate, I then wrote a different number from 1-5 with the coloured pens.

Using a blob of bluetack, the plates were then stuck onto our chalkboard wall (in no particular order).

Freddie and I then stood a short distance away, and where I would shout out a numbered ghost that he had to look for, then throw the ball at.

Fred thought this was hilarious, as did Sasha, who was watching!

This is a great game for number recognition, especially as I had placed the numbered ghosts randomly onto the wall, so Freddie really had to hunt for the numbers before he threw the ball.

With a slightly older child, you could suggest a number total i.e. 21, and they would have to throw the ball to different numbered ghosts, adding up in their head, in order to reach that figure.

This has definitely been a bigger hit than expected in our house, and the game is still up there today. So easy to do too!