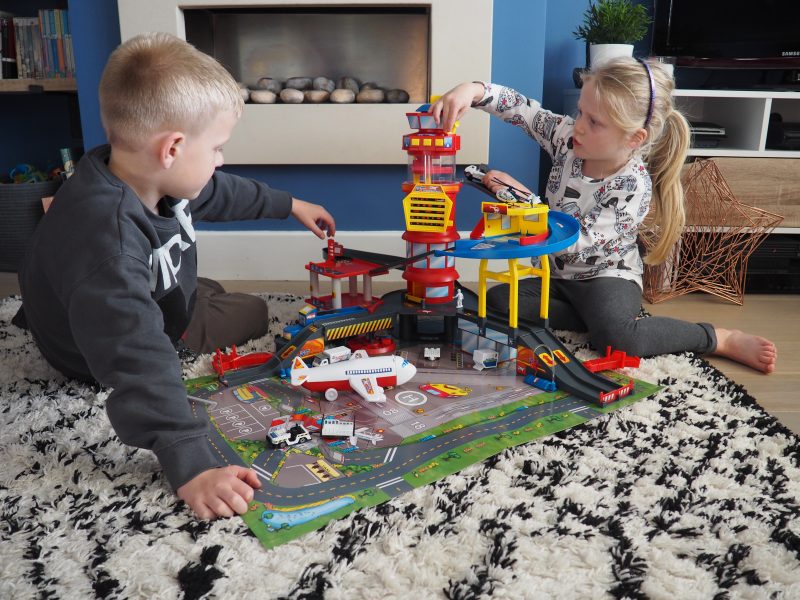 Evening all! I am so excited that Freddie and Sasha have once more been invited to be part of the Chad Valley Play Panel again over the next year, and they’re looking forward to road testing a few more toys so readers can find out what they’re really like. I said before that I grew up with Chad Valley toys (I adored my play Post Office), and Freddie and Sasha are so lucky that they’re getting to experience once more what this household name of a toy brand have to offer.

Chad Valley toys are available exclusively at Argos, and with that in mind and because Christmas is coming, I’m giving you the chance to win a £75 voucher to spend there at the end of this post- hurrah!

First up though, my eldest two are going to show you the Chad Valley Airport Playset that they were sent the other week and have been playing with it ever since. It helps that Freddie is airplane mad so this was VERY welcome by him, but also S has actually really enjoyed playing with it sometimes independently of him which has been lovely to see- it’s definitely not just a ‘boys’ toy as I suspect some people may think but it couldn’t be further from the truth. 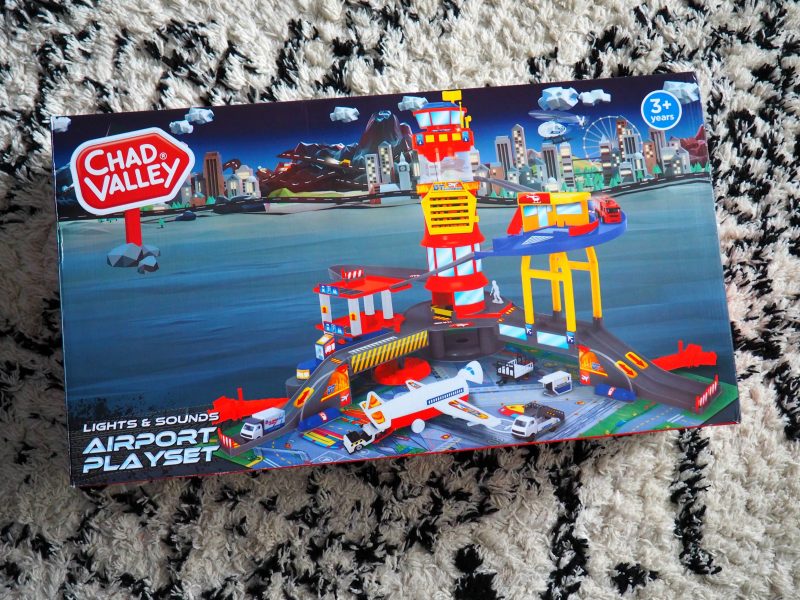 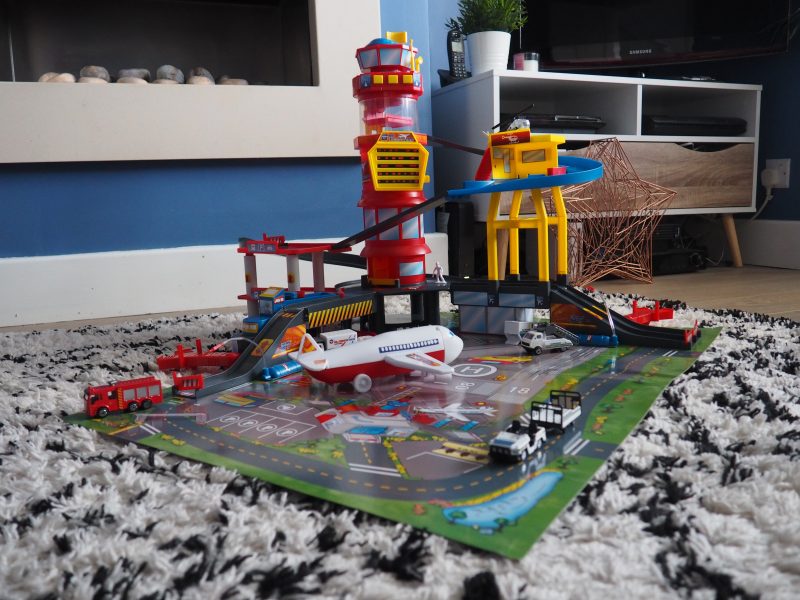 I decided to put the airport together when the kids were at school and the baby was napping. On getting everything out of the box, I admit all the pieces looked a little daunting and I wasn’t hopeful that I would complete set up before Arlo woke up, but thankfully everything was straight forward. The instructions are a clear step-by-step guide and I was also guided by the picture on the box. I timed myself setting it up, and it took just under an hour, including putting stickers on carefully.

I was really impressed with the level of detail that has gone into this playset, and you can see examples of this in the photos below: 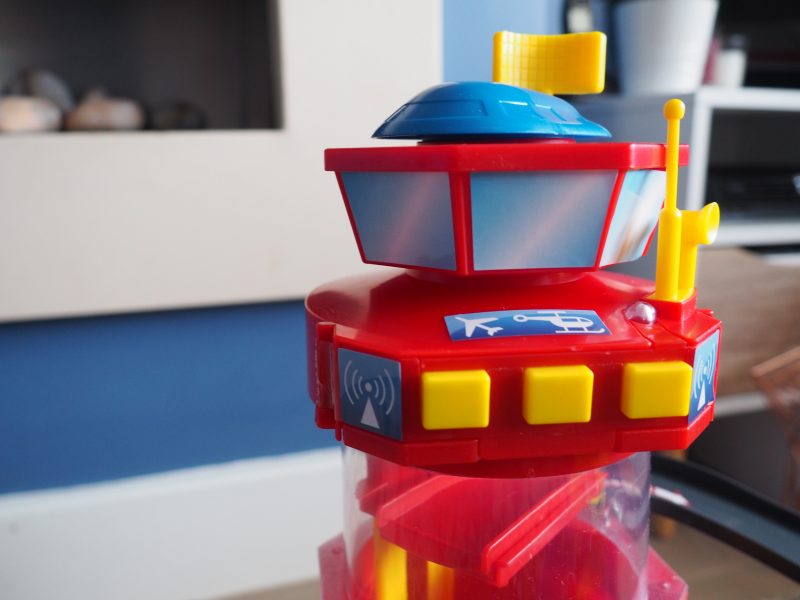 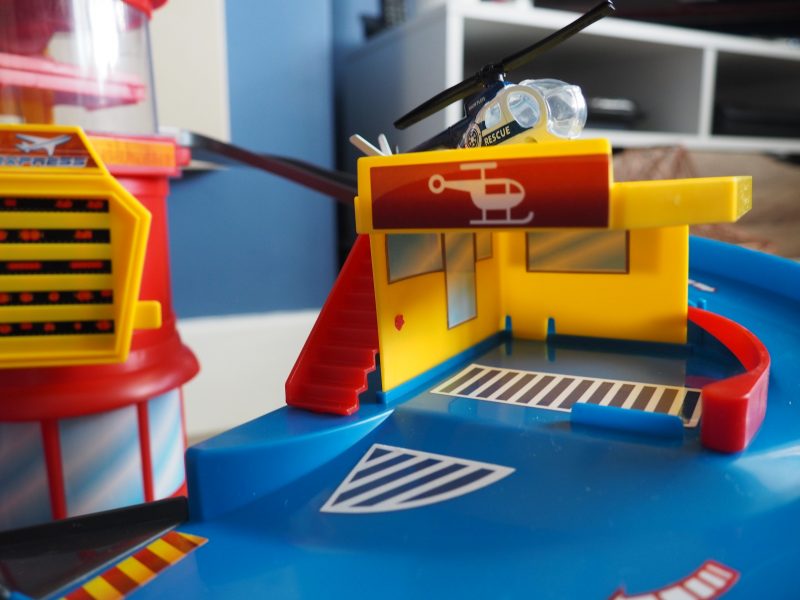 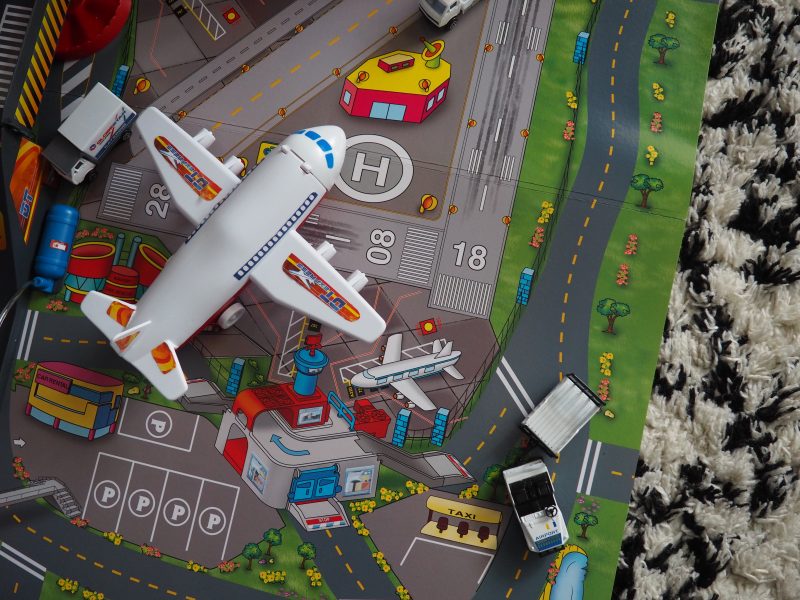 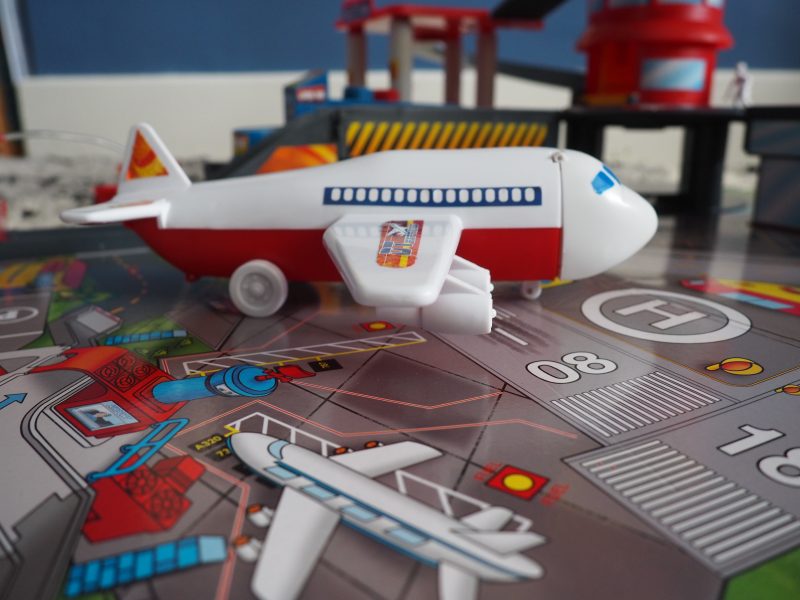 When the children came home on the Friday after school they were delighted!

I watched them play with it for ages, and asked them what they liked the most about it.

Freddie said that he liked the lift for cars and the car parking spaces as it made it feel like a real airport. 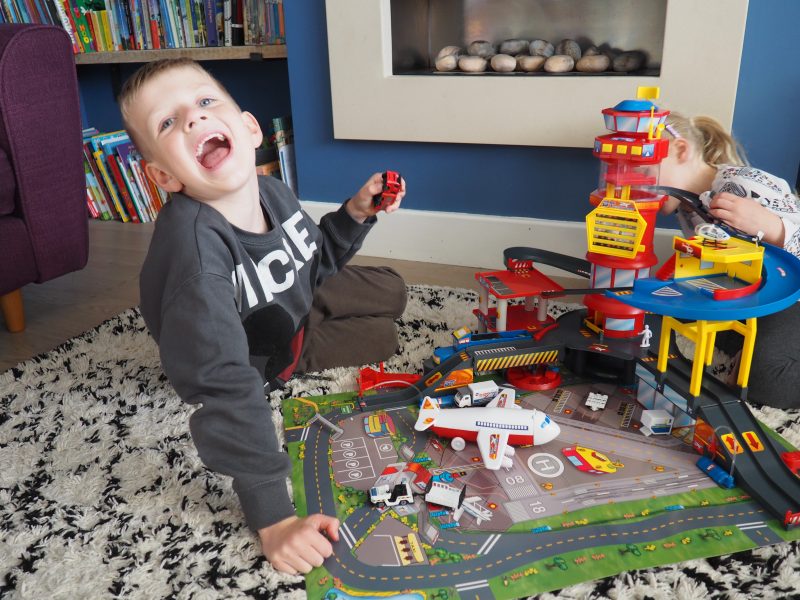 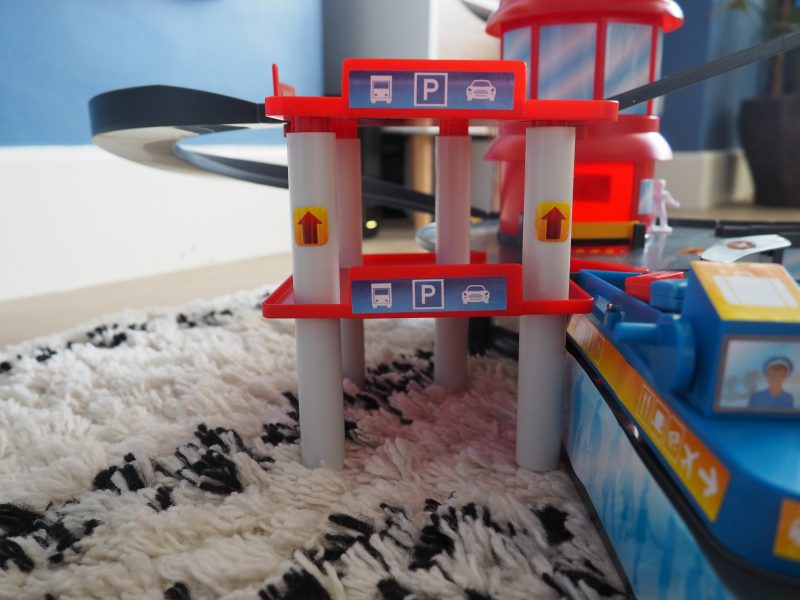 Sasha loved the baggage conveyor belt and the mini suitcases that went with it. 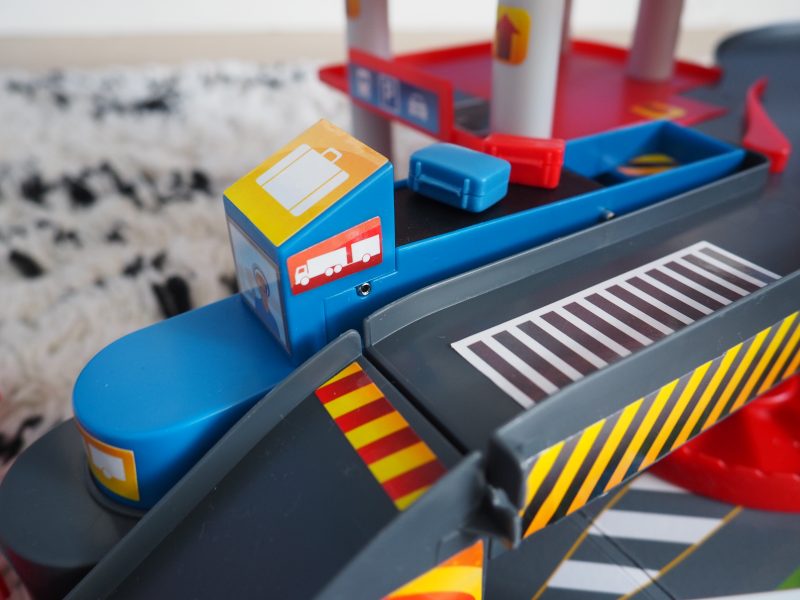 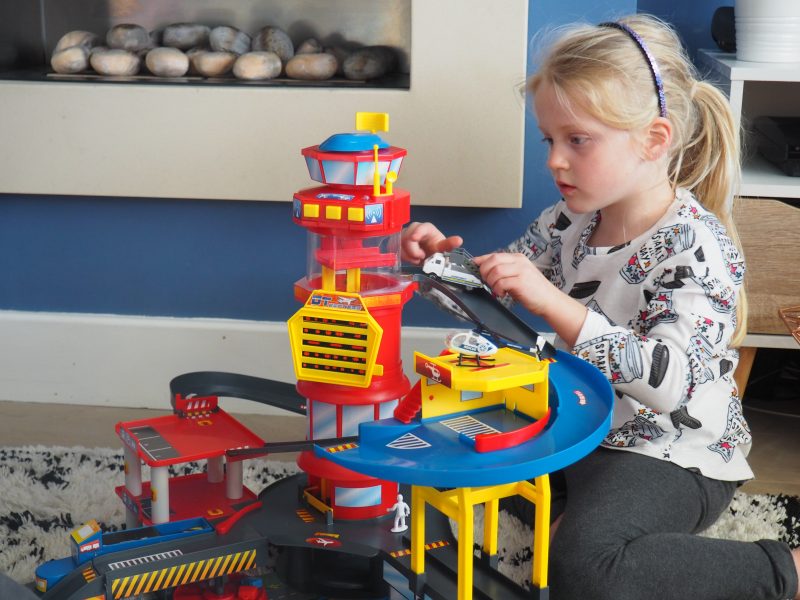 The set was nice and sturdy, sturdier than it looks in fact, and once you’ve set it up once it’s very easy to take down and store away until the next time it’s played with. If I had one criticism it would be that it would perhaps be nice if it came with more than one plane, but luckily Freddie has a decent toy plane collection that could be used with it if desired! 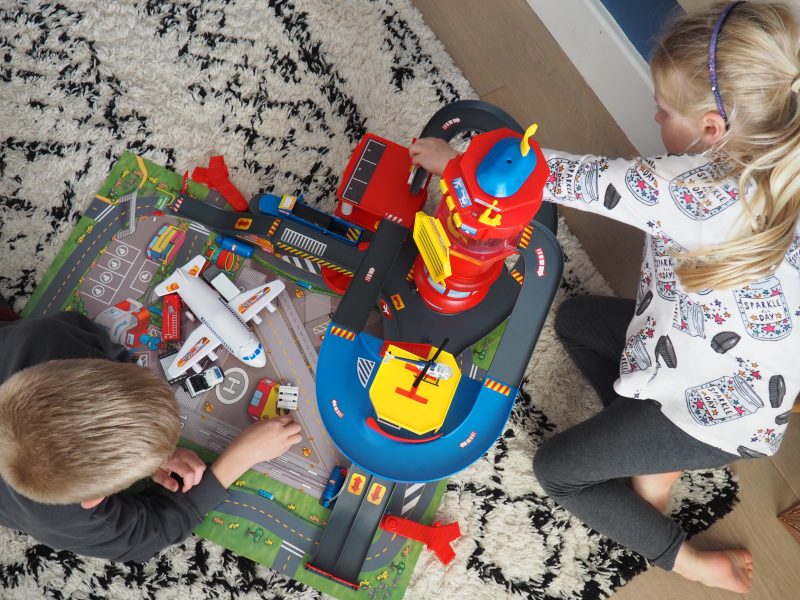 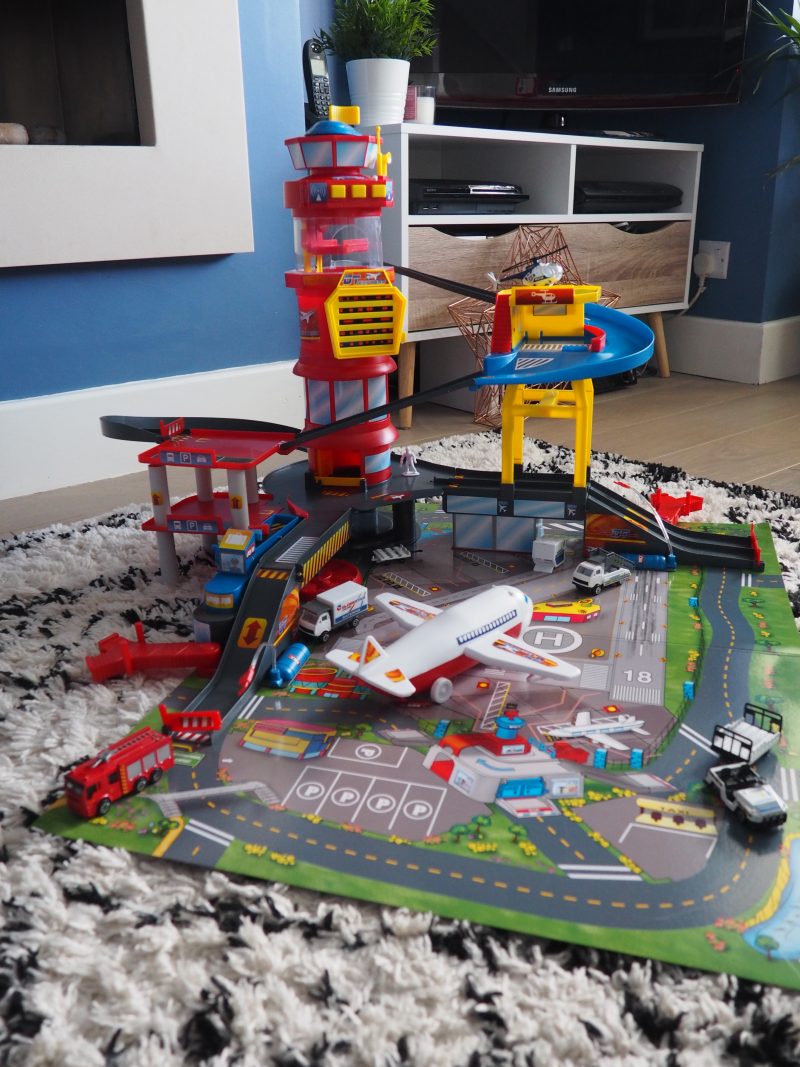 To be in with a chance of winning a £75 Argos gift card so you too could shop for your own airport or other Chad Valley Toys, please fill in the Rafflecopter widget below using as many options as you’d like. I have another giveaway for an Argos gift card coming in December, so watch this space!

You must be a UK resident to be eligible for this competition. The prize is a £75 Argos Gift Card, no cash alternatives to the stated prize will be offered; Entrants must be 18 years and over. Competition ends midnight on Sunday 26th November 2017. Winners will be notified within 5 working days.