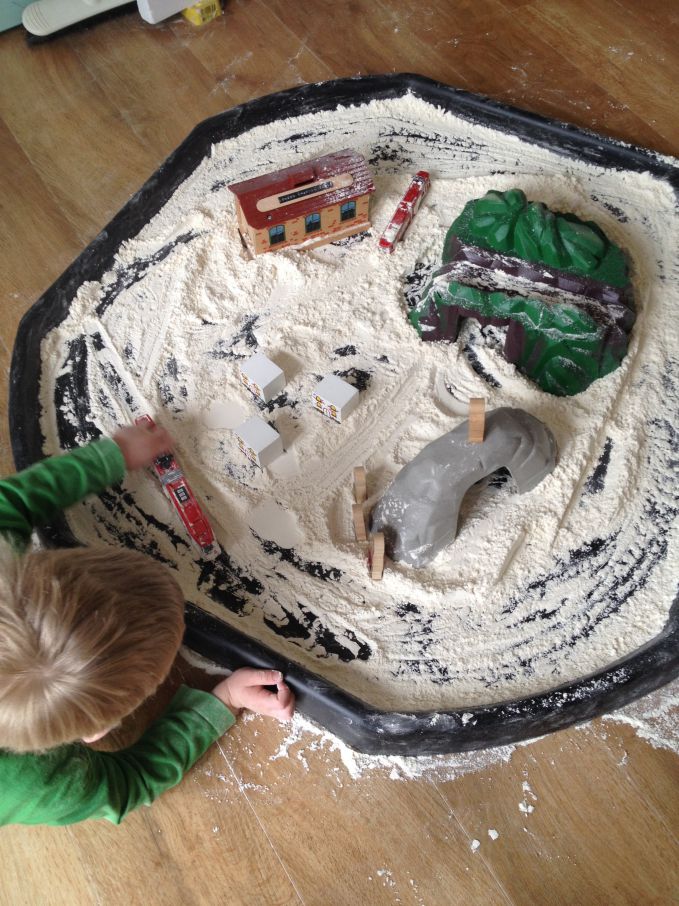 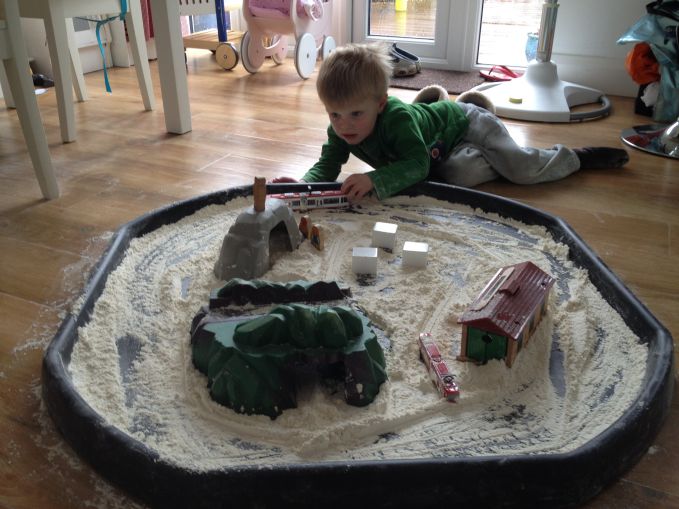 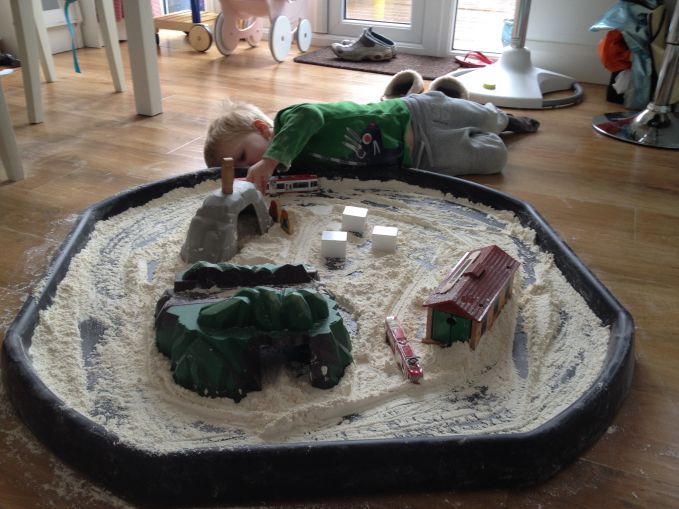 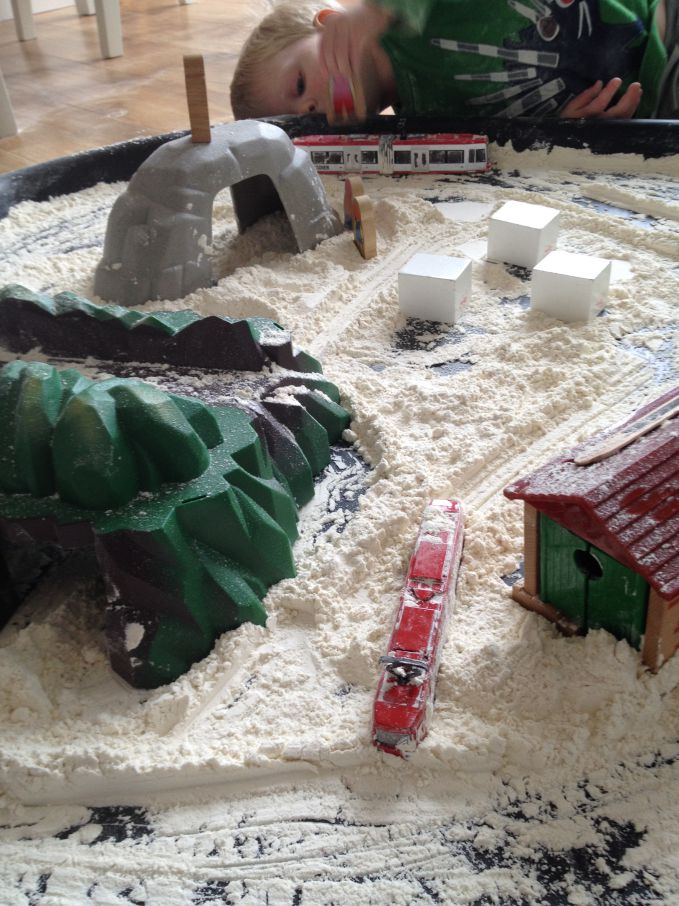 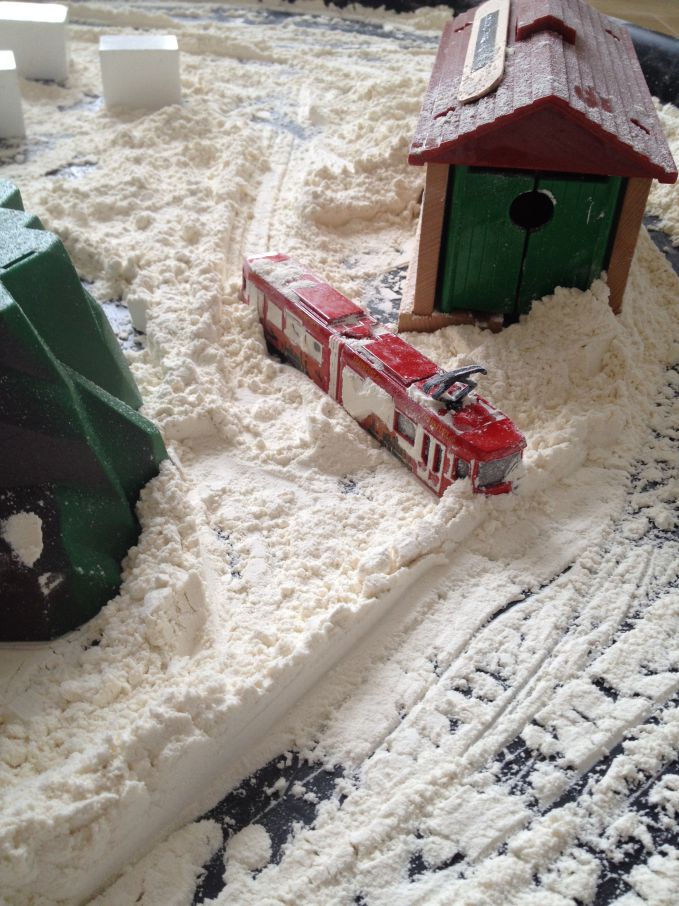 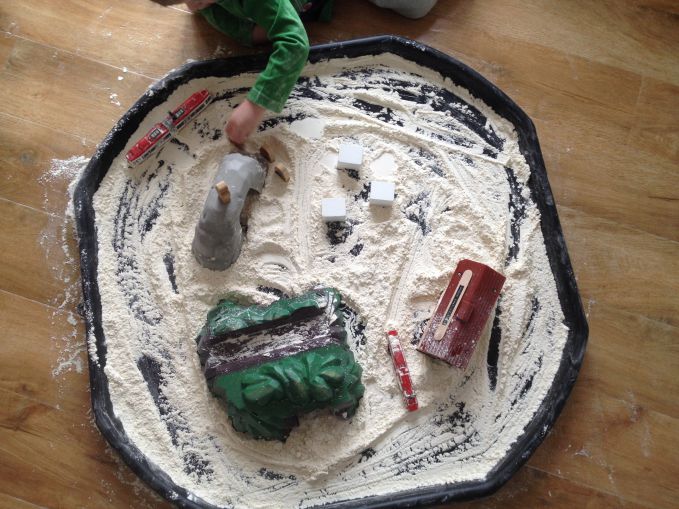 For aaaaages now, Freddie has been pretending that he is driving his toy trams ‘through the snow’, after viewing probably one too many You Tube videos of the Croydon Tramlink during winter.

So, what better way to make the smallest man in my life happy, than to bring his tram-loving imagination to life the best I could?

It started by bringing out the cement-mixing ‘tuff spot’ tray that I’d picked up from a building store a while ago, and filling it with flour (Sainsburys basics, 50p, so makes this activity super-cheap, for hours of entertainment!). As well as the trams, I then added some of Freddie’s railway bridges and tunnels, plus a ‘tram shed’ and a few pretend people to liven the snowy scene up.

When Freddie came into the kitchen and saw my creation, he beamed for the longest time! Proper ear-to-ear grinning, that didn’t stop, as he pushed his trams around, making up stories, and marvelling at all the tram tracks he was making in the ‘snow’.

Now I’m not going to lie, this is a rather messy activity, but providing you don’t mind a good sweep/hoover up afterwards, then it’s really okay, just don’t get the flour wet! Our kitchen floor cleaned up well, although F was covered in the stuff!

A big thumbs up here, and a great one for a rainy day- Freds was engrossed all morning.