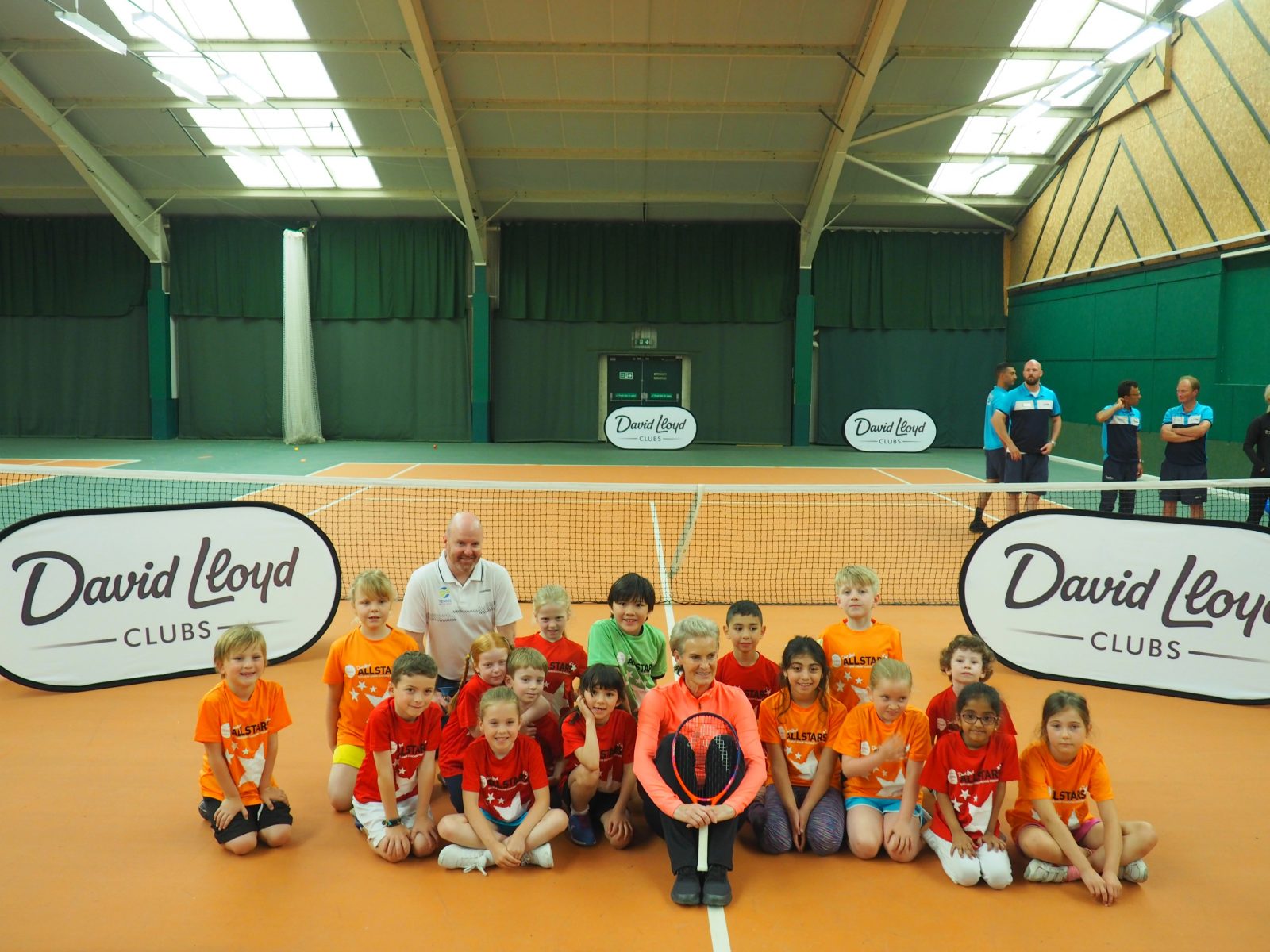 As a family who really likes our tennis, both playing and watching (well, me more watching in recent years), I was rather excited about the email that landed in my inbox, inviting Freddie and Sasha for a parent/child coaching session with no other than Judy Murray OBE. Known to many as ‘Andy’s Mum’ (yes, that would be THE Sir Andy Murray and world doubles champion brother, Jamie), that alone would be doing her a disservice, for Judy is a world-class tennis coach in her own right.

Judy is officially back as coach consultant to the UK’s leading health and fitness operator, David Lloyd Clubs. They’ve teamed up with Judy, who will be imparting her coaching expertise, passion and knowledge on to the tennis coaching team and juniors alike, enabling coaches and members to get the most out of playing tennis.

At 7 and 6, Freddie and Sasha have both played tennis at a local tennis club for 2 years now every Monday after school, and it’s a sport that they both enjoy, and continue to get better at together. It’s also a sport that so far seems to have equal appeal for both boys and girls, and our two play together in the same class quite happily. 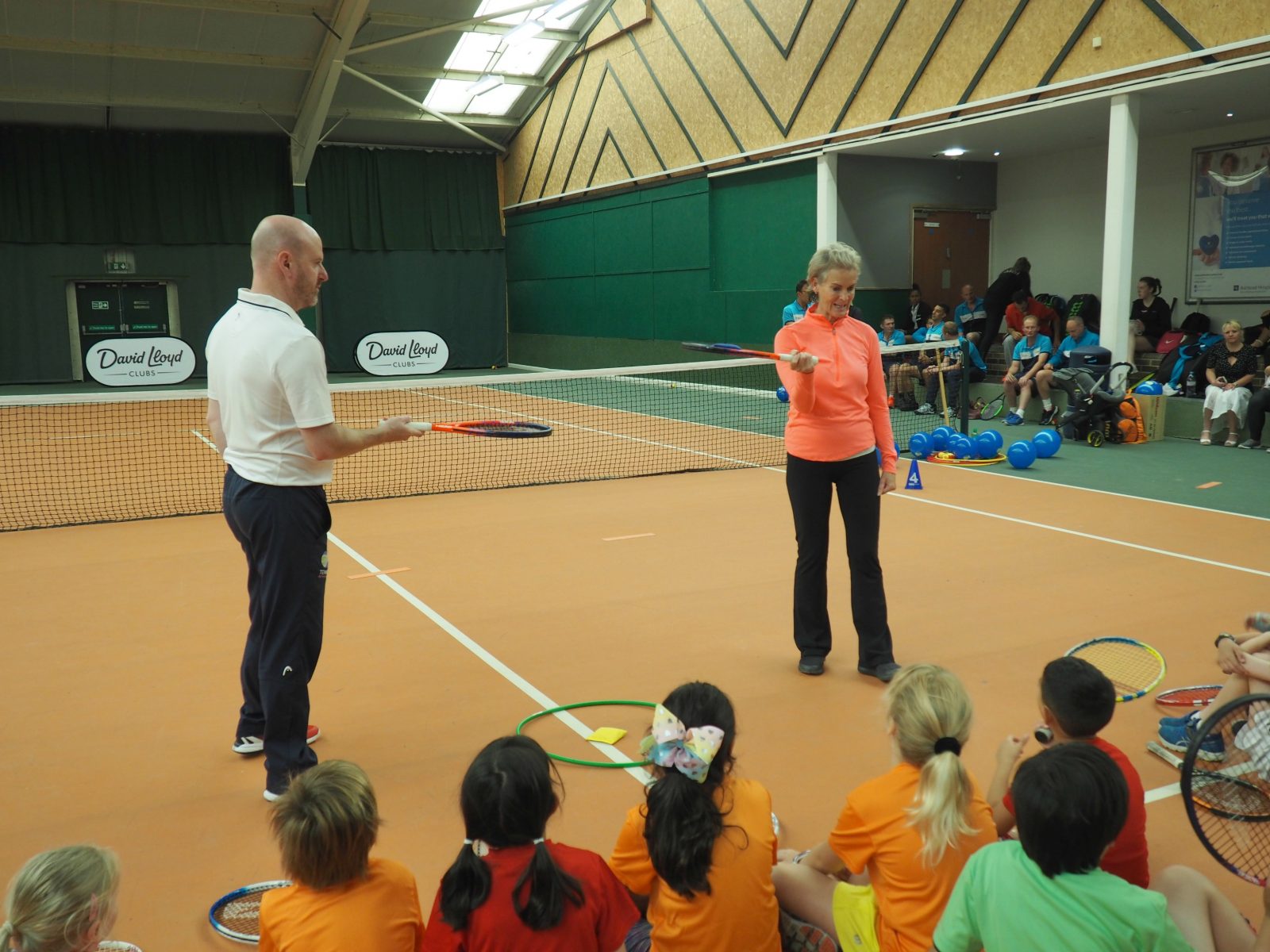 On arrival at David Lloyd Raynes Park, we quickly got acquainted with Judy and her assistant coach, Kris.

The children both spent their time working on important racket exercises and hand-eye coordination skills- I can confirm that it’s quite tricky to catch a bean bag between two rackets up high, but actually my two put me to shame and did so well! I did, however, show my competitive mum-side by being the joint winner of balancing a racket for the longest on two fingers *air punch* Don’t let anyone ever tell you I can’t bring something to the court when it comes to tennis… 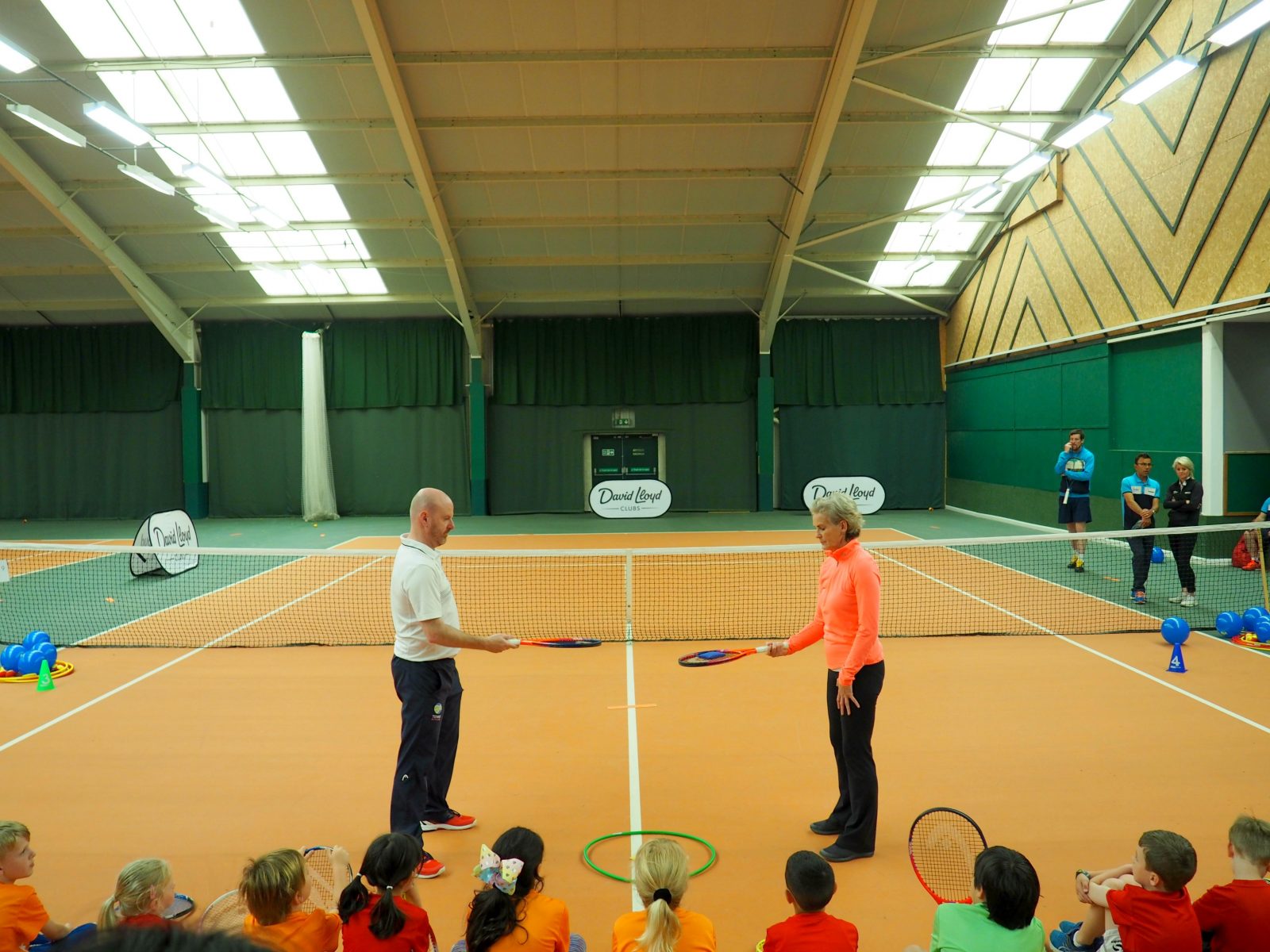 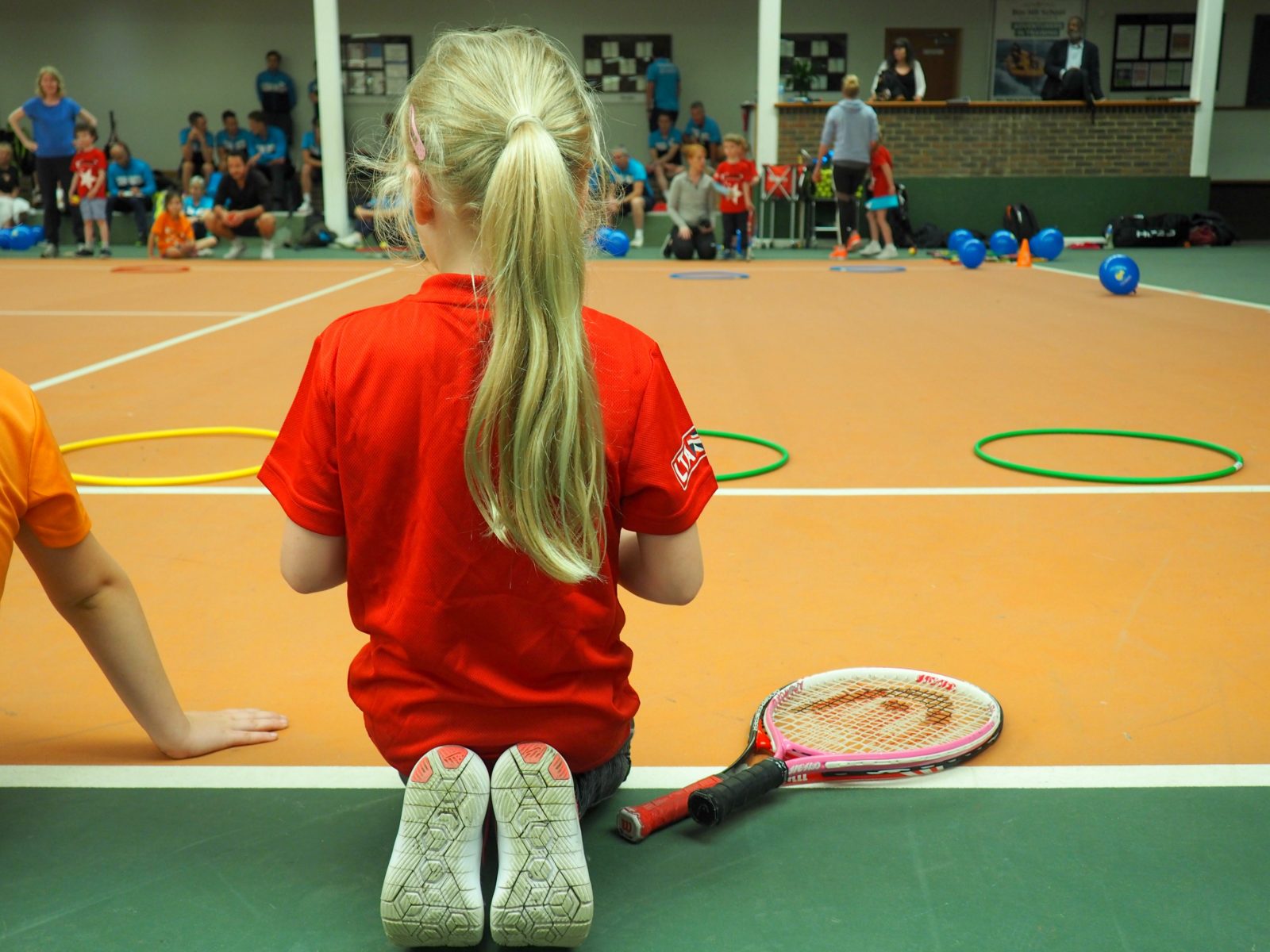 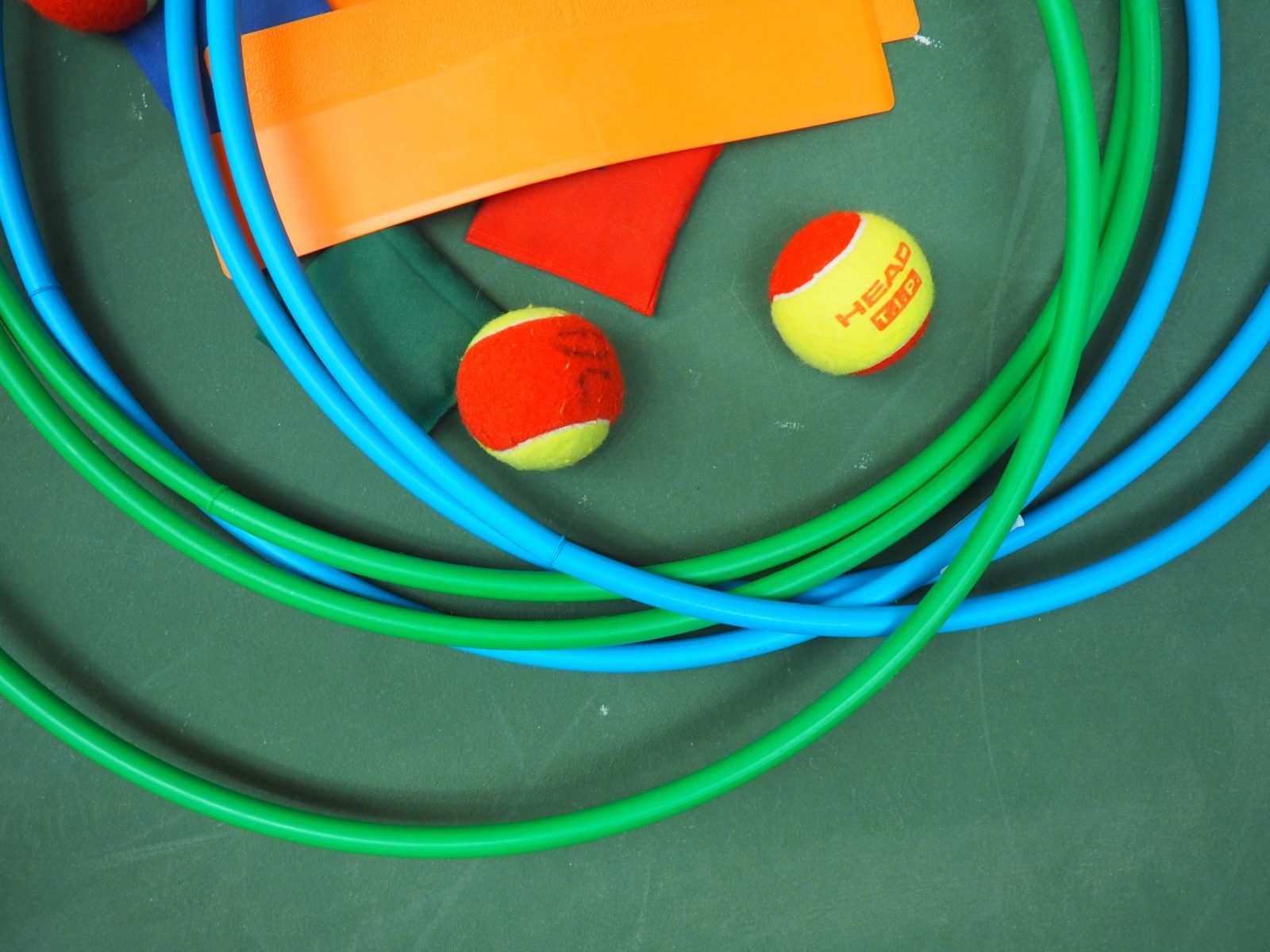 Judy and Kris were great with both children and adults alike- they used clear direction and plenty of fun challenges and games, combined with humour and a warm approach to get the best out of the children. I was a little nervous being watched by so many tennis coaches (they were there to pick up training tips from Judy, so they could use these at their own tennis sessions at various David Lloyd gyms), but I needn’t have worried- the ones who joined in with us were so helpful. 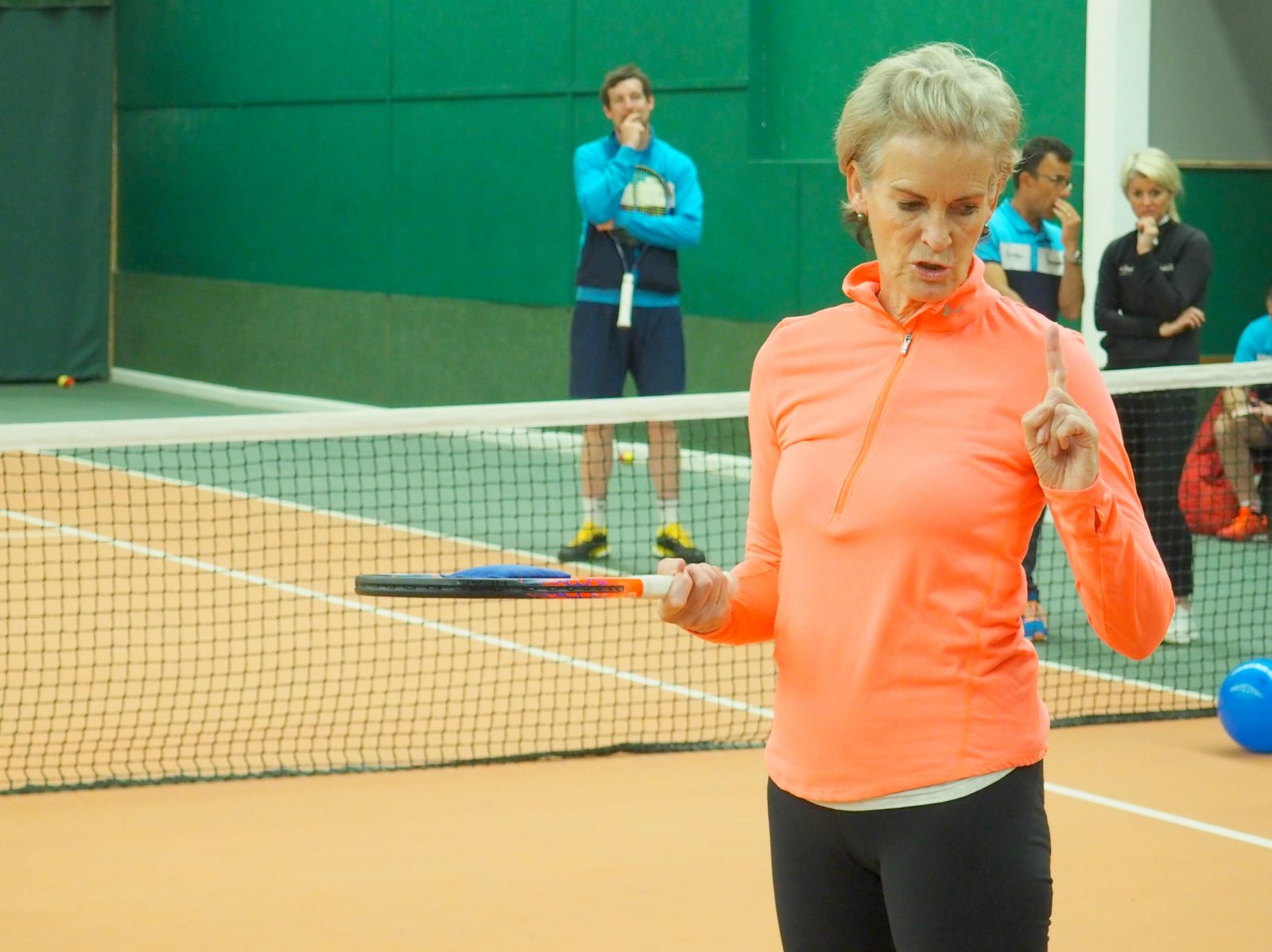 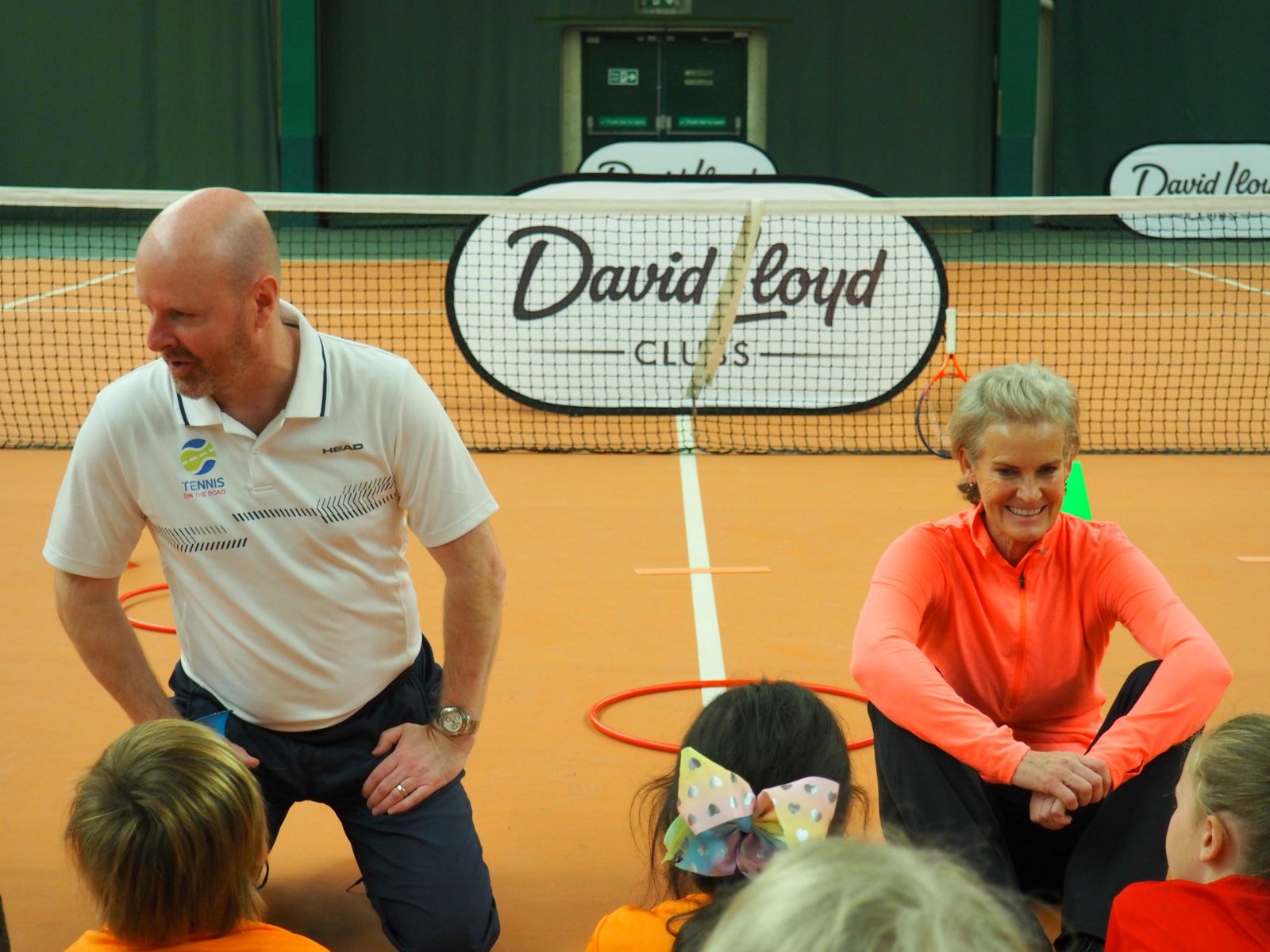 Once the session was over the 3 of us felt like we’d come away having learnt a lot, and I have plenty of ways now I can help the children improve their skills in a fun way when we’re playing as a family, or having a knock about at home. It was also great to see Freddie and Sasha play up close and really get involved with their tennis development. I admit to being a Mum who natters away to other parents when they have their tennis class, so I’m not always paying attention – I think this might change now I have better knowledge and insight into what they’re actually doing and how they’re improving every week. 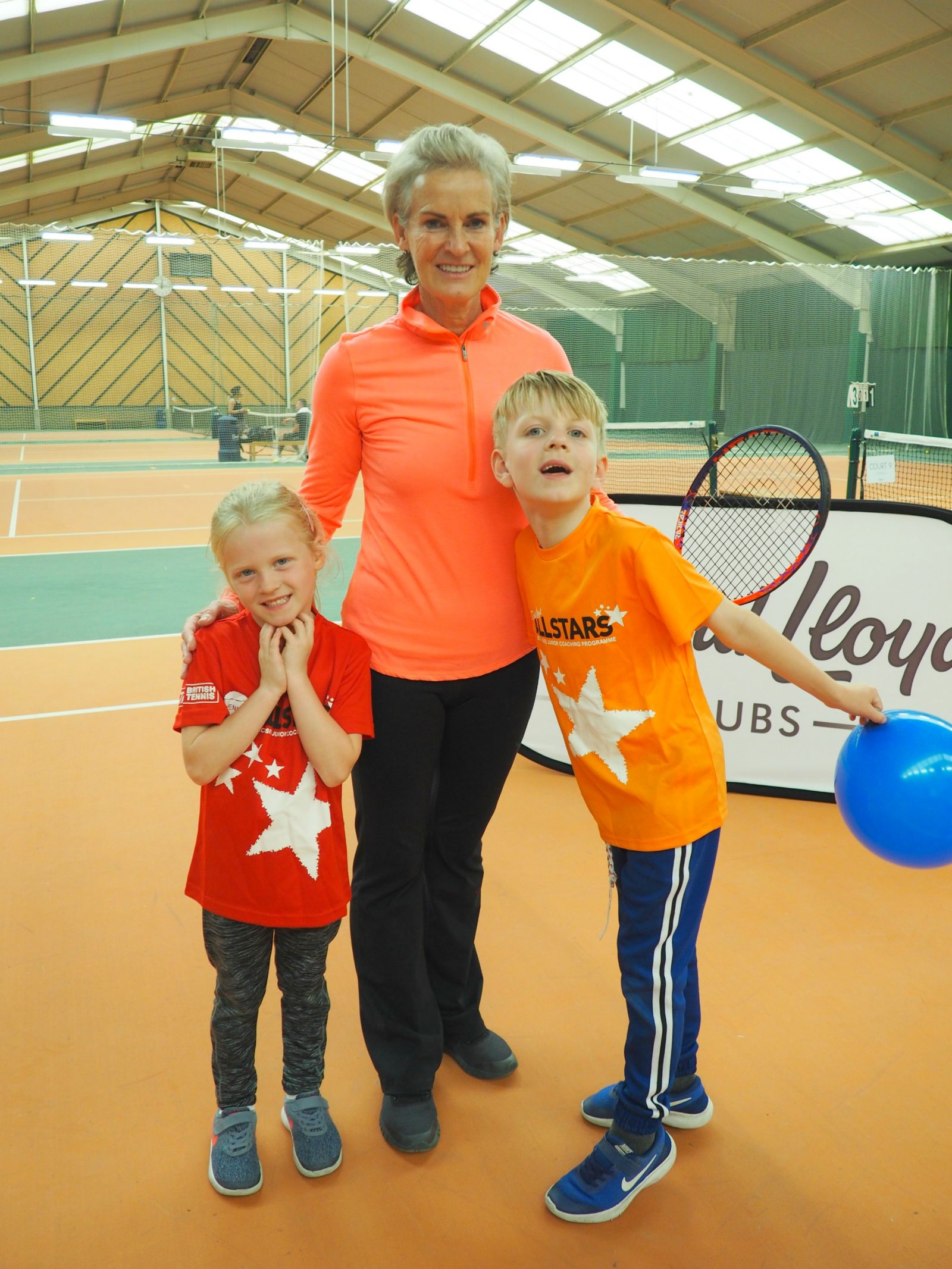 My personal opinion is that having Judy on board for a scheme like this at David Lloyd Clubs is a real coup – she’s passionate, warm, obviously knows her stuff re tennis more than 99.9% of the population, and having her coach the coaches means you know that you or your children would be getting tuition from some of the best. 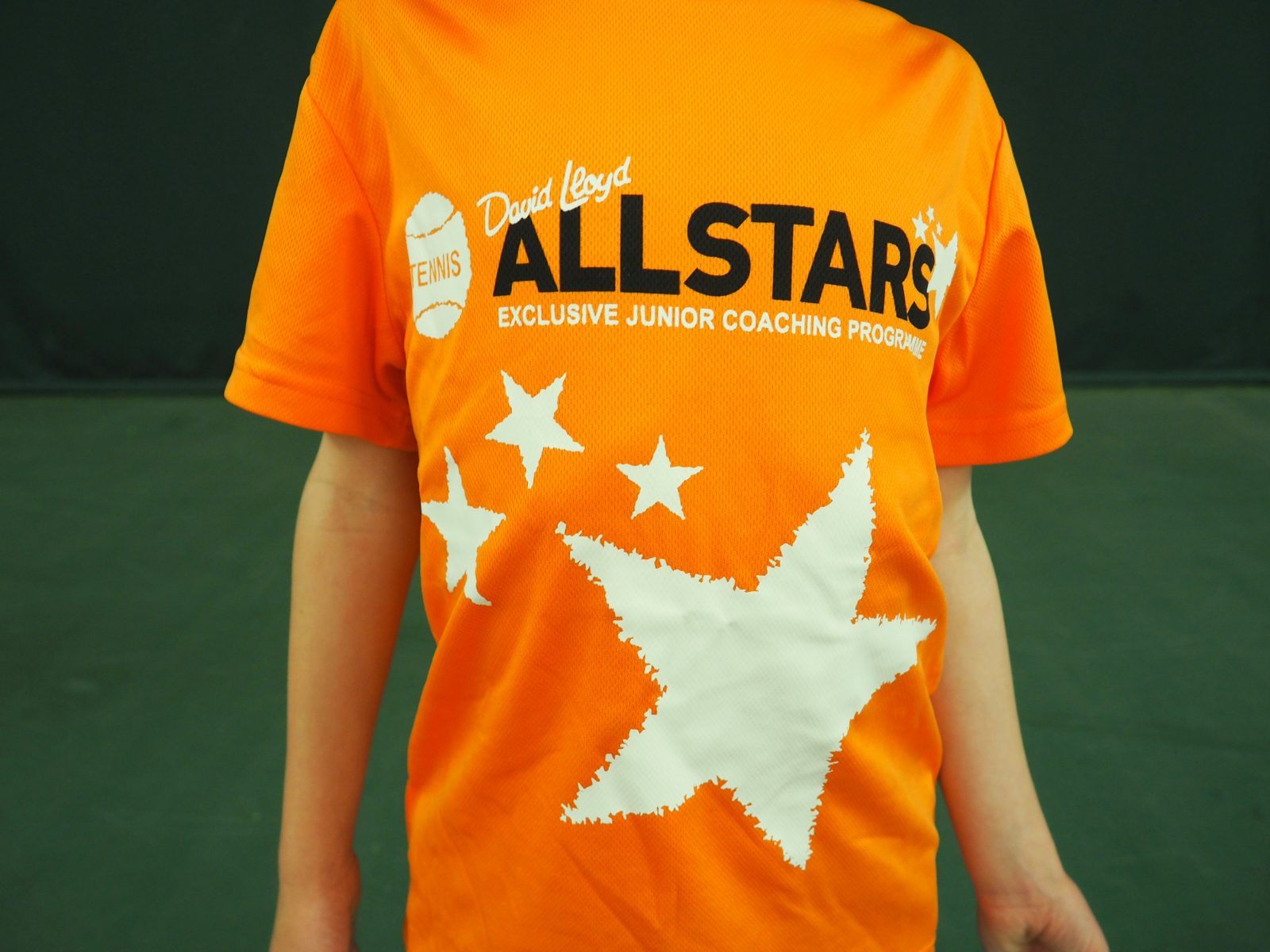 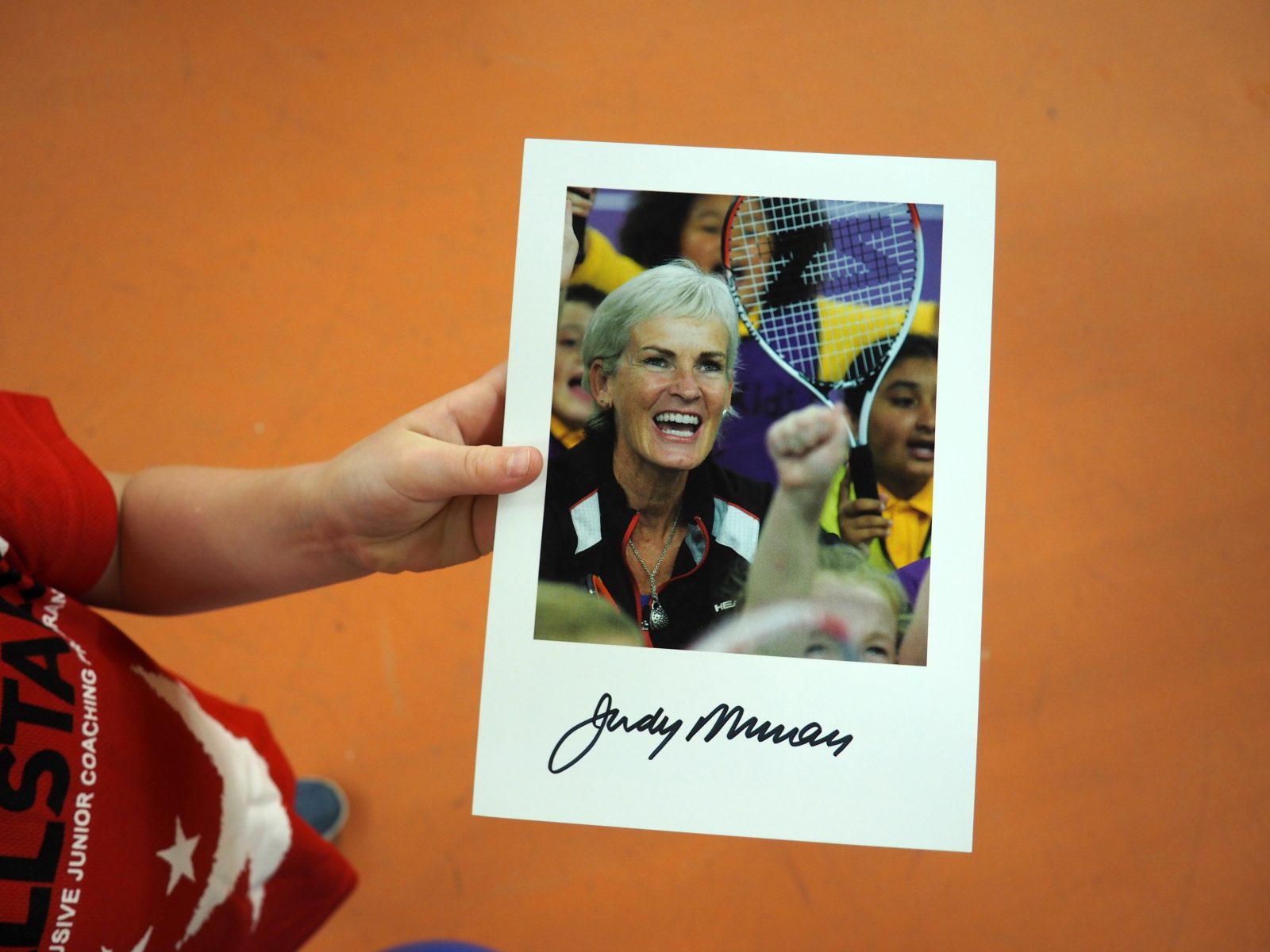 Big thumbs up from us!

See some more of my health and fitness posts