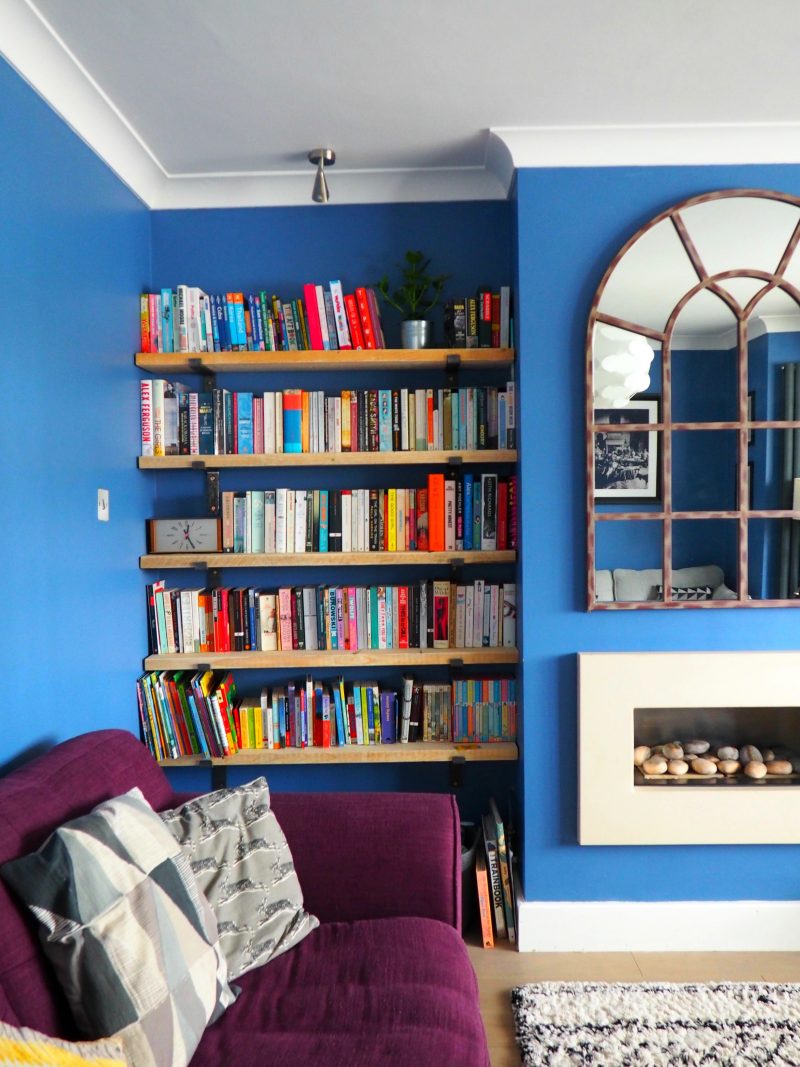 Aaaaah…writing this blog post title feels SO GOOD, mainly because I’ve been desperate to get these scaffold board shelves completed in our living room for ages, and now the time has finally come where I can reveal all!

We moved into our new (although I guess it’s not so new anymore) house a year ago now, and whilst we had the living room liberally coated in Dulux Wild Water Blue 2, there have been so many other bits of the room that have remained incomplete, and therefore been bugging me for a while. Those who know me best know that patience is not my strong point when it comes to house renovations, so to tick these scaffold board shelves off my list is a great thing.

Our living room contains two alcoves either side of our mirror and inbuilt fire: One side housing the TV and a relatively new scandi-style TV unit, and the other housed a perfectly functional-yet-ill-fitting bookcase which was making my OCD side go into overdrive with the fact it didn’t actually fit the space in this house properly (it was originally bought to house in a certain place in our old living room). We also had a narrower bookcase in another part of the living room that was kind of in the way, and I knew I wanted to create some shelving that would hold all of our books and mean that we no longer needed these two bookcases. 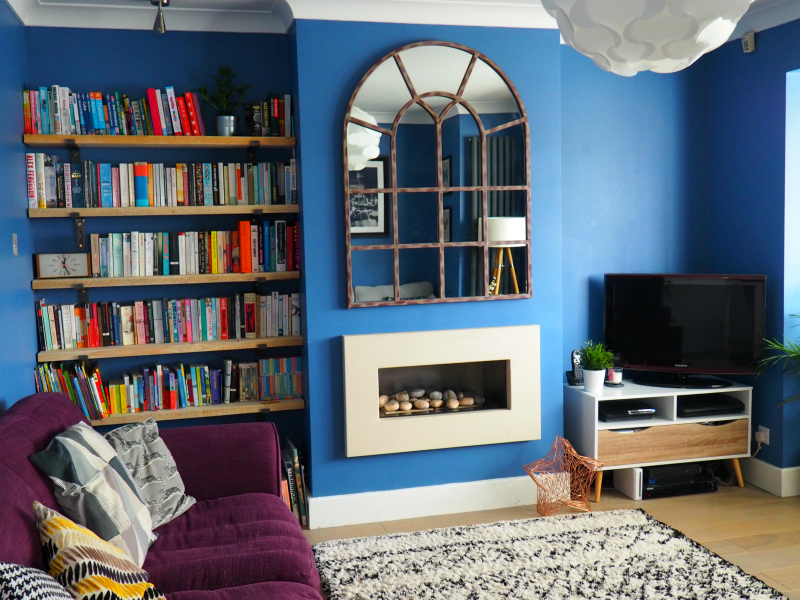 After the success of our scaffold board shelves in our new kitchen, I decided that this is what I wanted in the alcoves, and that I was going to sort them myself. 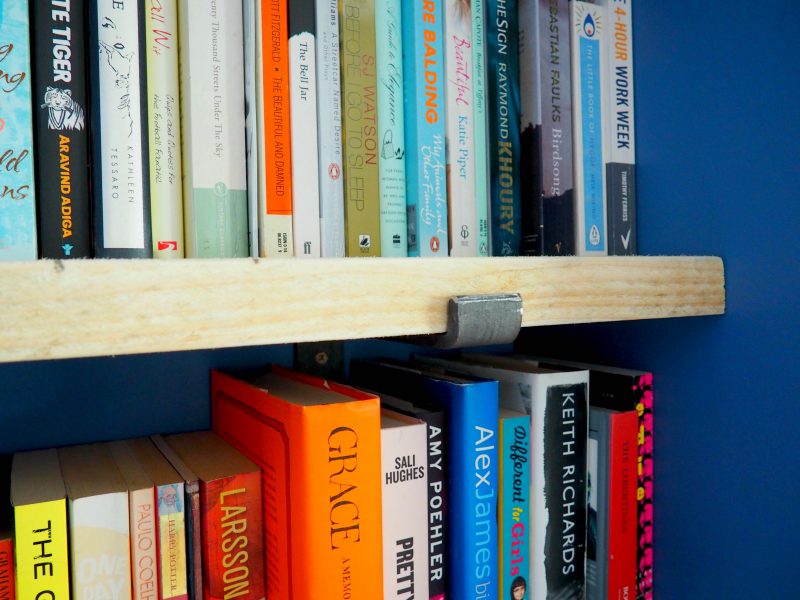 I measured up and worked out how many shelves I would need to fit the space, and then went online to buy some specific scaffold board brackets. Now, these aren’t as cheap as usual brackets, but I thought they would be worth the money to get the look we wanted this time around and I’m really pleased we went with them. I then popped to good old Travis Perkins and bought 3 scaffold boards, before having them cut to size there and carting them home in the car.

After getting the scaffold boards home, I borrowed an electric sander from a friend of mine and got to work! They came up really well with a bit of sanding, but I was still wondering if the colour would be right for the room and if they would need treating with stain or wax or not (I have to admit that I was praying that they wouldn’t!).

I roped in my awesome Father-in-law, who put up the brackets for me as it’s a bit tricky to get any big jobs done at the moment with a nearly 4 month old!

As it happens, once up on the brackets with books on and they look even better than I hoped they would, no stain or was needed (for now). 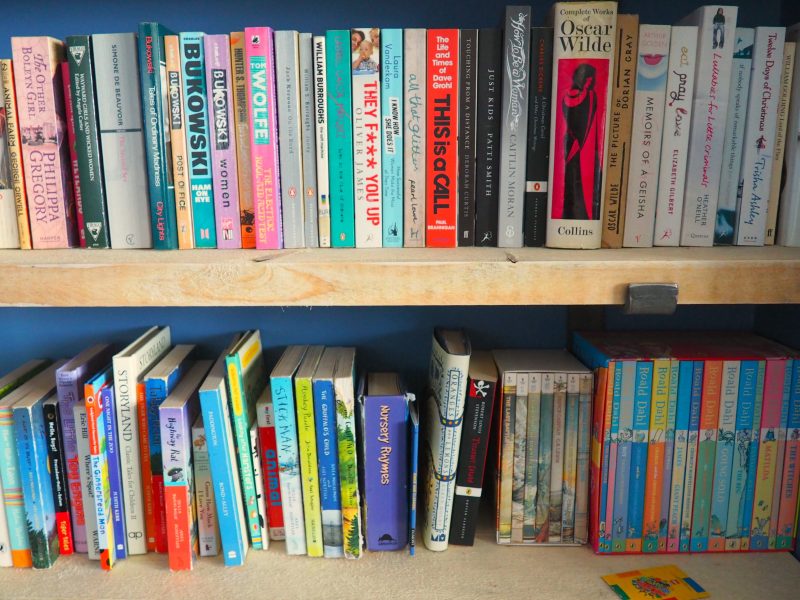 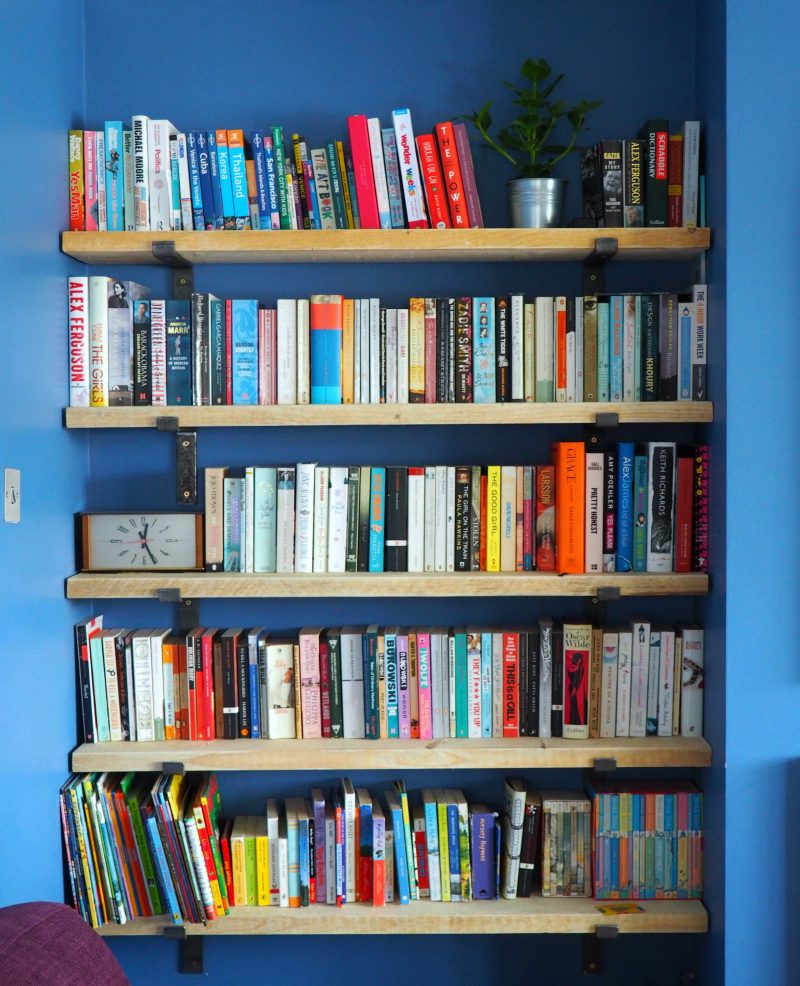 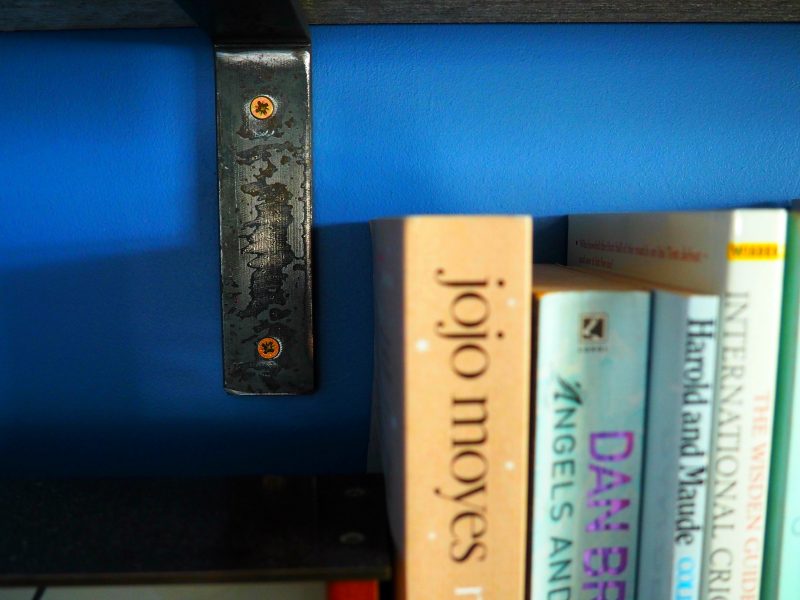 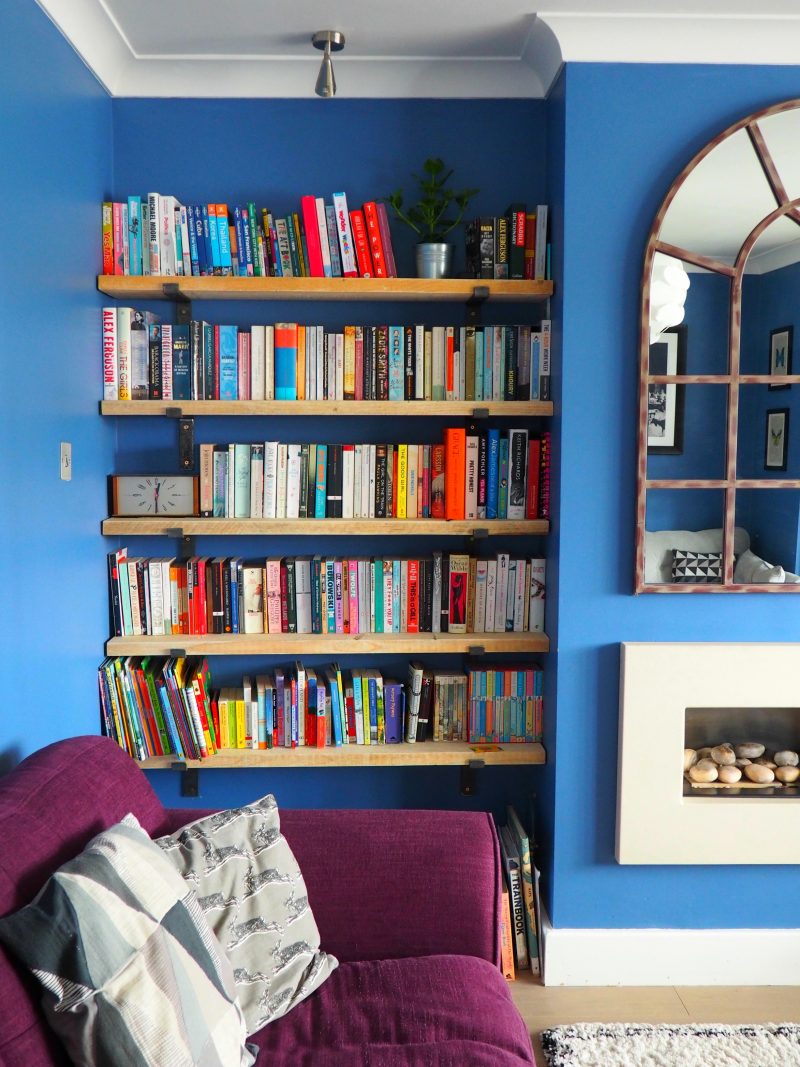 What do you think? I’d love to hear if you think these are a yay or a nay!