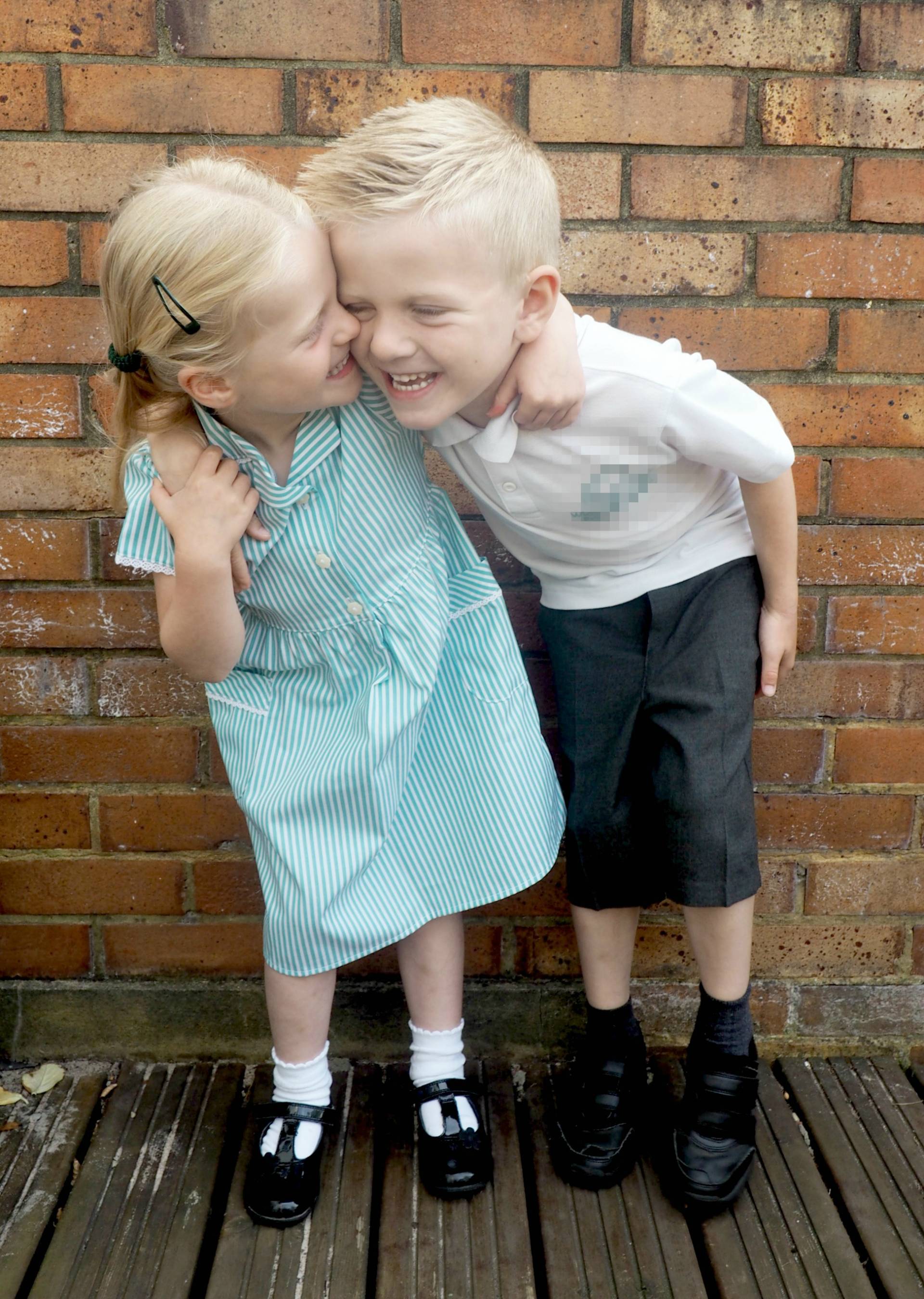 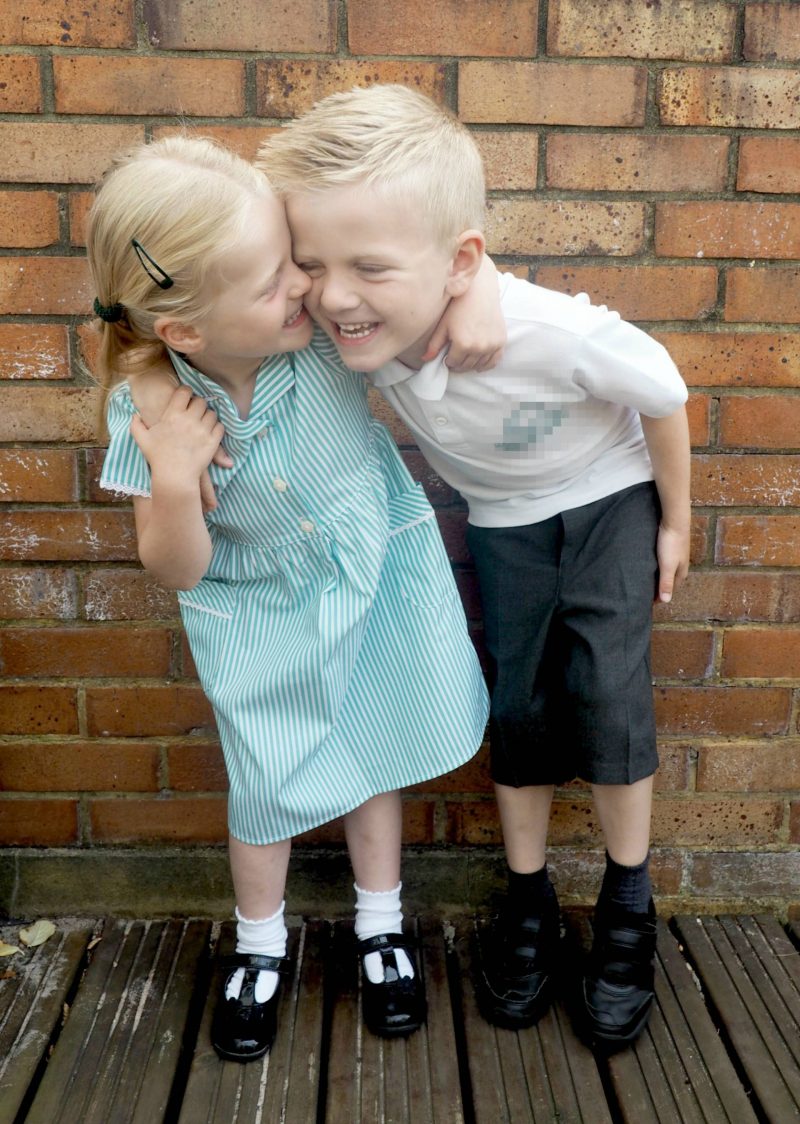 These past few weeks have heralded two big milestones for our family, and ones that have taken me by surprise with just how emotional I’ve felt about them: Freddie finishing his first year of Reception (HOW quickly did that year fly?), and Sasha finishing preschool and following in her big brother’s footsteps as an ‘Acorn’ at the same school, and with his same lovely teacher and TA. 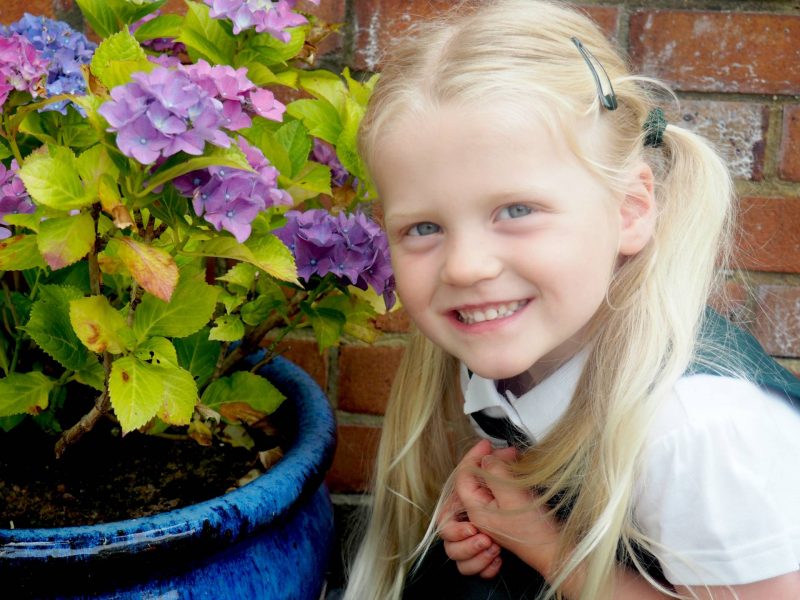 I remember only just over a year ago, us going to Freddie’s ‘induction’ meetings, him spending an hour or two with his new teacher and classmates, and us sitting diligently in the school hall whilst being handed notes and trying to take in new routines, lunch menus and clutching a list of new uniform to buy. It seems inconceivable that we’re doing this already for Sasha, but there is some comfort this time and much more confidence as a parent in the whole procedure. Everything is familiar, we know what the deal is, and we knew exactly where we would shop to get our little lady’s first ever school uniform. Which is why when M&S asked us to be part of their ‘Back to School’ campaign, I didn’t hesitate to say ‘yes’.

M&S was where we bought Freddie’s first uniform last summer. With the reputation and the quality winning every time for us, it was an easy decision to make, and one we’ve been more than happy with over the past 12 months.

M&S asked me what my childhood memories of my first uniform were, and it was certainly different to how Freddie and Sasha wear their’s now! 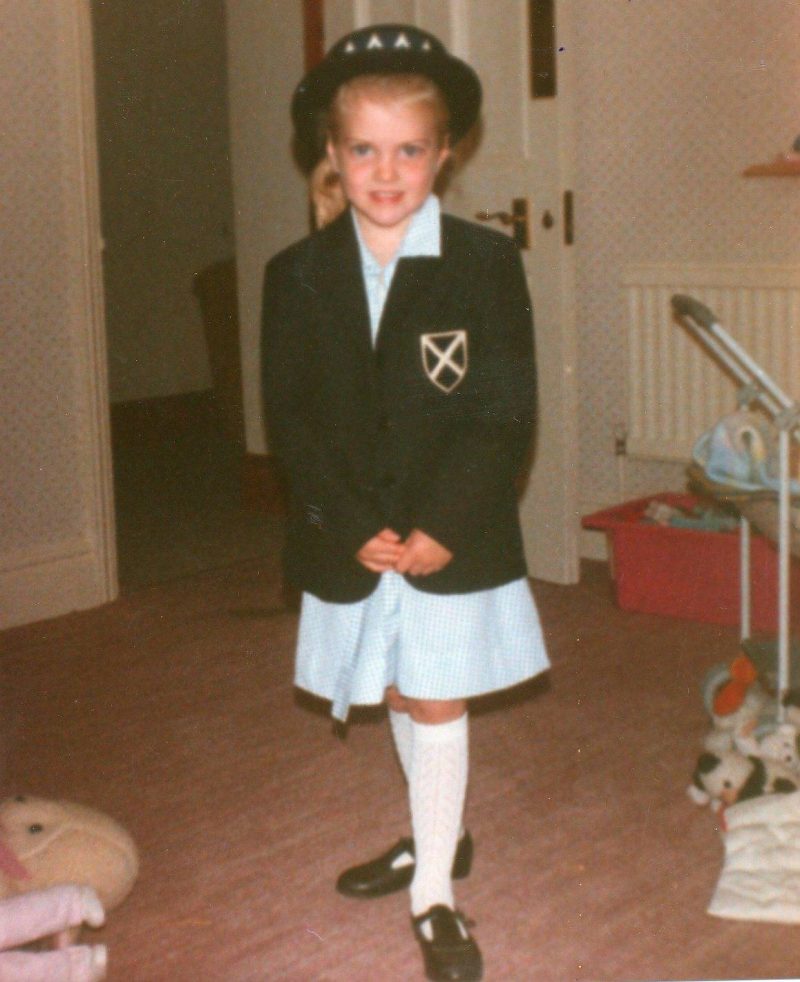 From the ages of 4-13 I attended private school, where the uniform code was a lot stricter (check out my over-sized regulation blazer and boater hat!). Everything HAD to be the same, and was bought from the on-site school shop for the cost of a second mortgage. Even though it was ridiculously expensive, I’m sure my Mum will testify that it made life a bit easier in some ways- every girl had the same blazer, same school coat, same blouses, same pinafore and summer dress , so there was never any worrying about what looked best, the quality of everything, and no need to shop around.

What they weren’t so strict on were terrible 1980’s hair units with HUGE fringes- Mum, what were you thinking?!

It starts near the back of my head! 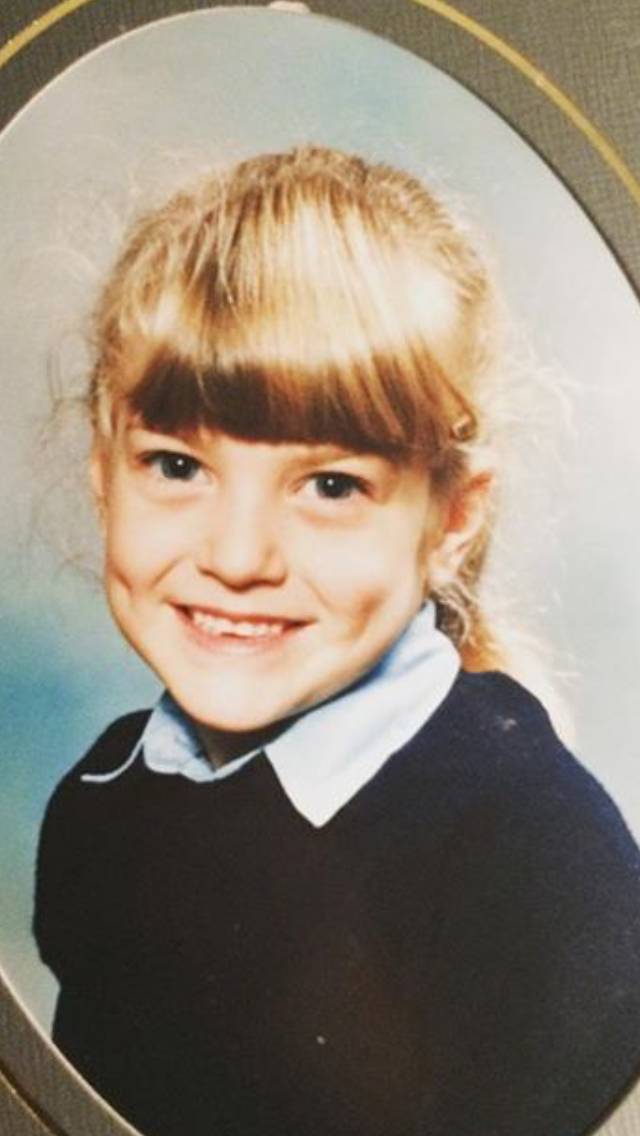 As a parent myself now, and with Freddie and Sasha at our local state primary like the majority of kids, we have a uniform code, but it certainly isn’t as strict as the one we were given at my school. Which is great in some ways for freedom of expression, but also more of a potential minefield when it comes to making purchases that last, and deciding where to shop.

When it comes to Sasha’s new uniform, she will need a green pinafore for the winter, and a green striped summer dress for the summer. M&S would be my go-to place anyway, as nowhere else does such pretty, reasonably priced STRIPED summer dresses (which in my opinion are the nicest anyway)- if ever I asked another Mum where they got their daughter’s striped dress, the answer has always been “Marks and Spencer’s!”.

I LOVE the detail on them (the flower buttons and lace trim) too. 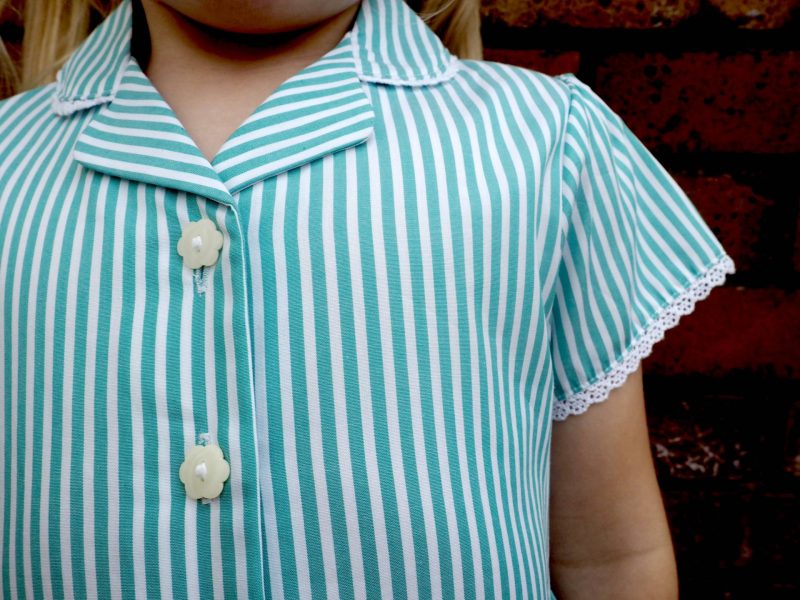 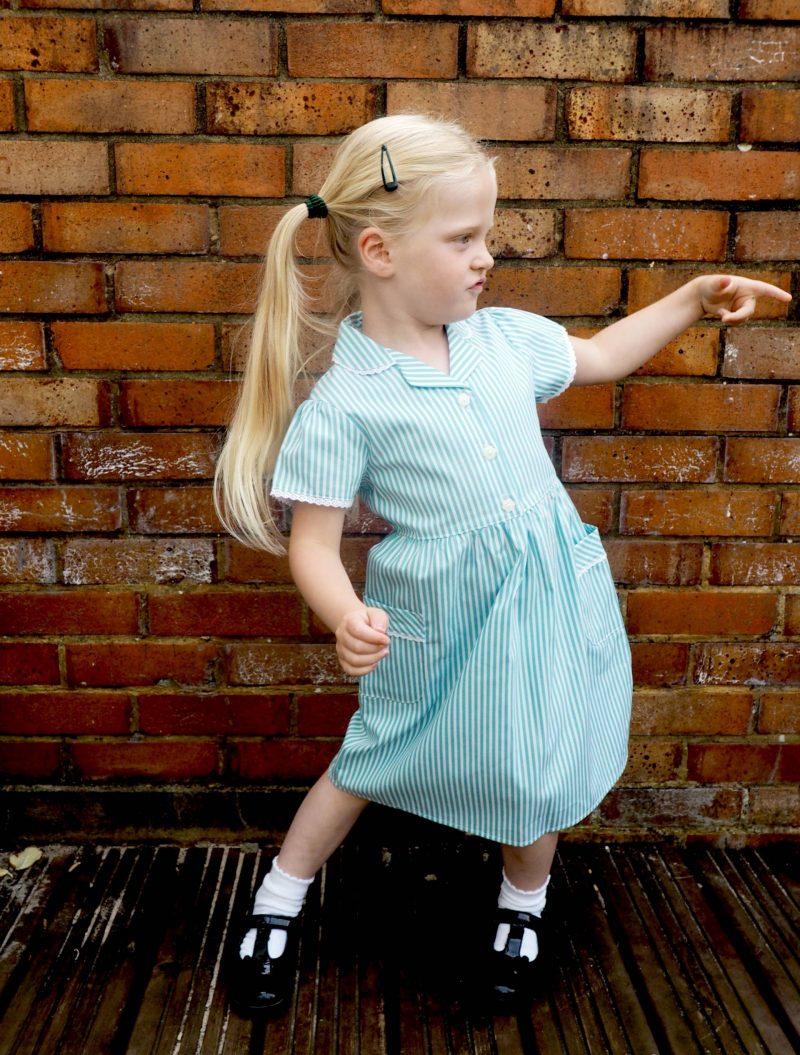 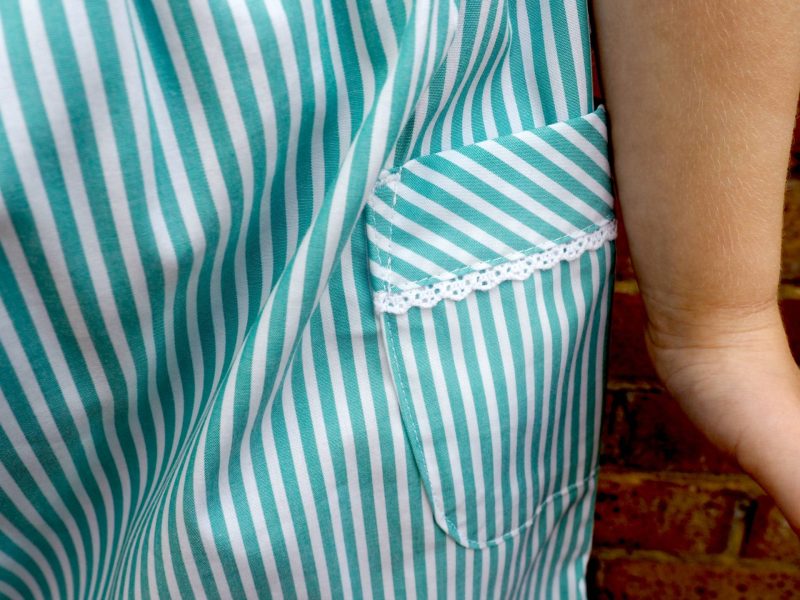 I can attest that 5 year old boys spend a lot of time scrabbling around the classroom floor and playground at school (as I also expect S to as well), so knees on trousers need to be hard-wearing, and LAST. The trousers I bought F last summer from M&S stood the test of time, and not a single hole appeared until he outgrew them with a couple of months to go (and for the record we’ve replaced them like-for-like in a bigger size). Ditto shorts, that still seem to come home filthy but in one piece- another sign of good old trusty M&S material! 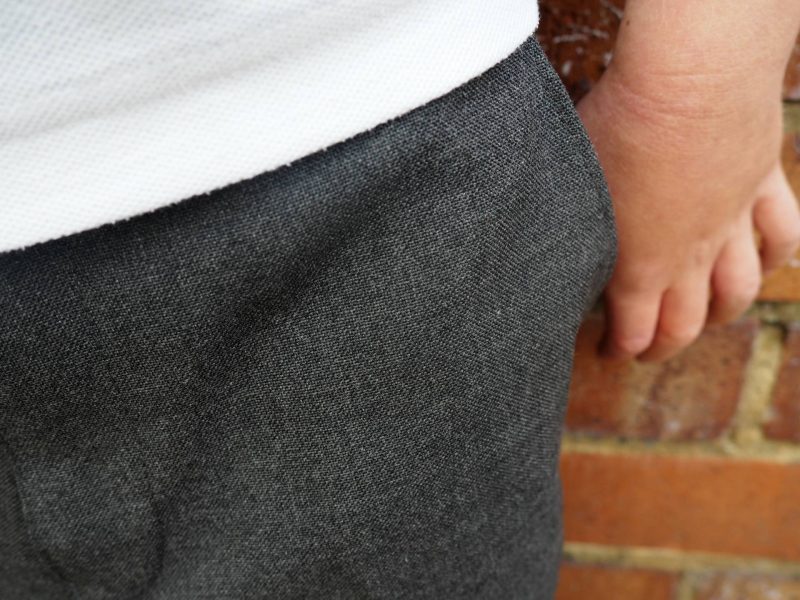 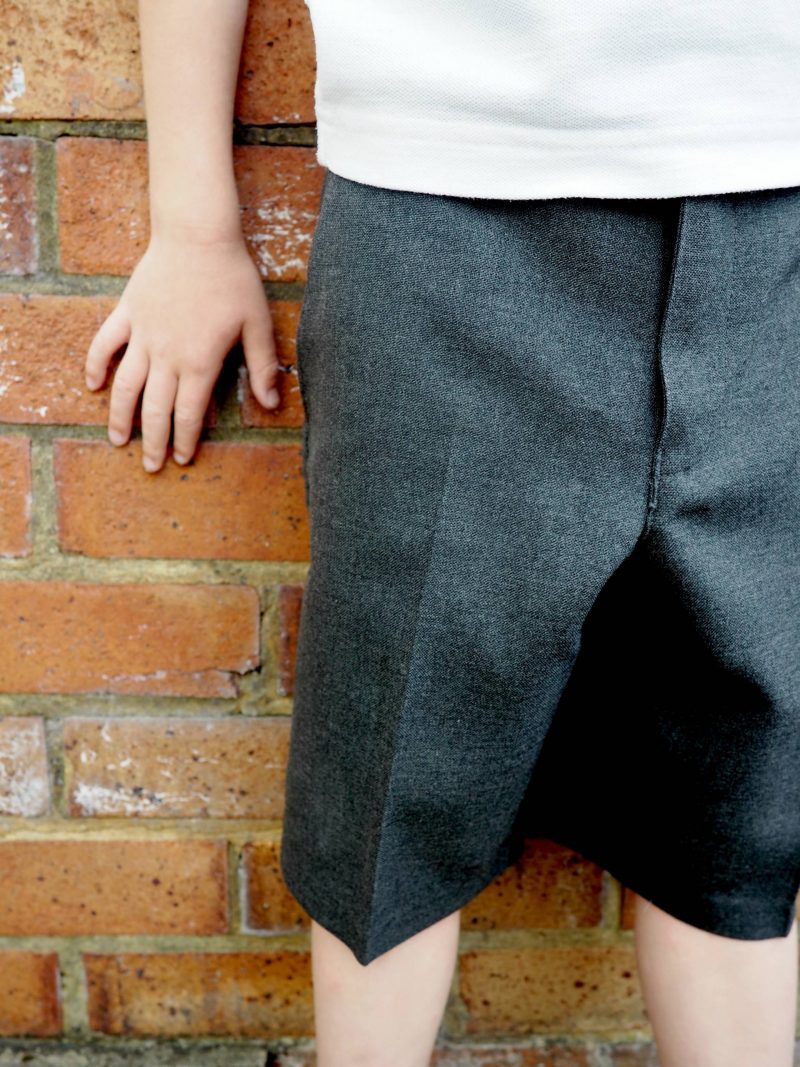 When it comes to early childhood memories of uniform, I remember having a slight fear of getting dressed after PE (buttons were SO tricky aged 5!), and I want our children to be wearing uniform that works with them and that they’re not afraid of- whether it’s buttons on a polo shirt or dress, or zippers on a coat, they need to be able to manage them and gain that early independence.

At the children’s school ALL children must be able to do their own coat up after February half term, otherwise they can’t go out to play- harsh but fair to be honest! Sasha has been practicing with her new school coat and has already aced the zip #superstar

So, with all the above in mind (I love a trip down memory lane *sob*!) here are some of our favourite ‘Back to School’ picks from M&S’ range…. 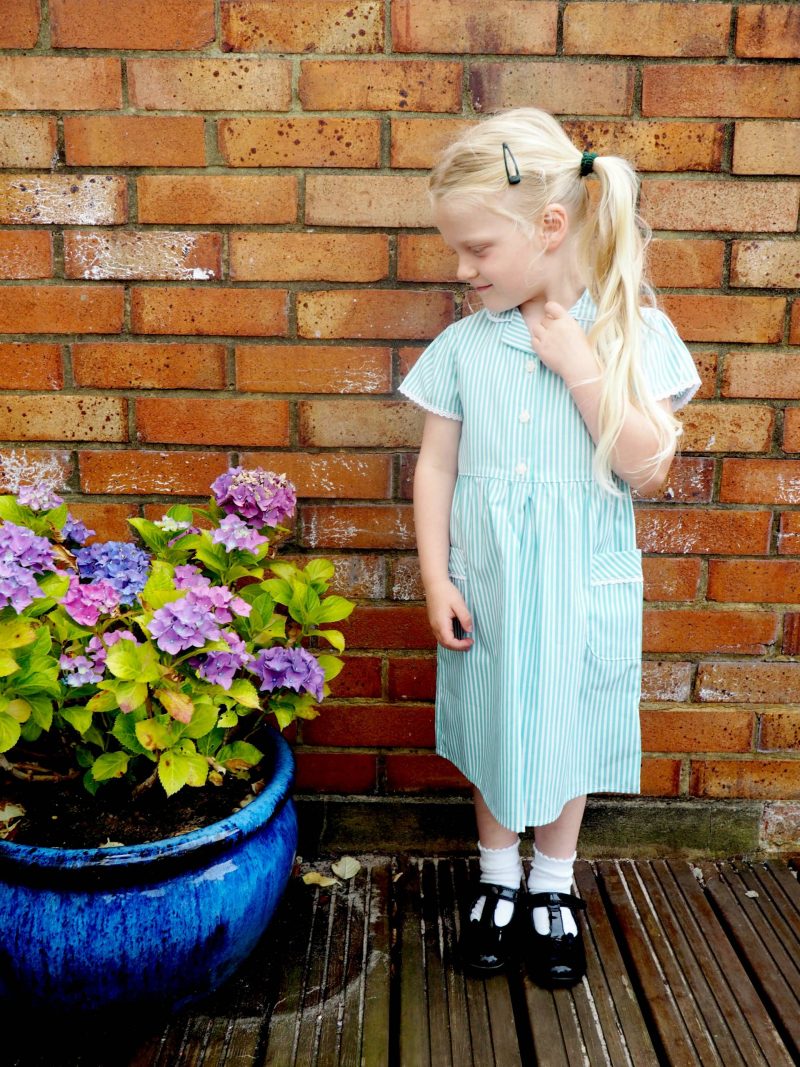 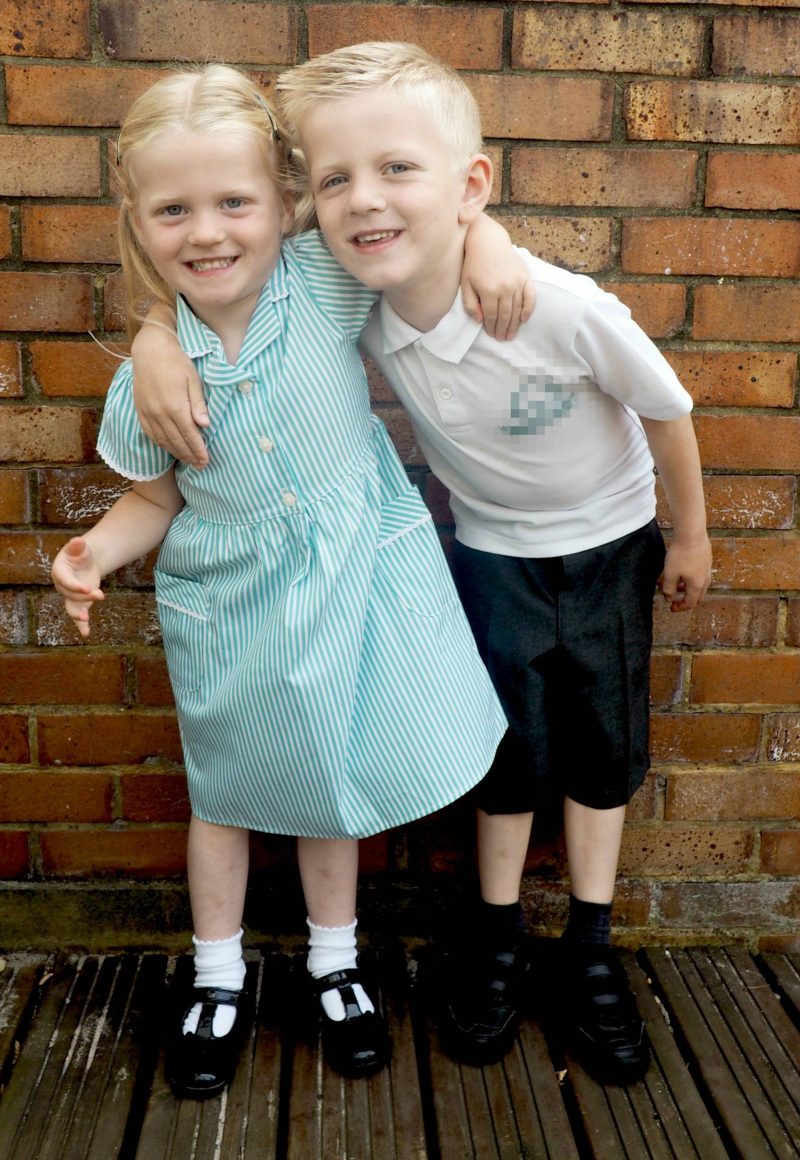 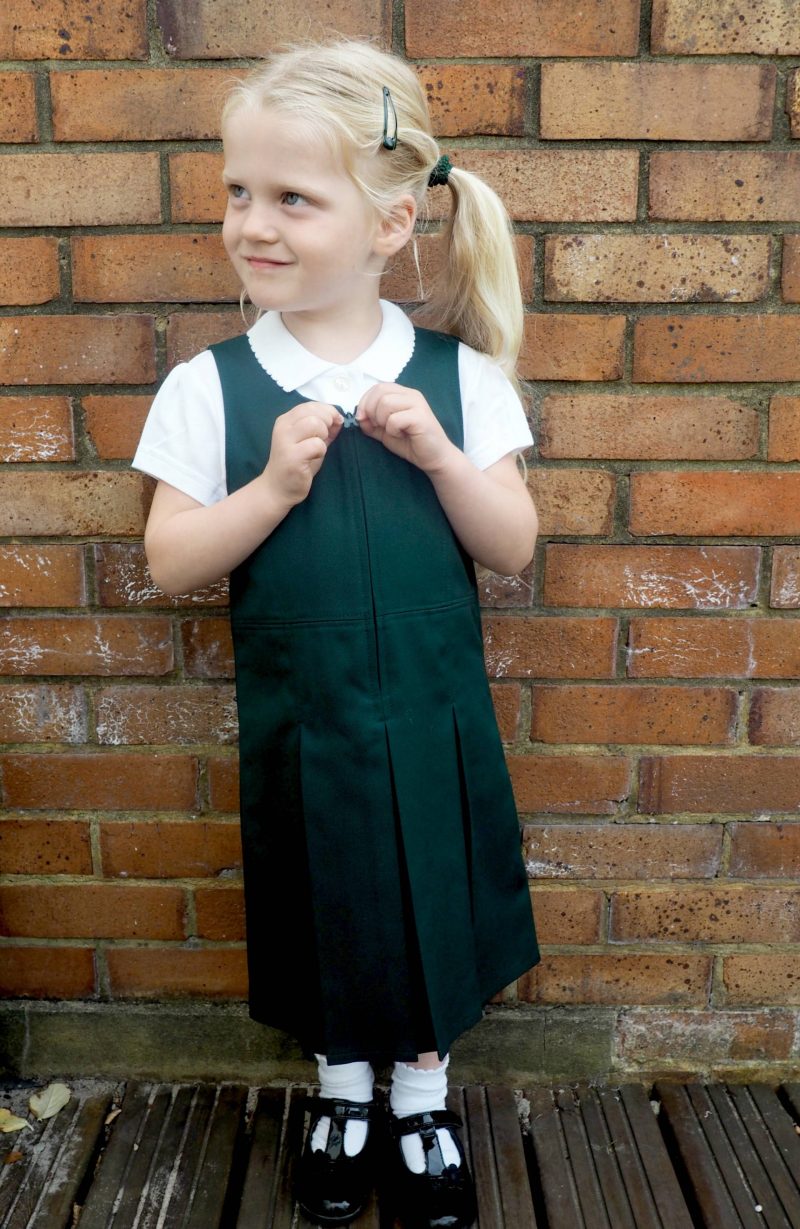 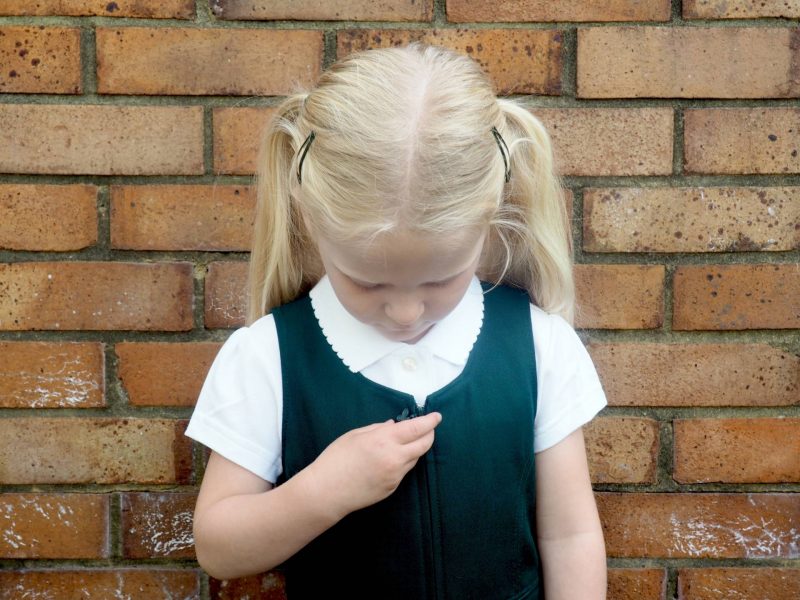 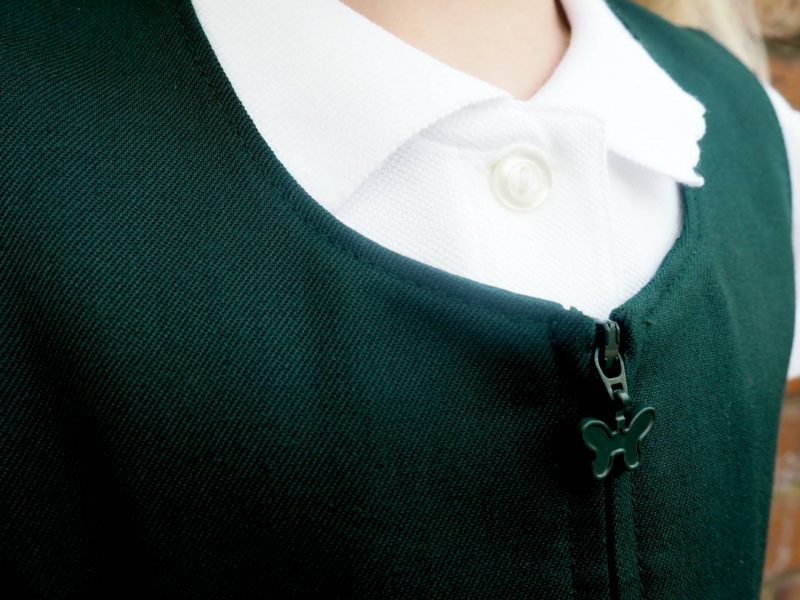 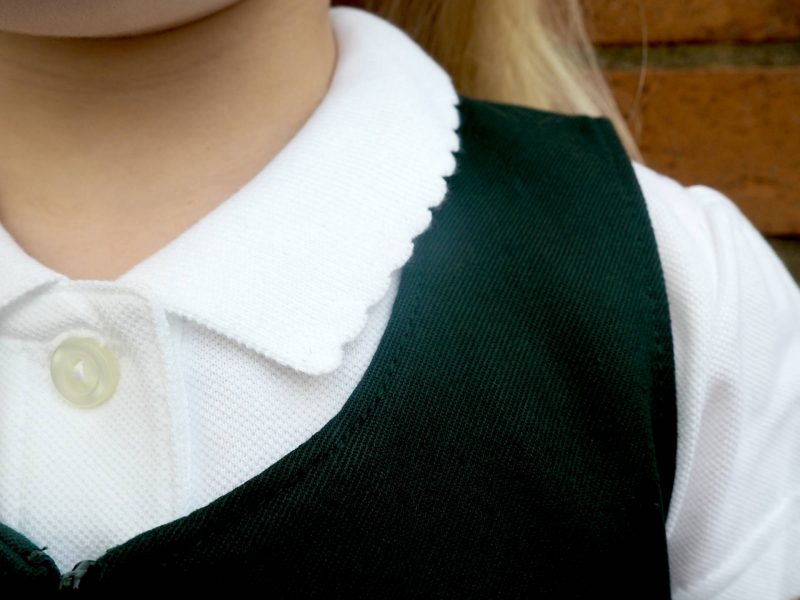 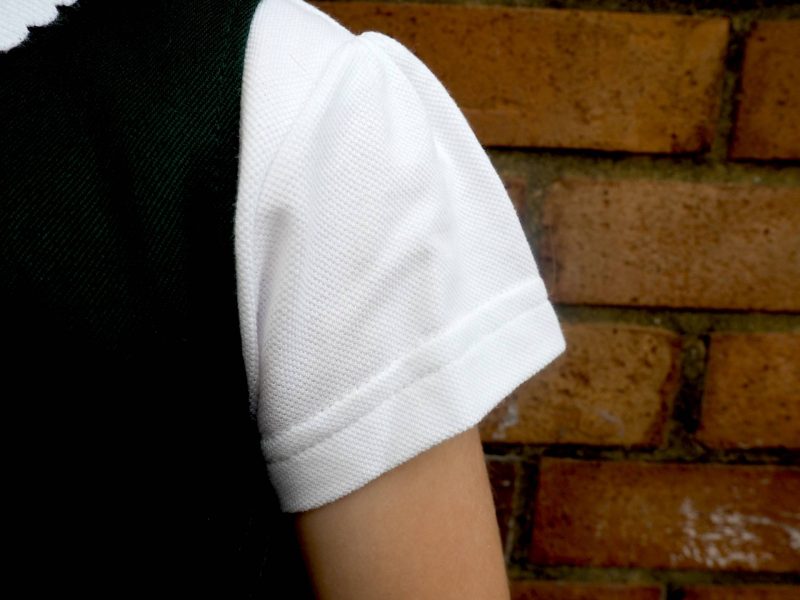 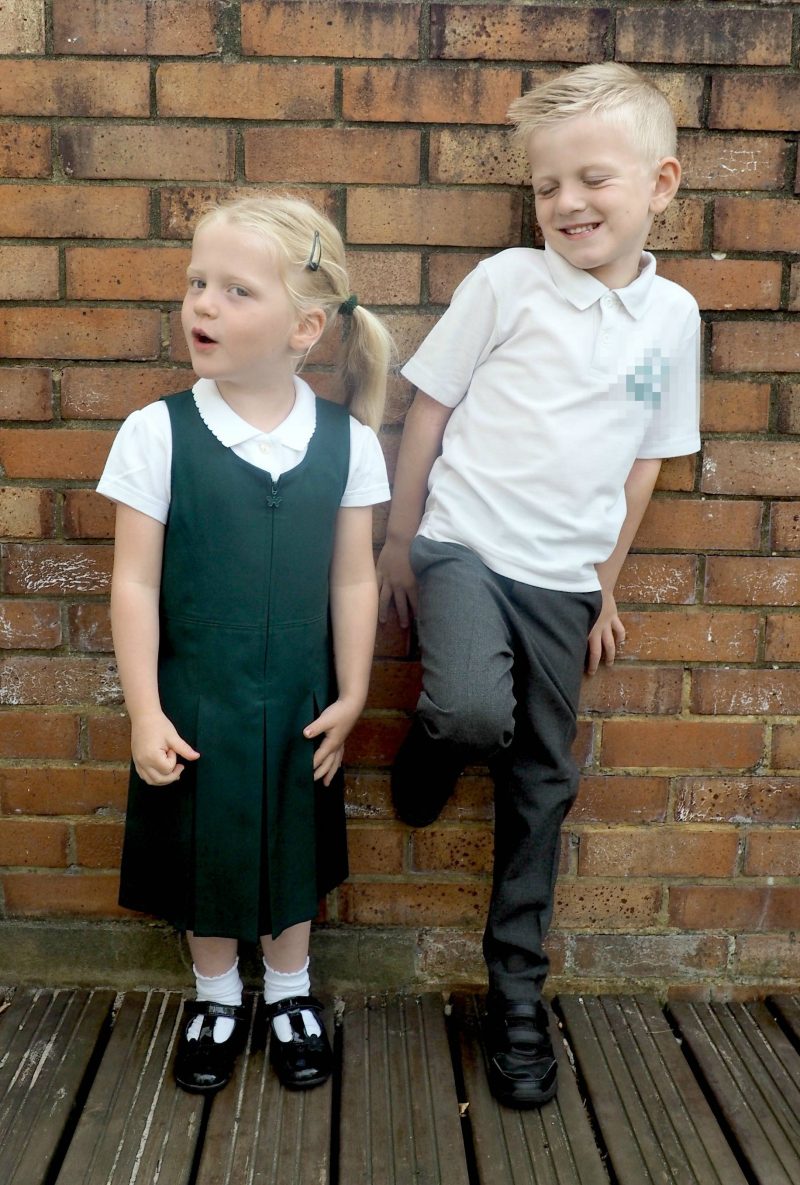 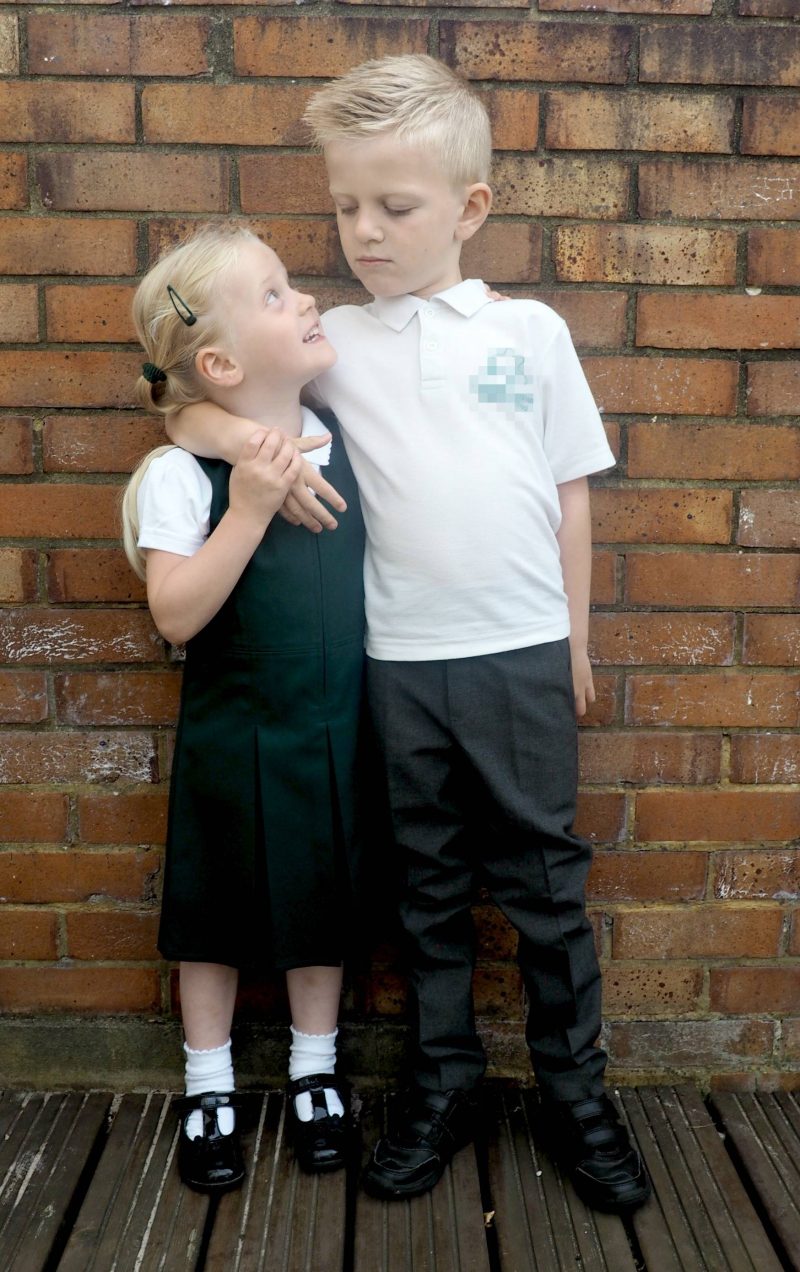 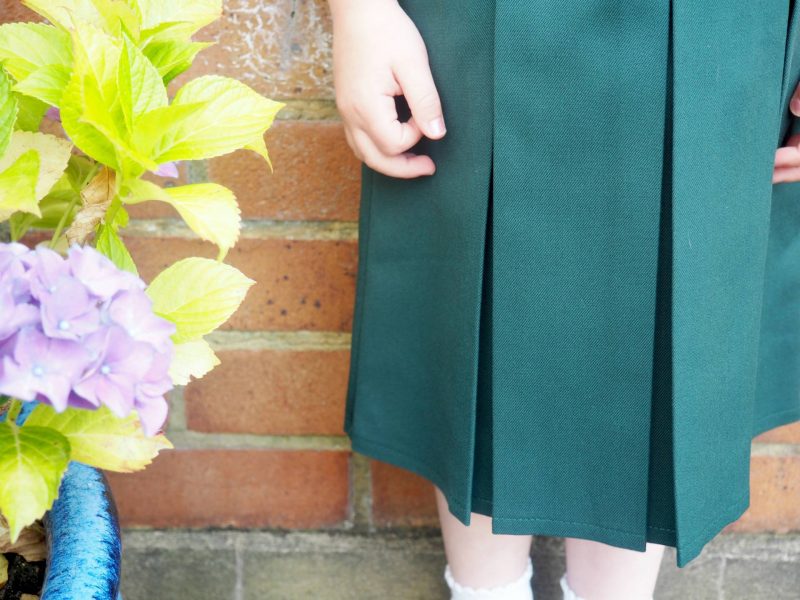 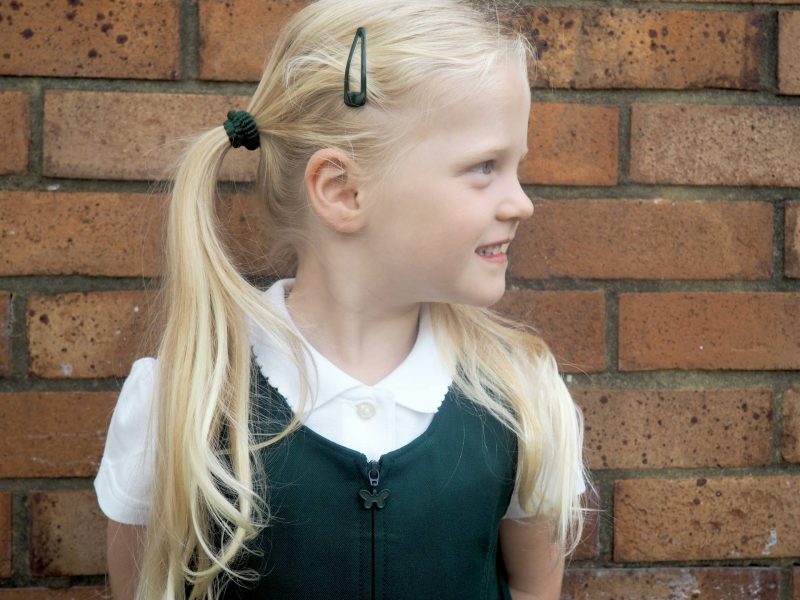 Sasha wears pinafore and polo shirt as before, and Mulberry Hooded Longline Coat. 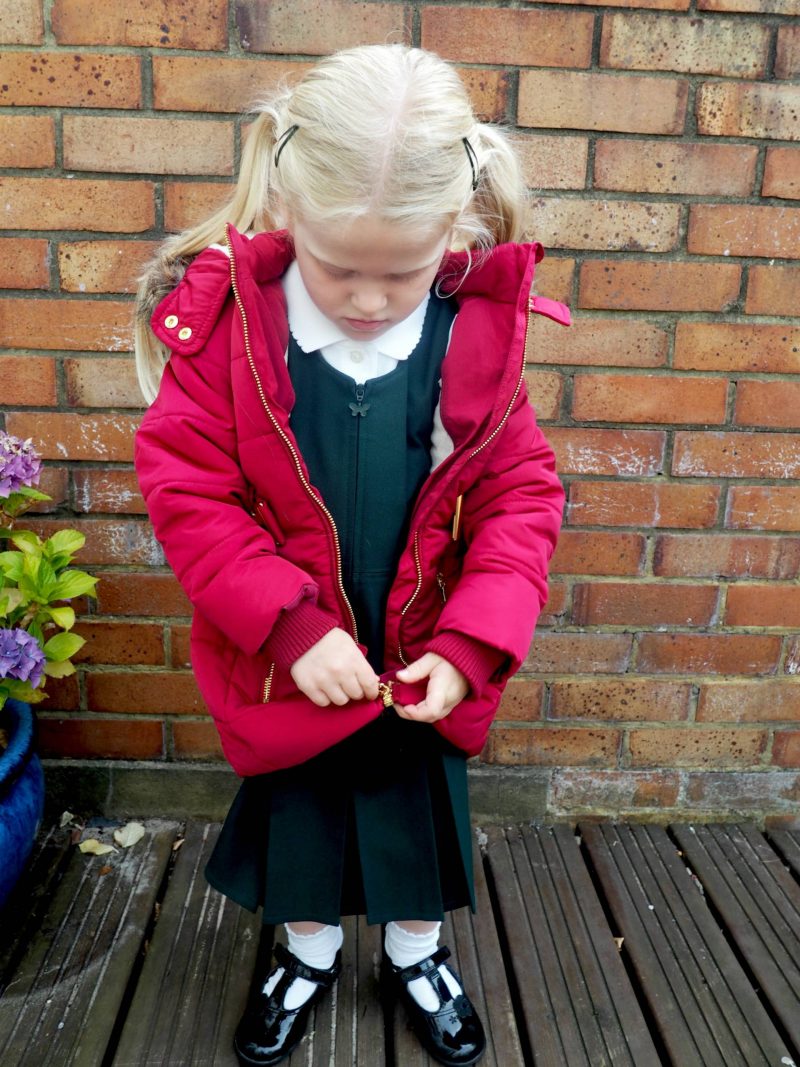 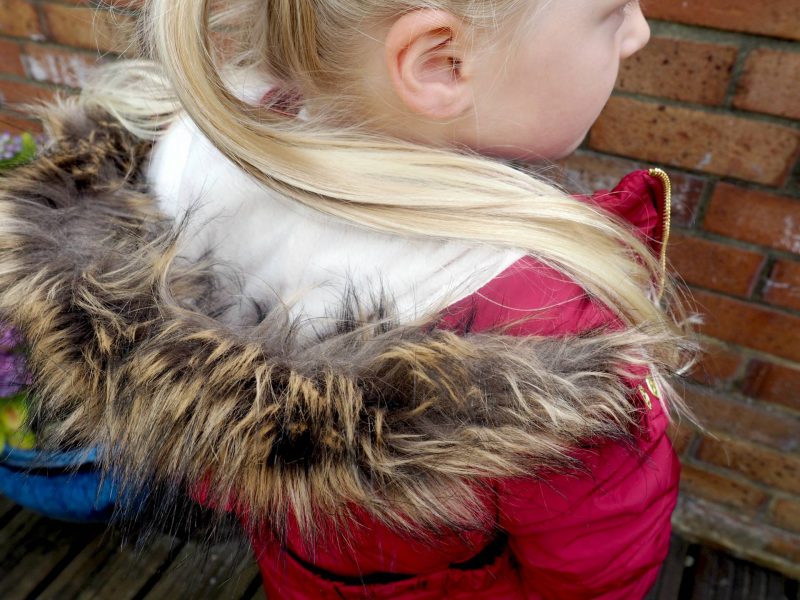 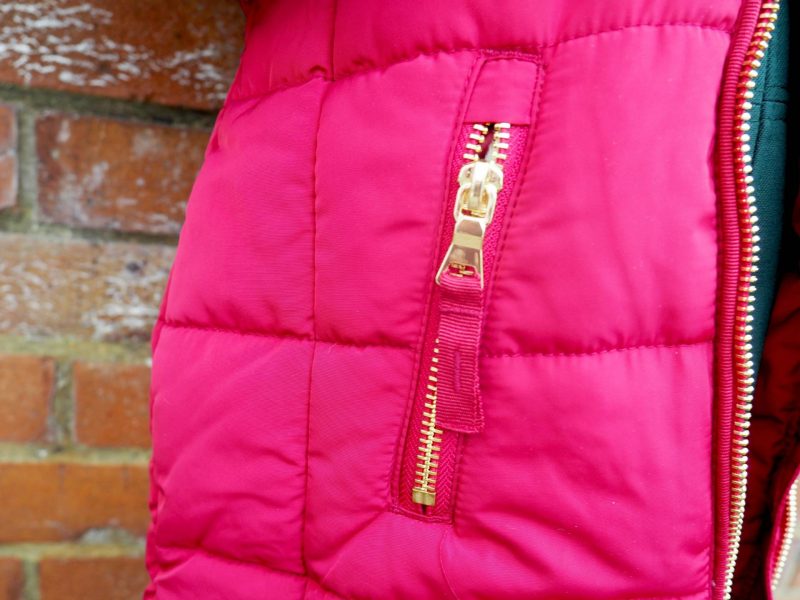 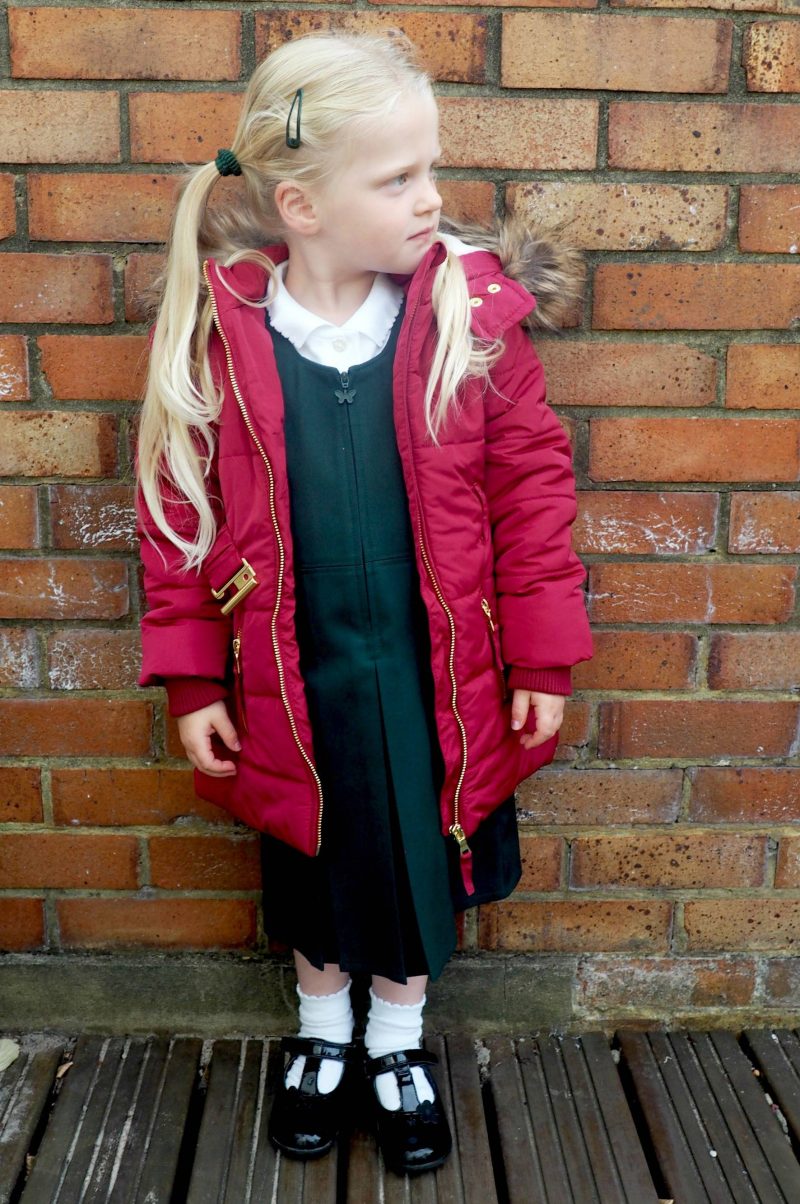 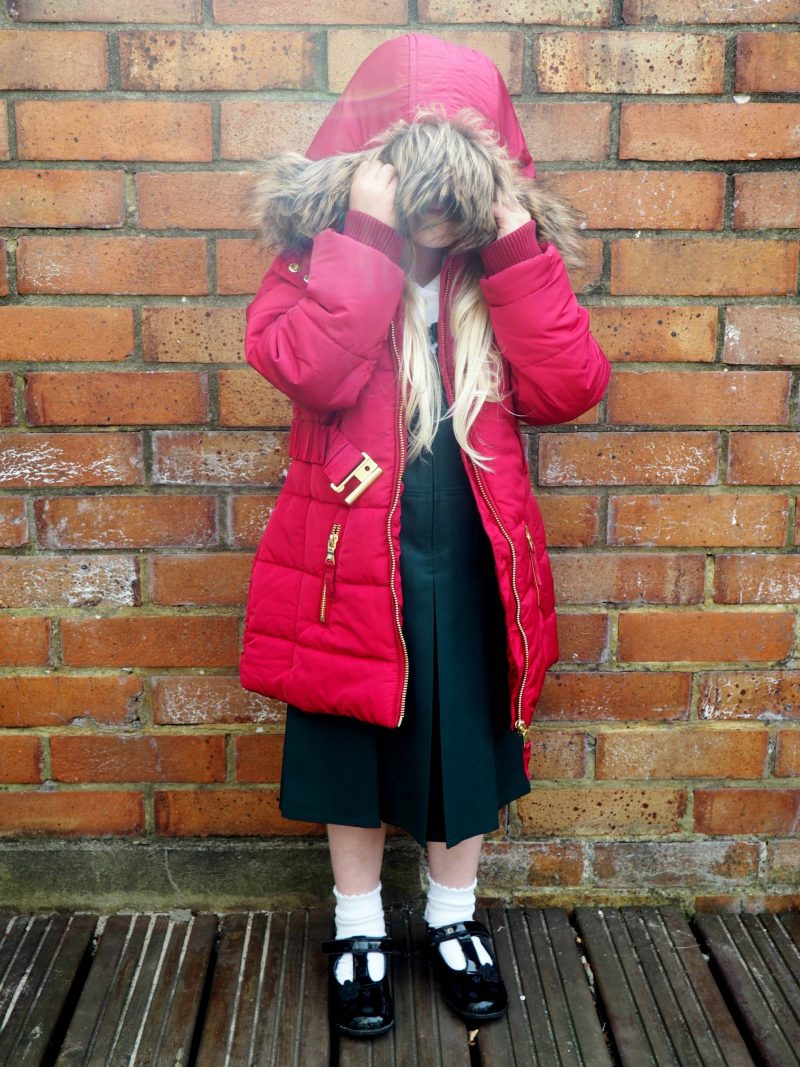 I love this coat- blazers and pea coats looked okay but were always rubbish for keeping you warm in the playground when playing elastics or British Bulldog! 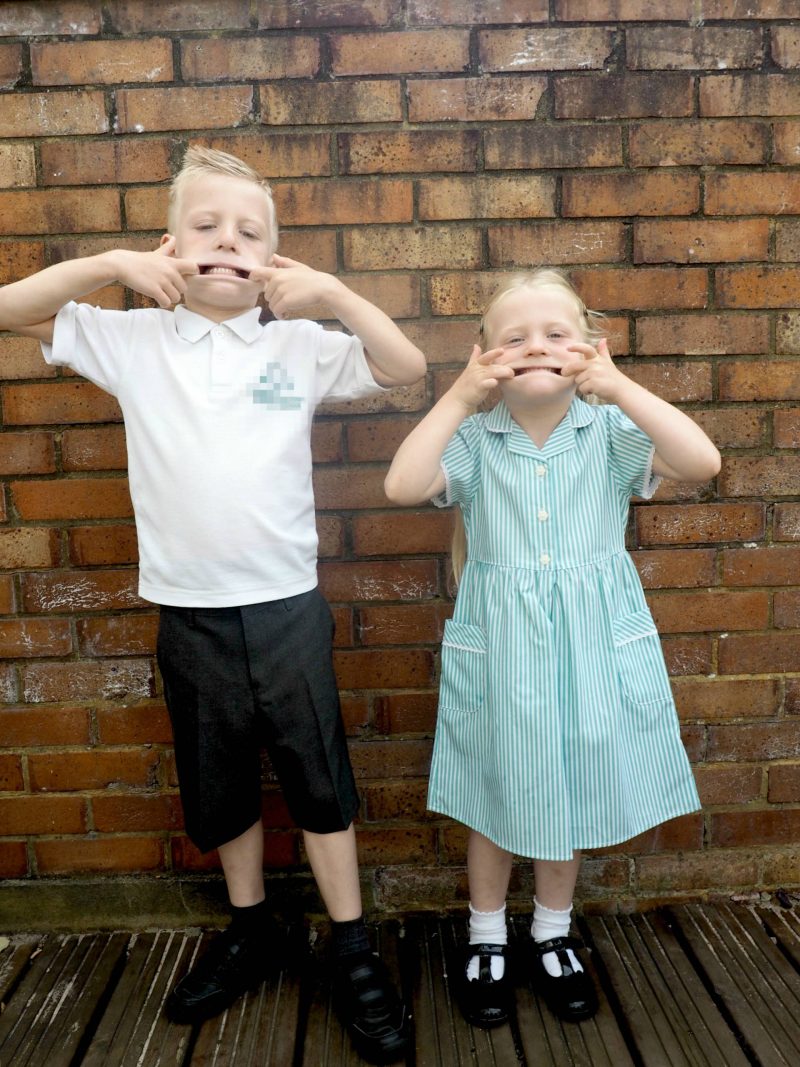 *In collaboration with one of our favourites, Marks and Spencer’s, but we really wouldn’t go anywhere else for our uniform!

3 thoughts on “Decades at School with Marks and Spencer’s”