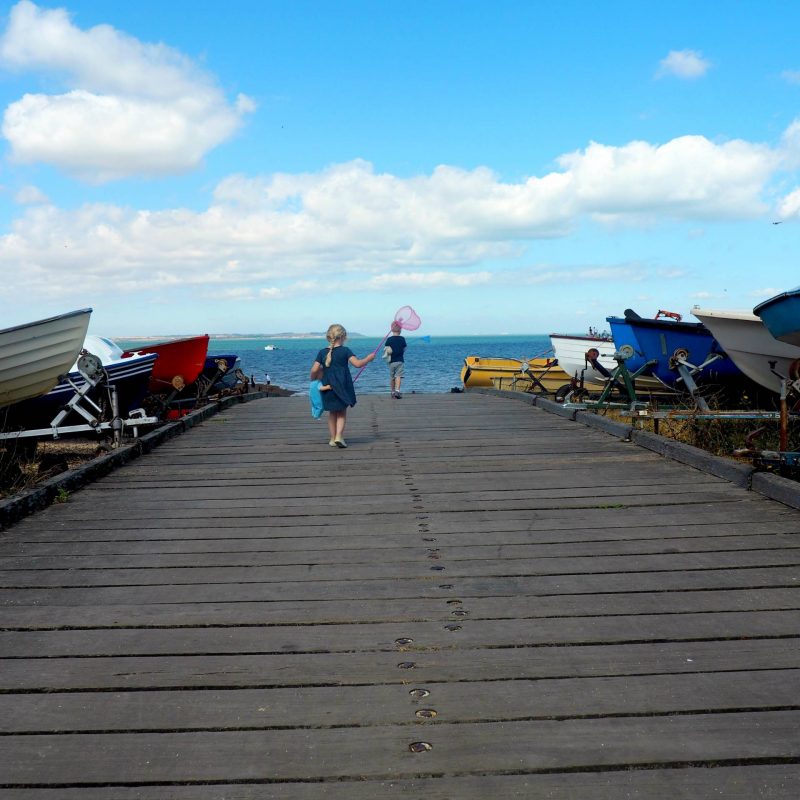 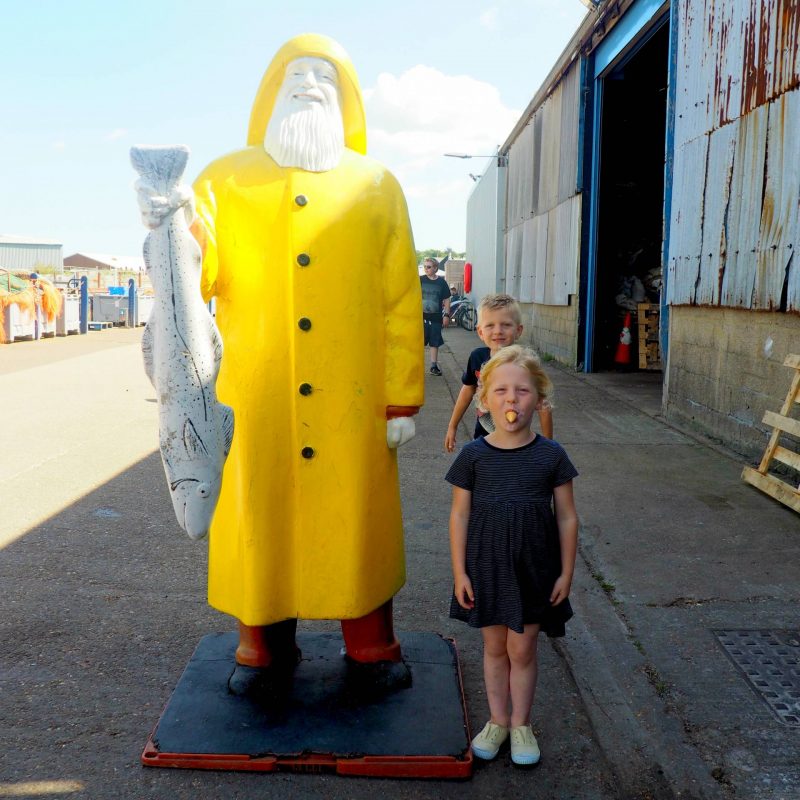 About a month ago during the summer holidays I decided on a bit of a whim to hop on a train with the children and head to Whitstable, Kent, for a few hours. We’re lucky that where we live in South East London is relatively easy to travel to Whitstable from (about an hour on the train), so it’s definitely ‘doable’ with little ones. As someone who grew up in Bedfordshire (and about as far from the sea as is possible in the UK!) I’ve really loved exploring the Kent coast these past few years, both with and without our family.

I’d been to Whitstable with friends before, and also with Freddie when he was a baby, but not since having both children, so thought it would be a lovely day out for the three of us (sadly Adam was at work). I did wonder, having been sans offspring before, whether or not there would be enough for a 4 and 5 year old to do, as the place isn’t known for having an especially sandy beach or rides and attractions for children, but we all managed just fine!

Here are some snaps of our trip…. 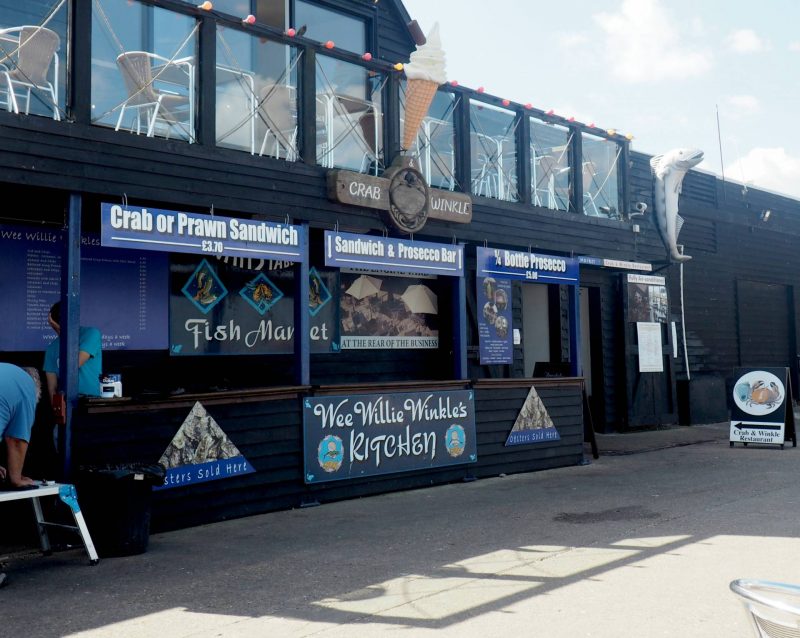 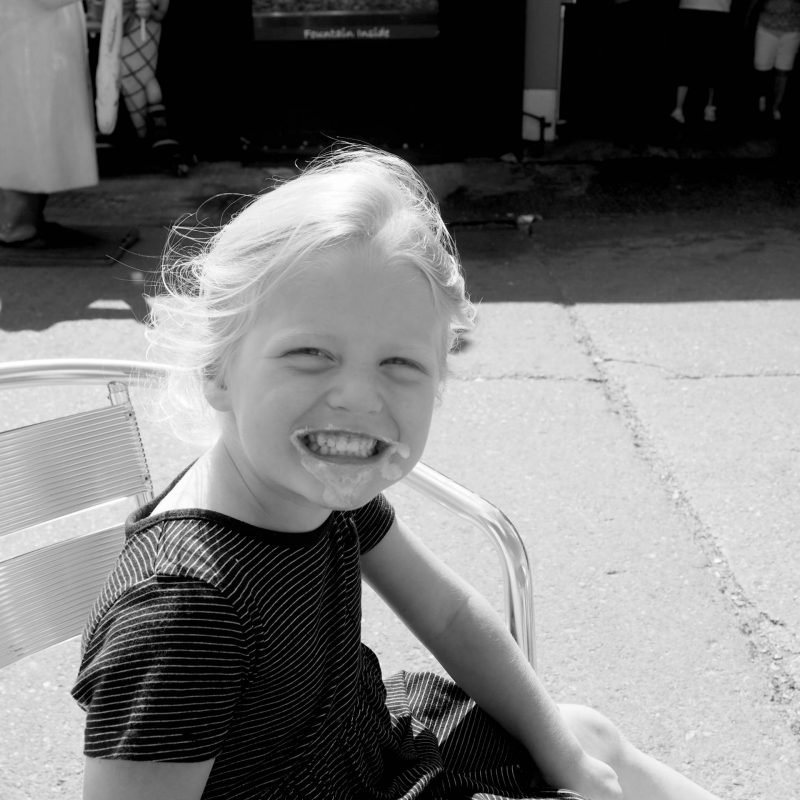 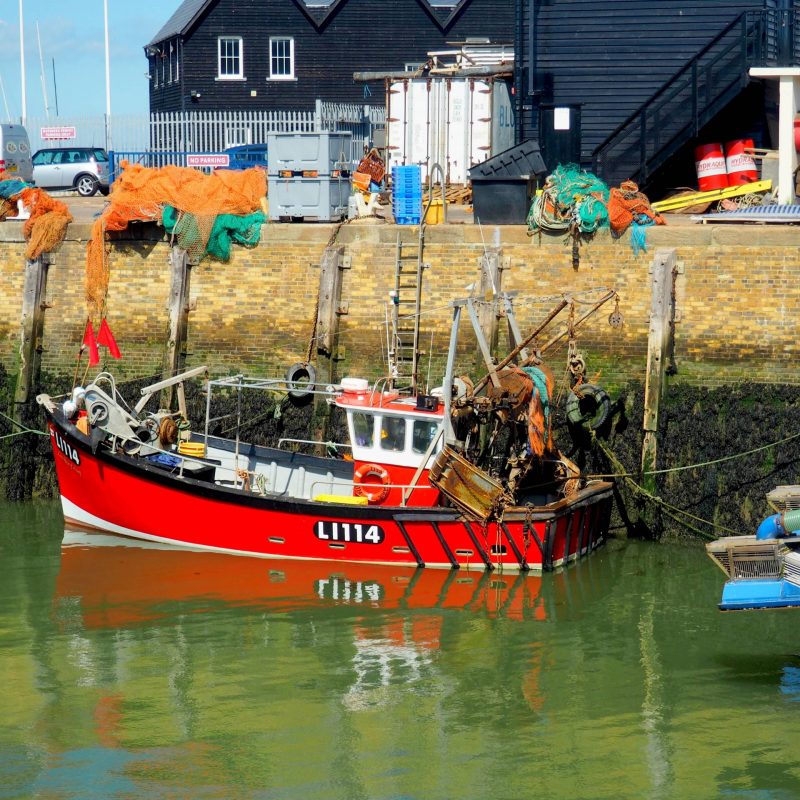 ^^^First up we stopped at the harbour and had a much-needed ice cream after the long-ish walk from the train station, which is about a mile from the sea front. Both children enjoyed watching the boats pootle in and out of the harbour, and you’re reminded that Whistable is very much a working seaside town, what with the huge fishing and oyster trade. 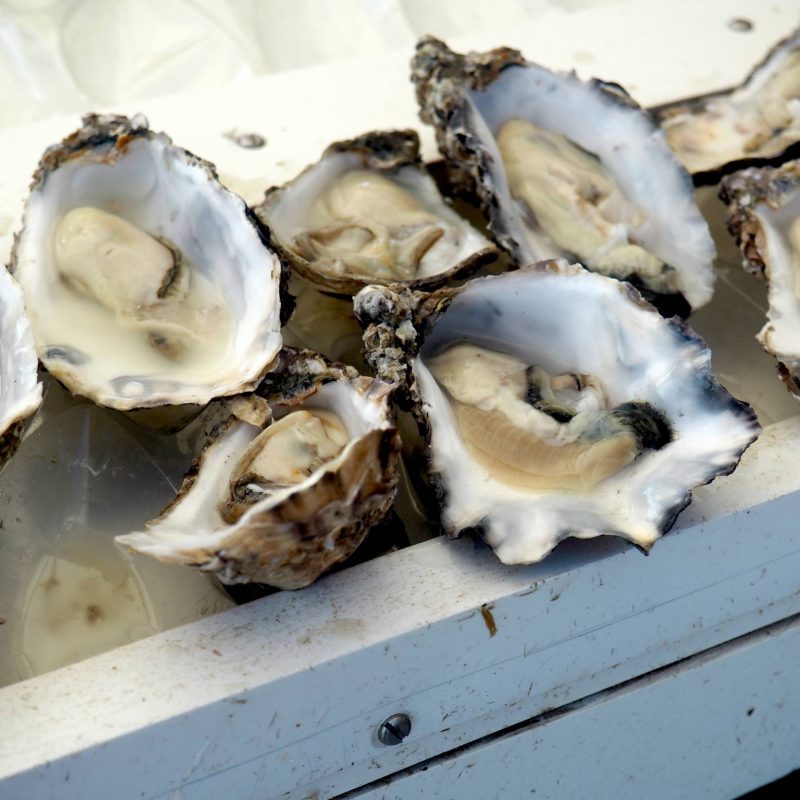 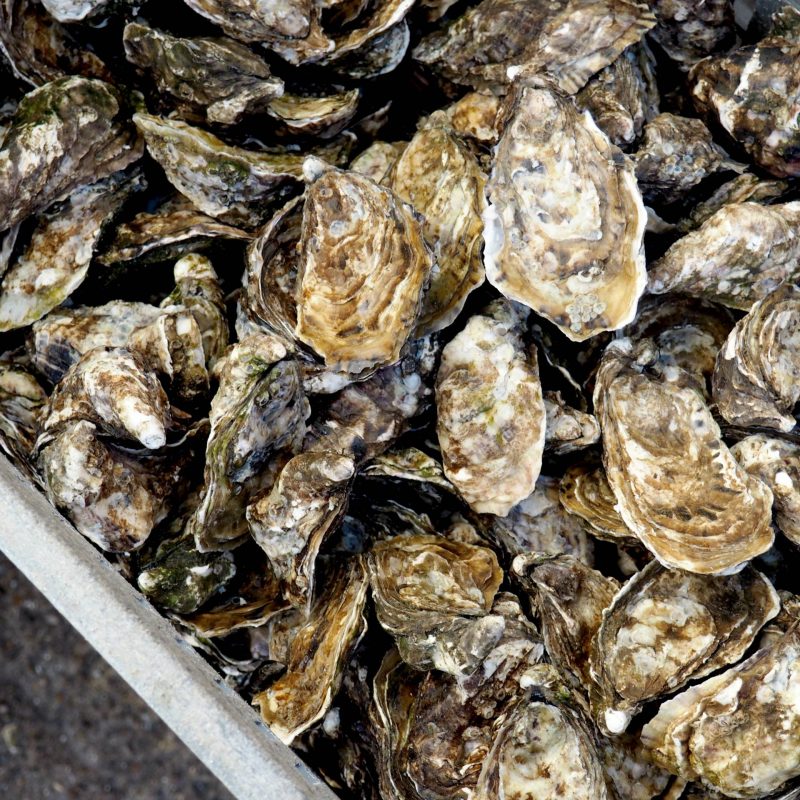 ^^Talking of oysters, both Freddie and Sasha were fascinated by the many stalls operating around the harbour, and also looking at the different types of fish you could buy to eat. I think this was the first time that it properly registered with them that what they eat a few times a week, is (or rather, was) a real fish- reality check! I absolutely love the colours and textures of oyster shells, and later in the day we picked up several on the beach to put in our buckets and bring home. 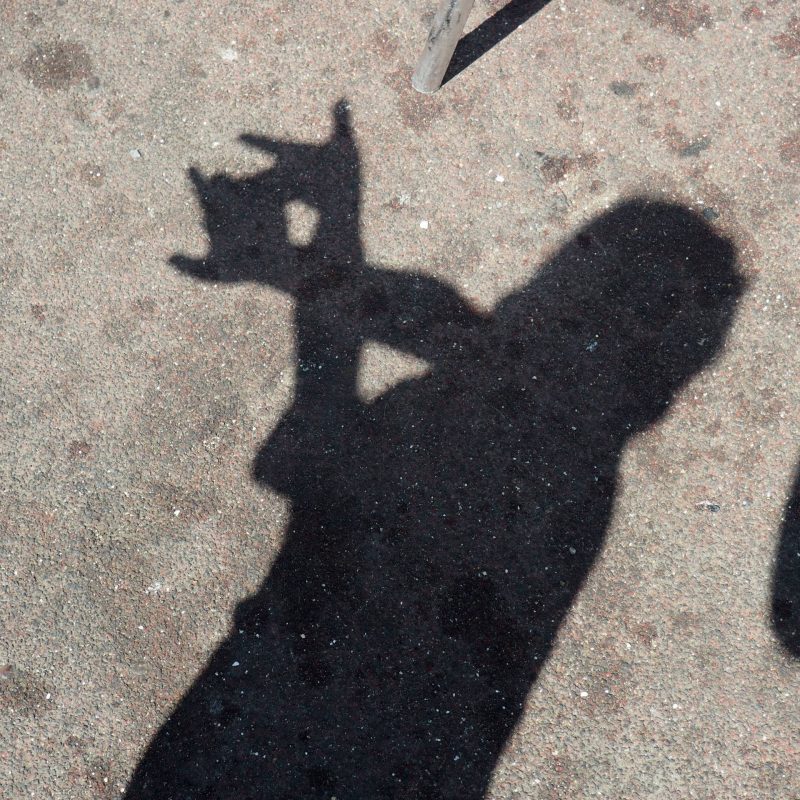 ^^My boy making shadow puppets by the harbour! 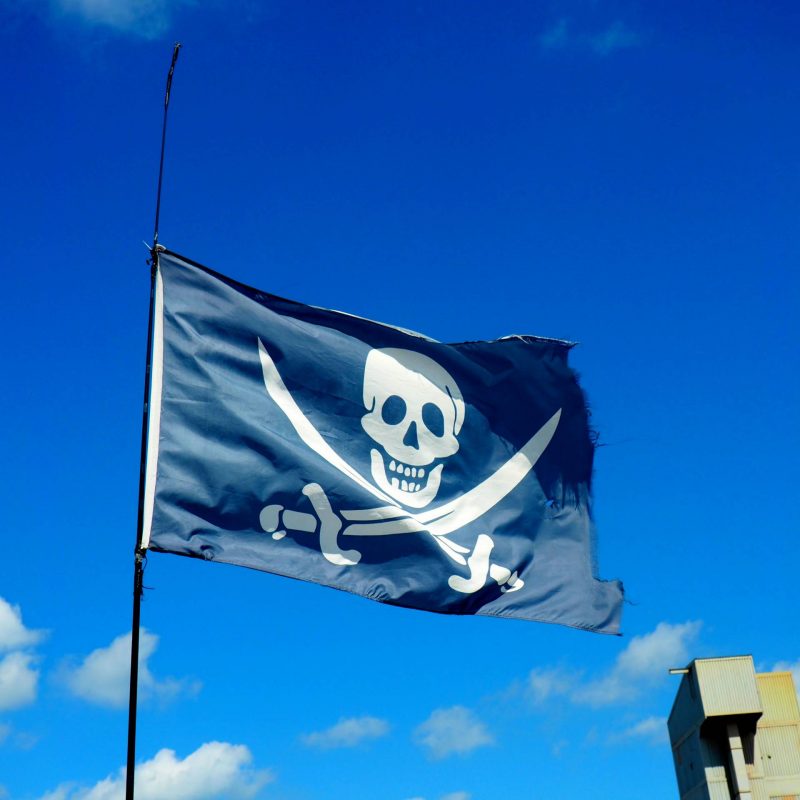 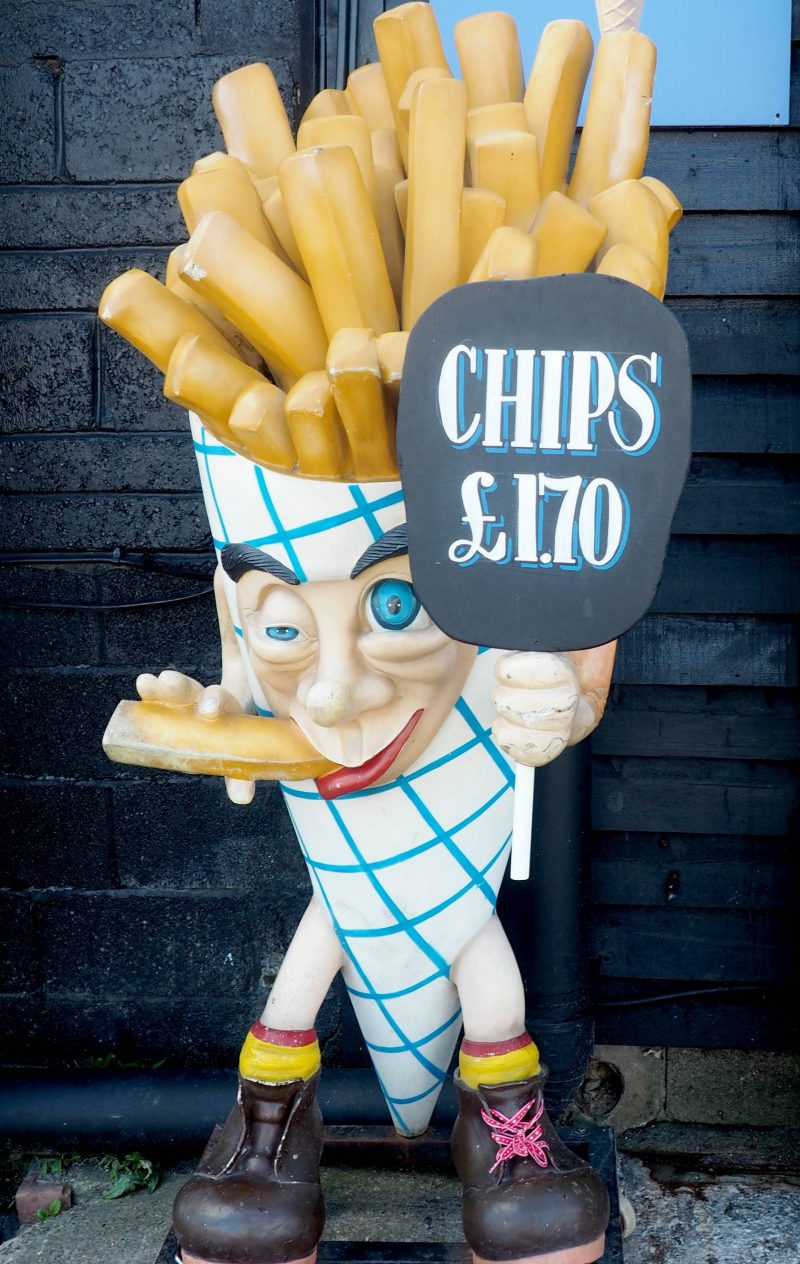 ^^Love this, totally a British seaside thing- I adore quirky, and you wouldn’t get this anywhere else in the world! 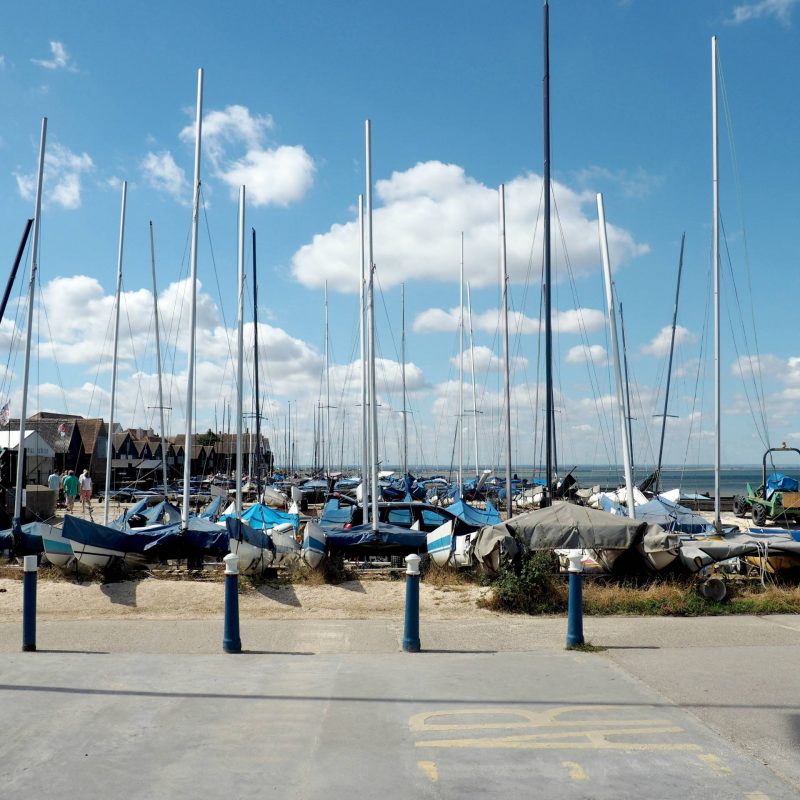 ^^So many lovely little boats, although sadly most had their covers on so we couldn’t get a proper look. Even though it was the summer holidays, I was surprised how quiet whitstable was on a summer week day, which makes it an enjoyable place to take children, especially if you’re an adult on your own with them. 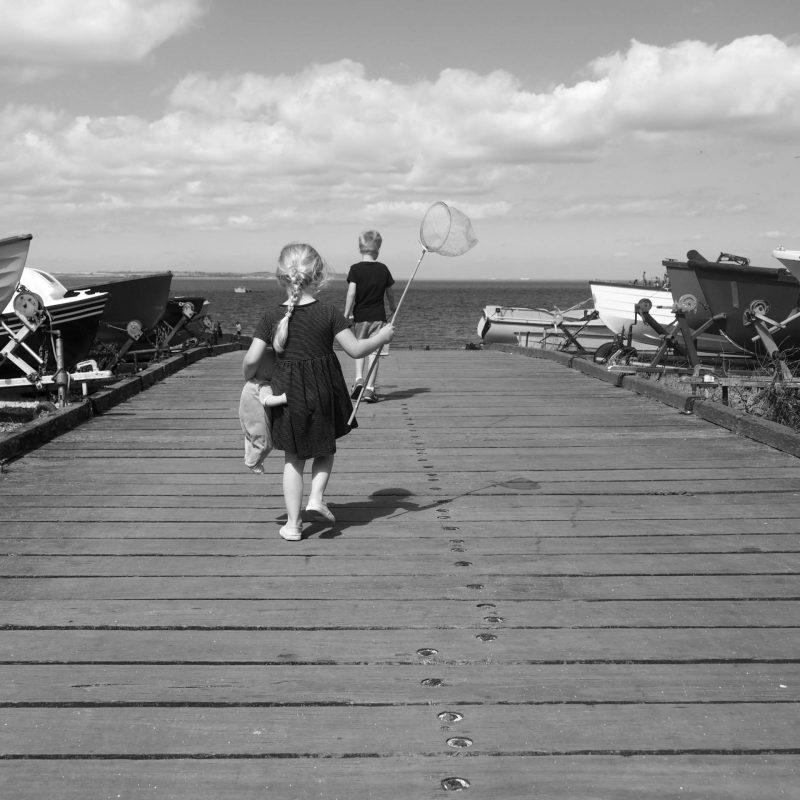 ^^After picking up nets and buckets from the harbour shop, we headed on to the beach. It was about 11.30am and the tide was out, which made it perfect for pottering around in the little pools that had been created and look for crabs. I underestimated that even though the beach is predominetnly shingle, there is actually a fair bit of sand, so we all trooped back off the beach to the RNLI shop to buy spades- aargh! 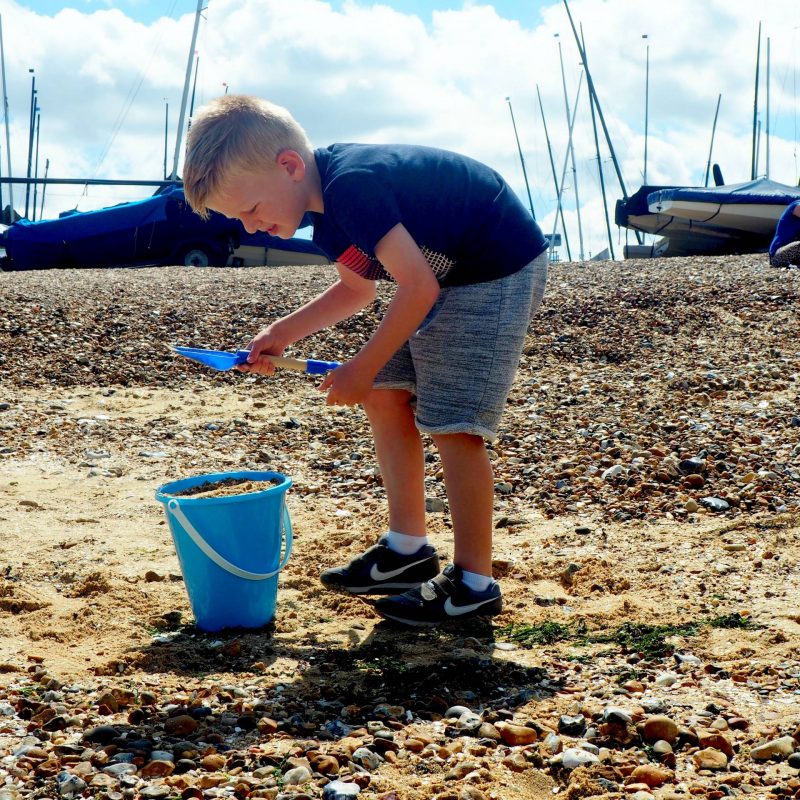 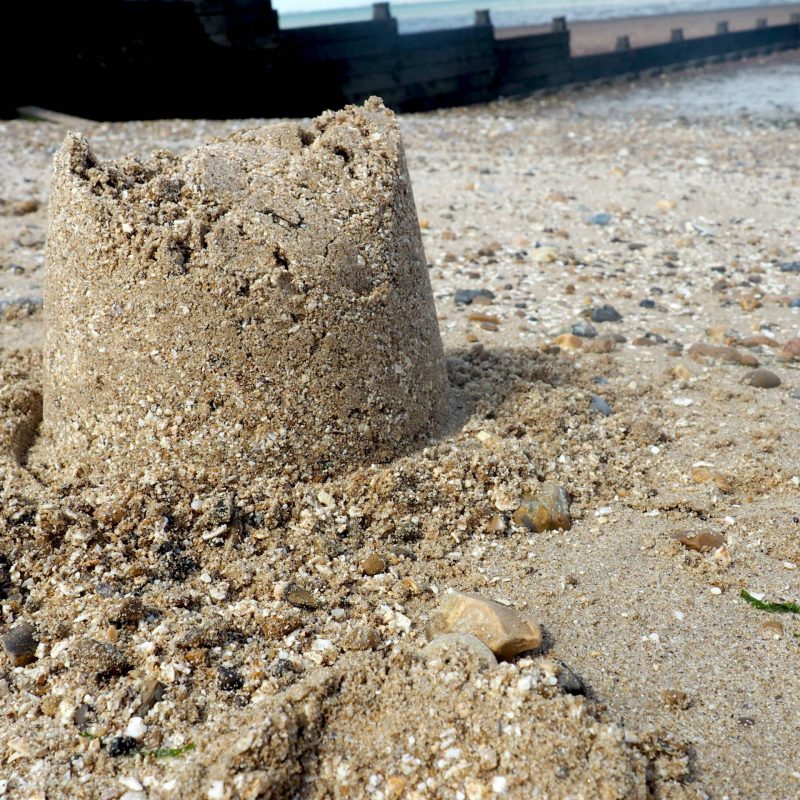 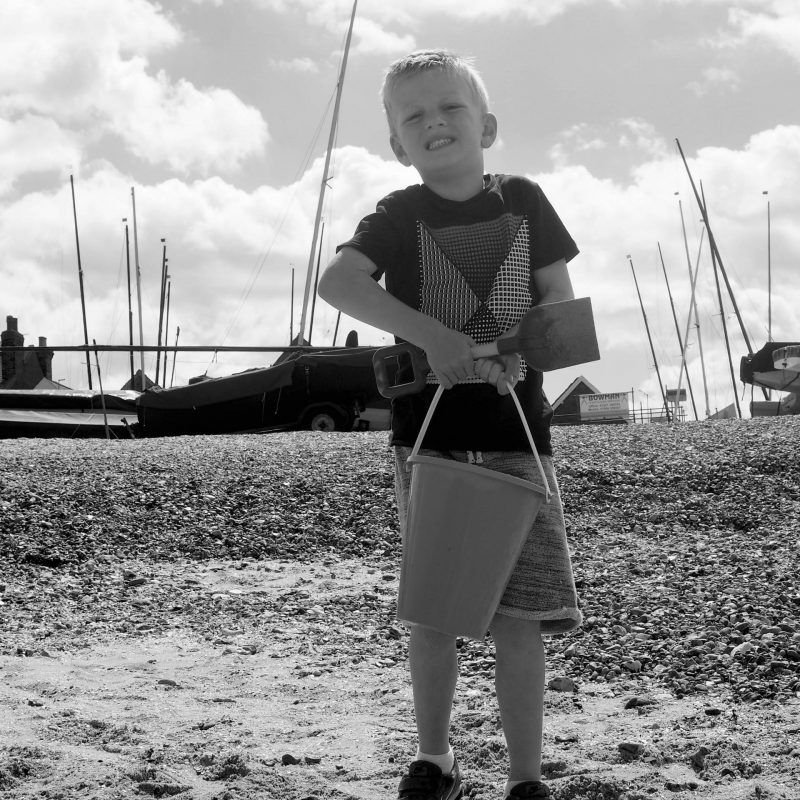 ^^Properly kitted out this time, both Freddie and Sasha had a brilliant time digging in the sand and making (slightly wobbly!) sandcastles. I’m pretty sure Freddie built up his arm muscles lugging bucket upon bucket of sand about- and yes, I did offer to help, and no, he didn’t want it! 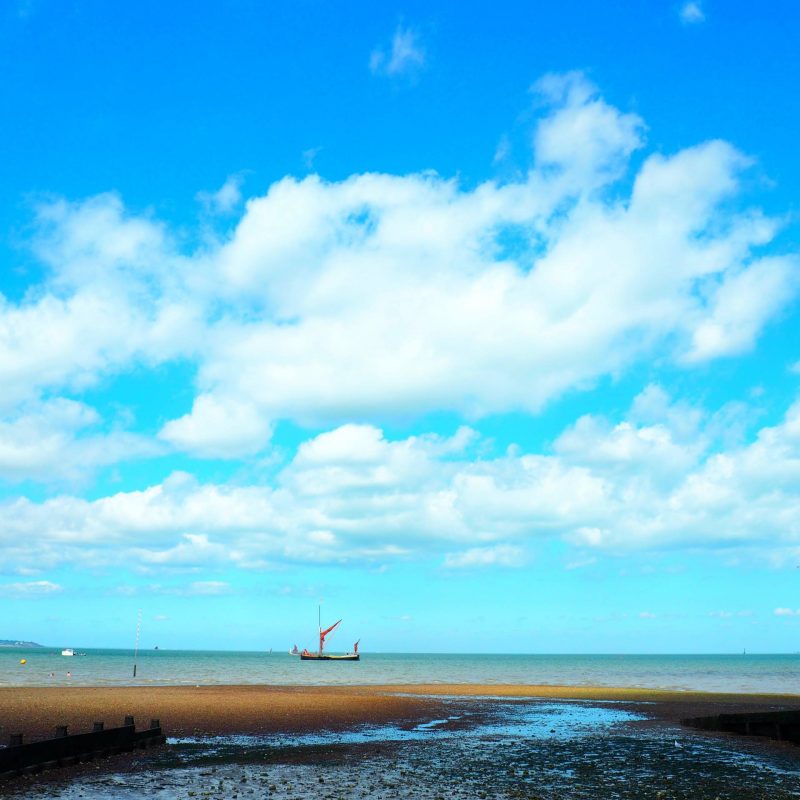 ^^What a view! and that sky! Whilst the children played, I kicked back, played with my camera and watched boats sail along the coast. Whilst I’m not keen on actually swimming in the sea (I can’t be the only person who freaks out when they get seaweed on their legs, right?!), I LOVE being by it. I find it so relaxing and peaceful, and the sea air is something else compared to what we’re used to in London. 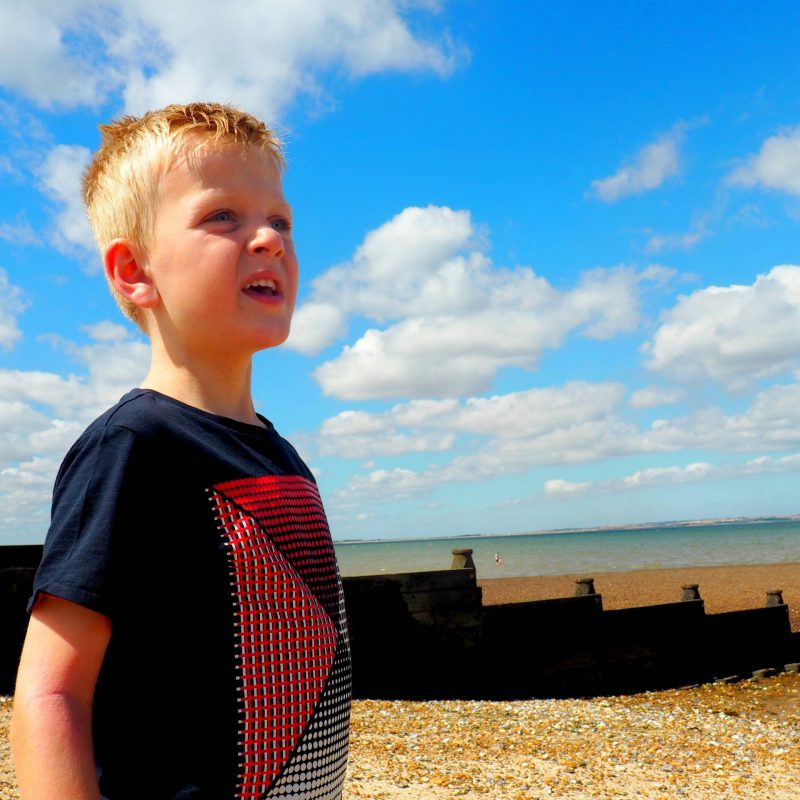 ^^Little F watching some of the boats sail past. Still very much a transport man, and boats are on the favourites list! 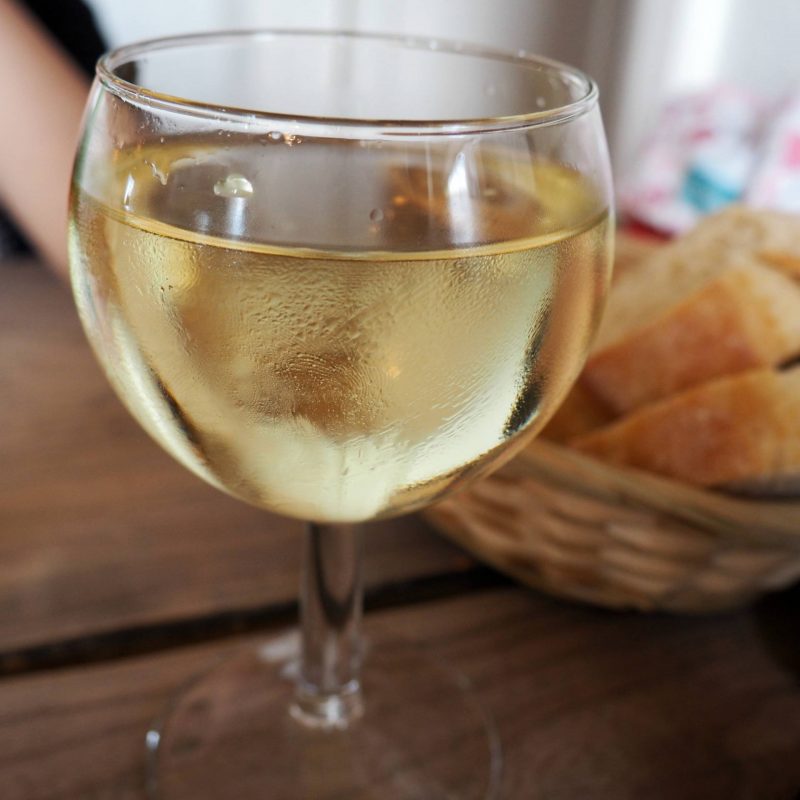 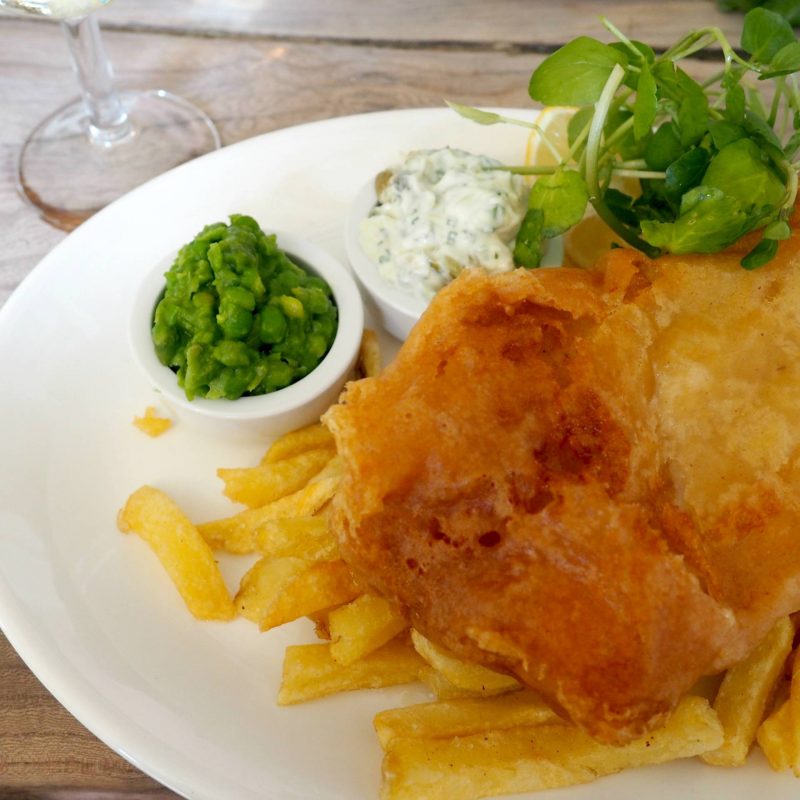 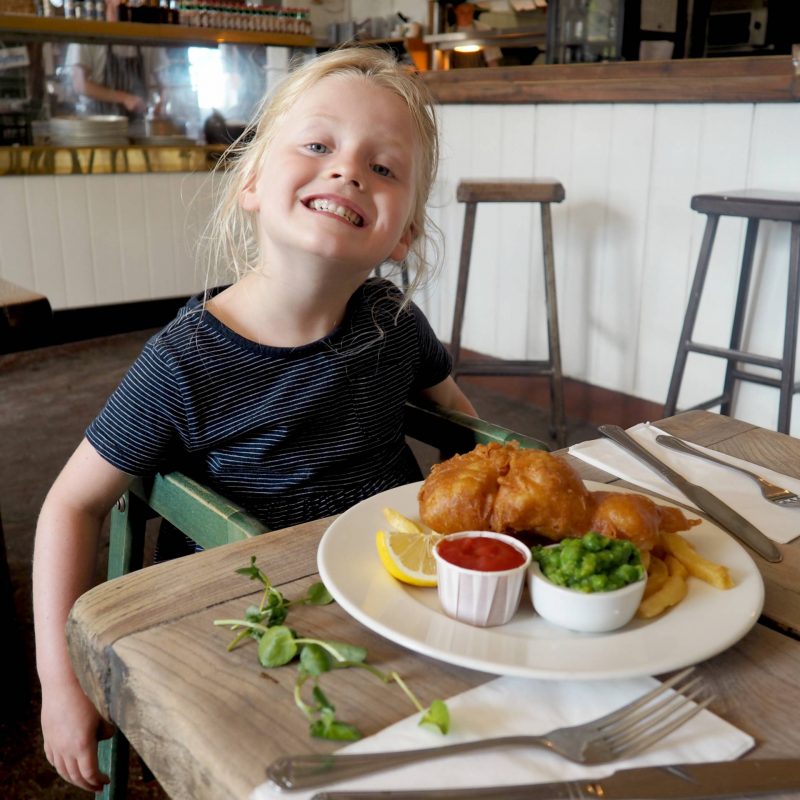 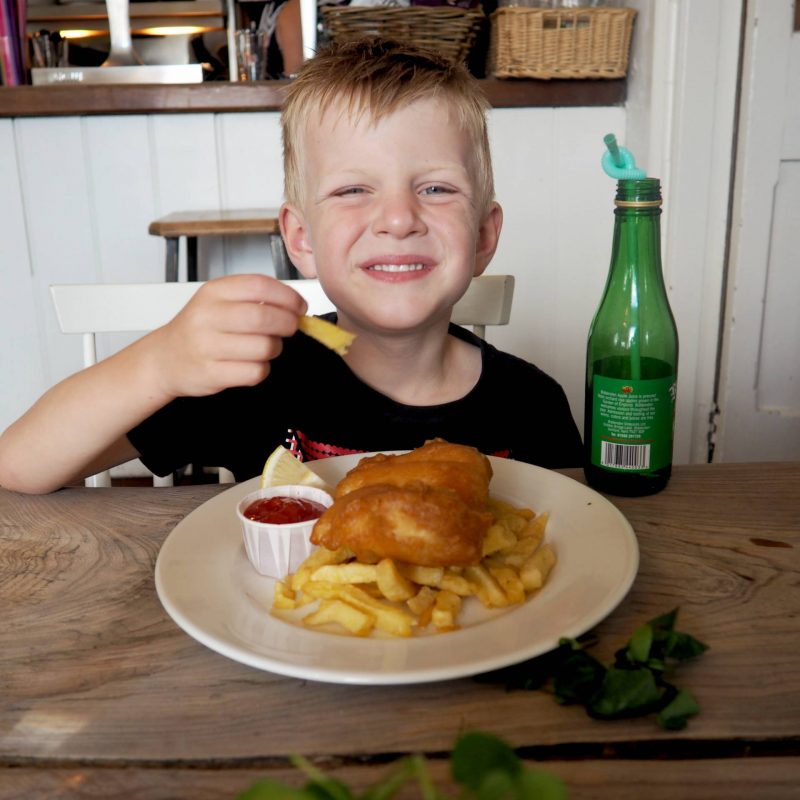 ^^To round off our trip we had an early tea at The Whitstable Oyster Company, an AMAZING restaurant off the beach. We accidentally ended up here, as I was planning on just grabbing fish and chips to have on the shingle, but couldn’t find anywhere near us and the children were getting tired so I thought we’d give it a go.

We had fish, chips and mushy peas 3 ways- grown up portion for me, and kids portions for them, plus a glass of glorious Sauvy B and a couple of juices. The food and wine was delicious, but the portions were huge and Freddie and Sasha could easily have shared one- noted for next time. The setting is gorgeous too, especially if you manage to get an outside table (you’ll prob need to book in advance for one of these), but I’m not going to lie, it IS pricey, and I nearly fainted when the bill arrived (nearly £50 for the 3 of us for food and drinks!), but it was a rather lovely treat. If I was more prepared, I probably would’ve brought a picnic, and grabbed some chips as a treat on the way home. 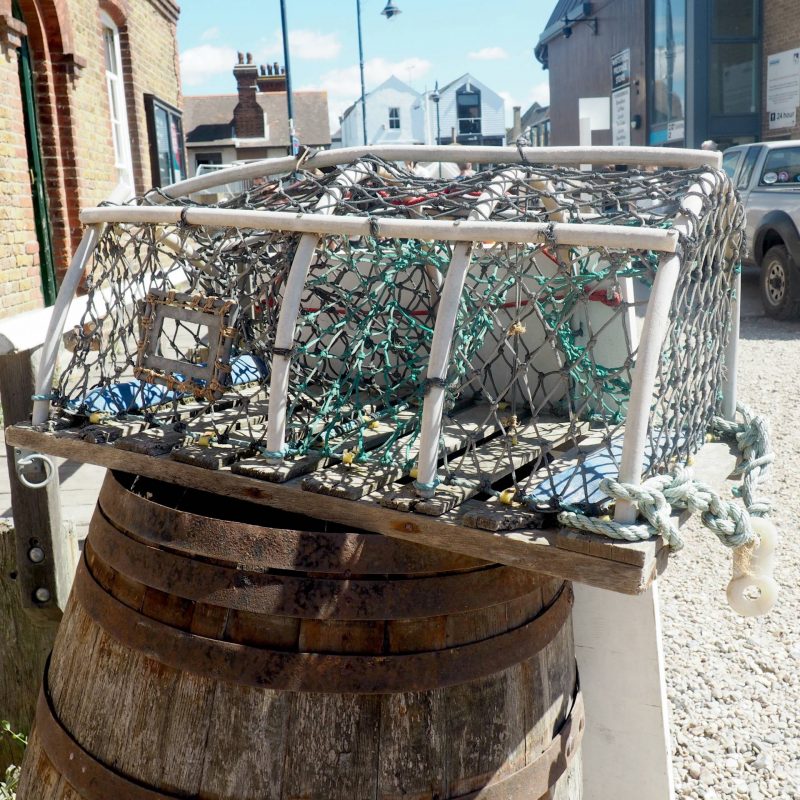 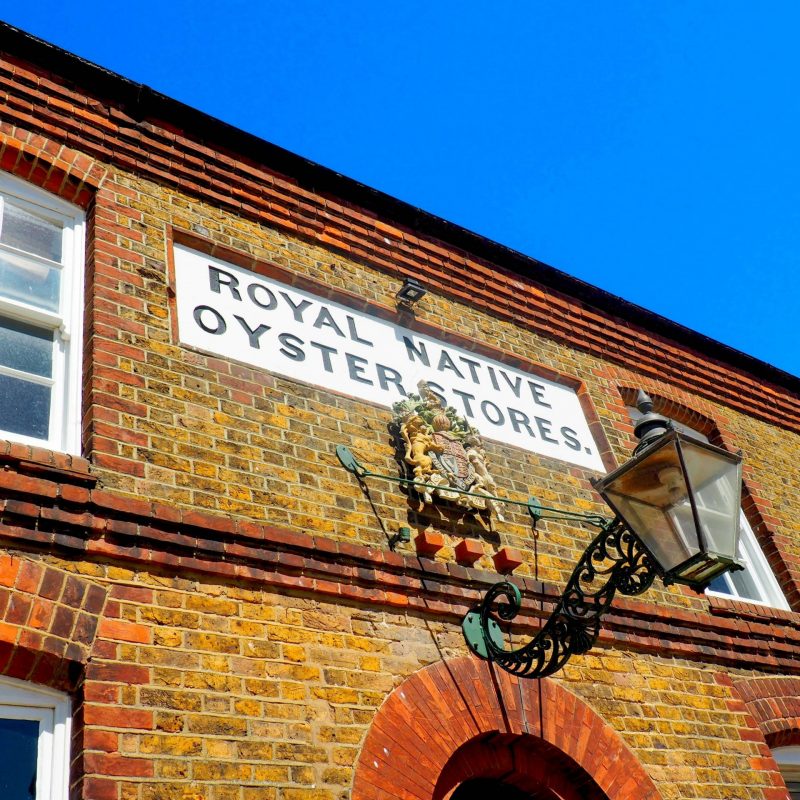 Whitstable is beautiful and we had a lovely day out together, but with children the age Freddie and Sasha are, half a day is probably enough to have a play and dig on the beach and then have some lunch/tea. I’d definitely like to come back again with just Adam for an afternoon/evening, and make the most of strolling around the many unusual shops and vintage clothes and homeware stores, and try out one of the oyster and champagne bars (I didn’t feel I could justify this on my own with a 4 and 5 year old and without seeming a bit odd!). All in all though, a fab summer day out.

Whistable- we will be back!