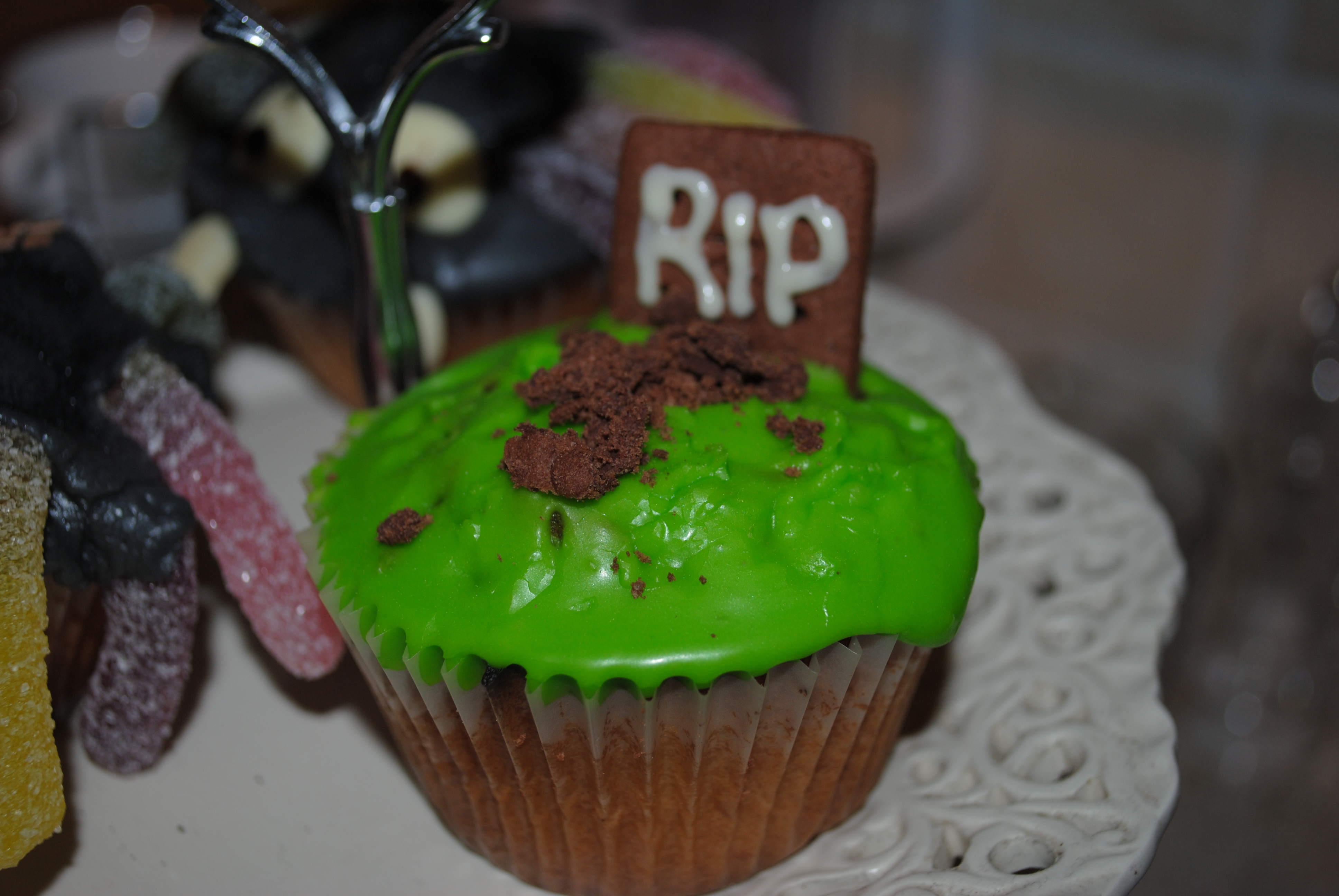 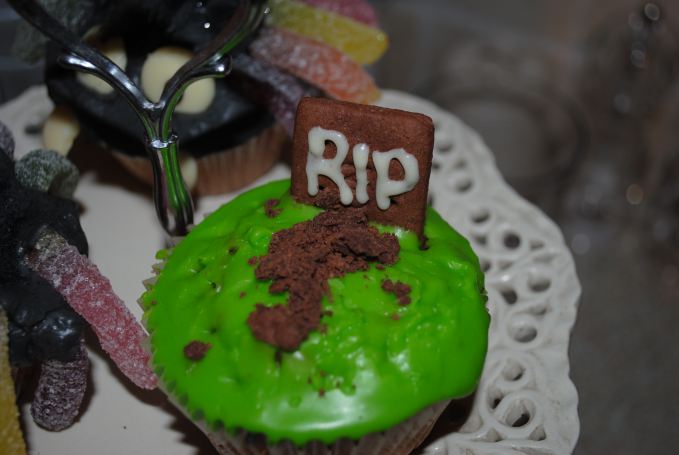 These Halloween graveyard cupcakes have always been a hit, and are again, very easy to make. As with my ‘Fangtastic Spider Cupcakes‘, the actual cupcake recipe is a basic vanilla one, and makes 12.

For topping your graveyard cupcakes, you will need: