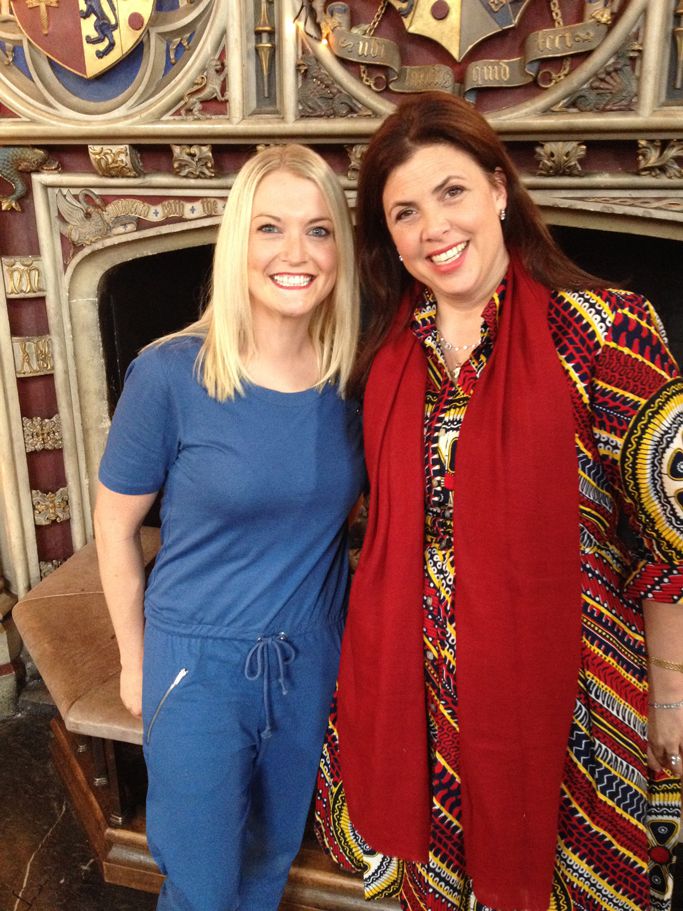 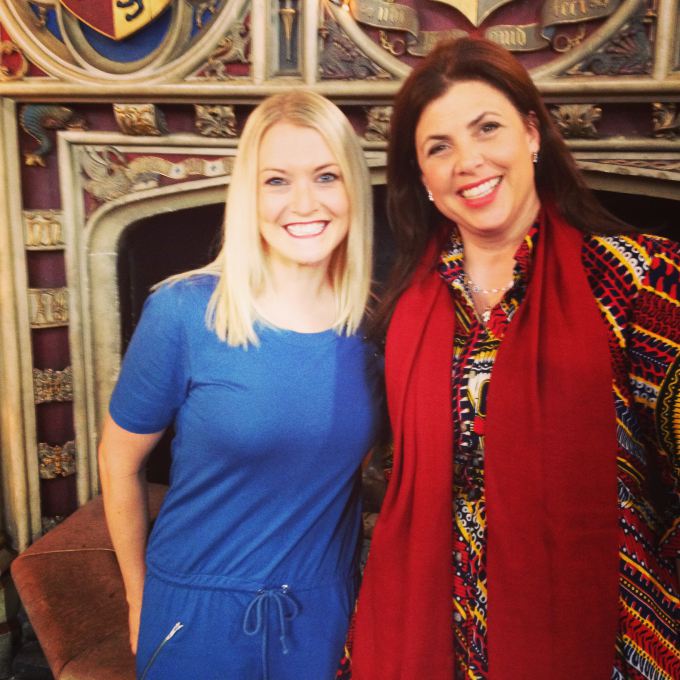 Last month I received an email, one that had part of me squealing like a loon (well, in my head, I was actually out doing the school run at the time and might have looked a bit weird), but also one that terrified me in equal measure, despite it being what would usually be a ‘pinch me’ moment.

I was invited, with less than a week’s notice, to travel down to Devon to film Channel 4’s ‘Kirstie’s Handmade Christmas’, alongside, of course, the property and now craft legend that is The Allsopp. I was to create and style a Christmas-themed dinner table of my choice, and of course talk about it with Kirstie on the telly, as well as filming other segments explaining in detail exactly what I was up to.

VERY exciting, and something I would have dreamed of doing years before, but nonetheless extremely knicker-browning stuff when the chips are down and you realise that THIS IS ACTUALLY HAPPENING.

And despite already giving the production team a detailed explanation of how I would style everything (a family orientated nordic theme), and despite doing a styling dress rehearsal on my kitchen table with the help of my Mum a few days before whilst the kids were at school/preschool, I still felt TERRIFIED.

Because of that old foe ‘imposter syndrome’, that irritatingly debilitating condition that seems to affect women more than men, and whereby we think we’re not ‘worthy’ or ‘up to the job’. If you were to meet me, you would think I was very chatty and probably pretty confident, but when it comes to something like this, I was mentally looking over my shoulder, wondering when people were going to discover that I wasn’t up to the job, and waiting for someone ‘better’ to take my place.

After all, I’m not a real interiors stylist.

Sure, our bathroom has been featured in an interiors mag, and I don’t think I’ve too bad an eye for doing up certain rooms (although living room, you are proving to be my nemisis <narrows eyes>), but SURELY I would be caught out? Surely I wouldn’t match up to the other people taking part in the show? Which I know is silly thinking, as the crew had found me through this blog as obviously liked what they saw, and the interiors posts I had previously written. But, but…

I was worried I would make a fool of myself. I was worried about driving the 6 hours or so down to Devon. I was then worried about getting on the train instead, and if all my stuff would fit in 2 suitcases and if my vintage china would arrive in one piece. I was worried I’d say something ridiculous (still time for this, I haven’t seen the final edit yet!). I was worried my ideas would be lame, and that compared to everyone else they wouldn’t be ‘cool enough’, ‘crafty enough’ or look ‘pretty enough’. I felt bad that I would miss the trip to the circus that we had tickets for (my Mum went in my place with Adam and the kids), and felt even worse that I’d be missing Sasha’s first Harvest Festival the next day, the event that she’d so wanted to sing songs to me at (luckily Adam stepped in!).

Part of me was secretly hoping that they would call, or email and say that they didn’t need me anymore, and then I wouldn’t have to fret about all the above. It was giving me seriously sleepless nights!

But you know what?

I did make that train journey down, despite the faff of bringing everything. I was nervous, but managed to talk about what I was doing, and hopefully explained everything okay. The crew, people I was filming with, plus Kirstie were lovely. Everyone seemed to like my ideas and the thoughts behind them. I actually managed to relax, despite the pressure of being on camera, and I actually enjoyed myself!

On the long train journey home that evening, sipping on a large G&T, I felt exhausted, probably due to the adrenaline of the previous couple of days. But I also felt AMAZING, totally buzzing, and so, so glad I’d had the guts to go through with it. My confidence has soared, and I feel great from trying something new.

It’s made me realise that in order to maintain a spring in my step, it’s important to push myself out of my comfort zone, and feel the fear and do it anyway. So whether that’s pitching an idea to a company, speaking to someone new at an event/at the school gates, or trying a new hobby/class, I’m going to try as much new stuff as possible, whenever possible. I think it’s easy to get into a rut when you have young children, due to tiredness, and lack of time, but I’m going to try and say “yes” more, if it suits me and our family time-wise.

You can judge for yourself in December whether or not you like my styling, and I’m still not sure I can watch myself, but I don’t regret for a minute giving it a go!

I’m so pleased I did.

Have you tried anything lately that’s pushed you out of your comfort zone?

*Apologies for the blurry picture, I didn’t have my good camera with me as it was supposed to be top-secret until we were told otherwise!