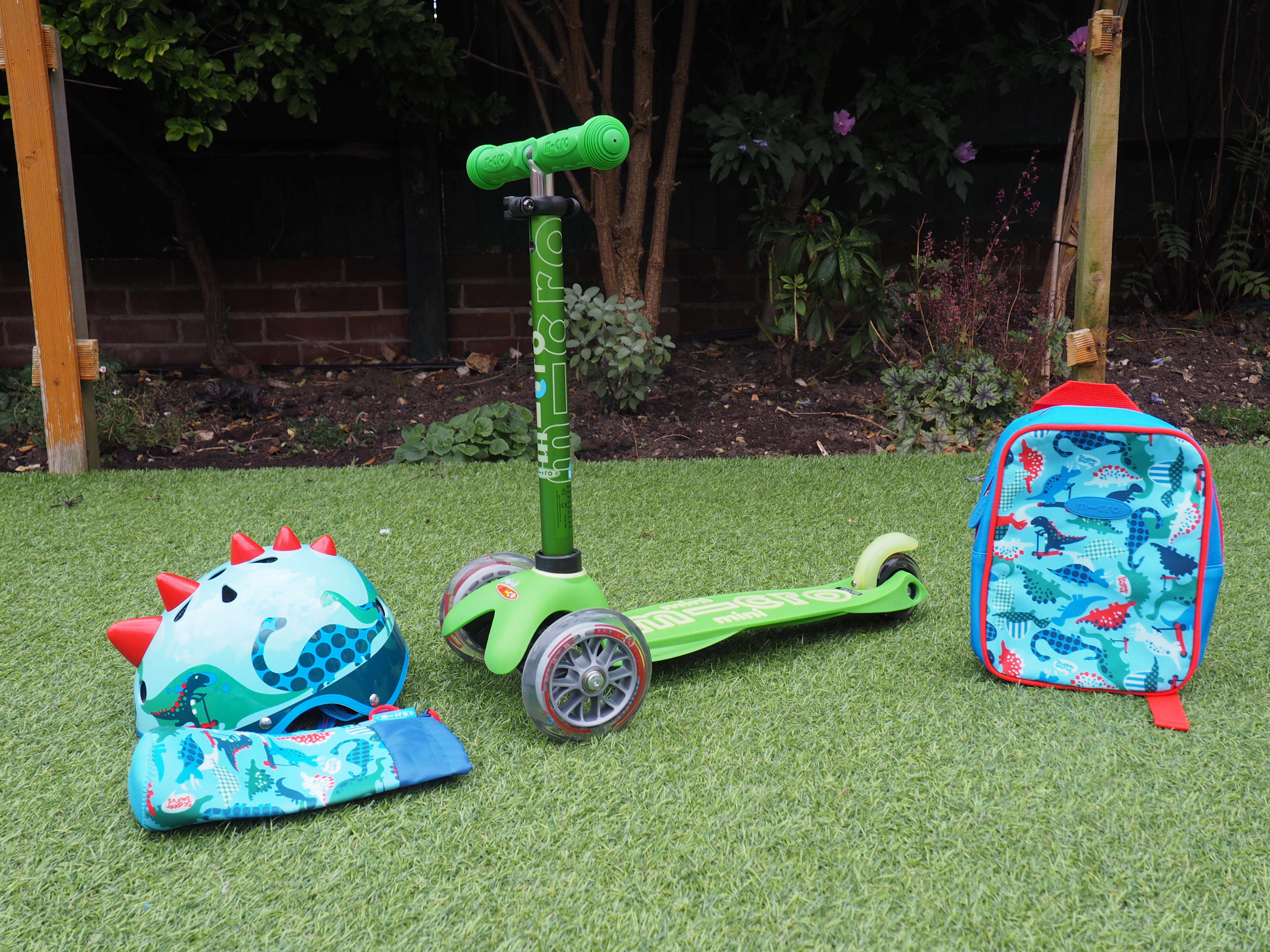 When it comes to scooting, our older two children, now aged 7 and 8, have always been huge fans. We’ve always used them for ‘fun’ in the park or out and about, to pop to the shops and as an alternative to walking to school, in a way that I didn’t really do as a kid. Sure, I think I had a scooter, but now they’re such childhood staples and used so much more (in my opinion) that it’s important to make sure you pick the right one once they reach the age where they can begin their scooting journey. So what is the best scooter for a two year old? 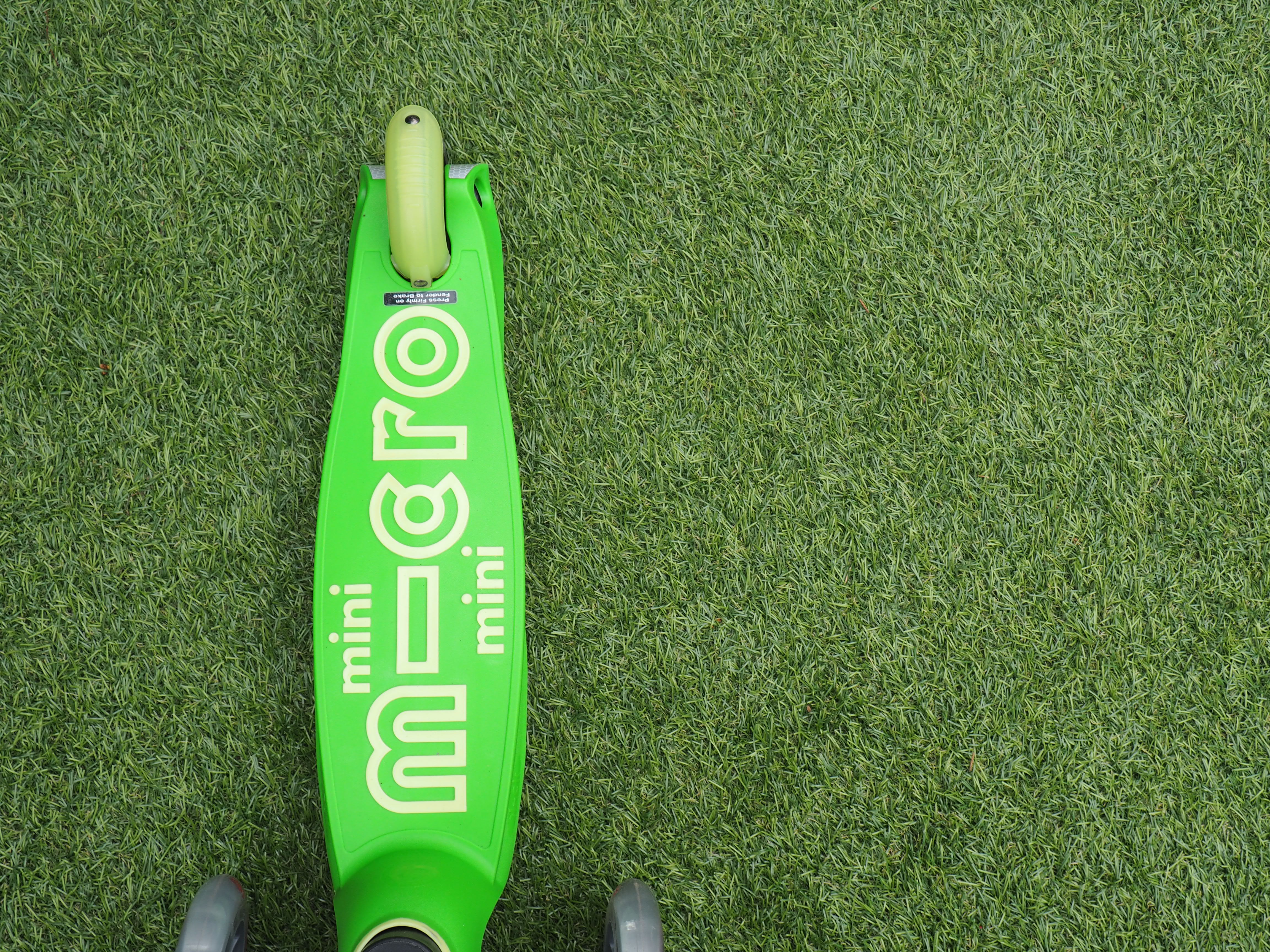 When scooter kings Micro Scooter got in touch a few months ago to ask if 2 year old Arlo would like to try some of their products for the first time, including a Mini Micro Deluxe, I immediately jumped up and down and shouted a big “woohoo!” (from the privacy of my home office I might add 😉 ) 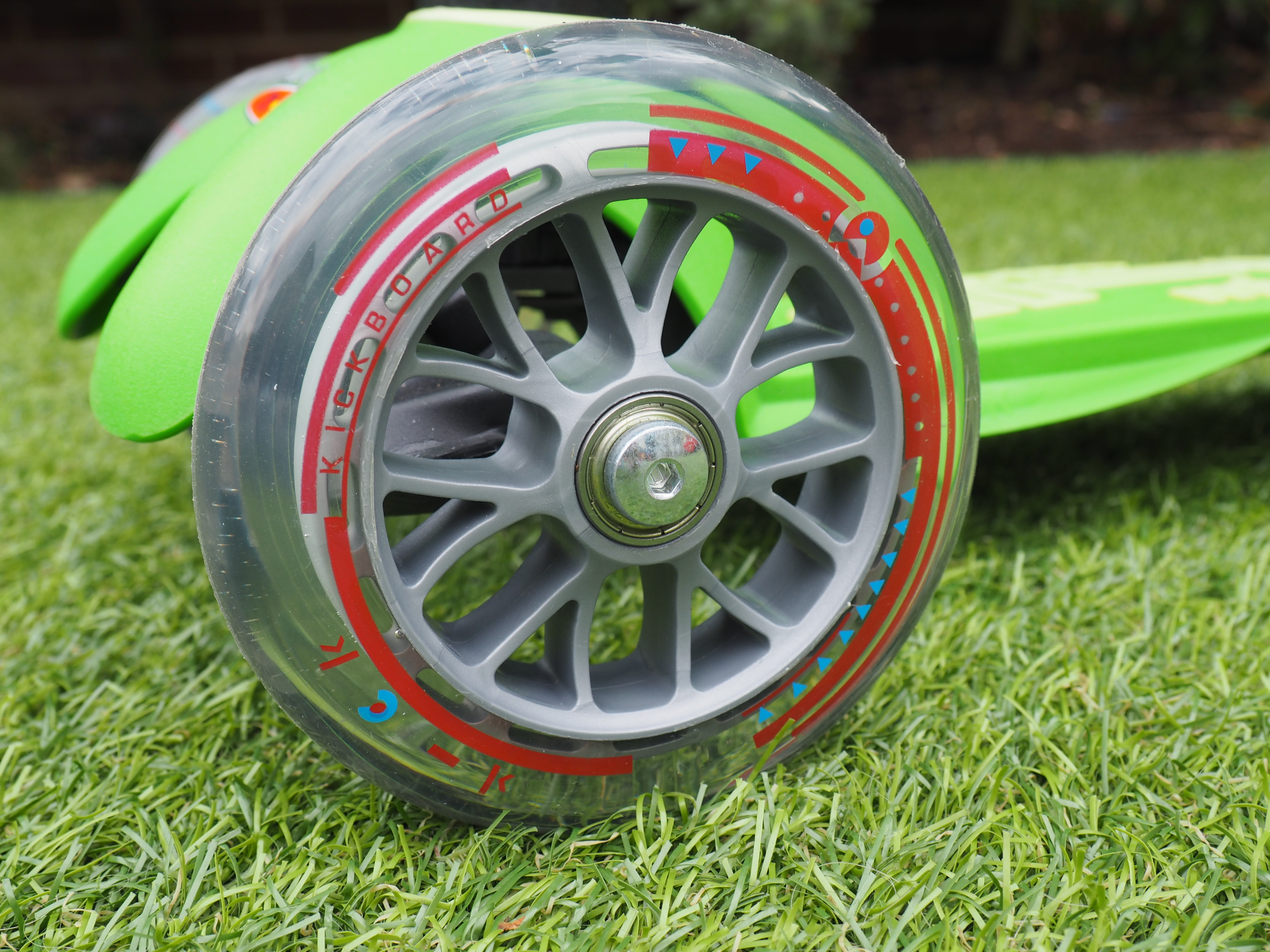 As parents we have always bought Micro Scooters  anyway for Freddie and Sasha: Mini Micros, then Maxi Micros, and now both have graduated to a 2 wheeled Micro Sprite. As tiny ones, we tried out a couple of other makes of scooter, of which both were perfectly okay, but just that bit, well, clunkier. Once we purchased a Mini Micro for Freddie, then aged 2 and half, the difference in his scooting experience was noticeable: The Mini Micro was lighter and easier to steer, and in no time at all he was whizzing about. Sasha had a similar experience a year later, and then there was no looking back.

Arlo had only just turned two when we received our new scooter, a little younger I think than his siblings were when they first had their Mini Micros, so I was interested to see how he got on with the Mini Micro Deluxe he was sent. Out of all 3 of our children he seems to be the one who has always been the most physically confident for his age- the first to walk at 11 months, and a real climber and dare devil – so I was optimistic that he’d soon get the hang of it. We’ve been testing our Micro Scooter for the last few months so we can really see how he got on with it (we like to test things properly here), and after a slow start when he wasn’t sure how to steer, he soon got to grips with it… 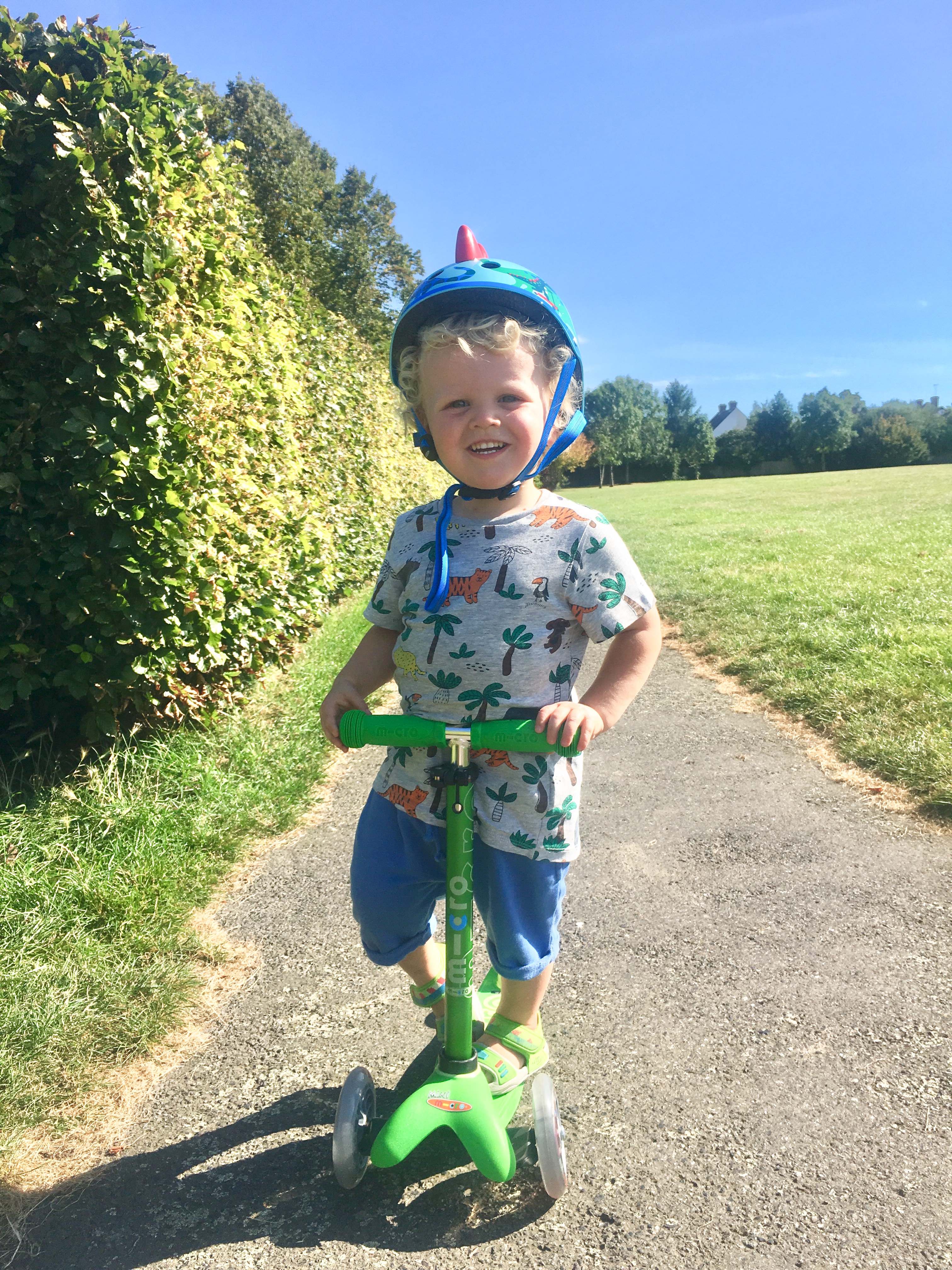 And get the hang of it he has! Look at him go! This was him when we still had great weather, but even during Autumn and winter our scooter has been getting more and more use.

I made sure he was helmeted up in his new Micro Scooters Dinosaur Helmet, which has gone down a storm as he is currently dinosaur obsessed, and then we took him off to a flat, safe bit of pavement away from cars so he could have a little practice.

The one thing with toddlers and learning to scoot is that you have to be patient- Arlo is definitely a confident type and wants to “do it my own”, so we largely let him get on with working out what to do whilst making sure we were close by, and we didn’t make a huge fuss if he fell off at the beginning as we didn’t want to make him nervous.

Don’t worry though if your child doesn’t ‘get it’ straight away and keep persevering- I remember Freddie taking a lot longer to get the hang of it, but once he did he was away and didn’t look back (literally!).

It was so lovely seeing him gradually get faster and more stable (although not too fast, thank god!), and what with the handle bar being adjustable (a key feature of the Deluxe compared to the classic), we know that the scooter will last him a good few years at least. 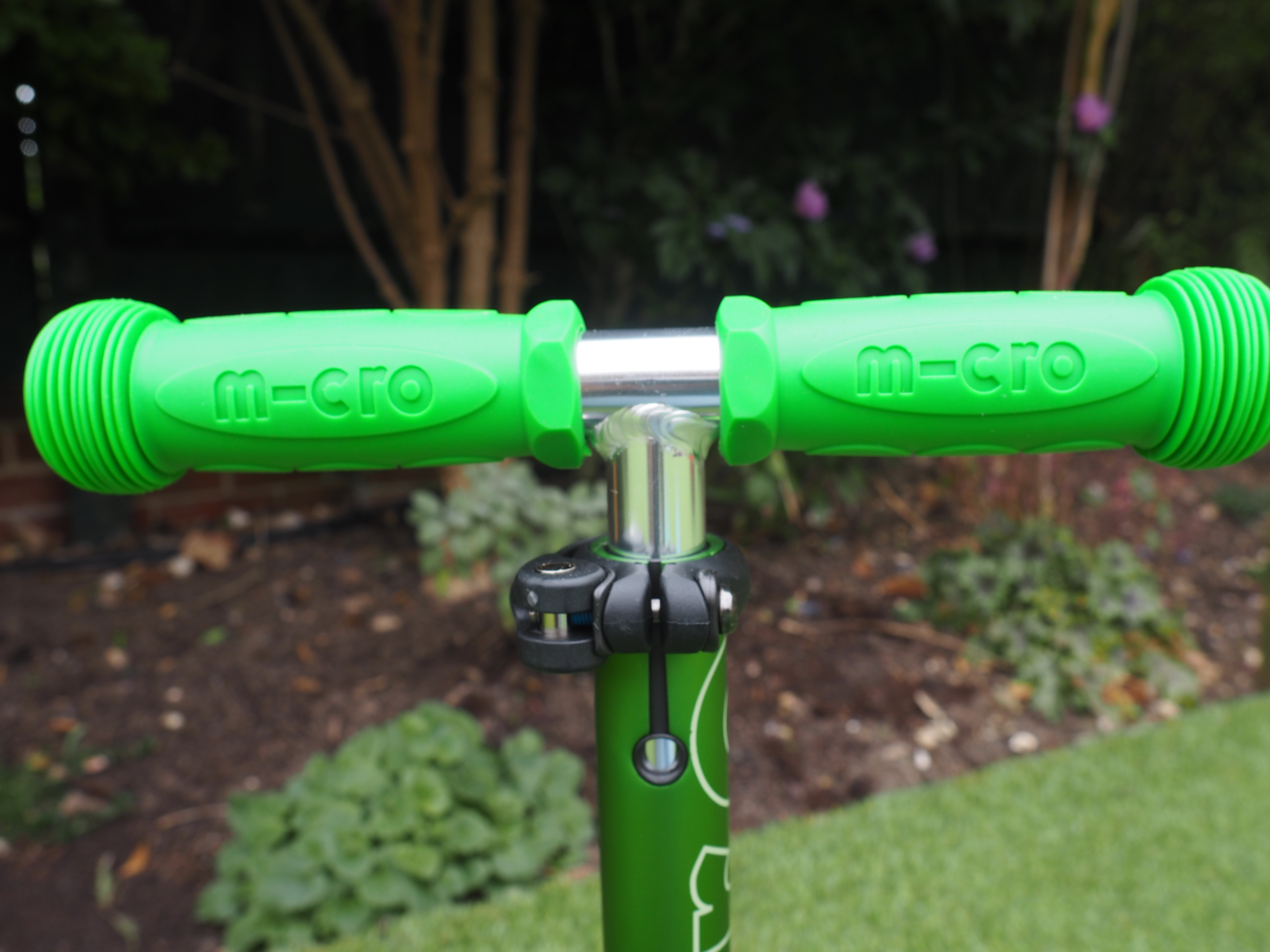 The Mini Micro Deluxe retails at around £82.95, and features an anodised stem, anti-slip silicon footplate and superior rear brake (although let’s face it, kids love to use their best trainers to help them stop). The 3 wheel layout with two at the front means they’re a lot easier to use and balance on than cheaper, heavier traditional 2-wheelers at this age.

If you’re baulking a little at the price, I can confirm that we’ve always been able to sell on the older children’s outgrown scooters on local selling sites for at least half their original price, so if you look after your scooter you’ll likely recoup a fair amount of money.

Arlo was also as proud as punch of his dinosaur accessories, including bell, water bottle holder and backpack. 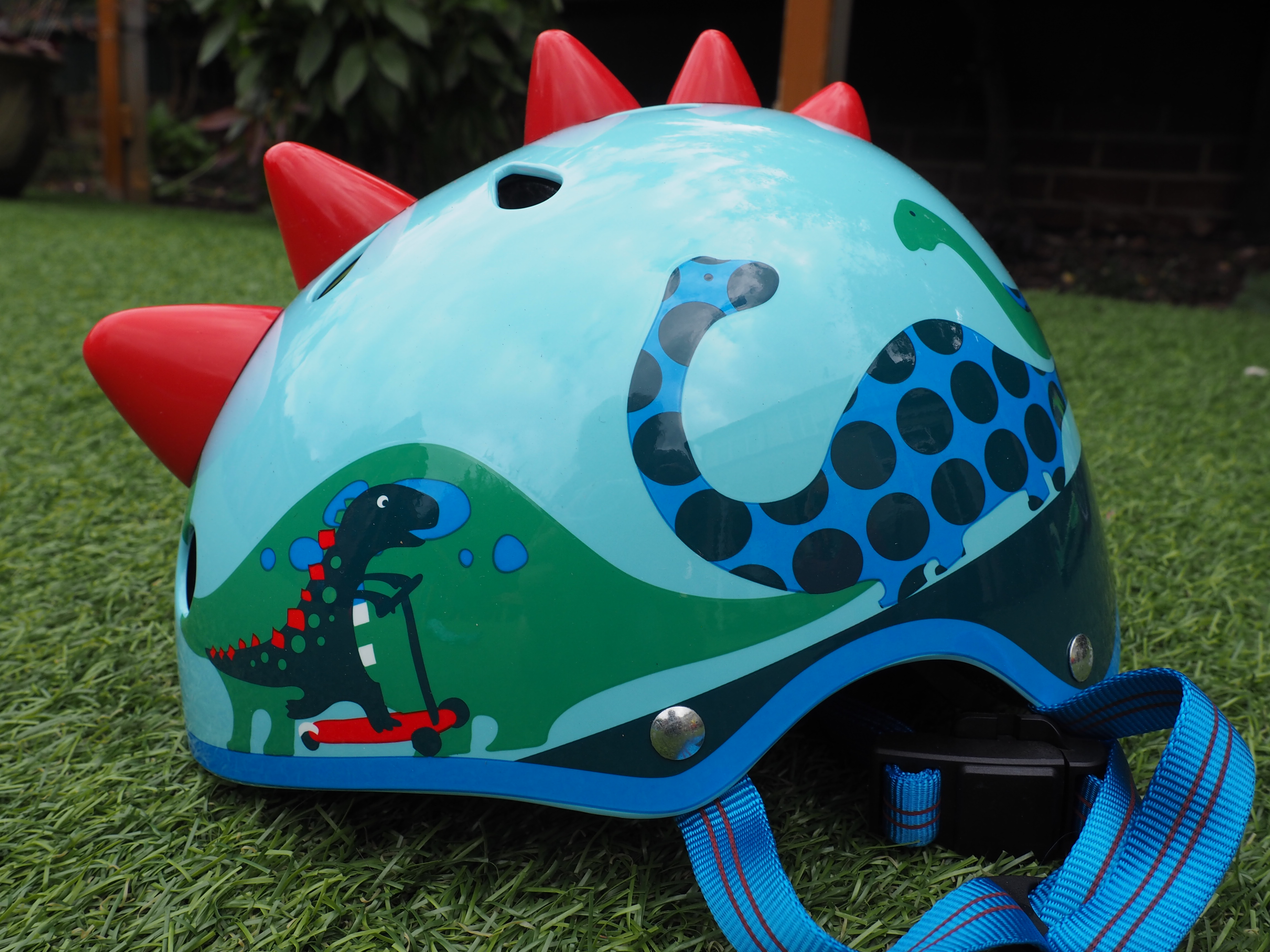 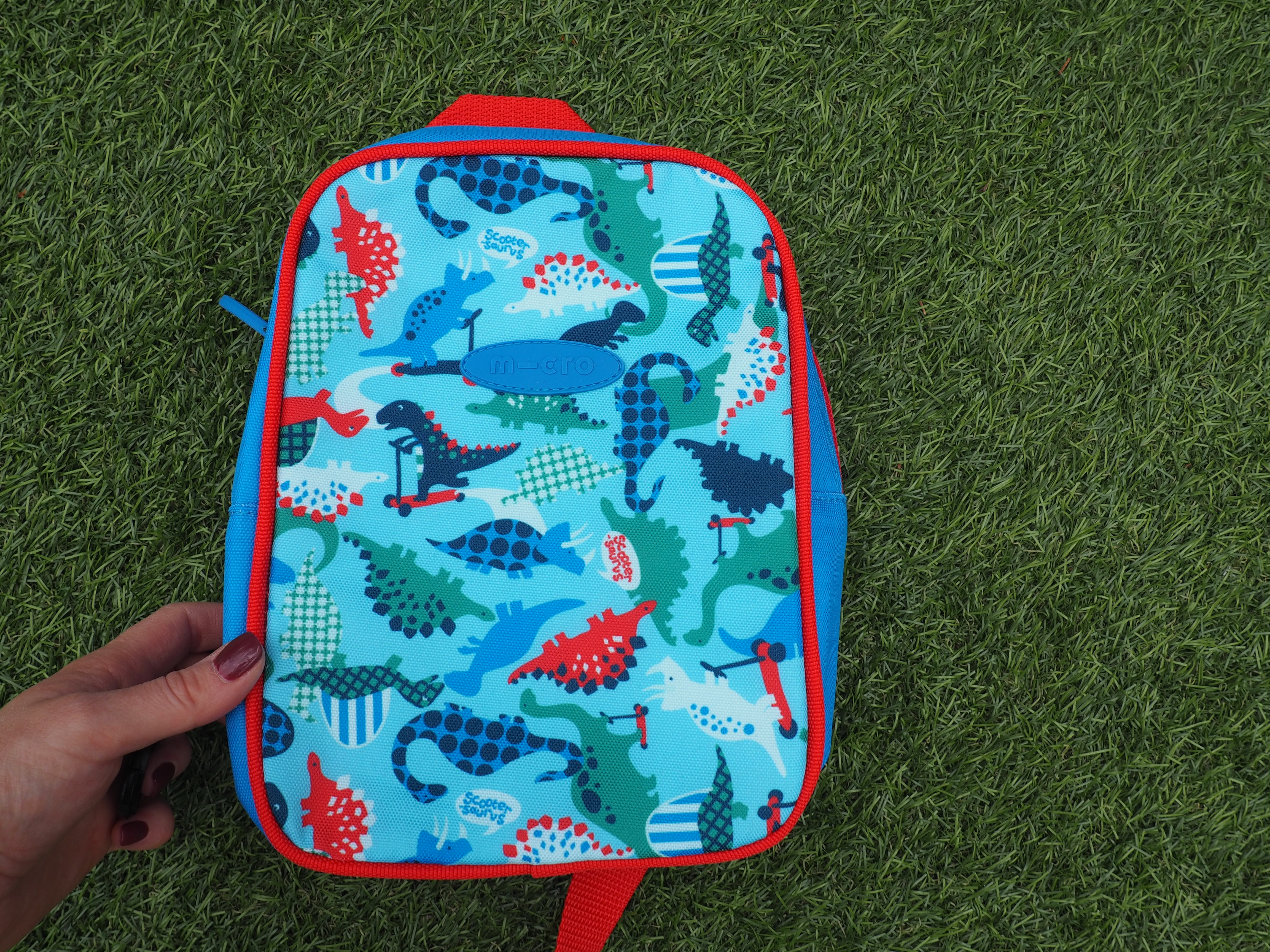 The Mini Micro Deluxe is also easy for a toddler/young child to manouvere themselves, so when Arlo wants to hop off and pull it along for a bit he can. 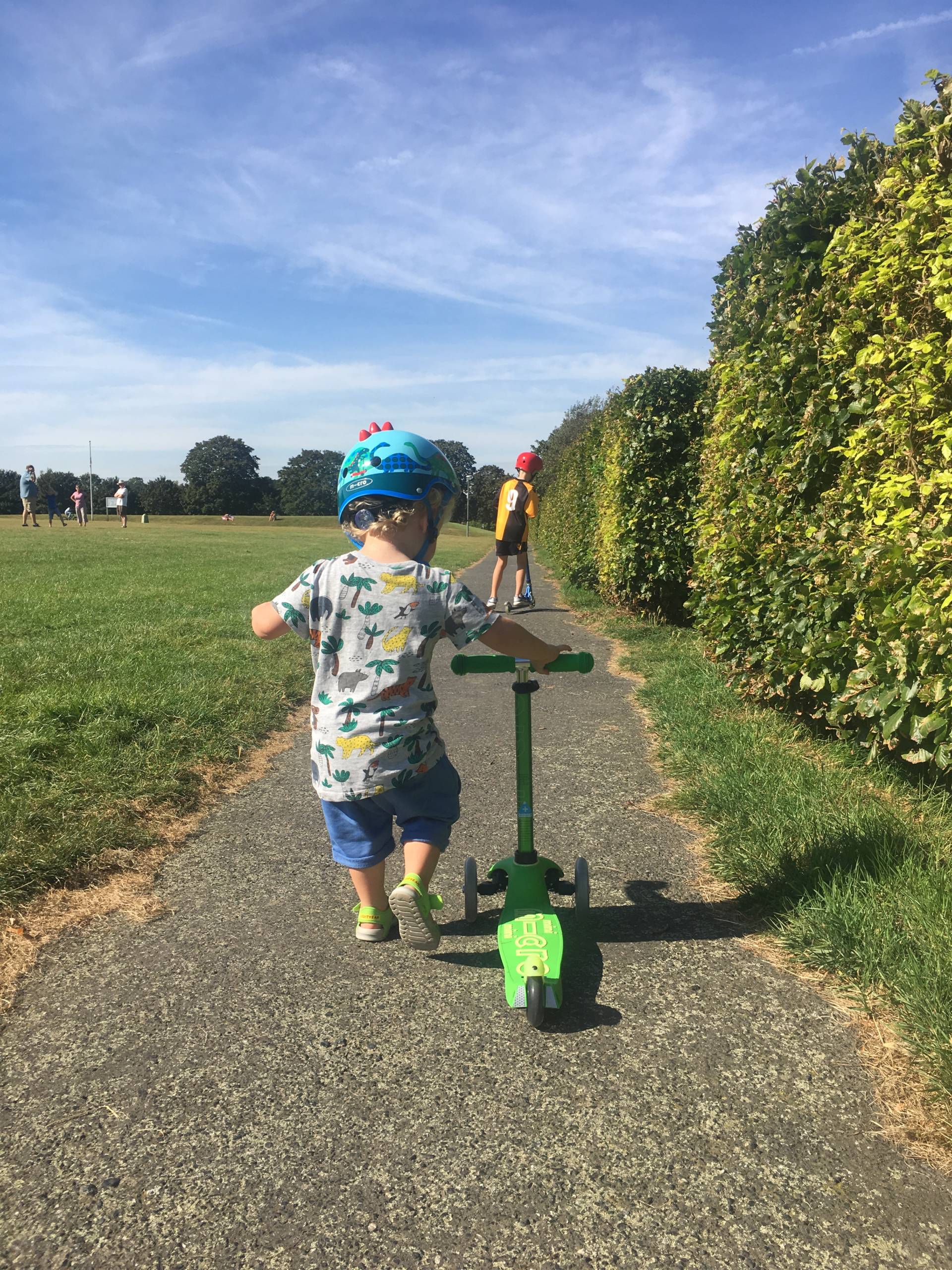 We’ve always been a Micro Scooter family, and now Arlo has certainly become one of the gang! We’re looking forward to more scooting adventures in 2020 and beyond!

*Thanks to Micro Scooter for working with us!

See some of our other reviews here