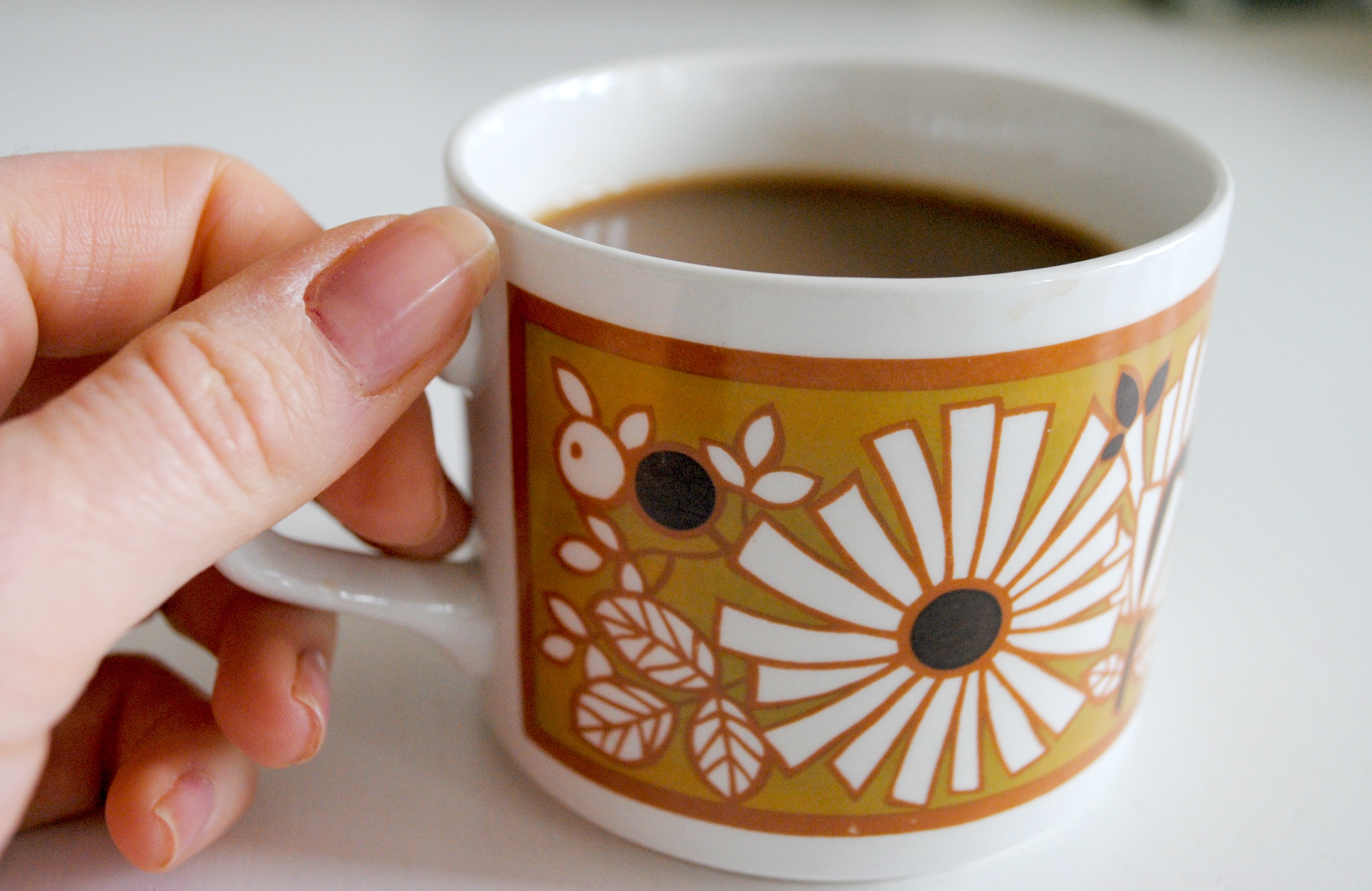 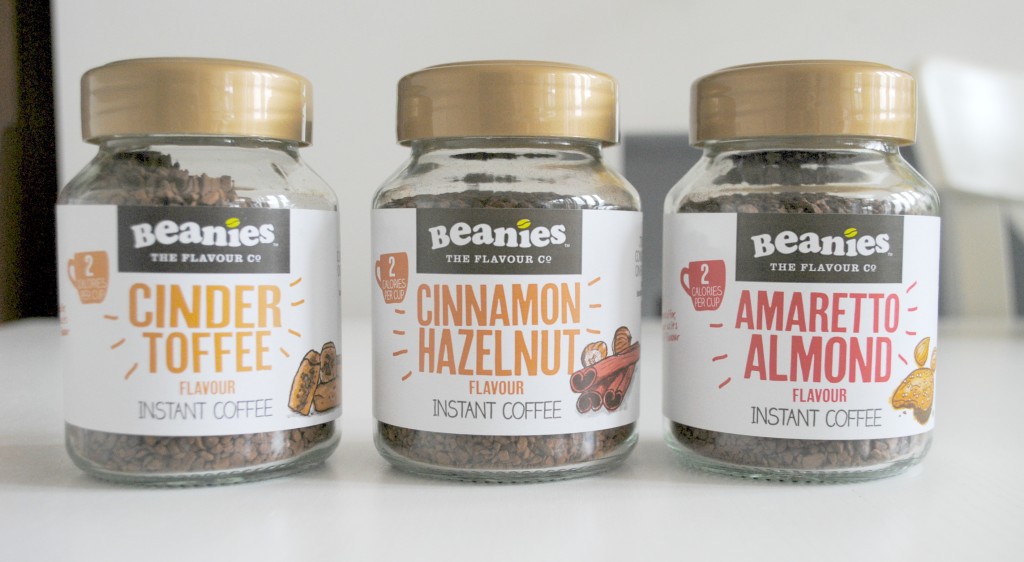 I am a changed woman. Whilst tea will forever have a special place in my heart, I raise my hand and can say now that I, Becky, am a coffee addict. What started as the occasional coffee in our local coffee shop, then progressed to a couple a week, and before we knew it, at Christmas we had decided to purchase a proper grown up coffee machine. We now have a daily morning coffee, and you know what? I don’t feel bad about this at all. It’s my little morning treat, a glorious ritual to wake up to, and it doesn’t half make the house smell good. And my word, do you need caffeine when you have a 3 and 4 year old who still aren’t the best sleepers.

Whilst I love our machine, I am partial to the occasional instant (those coffee pods are expensive y’know), so when Beanies Flavoured Coffee got in touch, asking whether I’d like to try some of their granually-loveliness, well, they’d come to the right household! There must also have been some cosmic telepathy going on (or something) as Id actually been staring at them in Sainsburys, weighing up whether to try some, on the same day that the PR contacted me. Spooky goings on indeed. 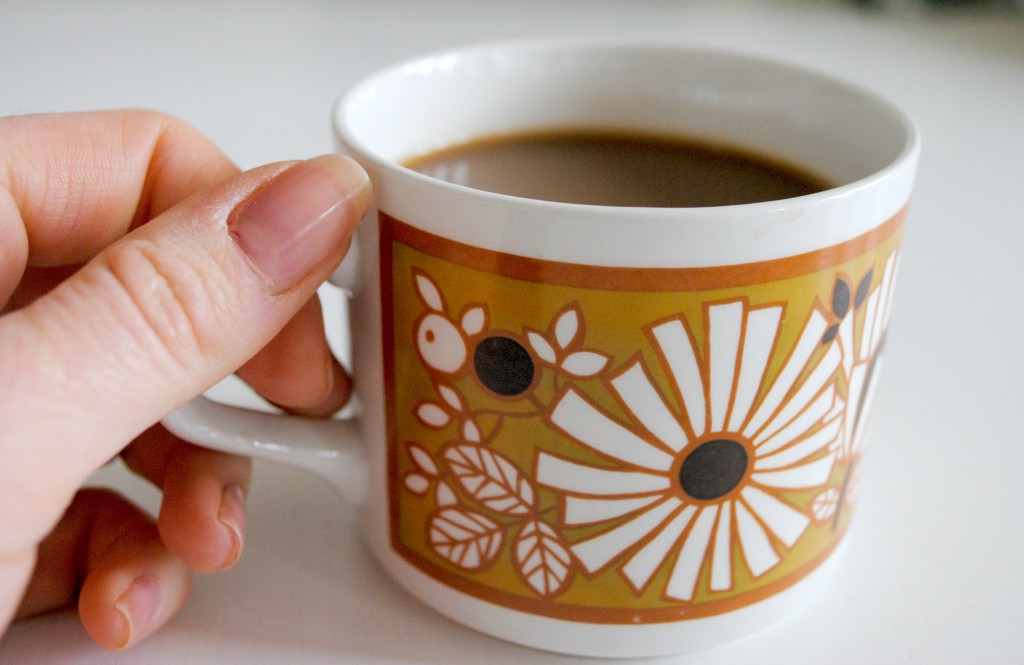 The main thing I was concerned about with these kind of coffees was that they might be too sickly. All three, however, managed to pass this test, smelling like the flavours they should, not too sweet or overpowering.

I can categorically state that the ‘Amaretto Almond’ coffee is especially divine- a fantastic ‘after dinner’ coffee, and one to bring out after a few drinks with friends. I added a dash of milk to mine, and it really was lovely- it felt like a really ‘grown up’ hot drink, and was smooth, with not a hint of bitterness.

‘Cinder Toffee’ would probably be my favourite everyday coffee to drink. The toffee flavouring reminded me of a mocha, yet a quick and easy one to do at home. It was sweet enough without sugar (I don’t usually have any in my coffees), and works well with a just a dash of milk. Yummo!

The one that I wasn’t quite so keen on was the ‘Cinnamon Hazelnut’, which surprised me as I like both cinnamon, and hazelnut. I just didn’t think it tasted that much of either, and left a bit of a funny taste in my mouth. However, it’s obviously horses-for-courses coffee-wise as this was actually Adam’s favourite!

Overall I really enjoyed trialing Beanies coffee, and would certainly buy again, especially the Amaretto Almond, which now has a regular role at evening gatherings at ours.

Have you tried flavoured coffees before? What did you think?

Thanks to Beanies Flavoured Coffee for sending me these coffees- all words and opinions my own.